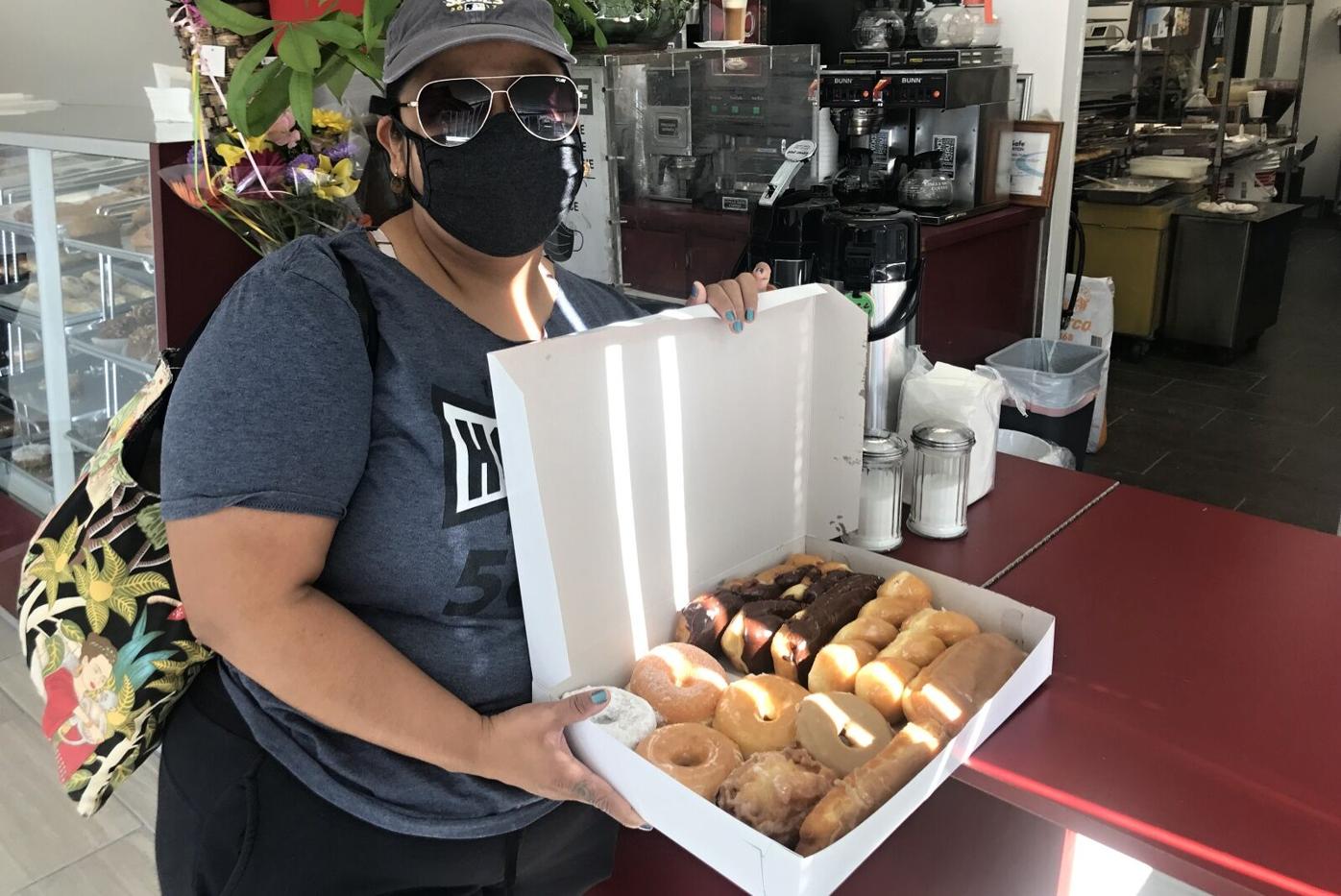 “We tried other donut places and they were OK. Some are very pricey – and not the same kind of quality that you get here.” 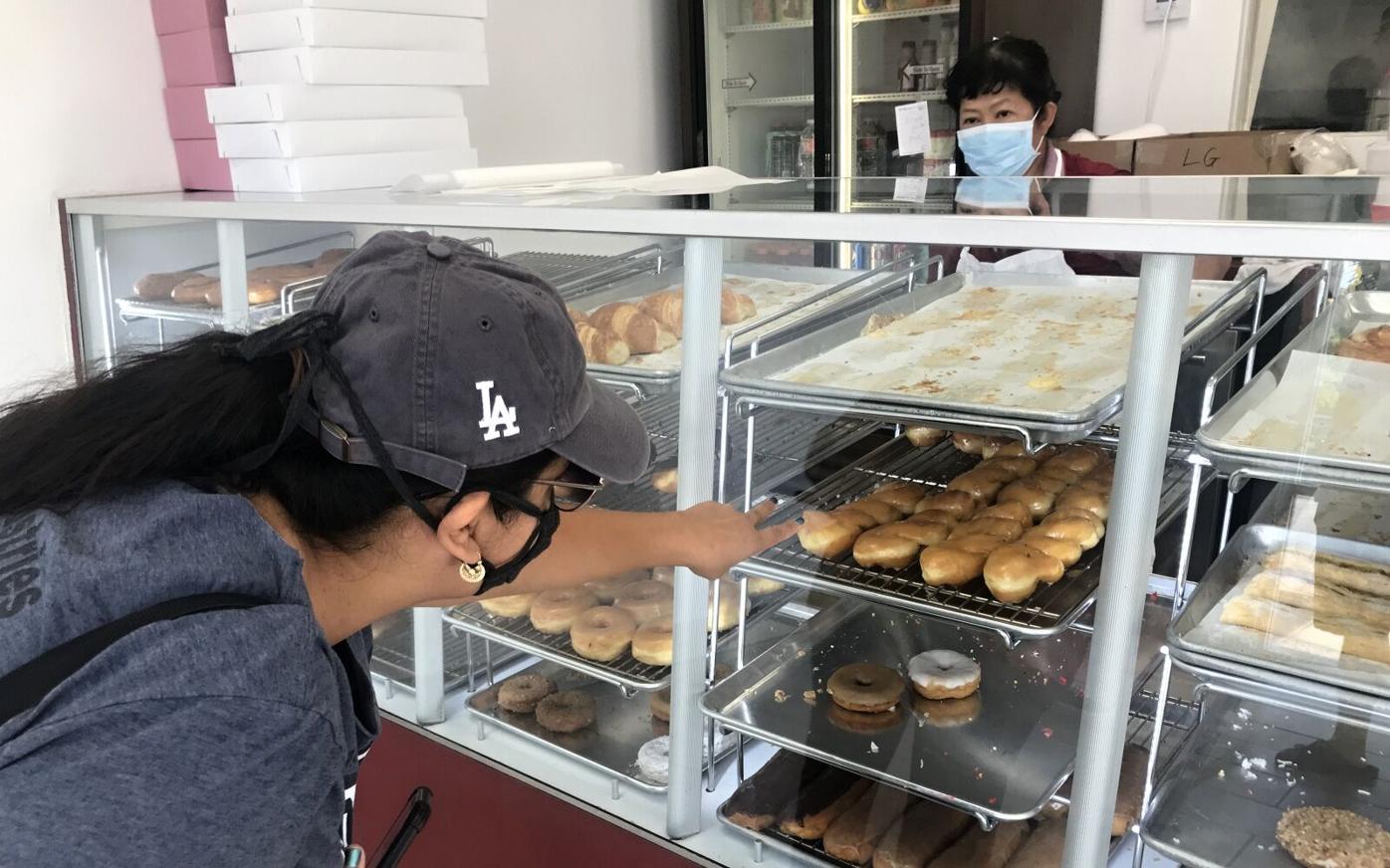 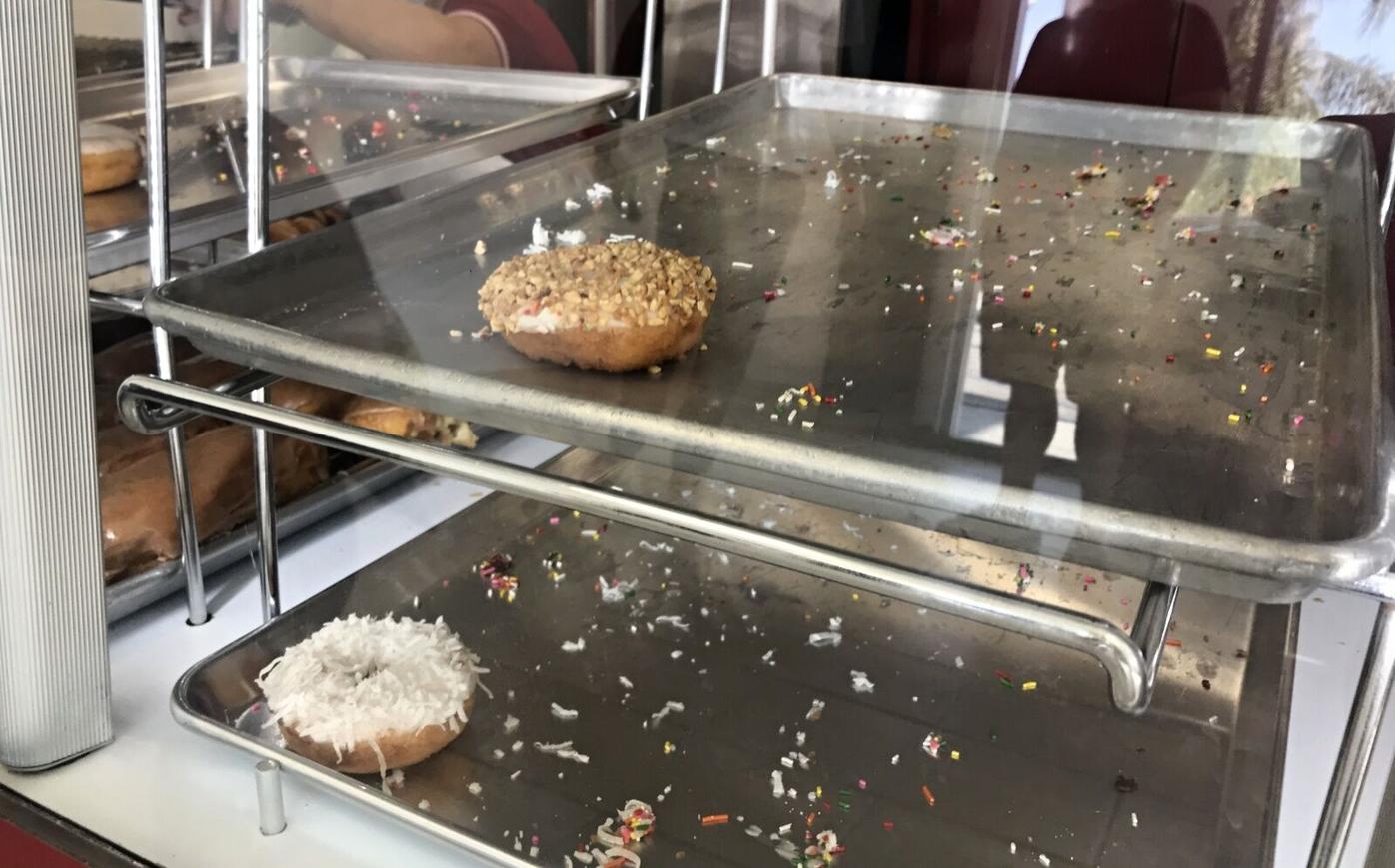 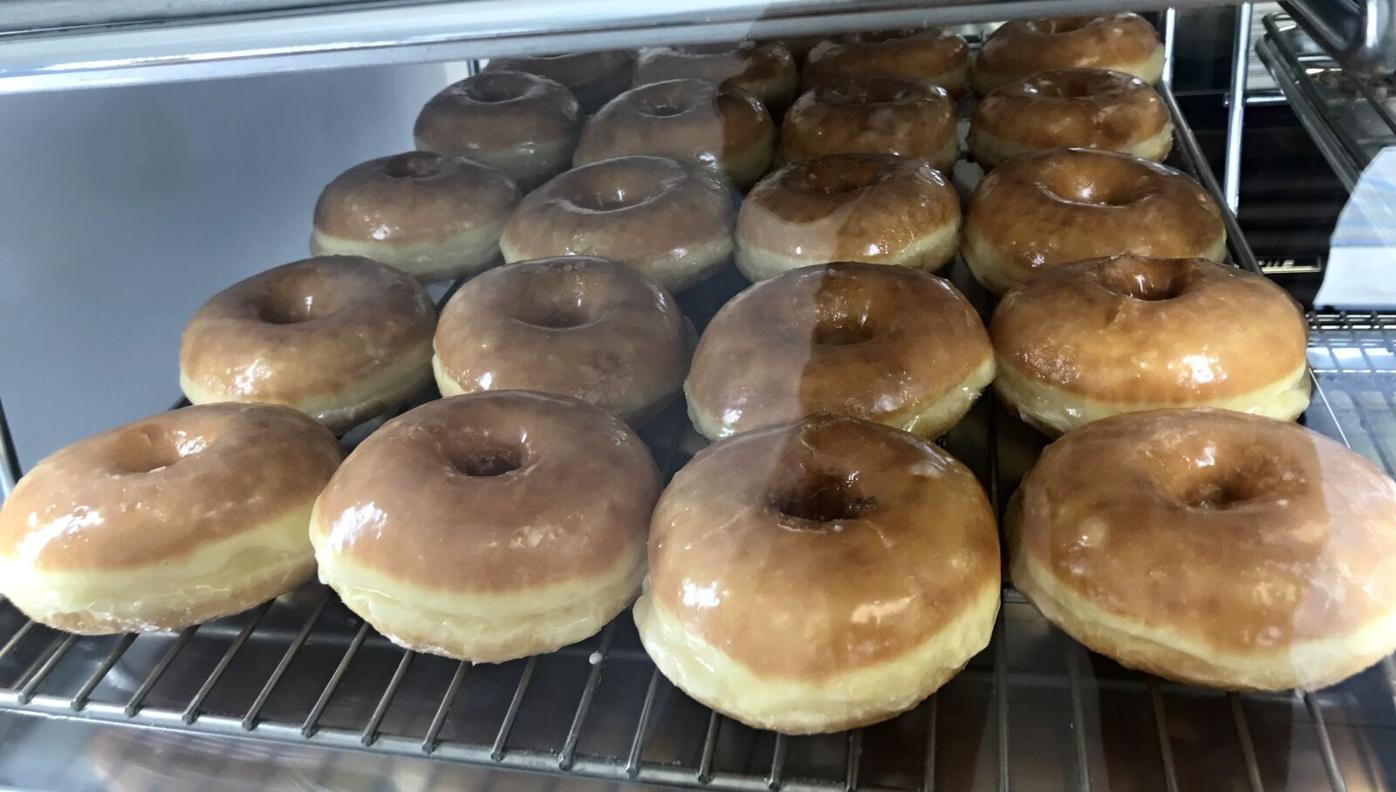 Hermon -- Downtown Hermon is getting a little sweeter these days now that Monterey Donuts is back in town.

Business was brisk last Thursday, the first official day the neighborhood donut store re-opened for customers. Display cases were empty earlier than expected and many customers left donut-less but were determined to return for a sugary fix.

Waiting one more day for their favorite donuts didn't seem like asking too much for these folks. They have been waiting five years for the shop to reopen.

On July 13, 2016, a fire broke out at the nearby dry cleaners, which shuttered the various businesses that share a parking lot at the Fresco Market shopping center off Monterey Road, which serves as the commercial hub of this compact neighborhood.

On its Instagram page in 2016, Monterey Donuts declared: “We thought we were only going to be closed for a few days, but the building turned out to be unsafe and [needed] to be rebuilt.”

Those ‘few days’ turned out to be nearly five years.

Now, customers old and new are thrilled to once again have their beloved donut shop part of the culinary landscape.

“When I heard they were going to be open, I had to mark on my calendar that that day was going to be a ‘cheat day,’” exclaimed Patrick from Monterey Hills who also admitted to just having his teeth clean. “I used to come here at least once a week. I love the chocolate chocolate donuts. But I don’t see them here. Hmmmm....”

Indeed, even at 9:30 am in the morning, many of the trays held only a few donuts, leftover glaze and forgotten sprinkles. Just then, a worker emerged from the back with new trays full of hot fluffy glazed and jellied donuts. Sadly, no chocolate chocolate ones for Patrick though.

“I’m here for coffee and a hot donut,” exclaimed Hugo from Hermon. “This is my spot because I live only a block away. I used to come here almost daily. I am so happy they are back. Hot donuts…man! They are the best.”

Newbies were rubbing shoulders with veterans as everyone stood in line waiting their turn and contemplating which donut to get. The buttermilk? Glazed? Twist? Crumb?

“We just moved into the area and have been waiting for this place to open,” said Phil, holding a pink box with an assortment of donuts to bring back to his family. “I got a little bit of everything. We have to find our favorites.”

Another first-timer was Alicia whose boyfriend sent her with a list. “He says they are pretty amazing. He’s lived in the area for more than 10 years and is so excited. He wants a buttermilk bar, and old fashion and an apple fritter,” she says looking at her cell phone notation. “I didn’t realize it was cash only. I saw the sign and ran to the bank, rushing to get back here to make sure they aren’t sold out. Donuts are going to happen today!”

Longtime fans were giddy as they approached the glass display cases to ponder and to make their donut choices.  “We have been waiting patiently for so long,” said Christy from El Sereno, whose family lives in Highland Park. Her mom lives down the road, and Christy came the day prior to pick up donuts only to discover they were sold out. “I’m getting a dozen donuts because my nephews haven’t had them since they were young. They almost forgot what they tasted like.”

Filling the donut void was hard, Christy admitted. “We tried other donut places and they were OK. Some are very pricey – and not the same kind of quality that you get here.”

During this mid-morning stretch there were already customers waiting in line. Sales were brisk and longtime customers were greeted with a cheery smile. “Yes, I remember you!”

One of the happier customers was Ginny from South Pasadena who often patronized the shop. “My mother is 104 years old and she lives in a nursing home in Sun Valley.  When I visit her, she kept asking, ‘Is that donut place that burned down open yet?’ So, I am finally, finally going to bring her a half of a dozen of her favorites: glazed jellies. She is going to be so surprised. And so happy.”