All Signs Point to Homes in Highland Park, Silv… 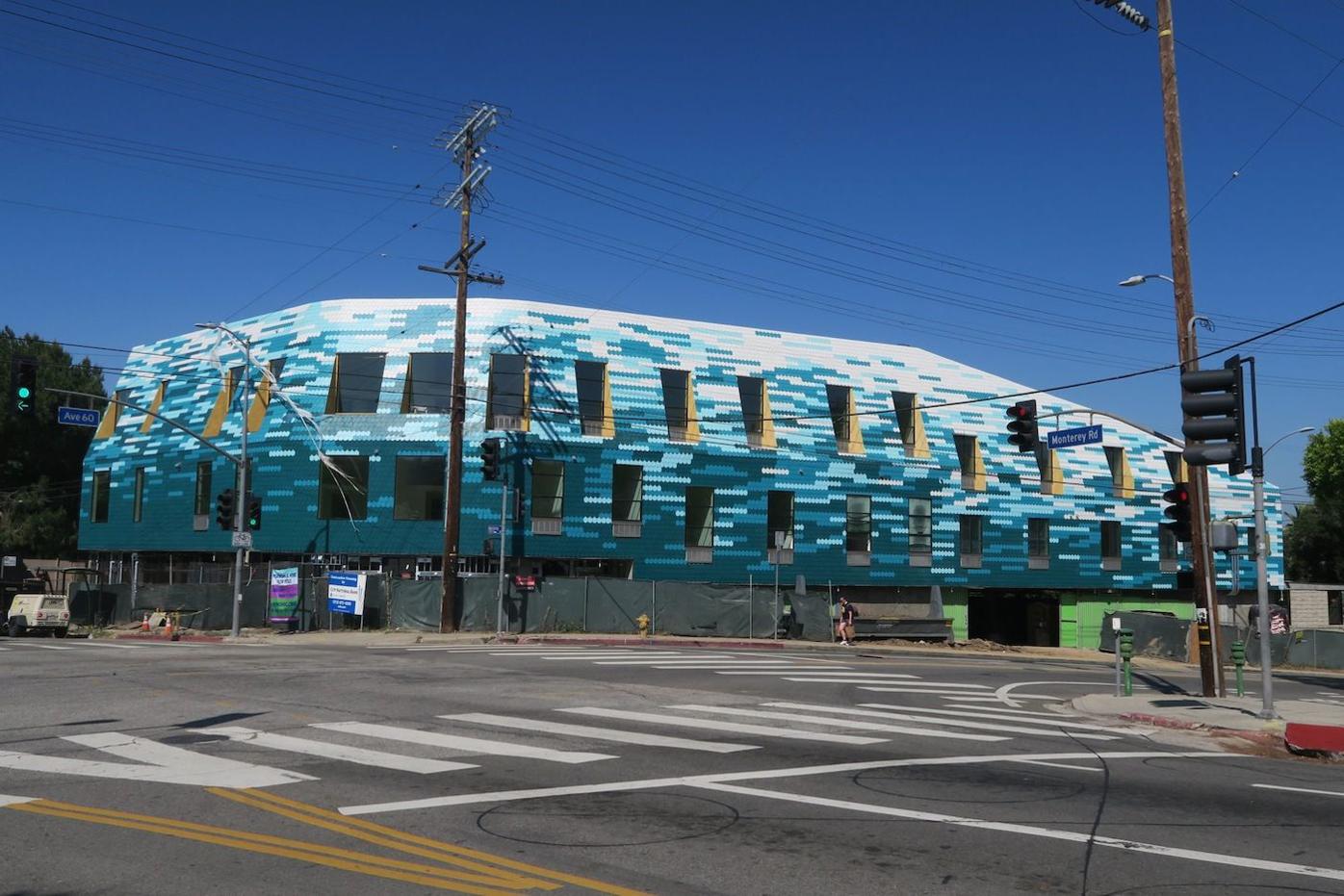 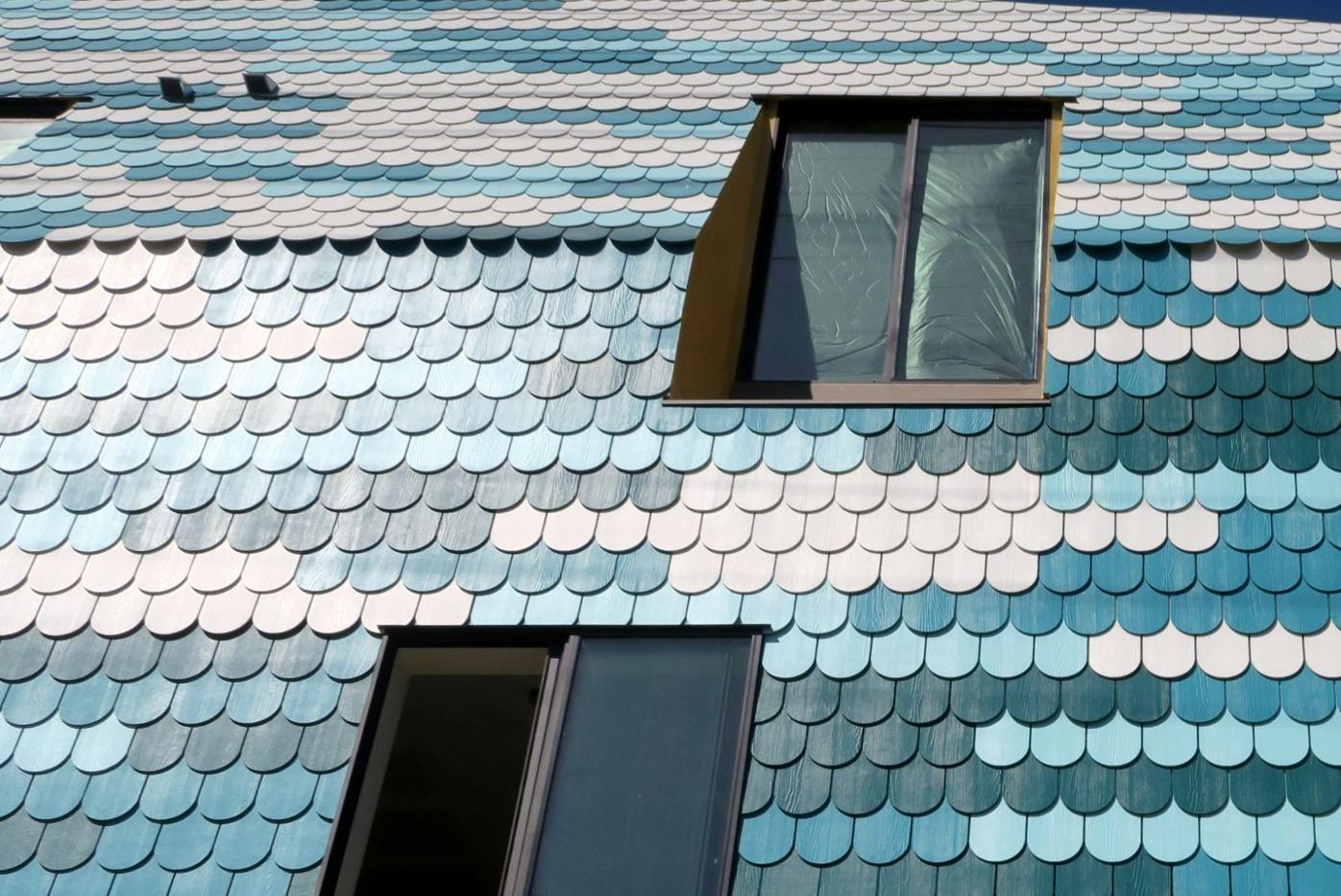 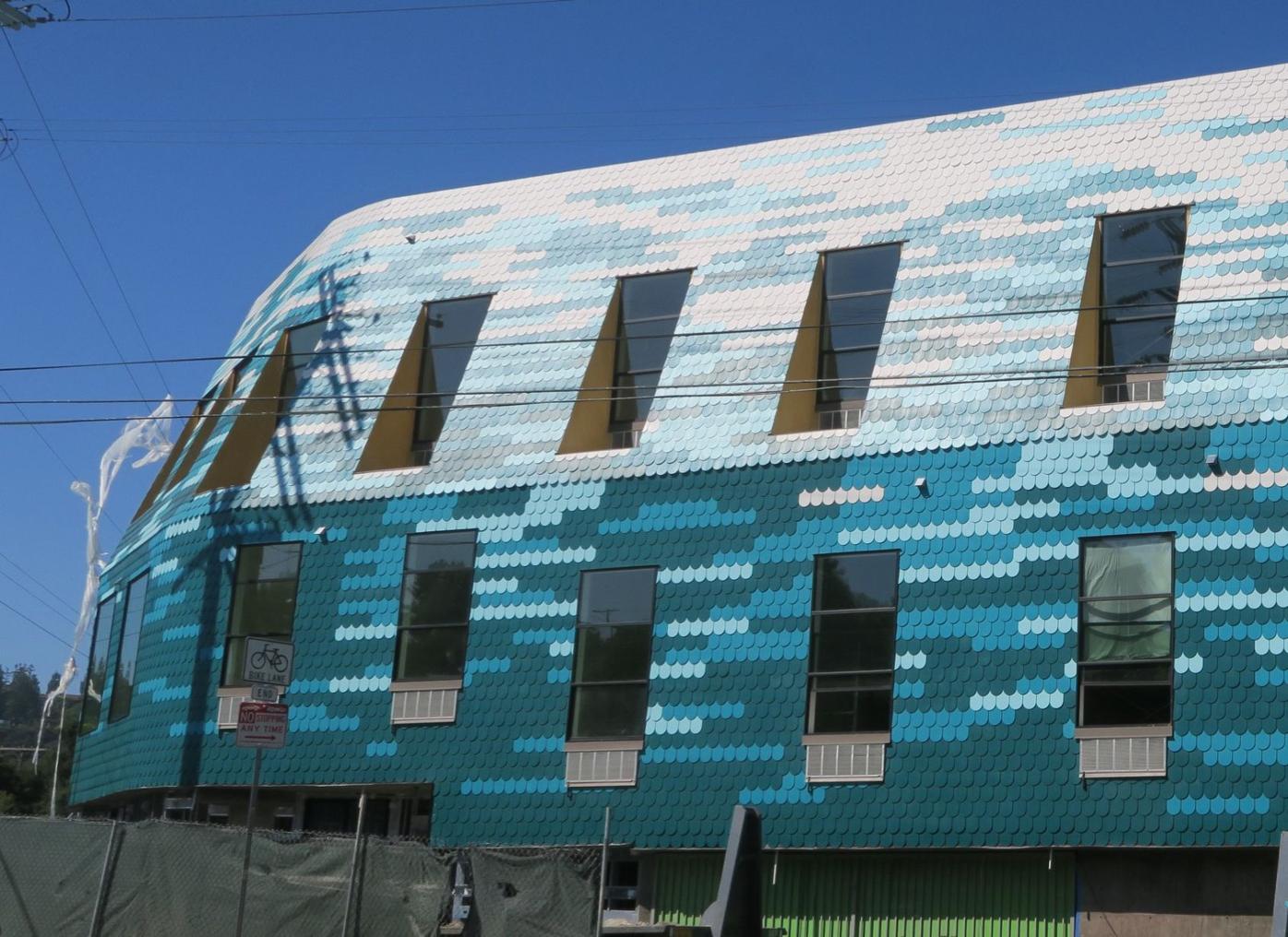 In a way, the three-story apartment building rising at the corner of Monterey Road and Avenue 60 is more blue than if it were only one shade of blue. Instead, the exterior uses 50,000 cement-based shingles with baked-in colors of dark blue, medium blue, light blue, and white - resulting in a digital facade, like a Minecraft rendering of water.

The Monterey Apartments are unique on the inside as well. The thirteen apartments each have four bedrooms, and each bedroom has its own bathroom. So a single unit is essentially four mini-studios with shared kitchen and living areas.

While it could accommodate a family of four, it could also be appropriate for four unrelated adult roommates. The apartments are about 1,500 square feet, and each bedroom is around 300 square feet, though both those sizes vary, according to Jeff Farrington of 4Site Real Estate, which is developing the complex.

As to whether each suite could be rented out in four separate leases or only one, that hasn't been determined, Farrington said. His company has yet to engage a property management company, so there’s no information right now about the leasing terms or the price.

The building also - as the exterior suggests - has a pool, as well as a gym, a spa, a central open-air courtyard, and a backyard barbecue deck overlooking the Arroyo Seco, according to the website of Warren Techentin, the architect on this project.

Techentin, indeed, is no stranger to out-of-the-ordinary and eye-catching architecture. He also designed a four-story apartment Echo Park apartment building on Sunset Boulevard  that the The Eastsider in 2018 said resembled “a giant cheese grater.”

Techentin’s description of the Monterey Apartments doesn’t really address the exterior color scheme except to say the shingles would create "a distinctive and dynamic façade." Mostly, though, he focuses on the function and challenges of the building, noting that it’s close to Highland Park and the Metro Gold Line, making the studio bedrooms a good fit for the area. He also said the footprint of the building is somewhat confined, since it’s limited by the Arroyo Seco Park on the Northwest and a high-voltage power line right next to the building.

"The facade steps down towards the park, and slants away from Monterey Road and Avenue 60 with inset window frames with pops of color," said the statement said on Techentin’s website, referring to the yellow-lined window openings on the third floor.

Do people in the neighborhood have an opinion about the new building? You bet.

"Most people inside (and some outside) of Hermon have an opinion," said Wendi Riser, a local activist who writes the "All Things Hermon" newsletter. "From Hermon NextDoor, more skewed to not liking it - that it doesn't fit into the look of the community. For others, it's growing on them, to the few that like it's strong colorful design as another unique addition to the community."

Farrington said the building should be substantially complete by early summer.

The bigger tragedy is across the street from this at the rebuild 1980s strip mall. Fortune gave Hermon a chance when that ugly thing burned to the ground but it just came back as the exact same street-life-killing blank wall. Where was Wendi Riser when we needed her to stop this monster from being rebuilt. It's a giant middle finger to all of Northeast LA, saying loudly that we don't matter and we don't deserve nice things.

NextDoor is not representative of Hermon at large. We need HOUSING. Aesthetics are not the hill we should die on in a housing crisis, but if course the old white homeowners of Hermon don't think there's a problem because they're wealthy. They won't be too upset about new development once they can cash out on their piece of junk bungalow for $750K and move to Arizona.

I'm going with ugly AF. They just built themselves a teardown.

All Signs Point to Genre NoHo