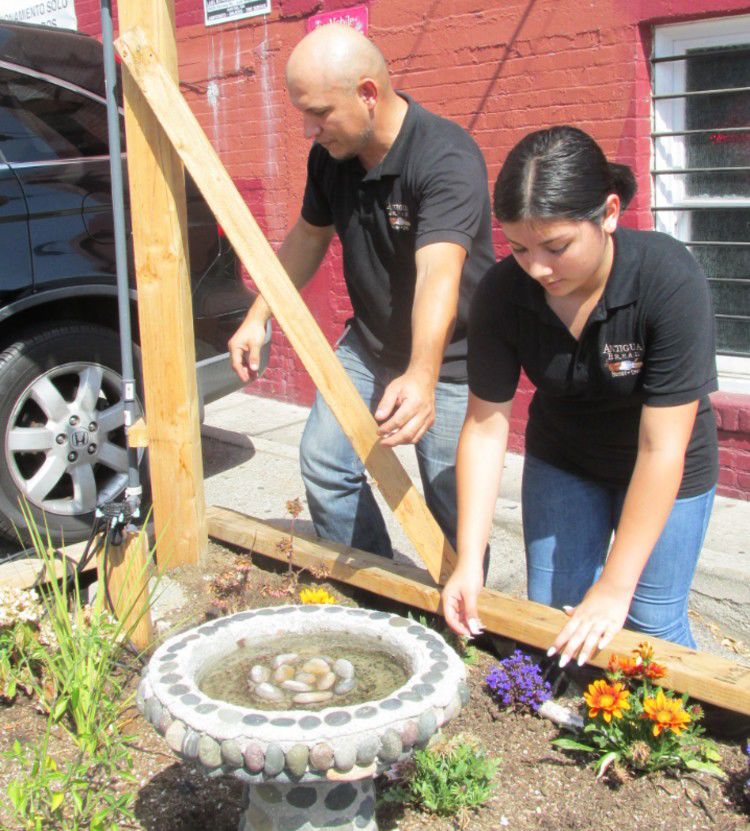 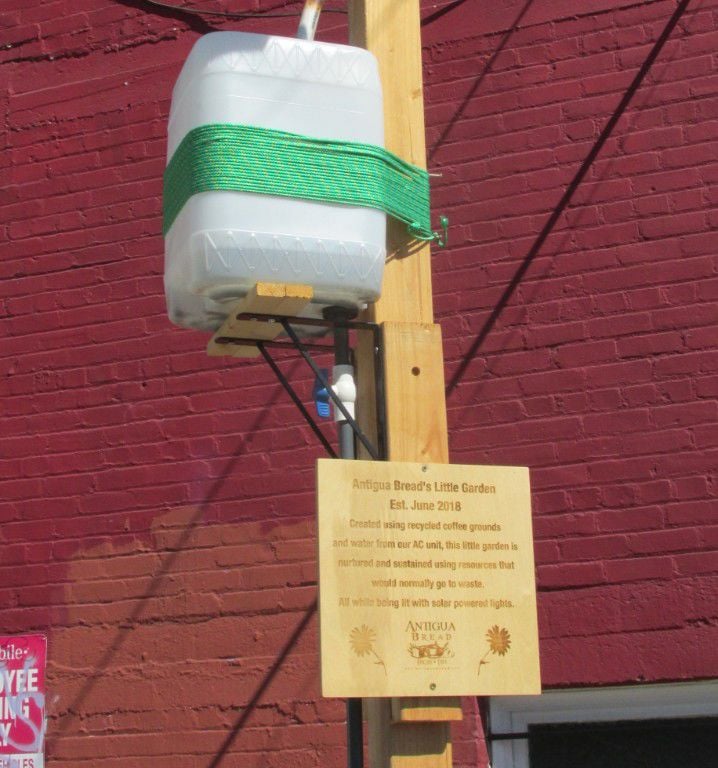 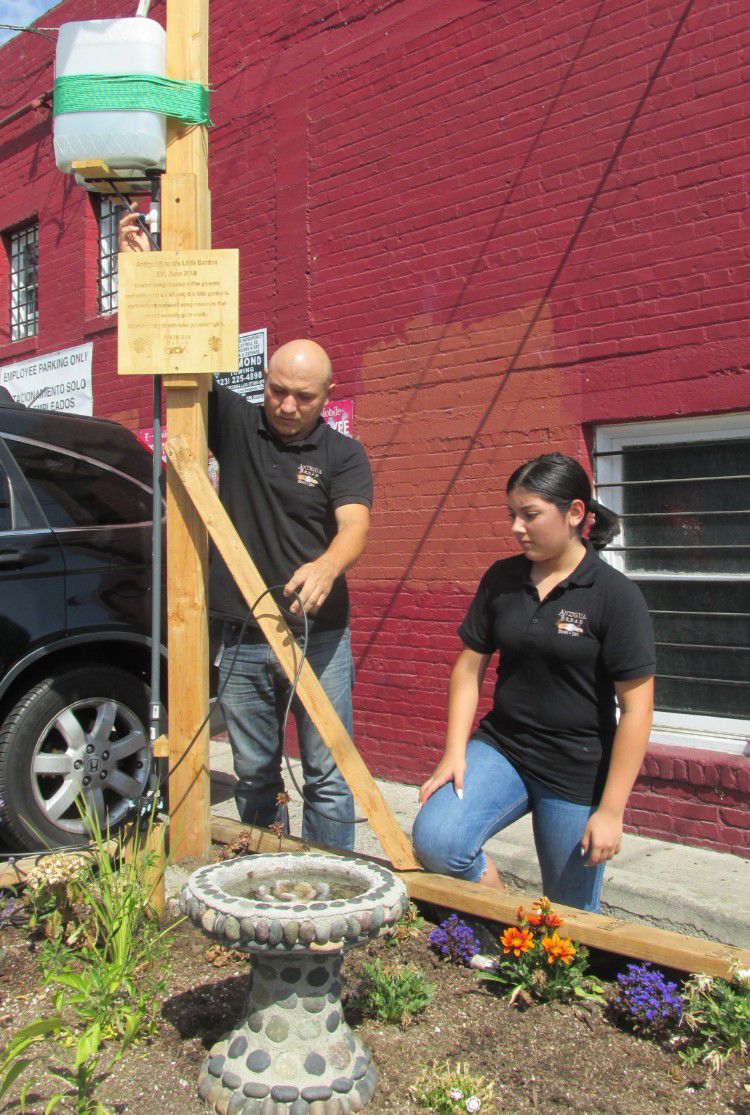 Antigua Bread co-owner Miguel Hernandez and daughter Kathy created a garden irrigated by water runoff from the cafe's air conditioner. The plastic bottle attached to the pole collects the water before being drained into the garden.

HIGHLAND PARK -- As I was walking from the Old L.A. Farmers Market to get my usual cup of coffee-chocolate at Antigua Bread, I noticed a new flower bed in the back of the cafe. Where there was once trash and dead weeds, now there was now a beautiful wood-framed garden bed with colorful flowers and even some vegetables. But there was something different about this approximately 6-by-6 foot garden space. There was a wooden pole sticking out of the middle, and a plastic bucket was strapped to the pole with some sort of tubing leading to the roof.

I went inside to talk with the owners, Dennis and Miguel Hernandez. The Hernandez brothers were both born in Guatemala City, Guatemala, so they named their coffee shop after their hometown. (Antigua is the name of the “old” Guatemala City.) They both moved to Los Angeles in 1999 as teens with their father. They both worked at similar jobs, including work in the food industry, which got them interested in starting their own coffeehouse After lots of work, they started Antigua at 5703 N. Figueroa in September of 2007.

Miguel told me that he had wanted to do something with a little bit of space in the rear of Antigua’s, a somewhat ugly little spot where trash would accumulate. So, with encouragement and help from his teenage daughter Kathy, he built the little, sturdy-framed garden out back.

“You know we throw a lot of coffee grounds away, right?” Miguel asked me. “Well, we filled that little raised bed garden with lots of our coffee grounds. It’s a really good way to recycle the grounds.”

Miguel pointed out that they still end up tossing some used coffee grounds away, because they use so much. They do give some away to gardeners and mushroom growers, and they plan to continually find a home for their used grounds.

“But what’s that plastic bucket up on the post?” I asked Miguel. He broadly smiled and he told me that he realized the air conditioning for Antigua constantly drips out water. “I ran a tube from the AC to that bucket, and the water from the bucket drips down and waters the garden. Why not put that water to use?,” he asked.

Miguel wasn’t sure if the AC condensation would be sufficient to water the garden, but to his surprise, he found that the water from Antigua’s AC system filled the five gallon jug at least three times a day, and up to five times during hot weather.

“There is so much water coming off the AC,” explained Miguel, “that I run the tube to fill those overflow bottles, and I actually take water home for irrigation.”

The little garden also has a little solar lamp, and a bird bath for the birds. It’s a great example of what anyone – even in the urban environment – can do to help save and recycle resources.

The Hernandez brothers also recycle as many of their used cans as possible, in which they receive certain food items.

“We’re just trying to do the right thing to give back to the community,” explains Miguel. “And if we do this, maybe others will do so also, and we’ll all make a difference to our community.”

Christopher Nyerges is the manager of the Old L.A. Farmers Market and author of “Self-Sufficient Home,” “Extreme Simplicity,” and other books.