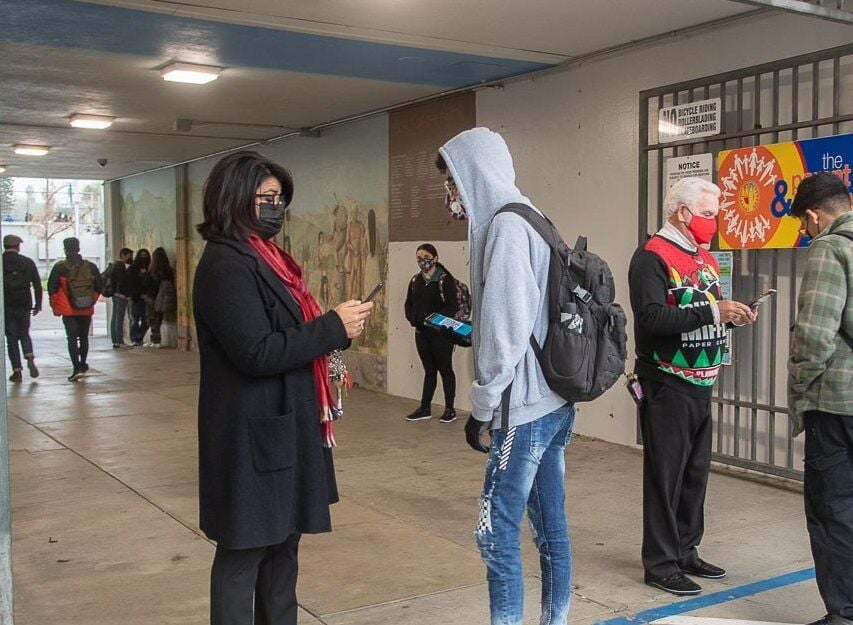 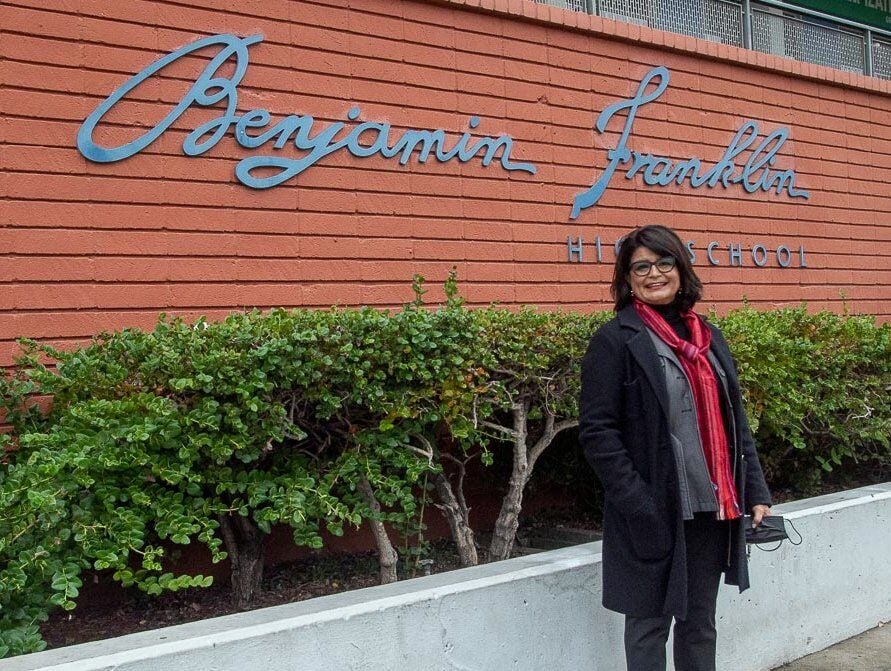 Regina Marquez-Martinez is a 1985 graduate of Franklin High. 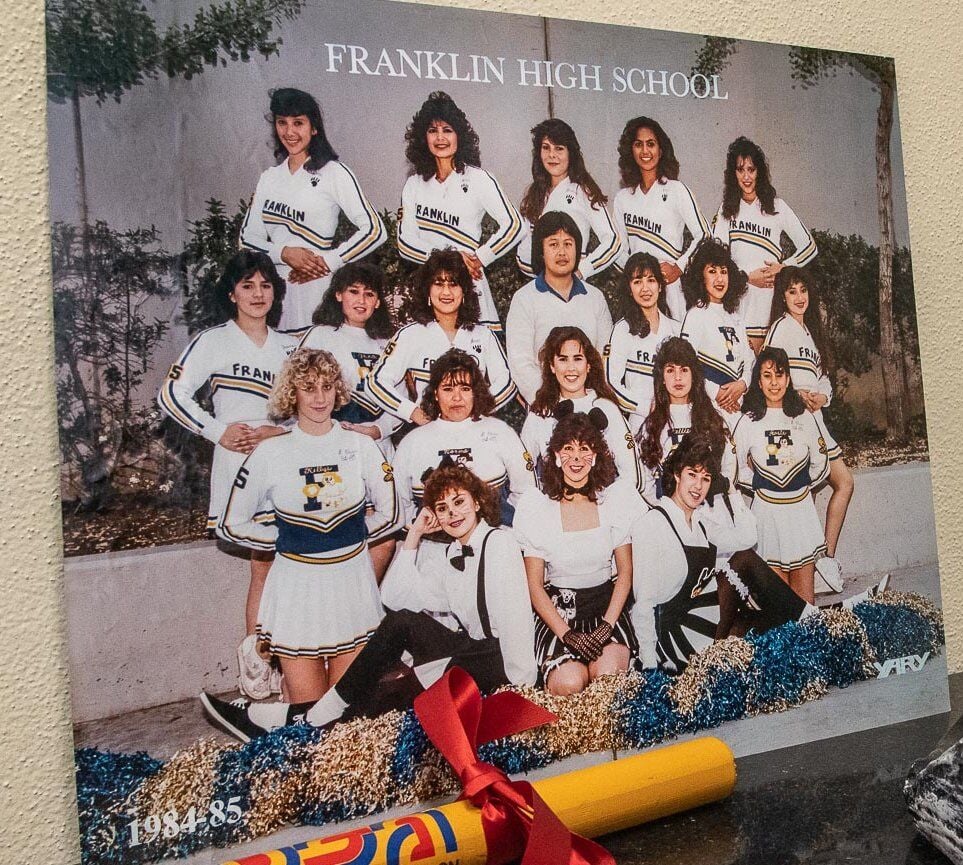 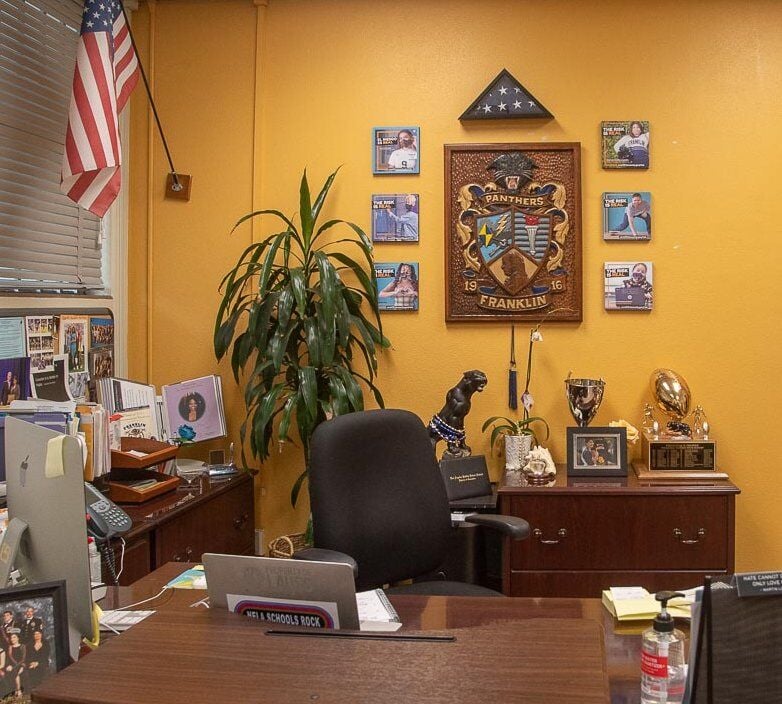 Highland Park – Regina Marquez-Martinez has ties to Benjamin Franklin High School, the likes of which few people have.

Marquez-Martinez is the principal of the approximately 1,400-student school. For most of her life, she has also lived near the campus. In fact, she is a 1985 graduate of Franklin, where she was a student leader and a varsity cheerleader.

In some ways, she continues to be a cheerleader for Franklin and its students. Only now, she encourages youths to excel academically and use their leadership skills to help others, something instilled in her and continues to live by.

“I have to lend a helping hand to the next generation,” Marquez-Martinez said.

After Franklin, her next stop was UC Irvine, where she excelled in Spanish but lacked specific skills. Since Marquez-Martinez had never written an essay before, she struggled academically.

“I started to see how not having the right tools could affect you,” she said.

With help from a college friend, she developed study skills. The future high school Spanish teacher also vowed that her students would write essays. Marquez-Martinez went on to teach Spanish at Polytechnic High School in Sun Valley.

After some time, Marquez-Martinez began to consider other options within education.

In 2015, shortly before her 30-year high school reunion, Marquez-Martinez was named principal of Franklin High. Soon she was organizing events, including campus tours, meant to draw students to the campus which had been losing enrollment.

At the direction of the district, she launched a dual language program that now has 230 students from sixth through 12th grades. Next, Franklin welcomed disabled students into regular classes. That made it possible for them to successfully complete Advanced Placement courses, Marquez-Martinez said.

Next, Marquez-Martinez had Franklin's gifted students (24% of the student body) take AP courses as early as ninth grade rather than wait until 11th or 12th grade.

On top of all that, Marquez-Martinez held a celebration for the school's 100th anniversary.

Retired Franklin teacher and cheer advisor Rose Low says Marquez-Martinez, who was one of her students, is now a role model for a new generation.

“Kids look at her and see themselves in her,” Low said, adding they believe they can succeed, too.

Marquez-Martinez's most challenging experience at Franklin was dealing with the pandemic. Switching to online classes was jarring. The return to campus was difficult as well, as it required connecting new students who hadn't been on campus before.

But the staff focused on creating a virtual school, and Franklin teachers adapted to instruction via computers, said Marquez-Martinez.

New students who had only attended virtual classes made connections with the help of student leaders.

Despite the pandemic, Marquez-Martinez reminds students that the Franklin High community has overcome numerous challenges over the past century

“They saw World War I, the Spanish Flu, World War II, Vietnam” and more, she said. “We’re going to survive this.”