All Signs Point to Homes in Echo Park, Highlan… 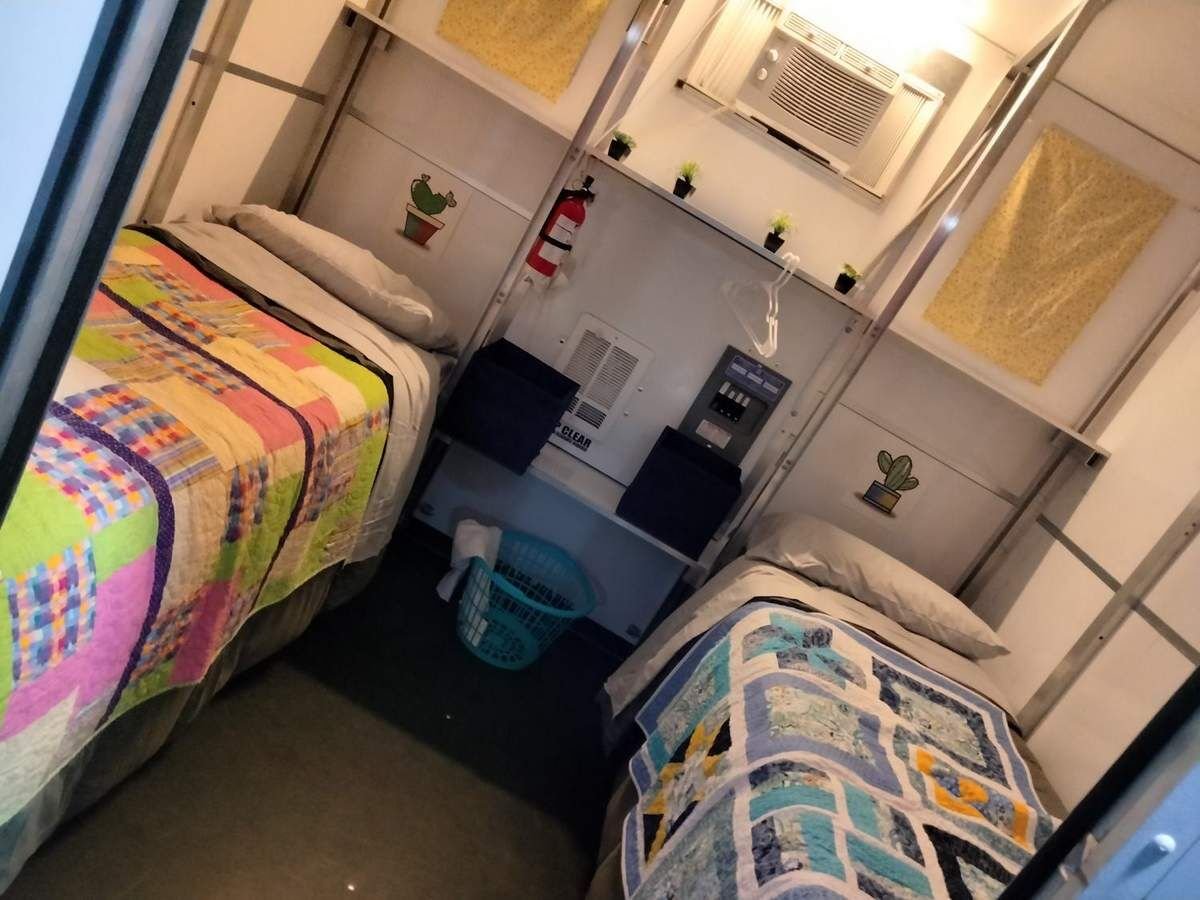 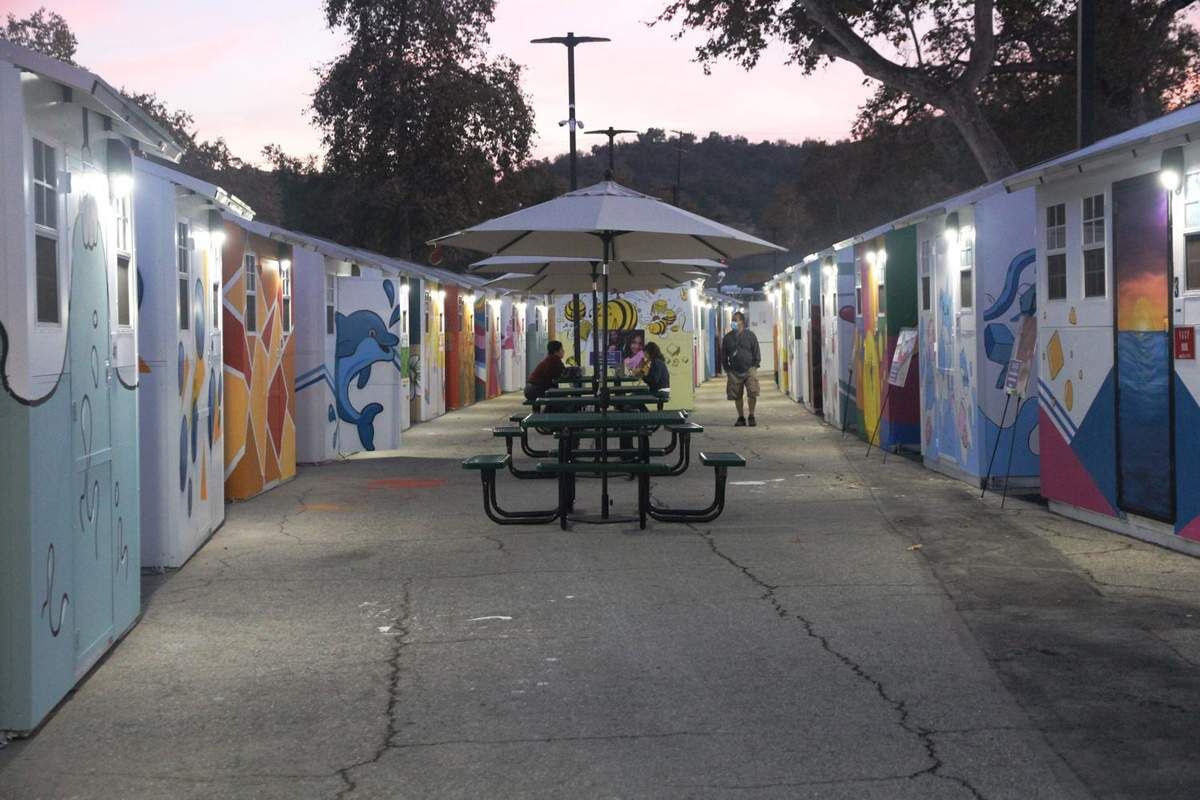 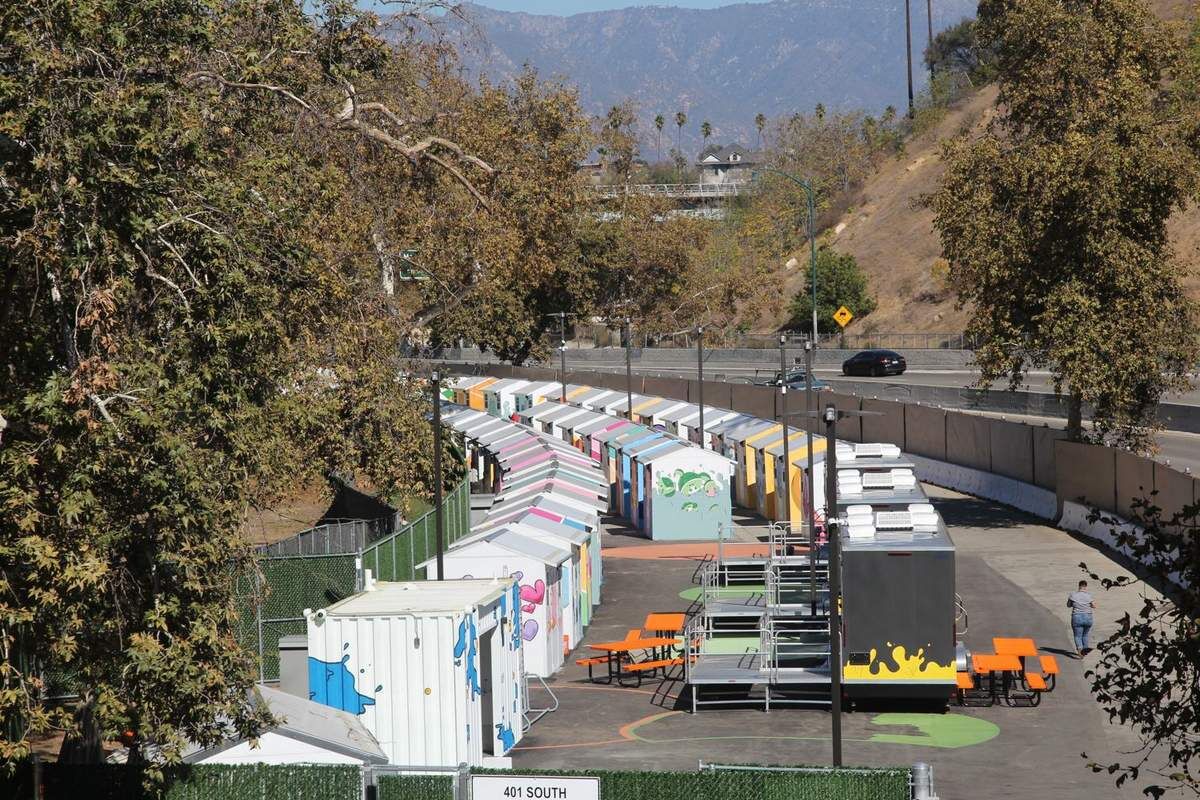 In Los Angeles, the nation’s homelessness epidemic is playing out in broad relief. Criticized for an inability to stem the crisis, city officials have responded by thinking small — or in this case tiny — and creating villages or clusters of tiny homes for people experiencing homelessness.

Eastside Voices & Views is where our readers can share stories, opinions and present ideas on neighborhood issues, problems and potential.

The recently opened Arroyo Seco Tiny Home Village in Highland Park is the seventh to open in L.A. County and the largest in the United States. The City of L.A. built the 114-unit facility using city funds at an estimated cost of $55,000 per bed.  Like five other such sites across L.A., this village is operated by Hope of The Valley Rescue Mission, a non-profit homeless services organization.

These Tiny Homes are, in fact, quite tiny. Most of the buildings measure just eight feet by eight feet square with a nine-foot ceiling. Each home features a locking front door, screened windows, heater and air conditioner.

As part of a “housing first” strategy, the creation of tiny homes is not novel.  However, they represent a new County-legitimized way of sheltering the community — and doing so visibly.

Historically, small utilitarian spaces like caves, igloos, yurts, and even early frontier houses have all served to shelter people from the elements.

Henry David Thoreau famously promoted the benefits of living in a small space in "Walden; or Life in the Woods" from 1854. Today, thanks to tiny home pioneers Lloyd Khan and Bob Easton, who published "Shelter" in 1973, the tiny home movement is as robust as ever.

So it only makes sense that the tiny home concept has been applied to help address the growing problem of homelessness. In fact, Los Angeles isn't the only city experimenting with such homes for homeless residents. Similar programs have popped up in Minneapolis, Seattle, Albuquerque, and London.

This isn't the first time tiny homes have been made available to the city's homeless population. In 2016, Elvis Summers started building small, solar-powered structures and placing them near homeless encampments on overpasses above the 110 Freeway and in South Los Angeles.

Although embraced by the homeless community, others didn't share Summers's zeal. Residents saw the homes as eyesores and dens for illegal activity. City officials declared the small buildings safety hazards and had them flagged for confiscation. Summers built nearly 40 of his homes, at the cost of about $1,200 each, before the city shut his efforts down.

The goal of the Highland Park village is to serve people where they are at, focusing on people within a 3-mile radius of the site. This keeps communities together. It is also a fundamental misunderstanding of critics that these shelters will necessarily bring more homeless people into the community.

Still, naysayers abound. A petition to stop a local project, for example, had nearly 800 signatures. But efforts to welcome and introduce the neighborhood into its design, function (through wraparound services), and the village itself, continue to generate local support.

Gregory Stevens is a professor of public health at Cal State LA, and author of the book Vulnerable Populations in the United States. Tom Fassbender is a writer for the Los Angeles Explorers' Guild and long-time resident of Highland Park

A version of this article was originally published at The Medical Care Blog.

Have an opinion or idea you want to share?

Here's are some guidelines for sharing them with Eastsider readers: