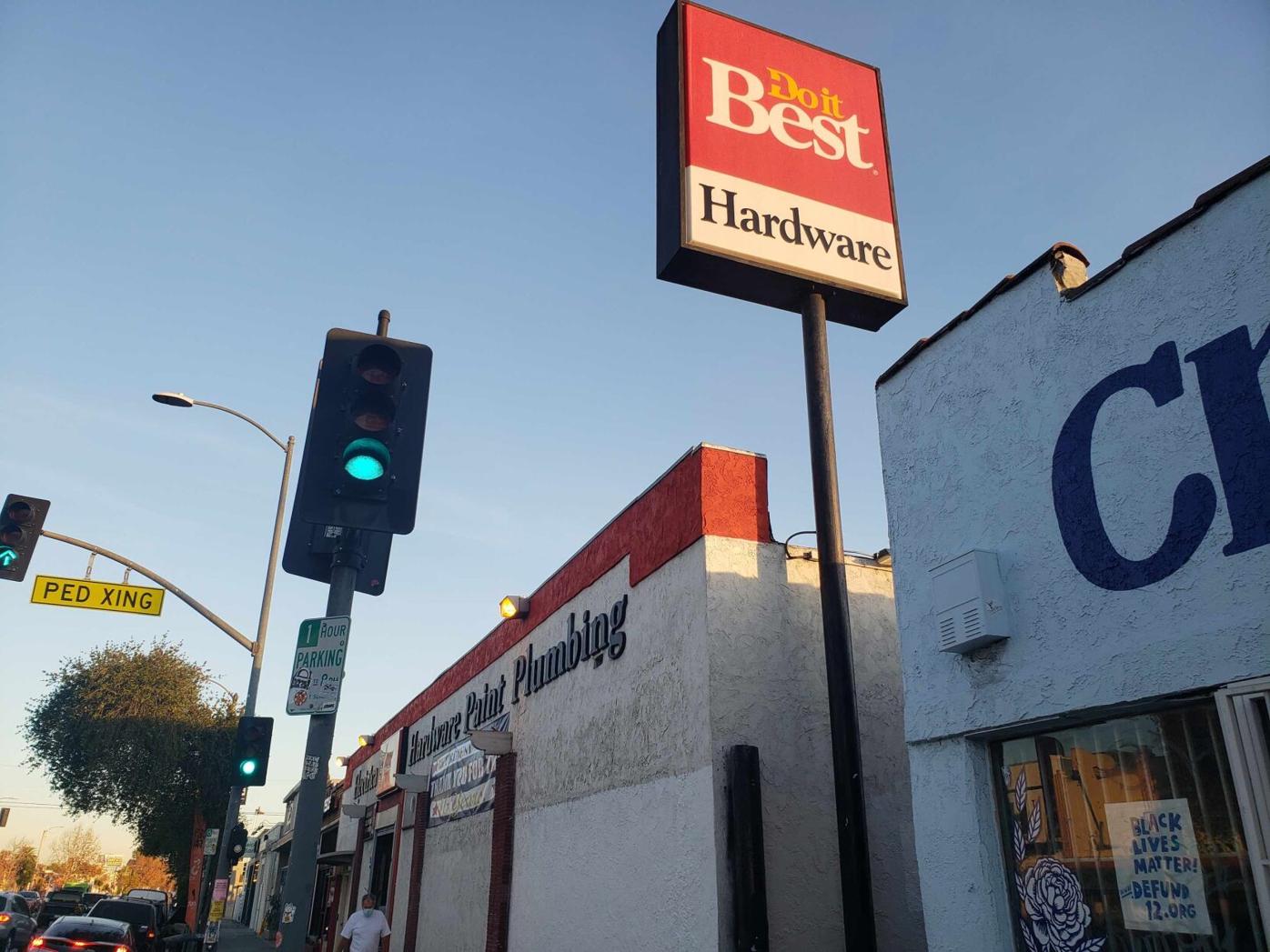 Do It Best Hardware has a prime spot on York Boulevard. 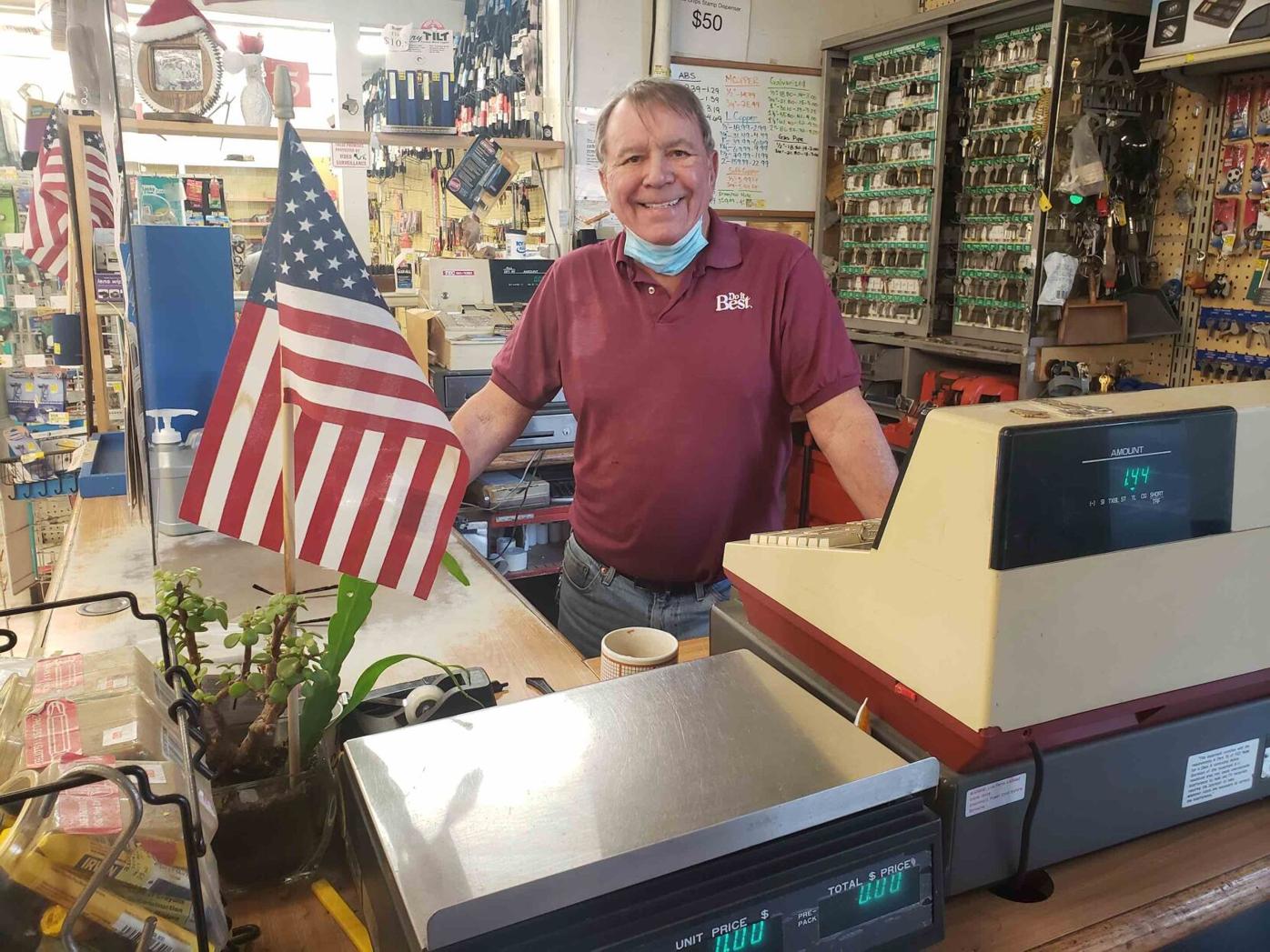 James Rossi of Do it Better contemplating retirement. 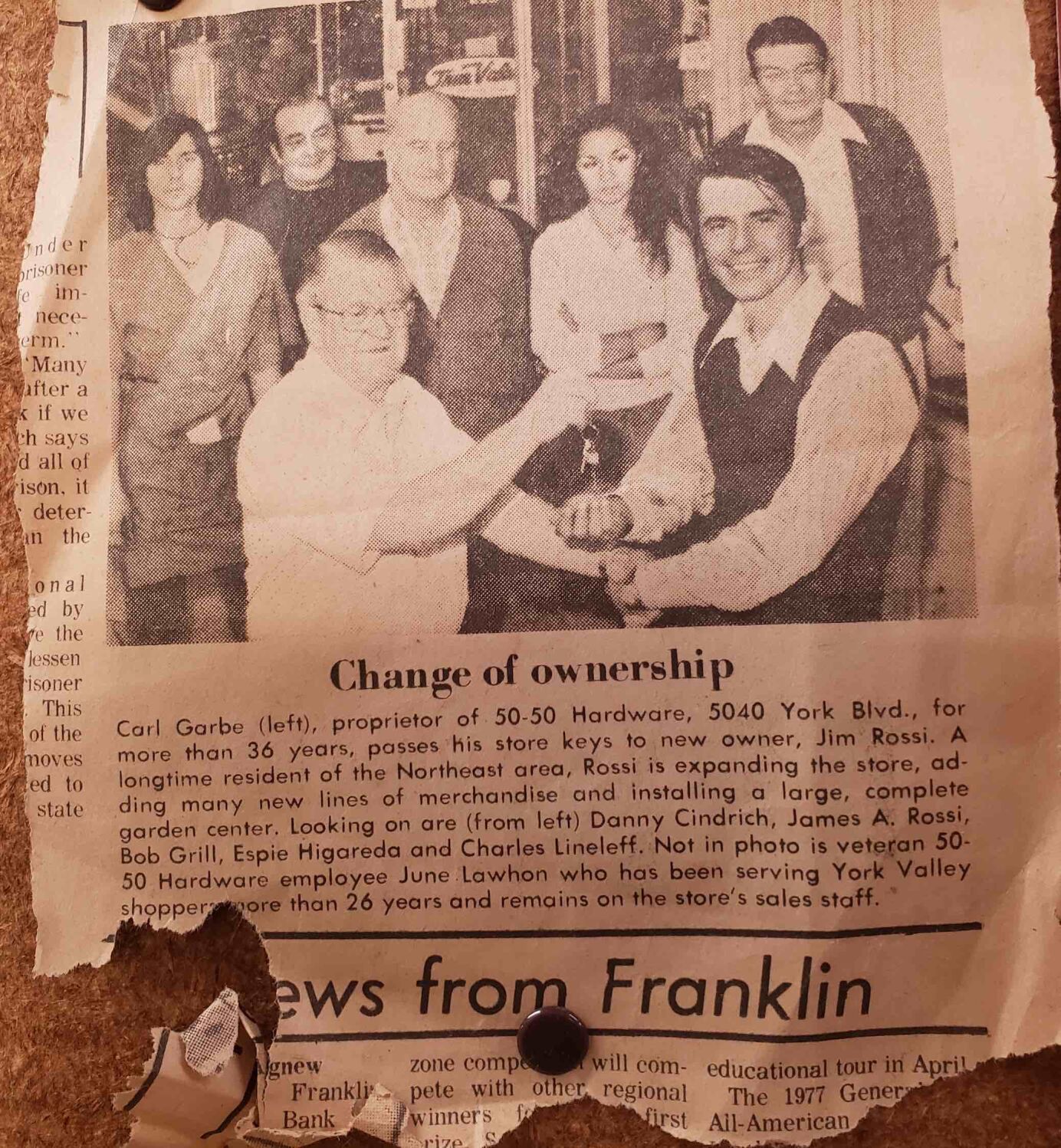 News clipping from when James Rossi and his family took over the business in 1976. 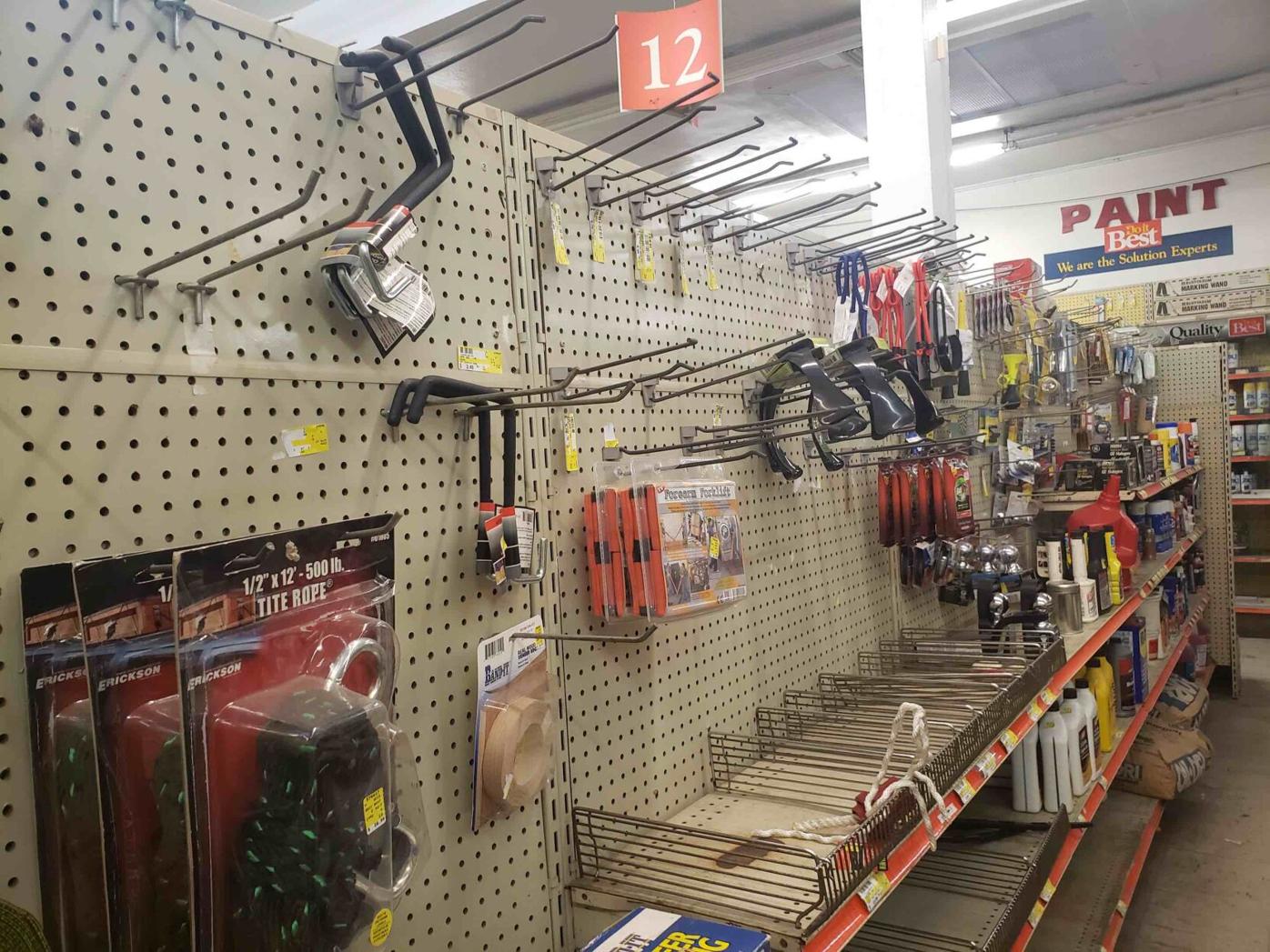 Empty racks at Do It Better Hardware.

Highland Park - After nearly 45 years, Do It Best Hardware on York Boulevard - one of the last independent hardware stores in Northeast LA - is closing down and being taken over by another indie retailer: Baller Hardware of Silver Lake.

The deal will give Baller its second location after 61 years in business.

Do it Best owner Jim Rossi will keep ownership of the York Boulevard property -- set amid a gentrifying strip of stores and restaurants --  and lease the space to Craig Cowie of Baller.

Two other reasons for moving on with his life, he said, were the death of his nephew, James DeAngeles, in 2005, and the death of longtime employee and manager, George Ramos, in 2019.

“I was staying open for those two guys,” said, Rossi, who hasn’t even lived in California for the last two years. He has just been commuting in from Las Vegas to work at the store three days a week. He even tried selling the building, but the pandemic caused that sale to fall through.

Cowie, in the meantime, has wanted for years to have another store. He also happens to use the same supplier as Rossi. So when their mutual sales rep told Cowie that Rossi was looking to move on, Cowie reached out immediately.

Now, the Highland Park store will operate under the Baller Hardware name.

Rossi now hopes to complete the sale as soon as April - June at the latest. He’ll pay a bonus to his employees, then head off to Nevada permanently to enjoy Lake Mead and Mount Charleston. He will still, however, own the York Boulevard building, and he’ll now be collecting rent.

As for Cowie, he said he’ll be keeping the same employees (and probably add a few more), and he’ll still be buying from the same sales rep. But other than that he doesn't plan any major changes.

Currently, many of the racks are empty, as the old Do It Best winds down. “It’s a shell of what it used to be,” Cowie said.

The new Baller Hardware will look a lot like the current one in Silver Lake, Cowie said - including the lumber, and the live plants. The hours will also expand.

Until then, Rossi is trying to get rid of whatever is left of the old stock. Starting on Jan. 16, nearly everything is going on sale for 20% to 40% off. The sale will continue until the shelves are clear or sometime in the middle of the year, when the store changes hands.