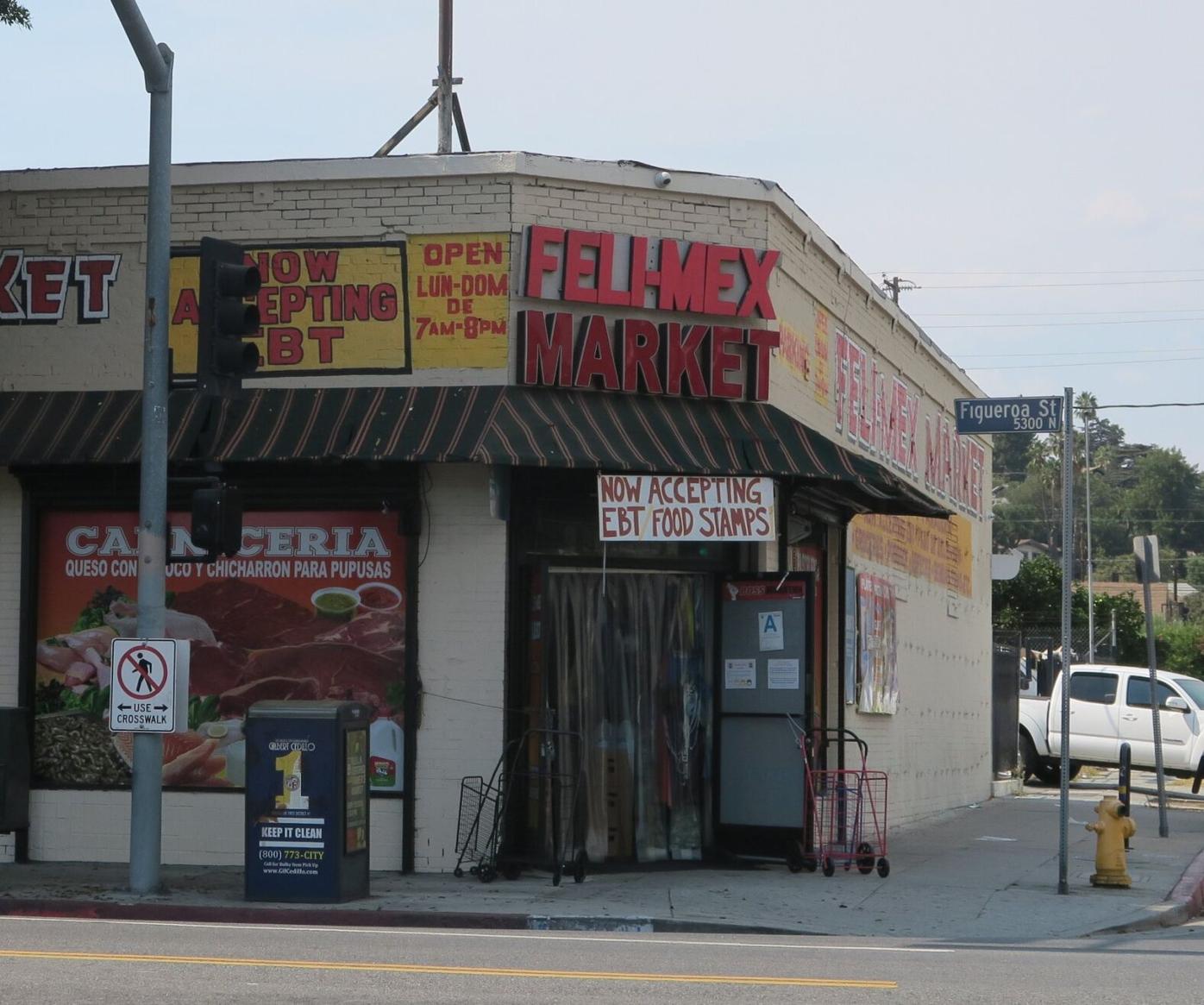 The former site of the Mechicano Art Center at 5337 N. Figueroa St. -- now a corner market -- has been designated a historic landmark. The Chicano arts center focused primarily on educating children and young adults during the mid 1970s. 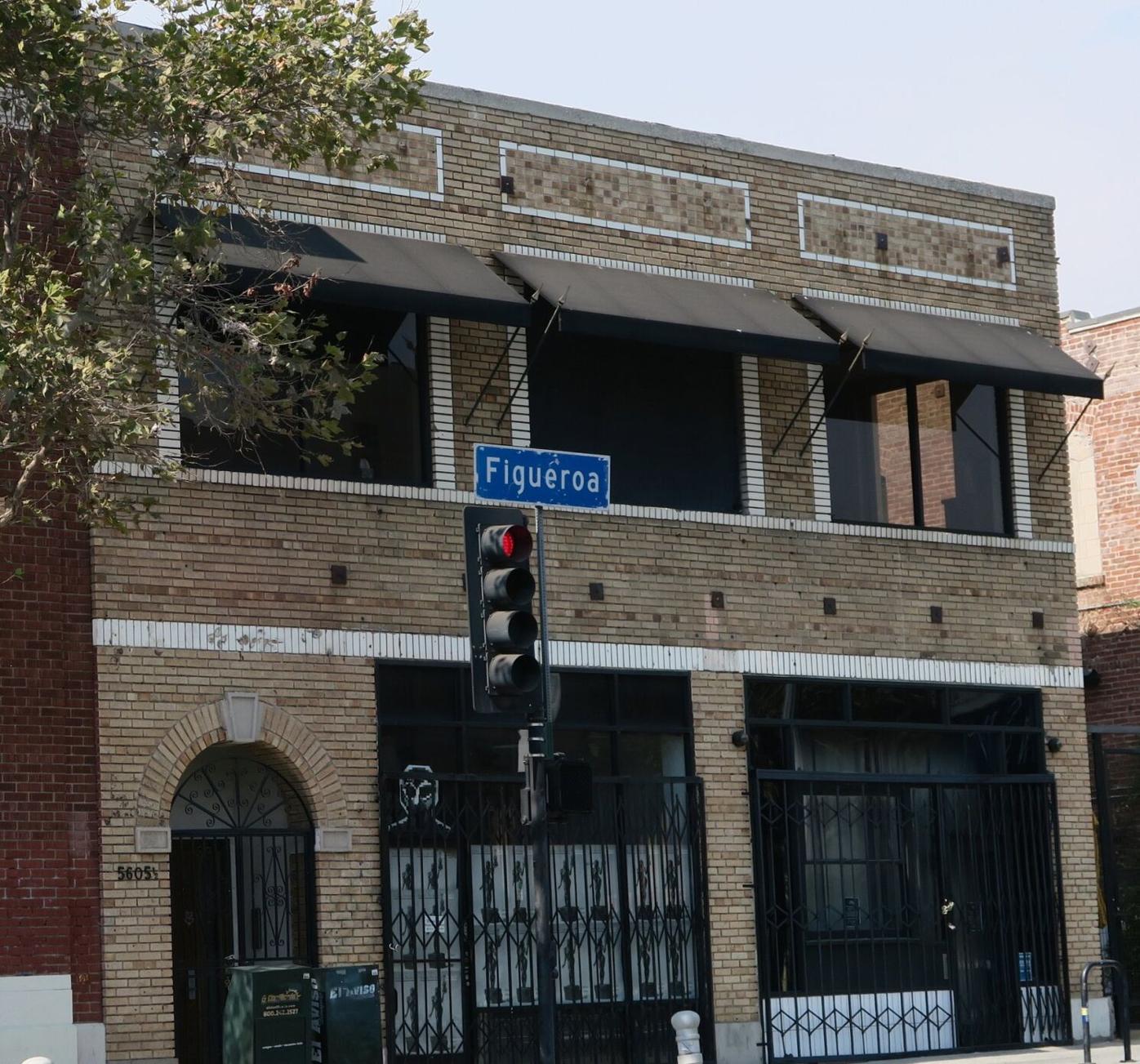 The former home of Centro de Arte Publico at 5605 N. Figueroa St. has been designated as a historic landmark. The Chicano art space was decorated with pictures of Chairman Mao and Ho Chi Minh, and a group would meet there once a week to read from Karl Marx’s “Manifesto.”

Highland Park - The Los Angeles City Council today approved the additions of the Centro de Arte Publico and the Mechicano Art Center to the city's list of Historic-Cultural Monuments as locations important to the Chicano arts movement.

The two buildings were nominated to the list by the Highland Park Heritage Trust, which said the buildings "served as pivotal centers for Latino creativity and community in L.A. during the 1960s and 1970s and which currently face the threat of erasure by rapidly expanding community development."

Tuesday's vote came after recommendations by the Los Angeles Cultural Heritage Commission and the City Council Planning and Land Use Management Committee.

"Mechicano Arts Center and Centro de Arte Publico are two of many significant cultural institutions in our city reflecting the cultural history of Latinos and Latinas," Councilman Gil Cedillo, who represents the neighborhood, said in a statement after the vote.

"Nationally, fewer than 10% of historic landmarks are associated with communities of color," Highland Park Heritage Trust President Jamie Tijerina said in a statement to City News Service. "Important places that are historically connected with the struggle for Latino civil rights in the U.S., the Chicano Movement, are at risk of being lost. A recent example of such a loss in Los Angeles was the 2019 demolition of the R Building and Auditorium at Roosevelt High School in Boyle Heights.

"The nominations of Mechicano Art Center and the Centro de Arte Publico are not only critical for the preservation of Chicano history in Northeast Los Angeles and the Eastside, but they also are a step toward achieving equity in this space," Tijerina added.

"Stemming from the rise of the Chicano Movement and a drive for self-expression across Los Angeles during the late 1960s, the Chicano Arts Collective played a key role in the empowerment of local Chicano/-a artists from Highland Park," the Highland Park Heritage Trust's Alexandra Madsen said.

The center "directly addressed and sought to realize the revolutionary political and social values for which the wider Chicano Movement advocated," Madsen said.

According to Madsen, it was one of the earliest Chicano arts groups in Los Angeles. Before moving into the property on Figueroa, the center used an abandoned laundry business.

The center permanently closed after three years in Highland Park.

"The Chicano movement, also known as El Movimiento or El Movimiento Chicano, was an extension of the Mexican American civil rights movement that gained critical momentum in the 1930s and expanded after World War II. During the 1960s, Mexican American high school and university students began to resist assimilation into Anglo American culture and assert a unique cultural identity and ethnic pride," Madsen said.

"The 1960s and 1970s was a pivotal era for Latinos in Los Angeles ... Latino artists of all types banded together to form organizations such as the Chicano Arts Collective to foster creativity and provide a place for artists not usually welcome in mainstream galleries and museums to display their art."