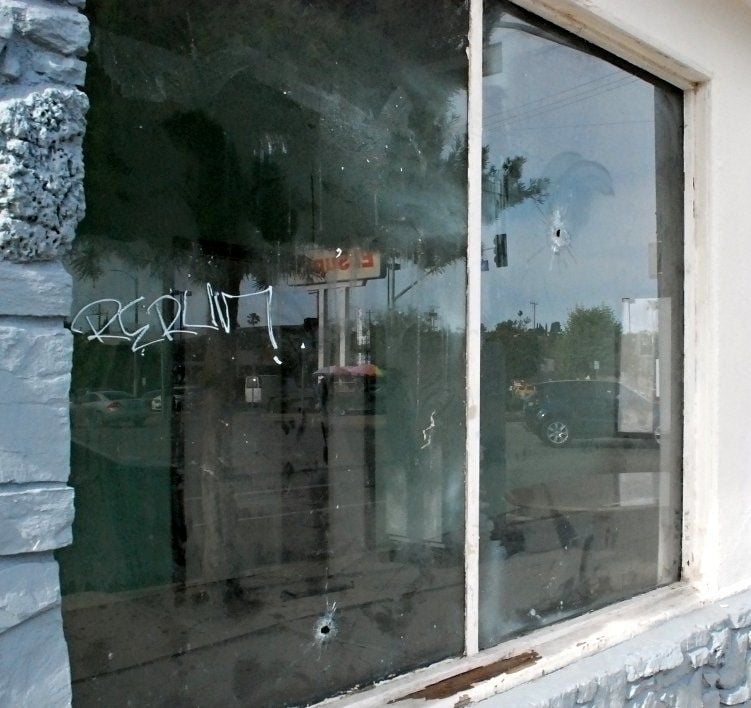 The bullet holes in the windows near York Boulevard and Avenue 54 were apparently from a weekend shooting that left two people wounded. 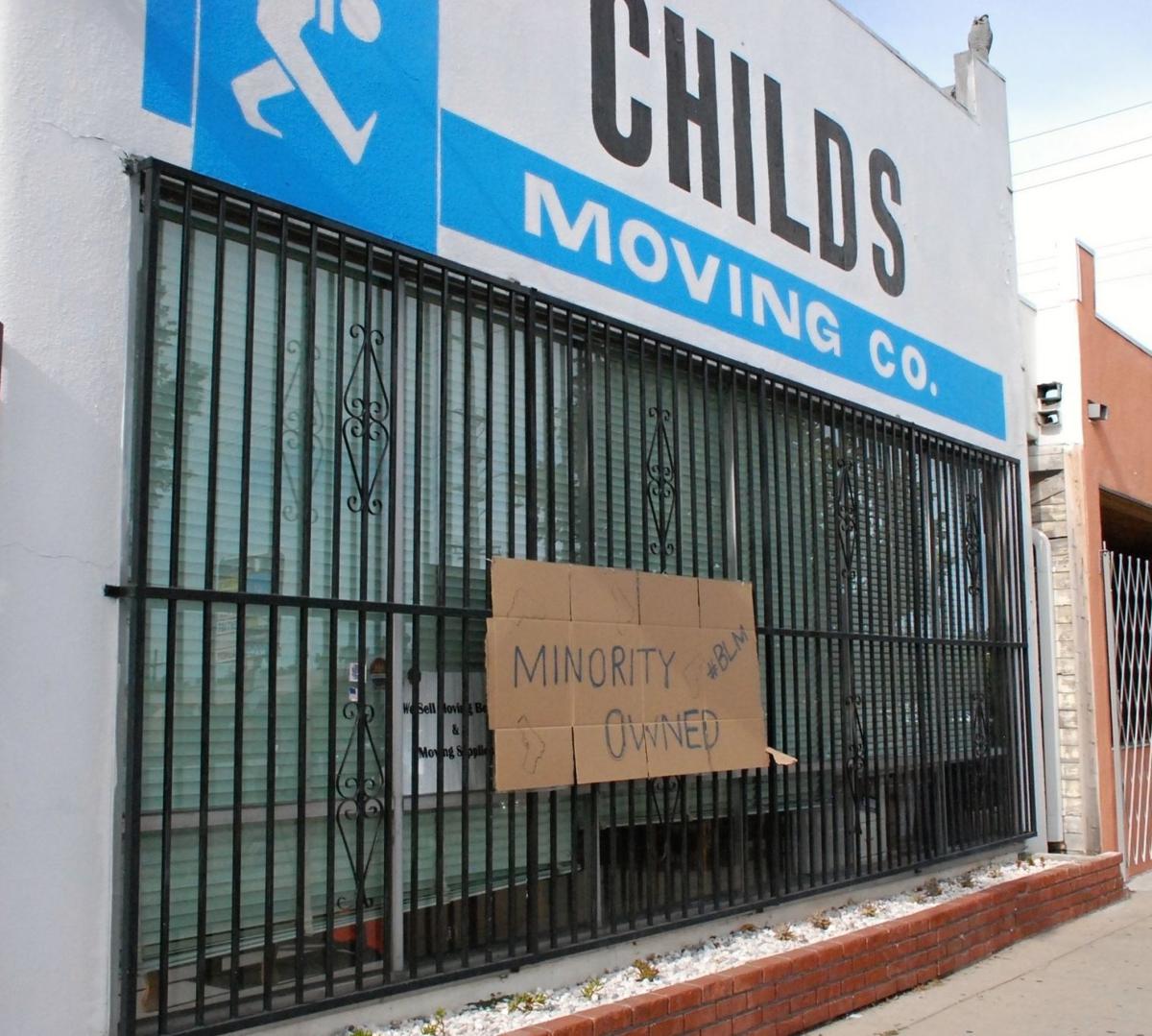 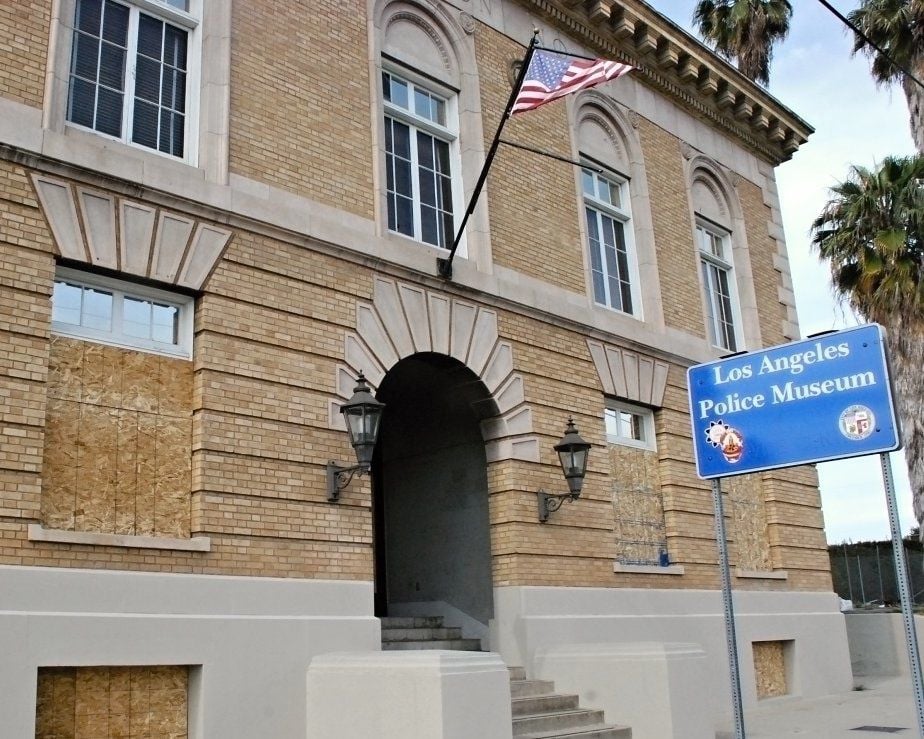 L.A. Police Museum is not taking any chances. 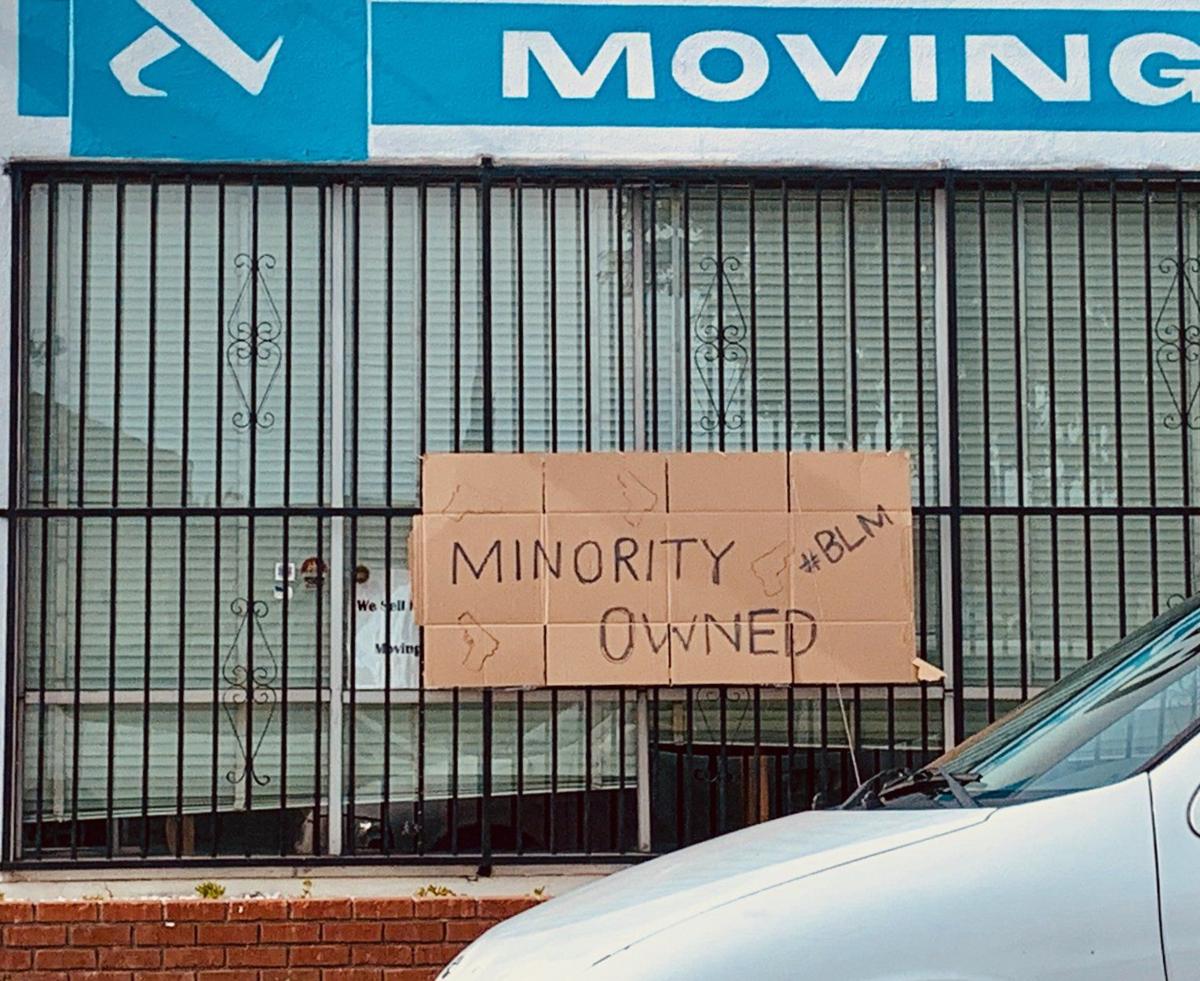 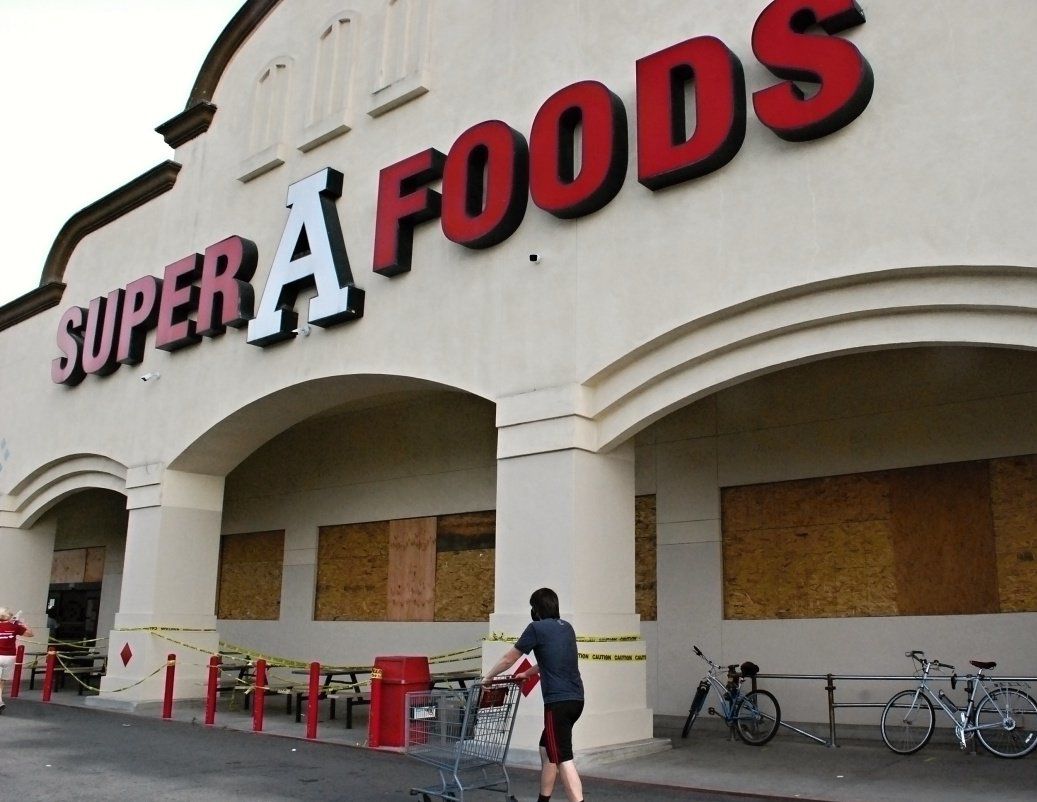 Super A Foods on York Boulevard.

Highland Park -- Bullet holes in the window of Child's Moving Co. and those of nearby storefronts were a reminder of the shooting that took place over the weekend, leaving two people injured.

But today there was a new sign in front of the York Boulevard building that signaled potential trouble ahead. "Minority Owned" and "BLM" read the cardboard sign posted by the owner as he and others prepared for more potential violence  and unrest that had damaged and destroyed numerous businesses -- big and small -across the city.

Sheets of plywood waiting to be placed over windows and doors were propped up nearby.

Plywood covered windows at several other York Boulevard businesses, ranging from to Super A Foods to the L.A. Police Museum.