The blaze in the 100 block of North Avenue 18 was reported at 3:18 p.m. in a strip of land between the homes and railroad tracks according to Los Angeles Fire Department spokesman Nicholas Prange.

Firefighters simultaneously attacked the grass fire and the fires in each of the three nearby homes, Prange said.

The department dispatched 113 firefighters to the scene and finally extinguished all the fires in about an hour, he said.

One firefighter suffered from a medical problem at the scene but was evaluated by paramedics and released at the scene, he said.

The cause of the fire remained under investigation. 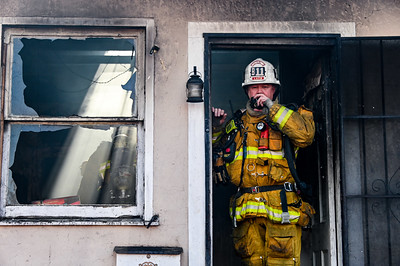