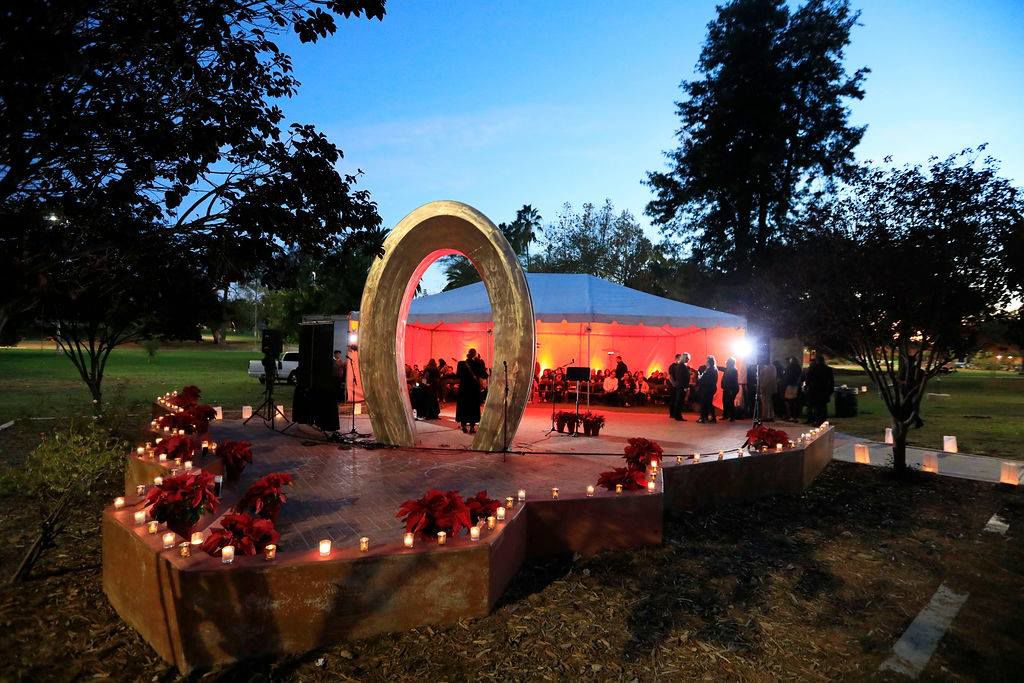 Ceremony at the The Wall memorial in Lincoln Park. 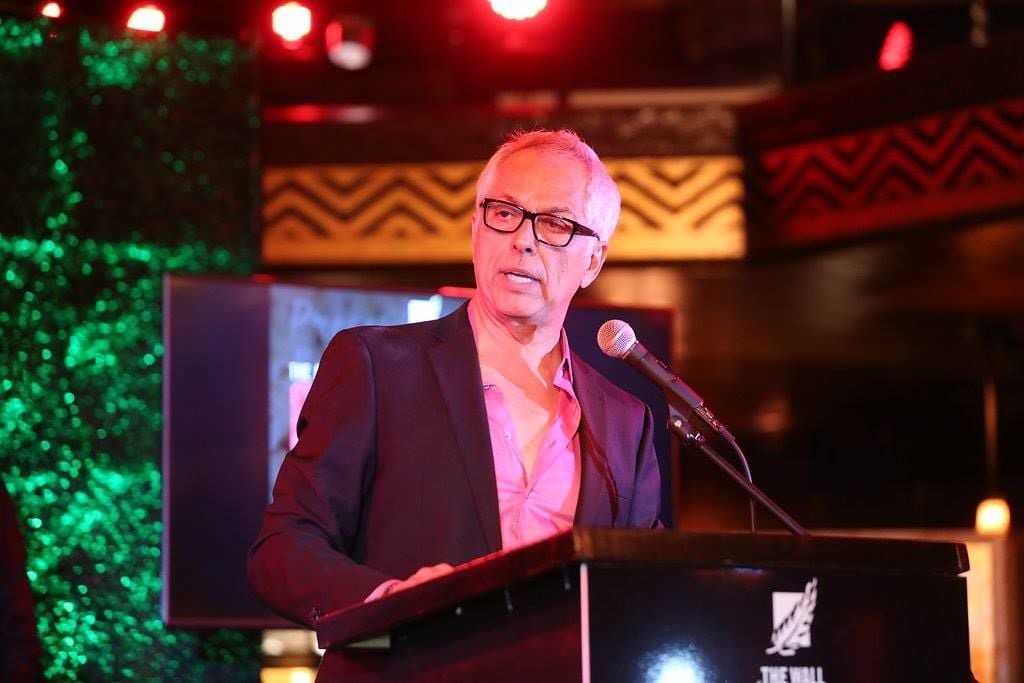 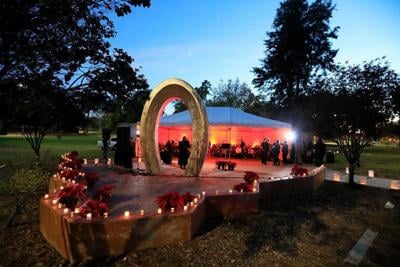 Lincoln Heights --  Plans to build The Wall, a large AIDS monument in Lincoln Heights, were put in motion in 1993 after lifelong Eastside resident Richard Zaldivar discovered his best friend was diagnosed with AIDS.

For more than a decade, Zaldivar worked tirelessly against opposition from religious groups to build the monument all while working with his organization, The Wall Las Memorias Project, to provide services to LGBTQ people in the Latino community.

The Wall, located on the north side of Lincoln Park, just received the green light on $850,000 in funding for renovations that will cover the cost of new walkways, irrigation system, LED lighting and the refurbishment of two gardens. Zaldivar recently took some time out to chat with The Eastsider about the history behind the monument and what The Wall Las Memorias Project, which is headquartered in Highland Park, has been up to.

How did the idea for the monument come about?

I worked for a member of the Los Angeles City Council and I remember projects community members would participate in, so an idea came to me to build a wall with the names of people who died of AIDS on the Eastside as a tool to start a conversation in the Latino community about HIV/AIDS and eventually sexuality.

My best friend shared that he was positive back in 1990. I understood the trauma that gay men were going through as Latinos, so I made the decision to build a wall panel which eventually became a full blown AIDS monument. It was dedicated in 2004 with the strong support of Los Angeles City Councilmember, Gil Cedillo, during his time as an assemblyman.

Why the choice to focus The Wall Las Memorias’ efforts in the Latino community?

That was where we saw the greatest need. Nobody was addressing Latino HIV/AIDS issues at the time. In the early 1990s, when people talked about HIV/AIDS and Latinos, there were some services being provided to the Spanish speaking community, but nothing was provided to English-speaking Latinos. We were able to use the experience I had in community organizing and my contacts.

It took 11 years for the Las Memorias AIDS Monument to be built. What obstacles did you face when building the monument and how were they overcome?

There were numerous obstacles. I think one was institutional homophobia, even from Ltino politicians and the City of Los Angeles, where upfront they would say “I support your work,”but in the background, they couldn’t give their support and they didn’t feel comfortable. Some of the city councilmembers were afraid to support us or they were homophobic, but the most blatent, obstacle as we started the process to actually build the monument came from right wing Catholic folks who opposed the project and were very homophobic. They did their best to organize against us, and after a big public meeting in Lincoln Heights that was attended by over 350 people, we even got some death threats.

How has your organization adjusted to meet the needs of today’s LGBTQ community?

We definitely broke ground with the Latino community on the eastside around LGBTQ issues. Today, when it comes to our services, our team is being very innovative in the work that we do. In 2017, we were one of the first LGBTQ organizations to receive a grant from the Los Angeles County Department of Mental Health that allows us to provide innovative mental health prevention services to transitional age LGBTQ youth and we do amazing work in the transgender community. I think our organization is a little different than others because we don’t just provide services, we build action and advocacy around social issues. We’ve been involved in a number of different campaigns throughout the years, including the Act Now Against Meth campaign in 2007, where we organized the community and built a small coalition. In two years we gathered 10,000 signatures and submitted them to the Los Angeles County Board of Supervisors to get $1.3 million dollars in funding for programs that would address crystal meth use countywide.

What’s next for The Wall Las Memorias Project?

We’re in the process of starting a new 5-year strategic plan for our organization. We really want to focus on providing the best services we can in our community and eventually finding places where we can mentor or train other communities to do similar work whether it nationally or internationally.