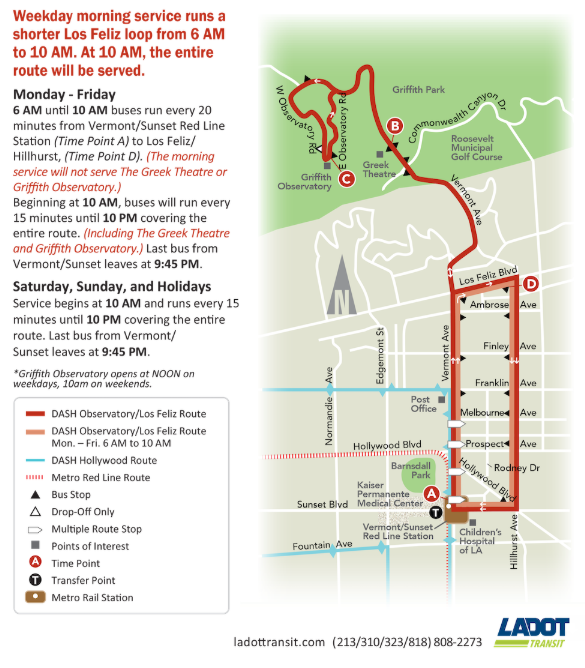 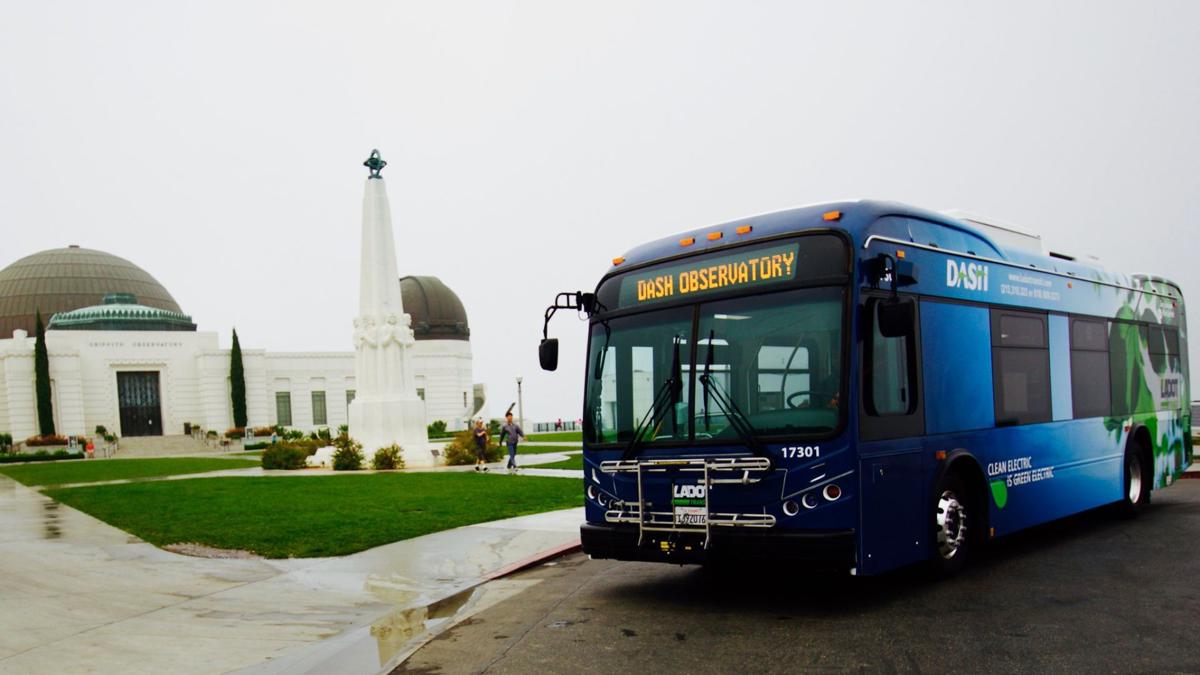 Los Feliz -- The DASH bus lines serving Los Feliz and the Griffith Observatory have been combined into a single route with shorter wait times and two hours of added operation, the L.A. Department of Transportation announced on Monday.

Weekday morning service is now being operated on a shorter Los Feliz loop, that does not serve the Greek Theatre or Griffith Observatory, from 6 a.m. to 10 a.m., with buses running every 20 minutes from the Vermont/Sunset Station to Los Feliz/Hillhurst.

But beginning at 10 a.m., and continuing until 10 p.m., buses will run every 15 minutes covering the entire route, which includes the theater and observatory. The last bus from Vermont/Sunset leaves at 9:45 p.m.

On weekends and holidays, service begins at 10 a.m. and runs every 15 minutes until 10 p.m., covering the entire route.

The changes went into effect on Monday, Aug. 5.

"The DASH to the Griffith Observatory has been one of our best tools to reduce car use in Griffith Park, providing car-free access to nearly half a million people in fiscal year 2017 to 2018 alone," said City Councilman David Ryu. "More electric DASH buses connecting the (Metro) Red Line to the Greek Theatre and Griffith Observatory means shorter wait times."

LADOT anticipates that the improved line will serve around 460,000 riders in the first year. The fare remains unchanged: 50 cents cash or 35 cents when paid via a stored-value TAP card.