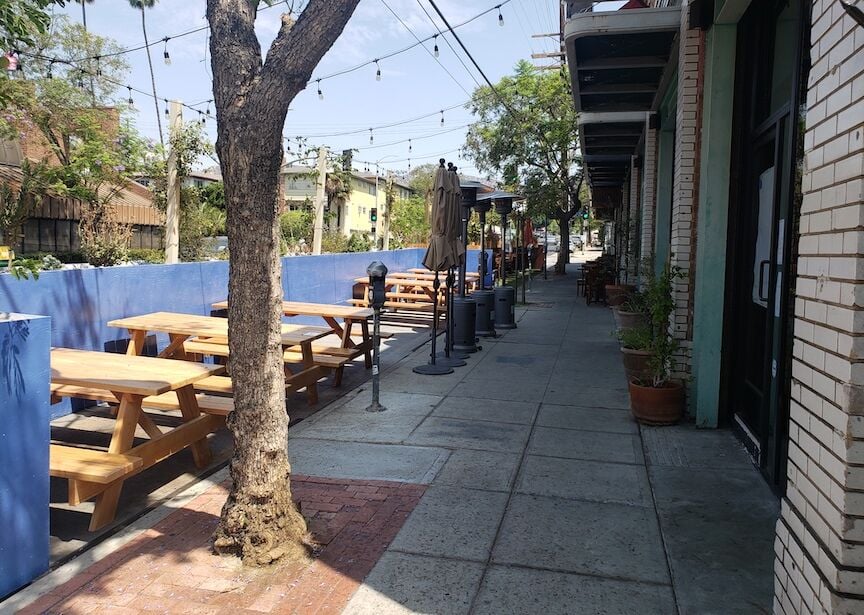 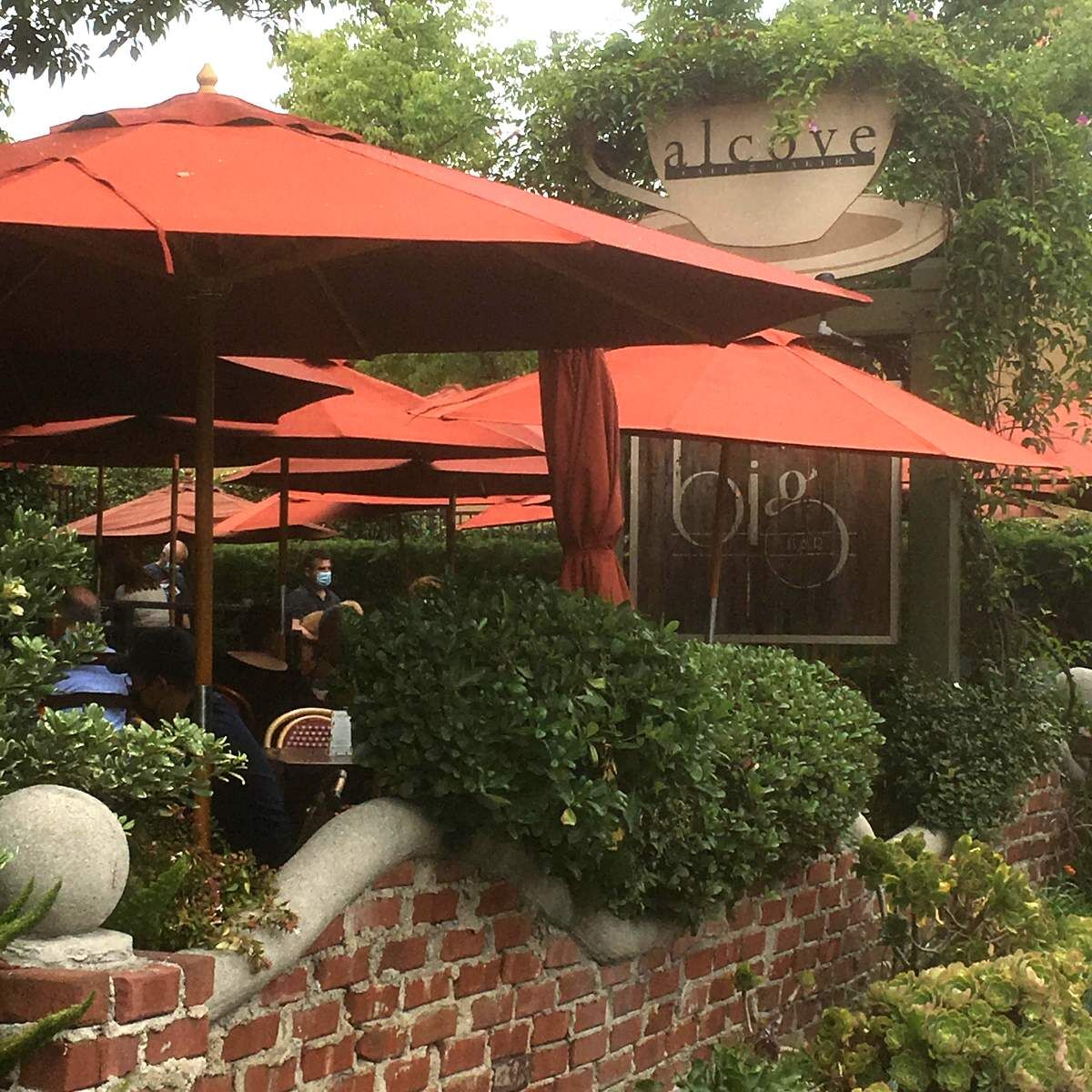 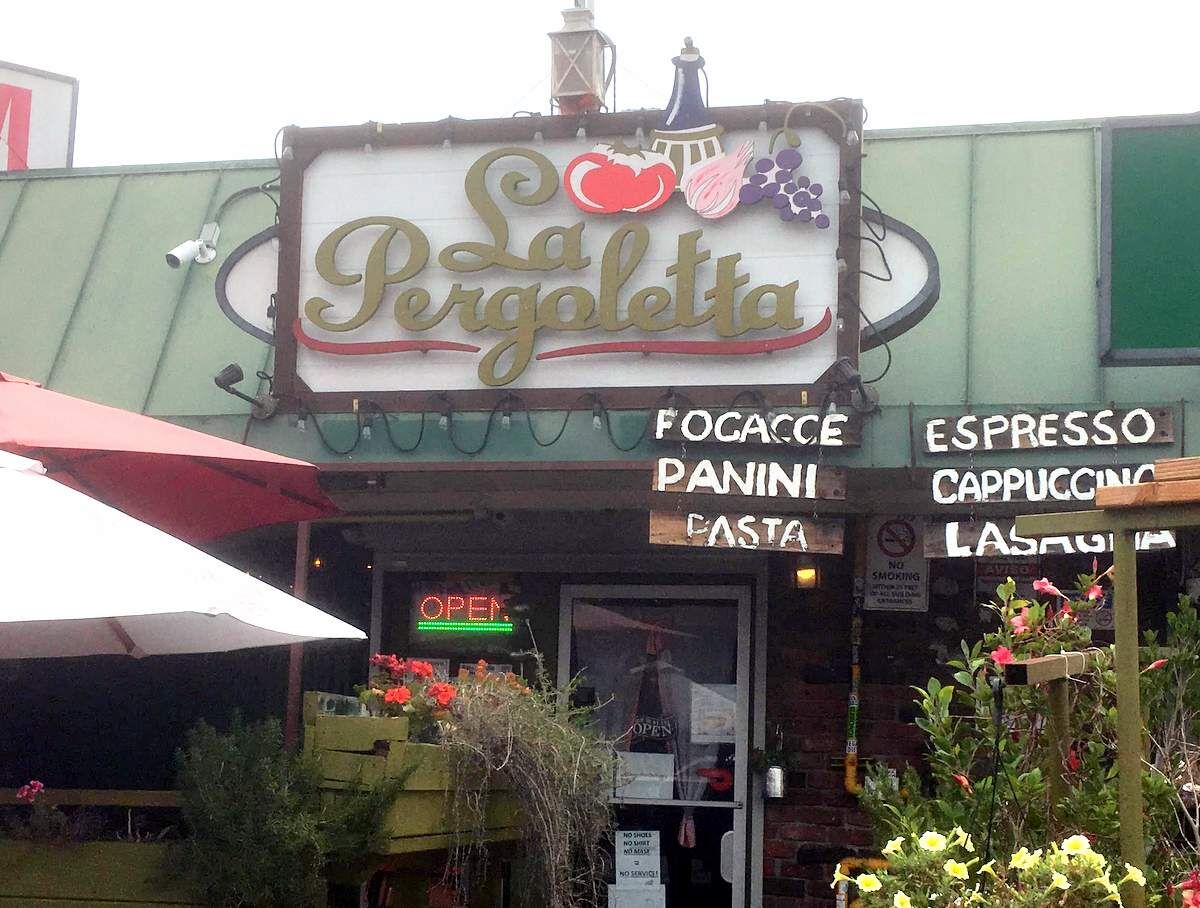 Los Feliz -- While employees as well as many patrons are wearing masks, all seems to be back to normal at the cafes, bars and restaurants that line Hillhurst Avenue. That is until you start talking to the owners.

Most restrictions on restaurants and other businesses were lifted about six weeks ago when state's economy was reopened. But restaurateurs are still dealing with a unique hangover from a year of pandemic restrictions.

For three Hillhurst restaurant owners, that hangover includes a struggle to get enough staff - especially for the kitchen. It also means new and lasting ways to think about outdoor seating.

Restaurant workers are hard to find

Staffing shortages in the hospitality industry is, of course, a national problem - in such far-flung locations as Connecticut, Georgia, and Alaska. For Paolo Seganti, owner and chef at La Pergoletta, that problem is particularly acute in finding experienced kitchen staff. Many are staying home and live off the stimulus money from the government, he said. But that’s not all.

“When the stimulus runs out, [they] know they can go out and get a job right away,” Seganti said. “They know there’s a demand.”

Up the street, restaurant owner John Borghetti didn’t have that much of a hiring problem at Trattoria Farfalla, since a PPP loan helped him keep employees throughout the pandemic. But he did have a little bit of a challenge at his other restaurant, two doors down.

That restaurant - formerly Tropicalia - closed temporarily in the middle of the pandemic, and reopened as Nossa. Borghetti solved the staffing problem partly by bringing in a new partner and chef, Simone Bonelli.

Is outdoor dining on Hillhurst Avenue here to stay?

Another thing that helped save the business, Borghetti said: Putting seating in place of street parking in front of the restaurant.

“The city of L.A. should make that permanent,” Borghetti said. “It gives more life to the neighborhood …. Why don’t they keep this, like in Europe? You go to Italy, people are sitting outside.”

On the other side of Hillhurst, Alcove Cafe  had long attracted a crowd to its sprawling patio years before the pandemic arrived. So even though the spacing of the tables changed from time to time, the business still had enough space to get through the public health restrictions.

“It seems like we were built for the pandemic,” said owner, Tom Trellis, who also operates the adjacent business, Big Bar.

Even when indoor seating was permitted again at limited capacity, Alcove could hold off reopening the dining rooms, at least until the COVID numbers in L.A. County dropped still further.

Diners and drinkers have returned to Los Feliz

As for customers, restaurant owners reported decent business. But Seganti said he’s seen a drop since the county revived the mandate for masks indoors. But, Seganti pointed out, restaurants expect to see some decline in the middle of the summer. It’s hot out. People don’t start venturing out of the house until it gets dark.

But diners and drinkers are definitely back on Hillhurst.

“It’s clear that Angelenos are resilient and eager to get out again,” Trellis said. “In the last few months, we’ve expanded our hours and also done quite a bit of hiring to meet the surge in business.”

Get real Paolo. No one in Los Angeles is still living off of stimulus money.