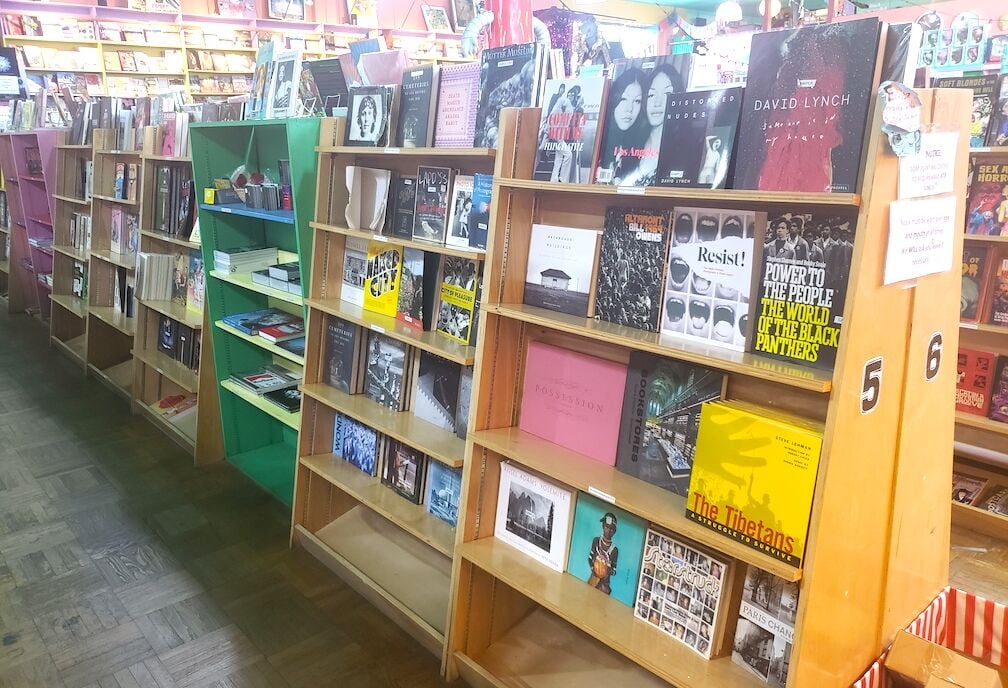 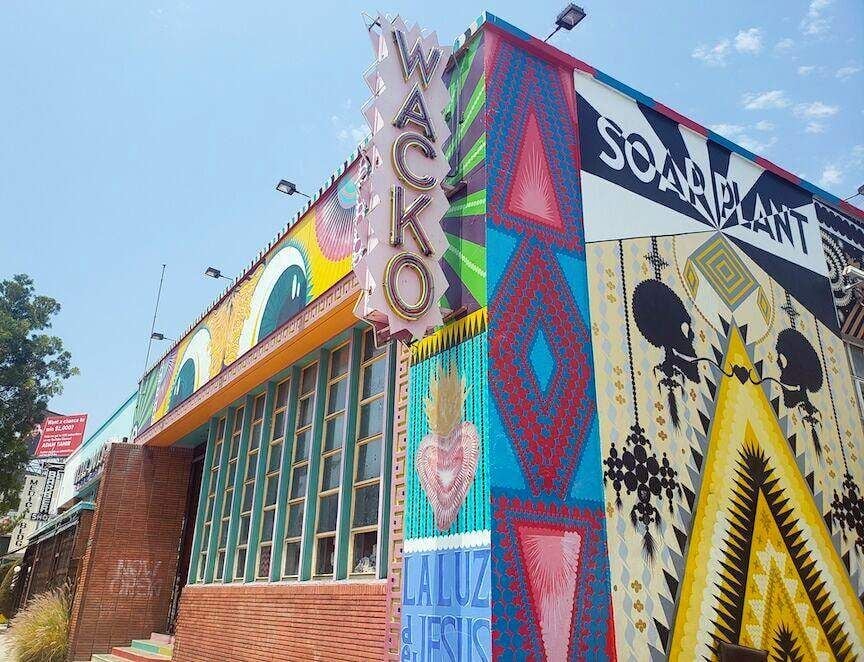 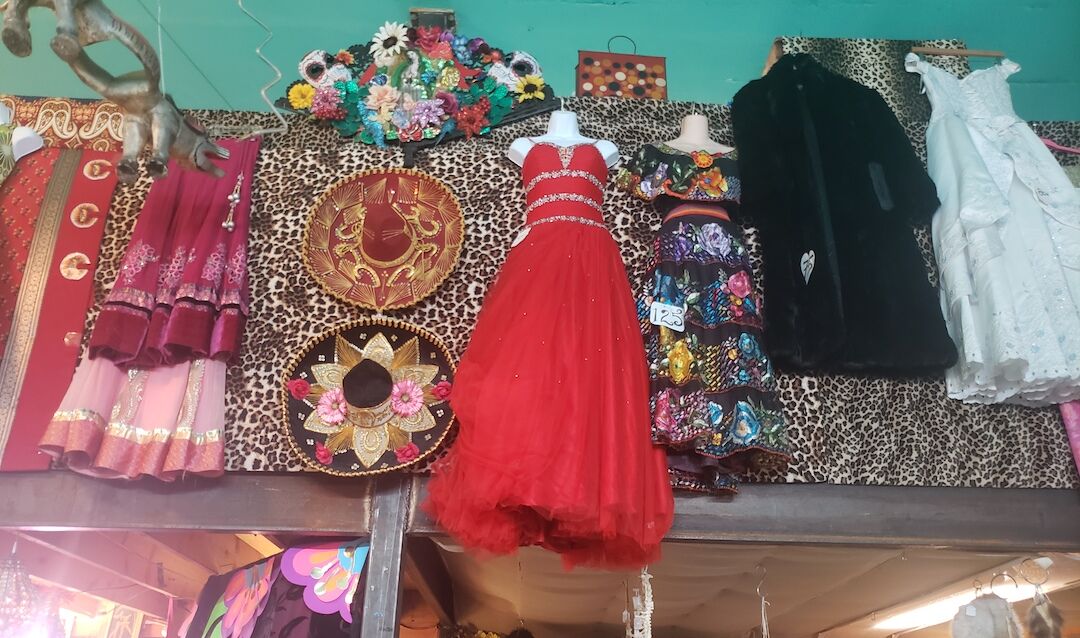 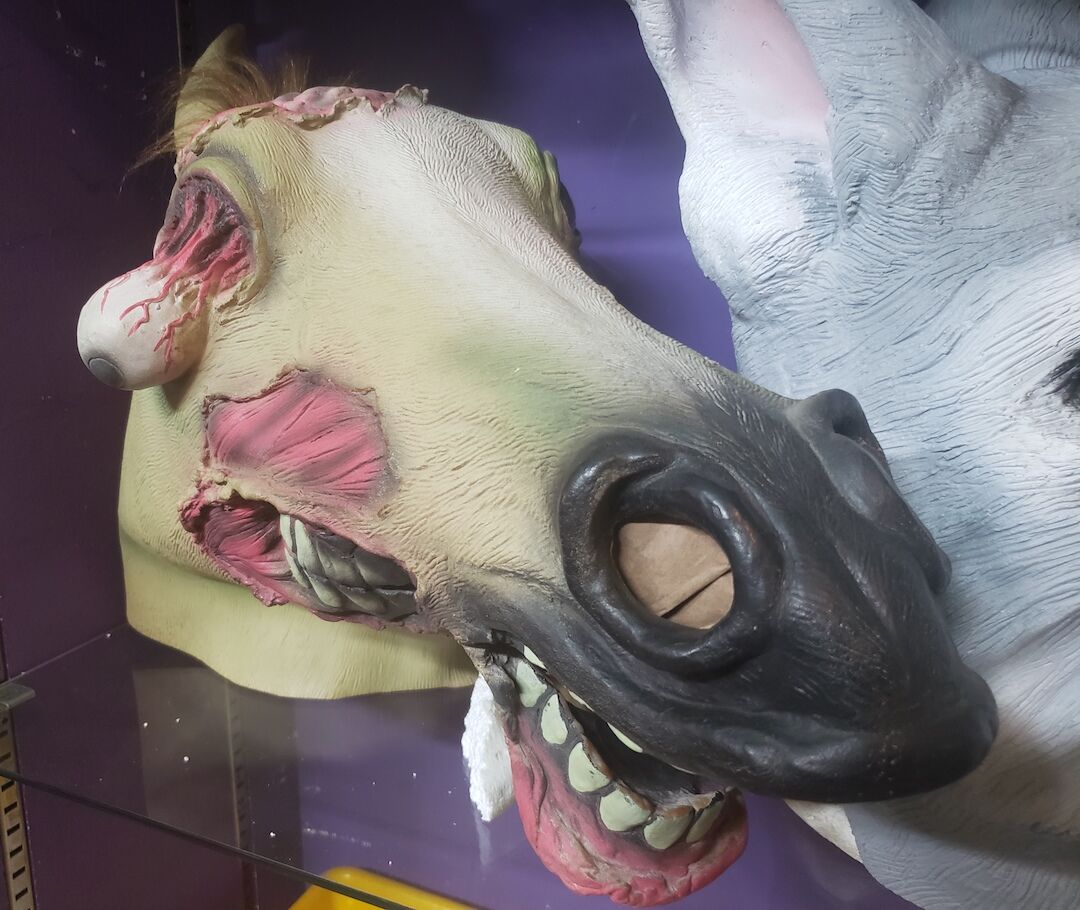 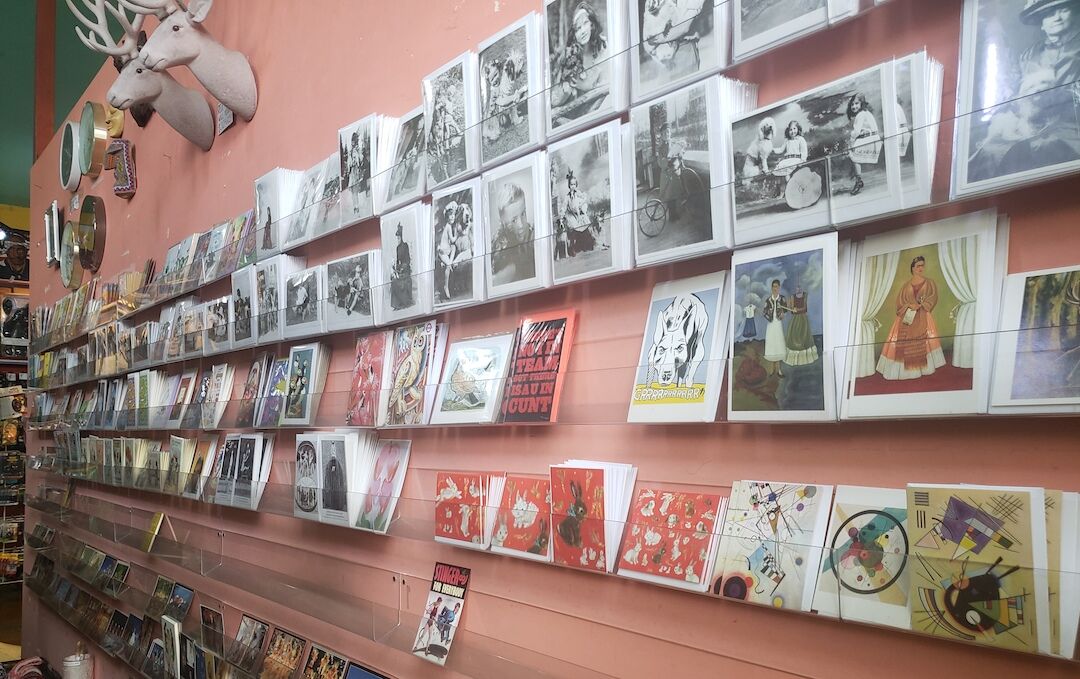 Los Feliz - Many business did not survive the pandemic. But as of Saturday, Wacko on Hollywood Boulevard will not only manage to get through the pandemic, but it will have stayed in business for a full 50 years.

If Wacko ever goes out of business, where else can people buy their Bob Ross action figures? Their cowboy skeleton T-shirts? Their mechanical “racing roaches,” their David Bowie coloring books, their “hander pants” (underpants for your hands), their unicorn finger puppets (set of four), their secular votive candles with designs by obscure early-20th-century poster artist Luciano Achille Mauzan, their books by and about famed Satanist Anton LaVey, and, of course, their broad and inclusive selection of flip books?

Where else? Nowhere - because there's no other store quite like Wacko: Part bookstore, part novelty shop, part art gallery, part clothing boutique, and - true to its roots - part soap and beauty supply.

“The general guiding principle of the store is we’re pop-culture,” said Billy Shire, who has been part of the store since his parents Barbara and Hank Shire founded it on June 19, 1971.

After the hippies, before the hipsters

Take one look at the store, and you’d probably guess it began in the early 1970s - post-hippie and pre-hipster, Shire noted. The store set up shop in what is now called Sunset Junction, near the intersection of Santa Monica and Sunset Boulevards.

At first, they sold soap, which they bought wholesale from from a lab up in Berkeley where Shire's aunts ran a small local chain of stores called Body Shop. Even at the beginning, though, the inventory also featured leatherwear that Shire had crafted, as well as ceramics by his brother Peter.

But the soap prompted the original name for the store - Soap Plant, based on a flowering perennial that can be found in the Santa Monica Mountains.

The name Wacko didn’t arise until the 1980s, after the store moved to the 7400 block of Melrose Avenue, and Billy Shire had become the sole owner. Shire took over a couple of empty storefronts next door in 1984, stocked them with toys. tchotchkes and novelty items. Somehow the name Soap Plant didn’t really capture the spirit of such merchandise, so the new store became Wacko.

The third piece of the complex formed in 1986, when Shire opened La Luz De Jesus art gallery, upstairs from the main store. It added what Matthew Gardocki, the gallery’s current director called “outsider, lowbrow, and pop art” to the store’s pop culture brand.

One of the most memorable shows opened in September of that following year, when precision feral artist and legendary underground cartoonist Robert Williams brought his “American Philistine" exhibition. Even 35 years later, long-time patrons still talk about that show when they drop by the gallery to chat, Gardocki said.

Finally in 1995, Shire moved the entire operation to its current location in Los Feliz, with all three entities now sharing the space at 4633 Hollywood Blvd. There’s little fear they’ll move again, Shire said, noting that it took him a year just to unpack from that last move.

How things have changed at Soap Plant

Over all those years, as Shire curated just the right products to fit Wacko’s zeitgeist, he has also watched the number of available gift products explode.

“There’s literally a thousand times as much stuff available as when I started,” Shire said.

One other change is that the store is no longer a family operation, Shire said.

He himself is semi-retired, spending most of his time at his home in Yucca Valley. The only time he comes into the city is when he has a doctor’s appointment, he said.

“I’m still doing 98 percent of the ordering,” Shire said. “I’ve gotta figuring out someway to get out of that.”

But while the staff may not be part of the Shire family, some of them nonetheless grew up with the store. Toni Martinez, who now manages the place, remembers dropping by the store after school when she was growing up nearby. A couple of the employees have also been working there for 15 years.

“They’re part of the DNA of the store now,” Martinez said.

Wacko: The Next Generation

Under normal circumstances, this 50th anniversary would be the occasion for a real blow-out. After all, the 40th anniversary party featured bands and some 400 to 500 former employees and other assorted alumni, Shire and Martinez said. But this year, they won’t be doing a whole lot - for the usual reason. They’re planning a big anniversary reunion instead for the 51st anniversary, Shire said.

As for the future of Wacko, Shire’s plan right now is to transfer the operations to the employees.

“Let’s see if they can figure how to run this thing,” he said.

And if that happens under Martinez’s watch, she does have at least one idea kicking around in her head, she said: Reaching out to young people.

“Before the pandemic, we started doing a lot of weekend art activities for kids,” said Martinez, who added that she a background in elementary school teaching. “And we had a couple of events, of artists coming in and working with kids.”

Across the street from the store now, Martinez pointed out, the Silverlake Conservatory of Music is reaching out to young musicians. Down the street, Barnsdall Art Park has programs for kids through its Junior Arts Center.

“I would like to be part of that,” Martinez said.