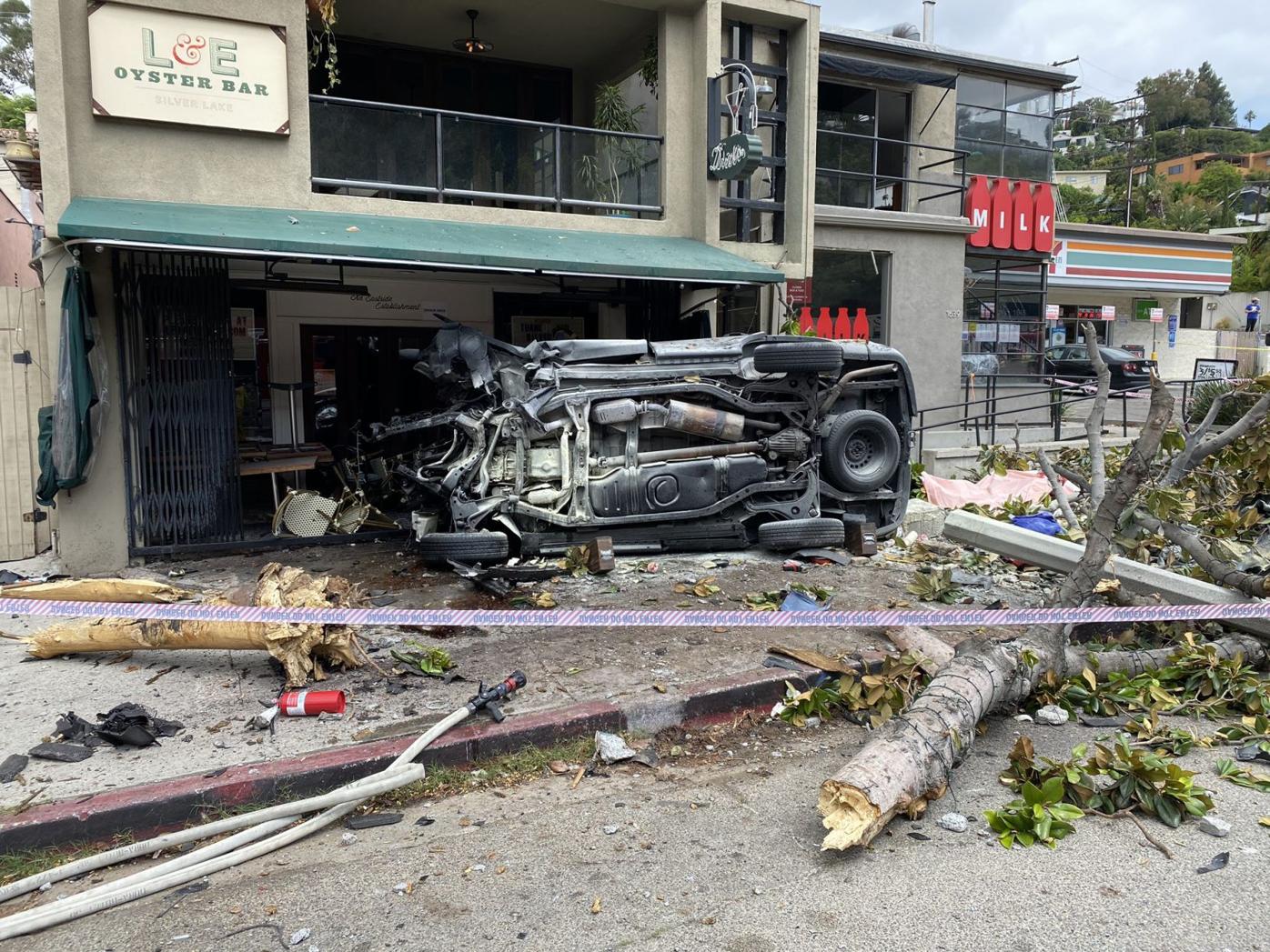 One person died after a vehicle crashed into the L&E Oyster Bar on Silver Lake Blvd. June 17, 2020. 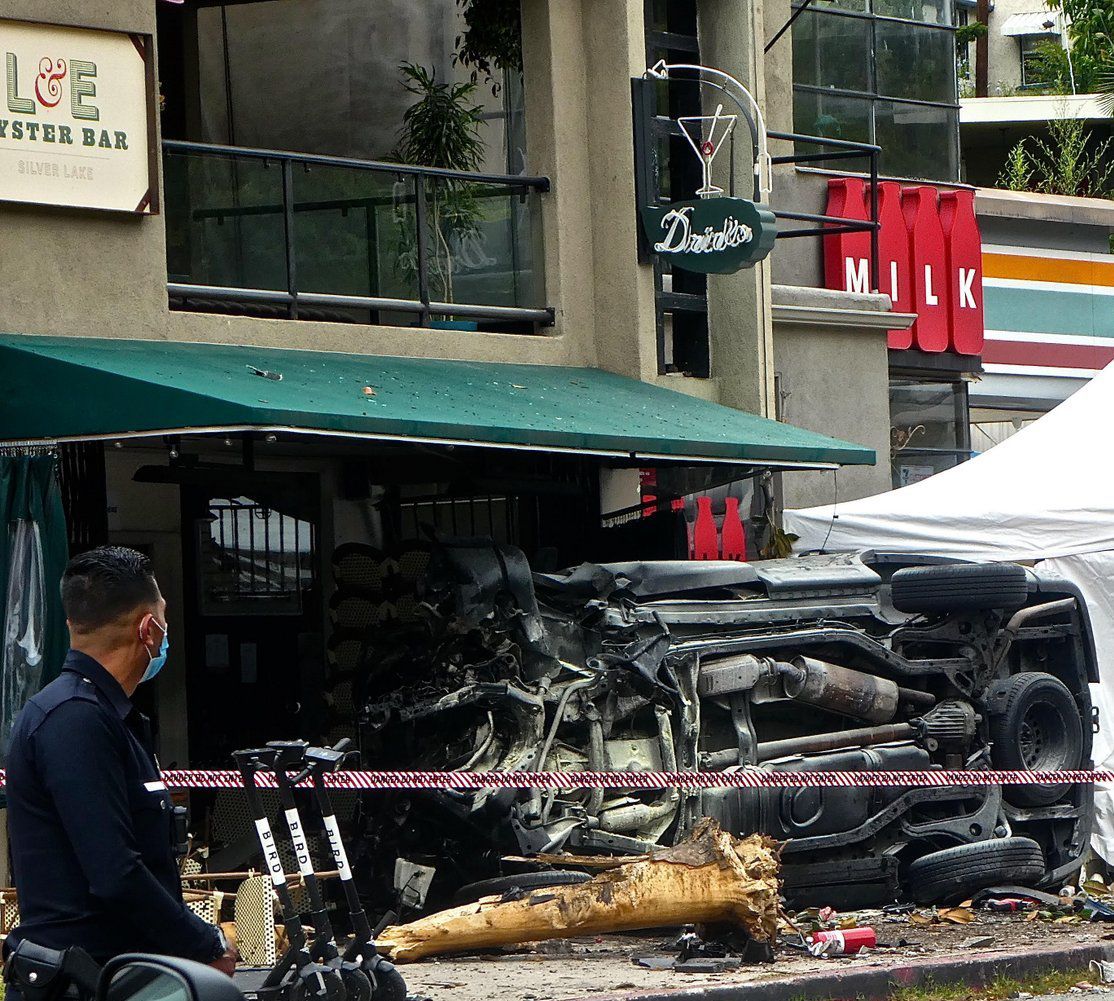 An SUV overturned and crashed into the L&E Oyster Bar on Silver Lake Boulevard. June 17, 2020

Silver Lake -- Authorities today identified a man who was killed when the motorized scooter he was riding was hit by a speeding SUV that went through a red light and then slammed into the front of a restaurant.

The collision was reported about 10:35 a.m. Wednesday at Silver Lake Boulevard and Effie Street, according to the Los Angeles Police Department. After hitting the moped, the SUV also hit a tree before crashing into the L&E Oyster Bar in the 1600 block of Silver Lake Boulevard, police said.

Timothy Stirton, 68, of Los Angeles, died at the scene, according to the coroner's office.  Several postings indicate that Stirton was a long-time Silver Lake resident.

The occupants of the SUV -- a woman in her 70s who was behind the wheel of the Ford Explorer and a man in his 50s -- were taken to a hospital with minor injuries, according to LAPD Detective Juan Campos of the Central Traffic Division.

The woman, whose name was not released, told police she was southbound on Silver Lake Boulevard when she tried to slow down the Explorer, "but it began to accelerate," Campos said.

Stirton was riding his moped westbound on Effie Street on a green light when he was hit broadside by the SUV, Campos said.

The SUV driver, who was not arrested, showed no sign of impairment, Campos said. The investigation will include a "forensic vehicle inspection" of the Explorer, and the case will be presented to the District Attorney's office for review, he said.

Nah @Guest. You don't just suddenly get to 75mph. If you cant operate your 2-ton vehicle properly you are liable for crashes/injuries/deaths you cause. Besides, look it up every crash caused by the "brake not working", vehicle failure, etc is always the driver's fault. Those runaway toyotas a few years back: all driver failure and mass panic.

Spent the last few hours watching Timothy's nature videos which are public on his FB. He was an avid hiker and community volunteer. We truly lost a great one.

The SUV driver was not arrested? Are you kidding me?

Did you not read it was mechanical failure? Here, "The investigation will include a "forensic vehicle inspection" of the Explorer"

Slow your roll. This sounds like a horribly tragic situation for everyone involved. RIP Timothy Stirton.

“Alleged” mechanical failure. A cursory google search reveals that older Ford Explorers, prior to 2010, may experience sudden unintended acceleration. No indications of the same issue on anything newer than 2010, though. The vast majority of Unintended acceleration cases involve driver error, i.e. stepping on the wrong pedal.

So she shouldn’t be arrested until an investigation is completed, but there is a very good chance this was entirely the fault of the driver.