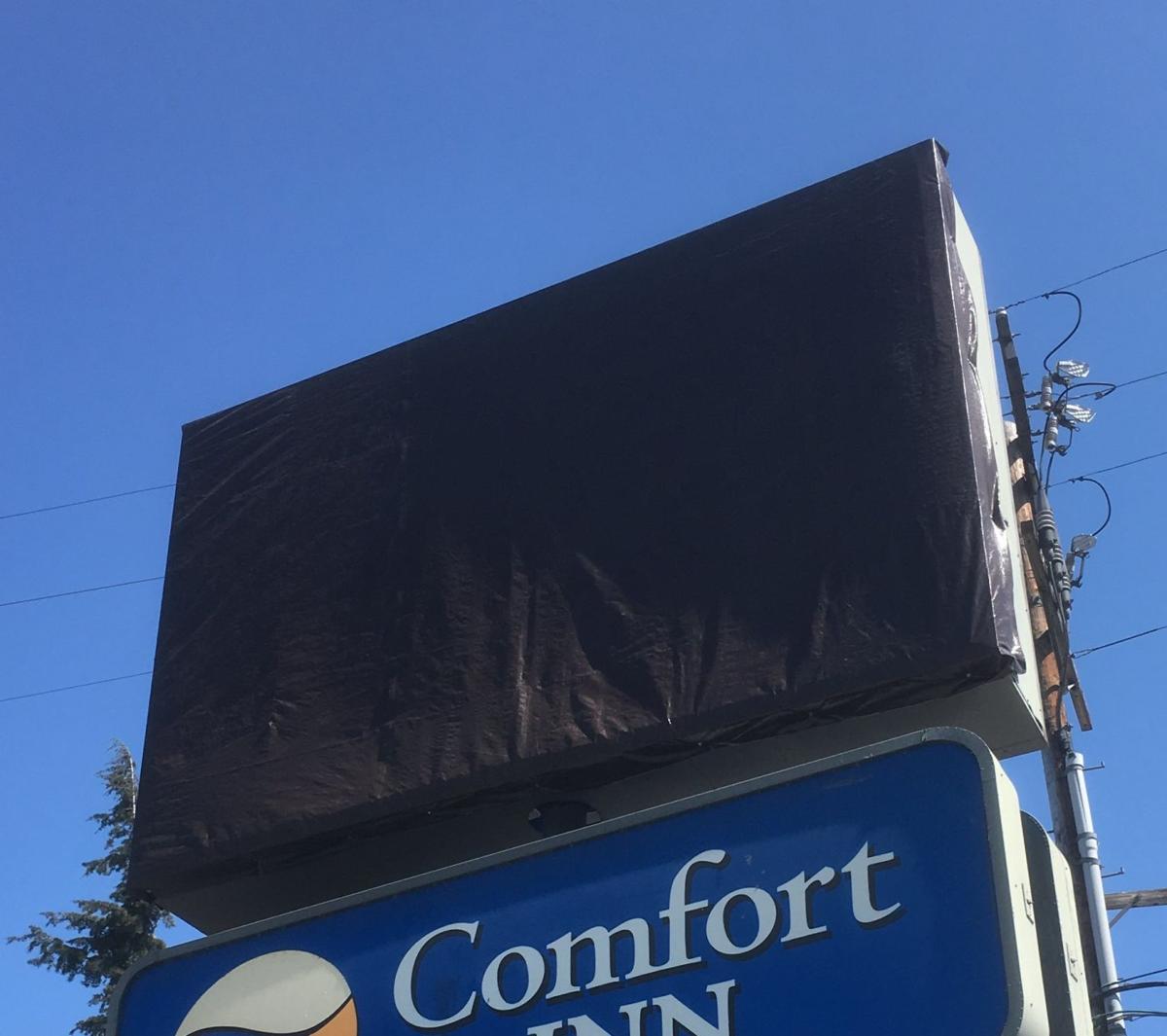 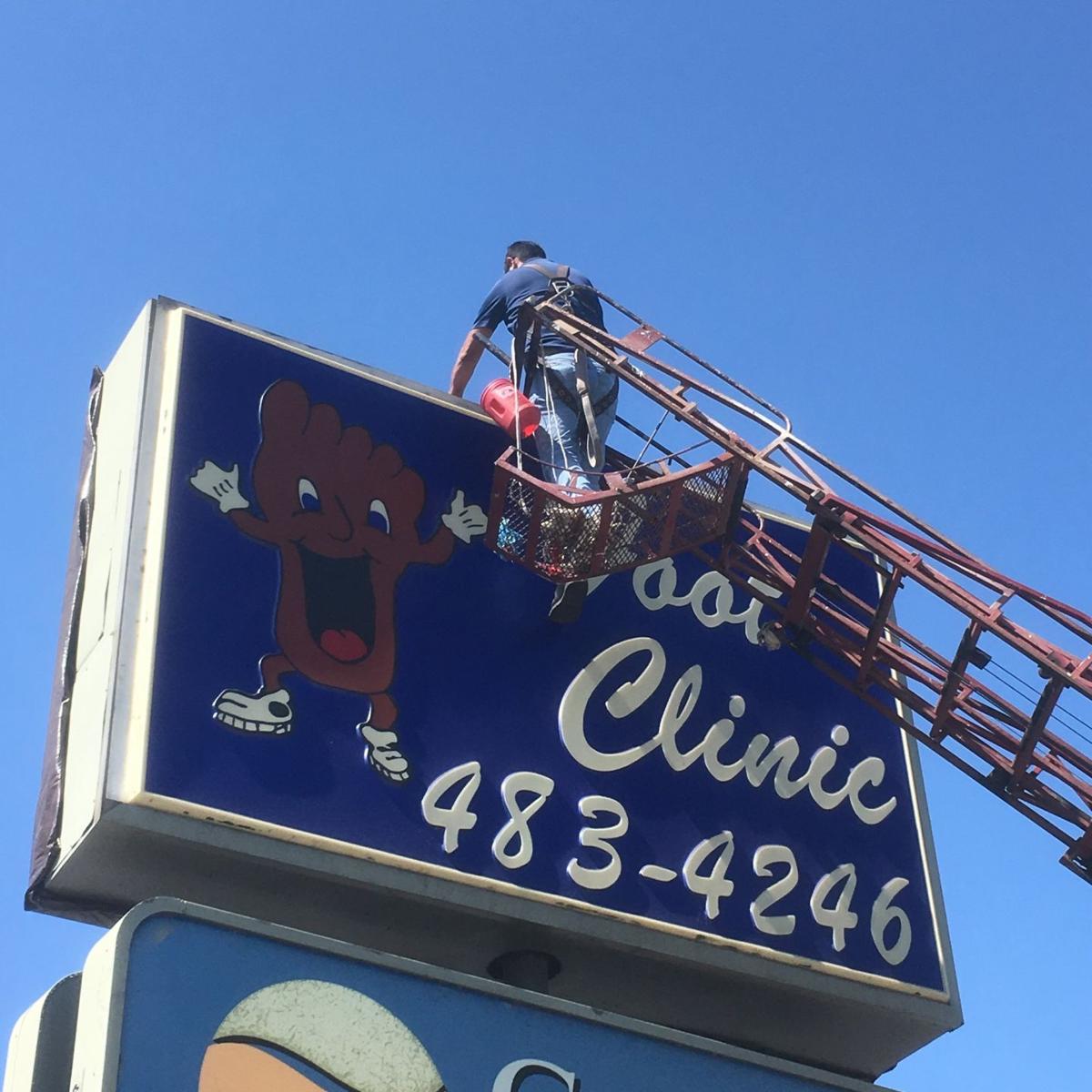 Worker prepares to remove the Happy Foot side of the sign 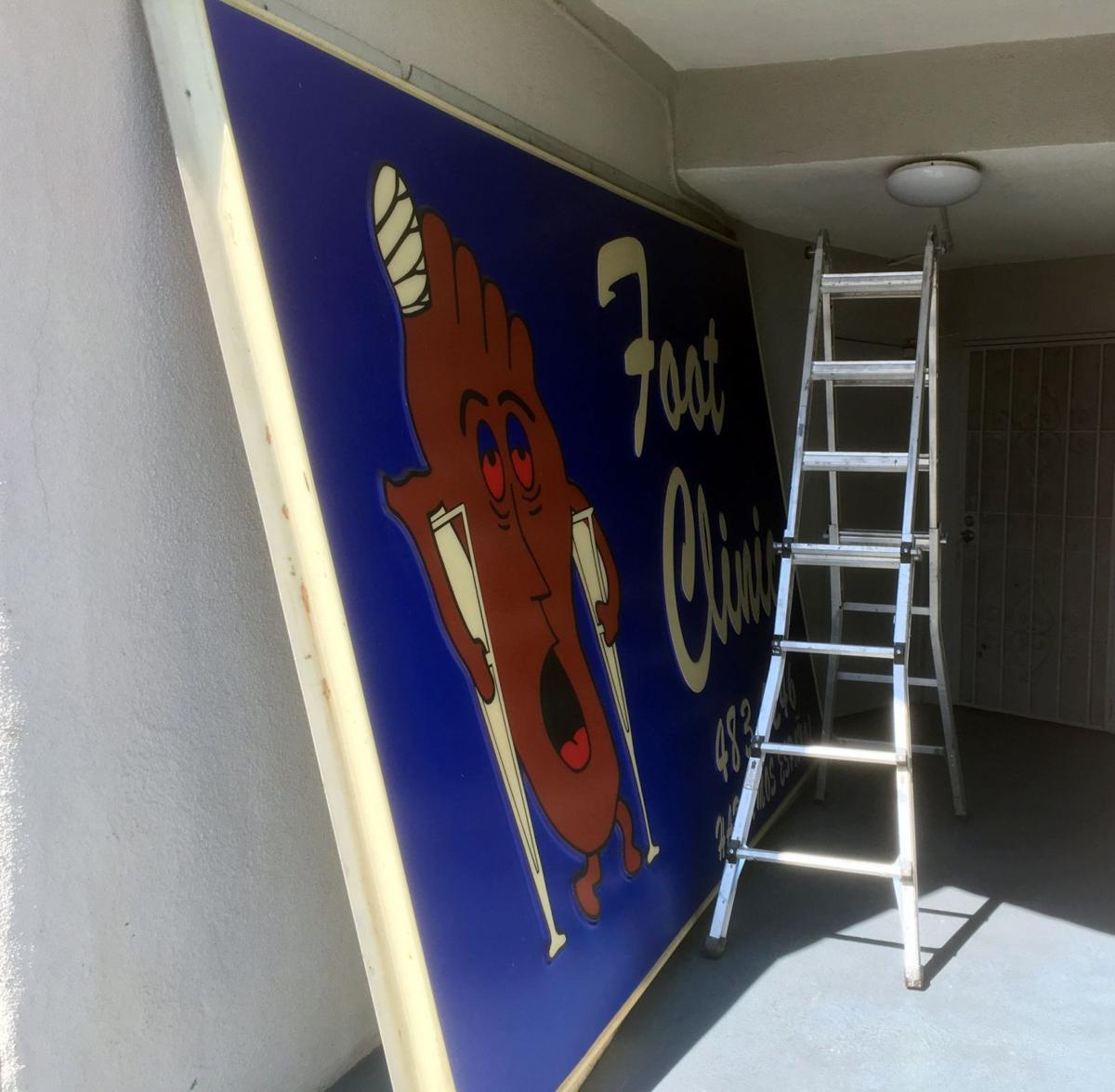 Silver Lake -- Residents who drive by the corner of Sunset Boulevard and Benton Way will no longer be able to play the Happy Foot/Sad Foot game.

The quirky foot clinic sign that has rotated over the corner for decades was removed this afternoon after the podiatrist moved to a new location.

"It's the end of an era," one man yelled from a car driving by as a worker removed the sign, which depicts a joyous, healthy foot on one side and a frowning, ailing foot on the other.

Many locals say its good luck for passersby to first see the Happy Foot -- not so good if you get the Sad Foot.

The sign's quirky charm has attracted fans and won it mentions in books and music videos and even inspired a neighborhood nickname.

Dr. Thomas Lim, co-owner of the clinic, had initially planned to reinstall the sign at the foot clinic's new home. But the sign turned out to be too big for its new space, throwing its future into doubt.

In response, fans began a petition to have the sign declared a historic landmark and set up a pop-up gift shop to raise funds for its preservation.

No word yet on where the signs are going.

After being removed, the signs this afternoon were stored away a walkway near the foot clinic.

Update: Artist Billy Kheel, who helped organize the pop-up gift shop, said proceeds from sales will be used to pay for a flat-bed truck to transport the sign to a new location for storage. There's a chance the sign could be installed on an old pole next to the Sunset Foot Clinic's new office, which is located in the Historic Filipinotown area.