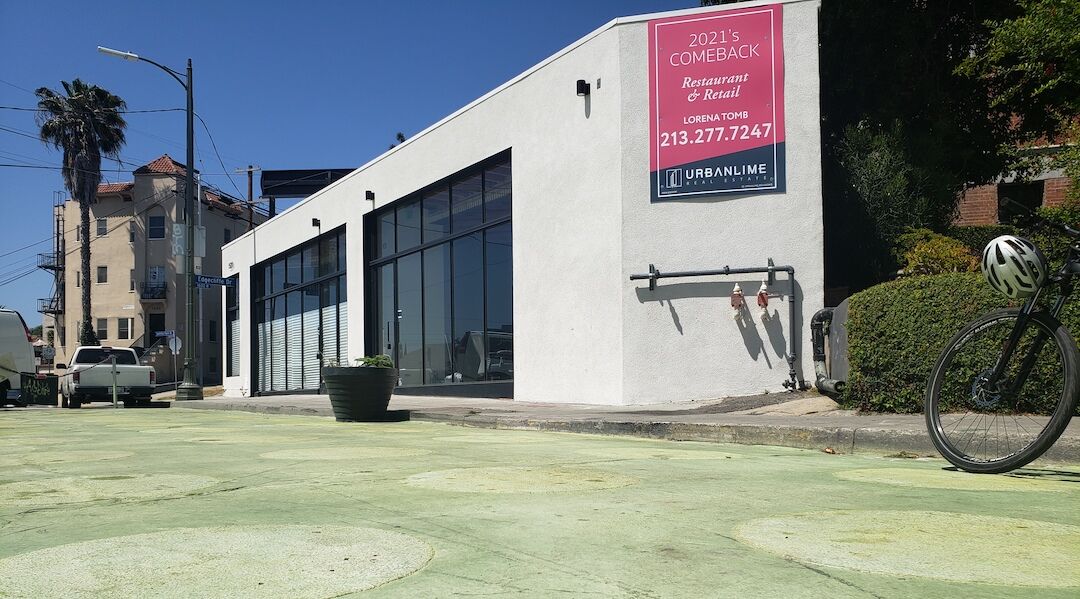 A new bakery and burger place are scheduled to open in the RYDA project at Triangle Plaza in Silver Lake. 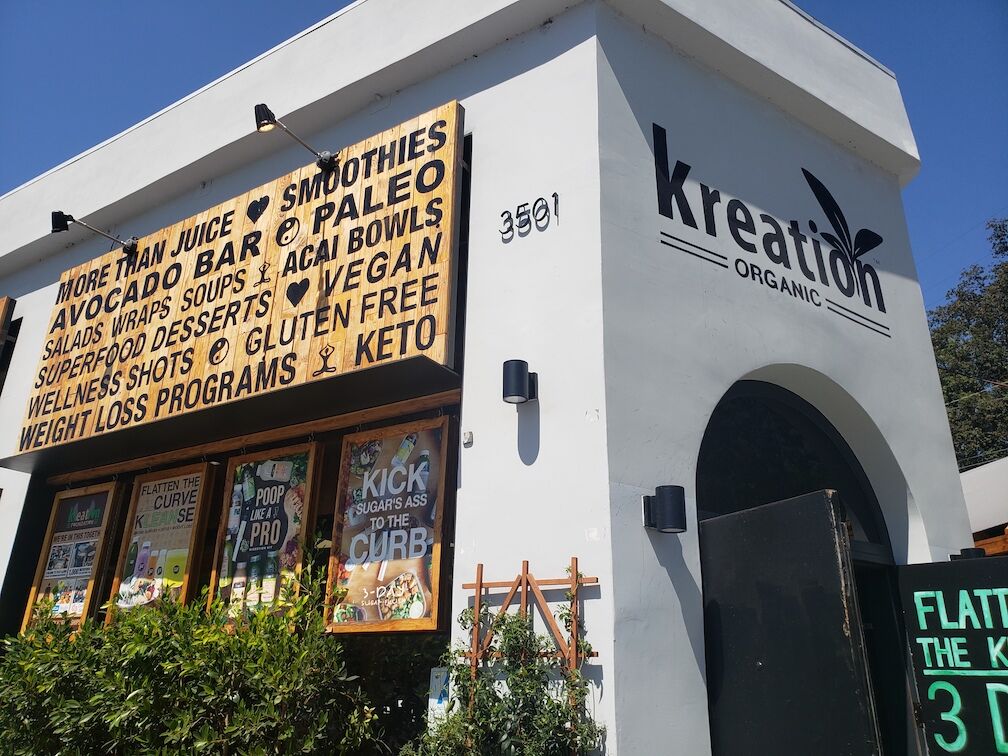 The former home of Pop Physique at Sunset Boulevard and Golden Gate Avenue in Silver Lake was renovated by RYDA into retail and restaurant spaces.

Together, the projects would make Daniel and Ryan Neman among the largest real estate developers in Silver Lake. Their multi-storied projects would stand in contrast to the mostly one-and-two story buildings that line the boulevard, bringing in hundreds of new residents as well as new shops and businesses -- if completed.

The Eastsider has reached out to the Neman brothers at their company, RYDA, for comment but has not received a response. However, online public filings and previous news stories provided a picture of the brother's growing impact on Silver Lake.

The latest project from the Neman brothers: Plans to replace an auto repair shop in the 3200 block of Sunset Boulevard near Descanso Street with a mixed-use project with 82 residential units and commercial space.

The 7-story building that the Nemans want to construct on the current site of Sunset Body Works would be much larger than the 3-story building that would normally be allowed because they are proposing to include eight units of affordable housing. The Nemans also want to provide less parking and open space in return for providing affordable housing, according to their Planning Department application.

This would be the third large residential project the Nemans are involved in within three blocks of each other on Sunset.

The Neman brothers come from an entrepreneurial family

The brothers come from a family that has been involved in textile wholesaling and real estate, according to the L.A. Business Journal. Their older brother, Jonathan, is co-founder of Sweetgreen, the salad and food bowl chain that opened a restaurant in Sunset Junction.

"We could not have been more perfect brothers and business partners because we are the 100 percent opposites of each other," Ryan told the Business Journal. "Our personalities are completely different. I am more of a do-first, think-after type of guy. Daniel is more of a high-level strategic thinker. Sometimes it takes both of those to come to a good solution."

Some of the other Neman projects include:

• The Planning Department in 2019 approved the brother's plans to build a four-story, 104 unit residential development with ground-floor shops, replacing a former evangelical church and a small strip of storefronts. The property, which was purchased for $7.8 million in 2016, sits on the same block where RYDA has proposed its 7-story project.

• RYDA is apparently involved in a project to build a five-story, 74-unit apartment project at Sunset and Reno Street, next to Los Globos nightclub. In return for including eight-affordable apartments, the Planning Department has signed off on allowing the project to be much larger than would normally be allowed.

• A filing with the Ethics Commission indicates that RYDA hired a lobbying firm in connection with a potential mixed-use development at 3300 Sunset, a former auto repair facility right across the street from where the Neman brothers plan to build 104 units of housing. However, recent building permits indicate there are also plans to convert the auto repair shops into a restaurant and retail complex.

• The Neman brothers’ company renovated the former Pop Physique building space at Sunset and Golden Gate Avenue, which is currently occupied by Kreation Organic Juicery and other tenants.

• Two blocks away, the brothers turned another former auto body shop into a a restaurant-retail space facing Sunset Triangle Plaza. That corner building has leased space with a gluten-free bakery and a smash burger takeout restaurant.

The company’s web page also lists four other projects elsewhere in the city, including the conversion of the 1925 Craftsman in Los Feliz from a medical office to retail space.

All this from a company that was only founded in 2014.

How nice to see the Eastsider shilling for these developers. This article should be labeled as an advertisement. I get it, we need more housing in Los Angeles but does it all have to look like this ugly, uninspired garbage? And I love how the city keeps granting these variances to allow oversized buildings because they have a couple of "affordable" units.

Yes, it reads like a PR sheet from their PR firm ... bit too flattering to be believable and I agree about the affordable housing units game these developers seem to be playing right now.

Yes, that they can nearly build two and half times as tall an for a piddly 8 units of "affordable" housing, and the rest for the rich only, shows how corrupt this city is. And if you heard the "affordable" price for what you will get, you would not consider it the least bit "affordable." "Affordable" housing is NOT low-income housing.

When you let the zoning limits be thrown out the window, and for such a piddling amount of units and that still high priced as "affordable," that is corruption. In reality, the numbers should be reversed, 74 units of real affordable housing, and 8 units for the rich - that woud better match the people in Los Angeles now.

These laws the current crop of city politicians have passed eliminate zoning, they eliminate community planning, and they do not help the bulk of people in Los Angeles who need REAL affordable housing.

You're dead-on man. This is criminal...and THREE of these all within three blocks? This is going to be a nightmare. I used to love being able to see the sky.