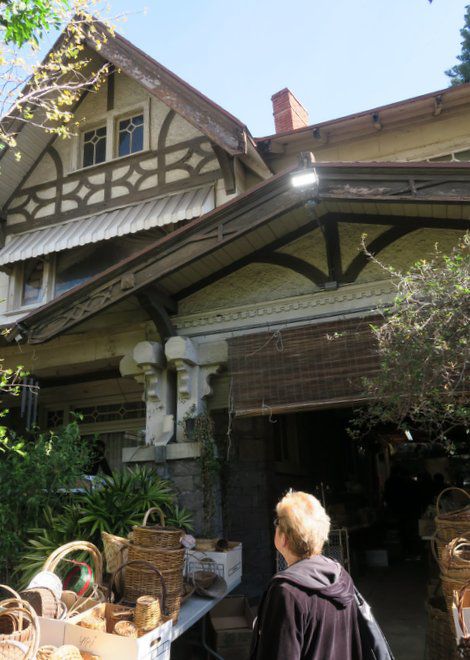 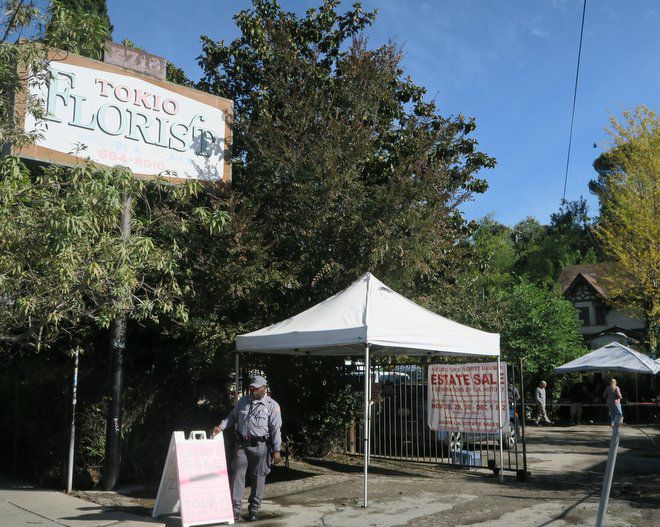 Silver Lake - An effort to have a century-old home that once housed a long-time Japanese florist declared a historic landmark has taken a big step forward as supporters fear the property could be demolished or developed.

The Cultural Heritage Commission voted 4-0 last week to have the Hyperion Avenue property added to the city's list of historic-cultural monuments, which would make it harder for any demolition or major changes to take place.

The Tudor Revival-style home surrounded by a Trader Joe’s and other shops and restaurants served for decades as home to Tokio Florist, which had been run by a Japanese-American family since the late 1920s.  The half-acre site was put up for sale late last year after an estate sale was held to clear out belongings of Sumi and Frank Kozawa.

The nomination by the Little Tokyo Historical Society notes that, while Japanese Americans dominated the wholesale flower industry for several generations, Tokio Florist is a rare case in which a building associated with that industry survives with integrity. The 100-year-old Tudor home is also "representative of the agricultural and horticultural sectors of Los Angeles’s commercial and early industrial development."

During Thursday's commission meeting, Catherine Gudis, who worked on the landmark application, said the property provided an opportunity to “highlight obscured history” of Japanese-Americans in Los Angeles, according to Curbed LA.

The home was originally built elsewhere, and was moved to its current location in 1929. According to the nomination form, the proprietors of Tokio Florist - Yuki Sakai, her daughter Sumi (Sakai) Kozawa and son-in-law Frank Kozawa - moved the business to Silver Lake from Los Feliz in 1960, when Hyperion was still only lightly trafficked. The family sold fresh-cut flowers, potted plants, palms, shrubs and bonsai trees there until 2006, when Sumi and Frank Kozawa retired. Sumi Kozawa died in 2016, at the age of 100.

The home - set back comfortably from the street - now finds itself wedged between Jersey Mike’s and the Trader Joe’s parking lot. It’s currently listed for sale at nearly $4 million (down from an original asking price of $5.5 million) boasting seven bedrooms, three bathrooms, and half an acre of surrounding property that still has an irrigation system, raised garden beds, and various plantings and trees, according to the nomination form.

Referring to marketing that encouraged development, the Little Tokyo Historical Society's nomination said "we are concerned about the potential for lot subdivision, demolition, and/or major alterations to the character-defining features of this important historic and cultural site."

The Kozawa's daughter, Susie told The Eastsider last year that she hoped there would be a “creative reuse” of the property ”so that there was a link to what was here.” But that would not be a requirement of the sale, she added. Kozawa did not respond to emails seeking comment on the nomination.

The Historical Society added that a real estate agency had recently contacted the Los Angeles Conservancy about subdividing the lot for a condo development.

While the Cultural Heritage Commission has signed off on the landmark application, it's now up to the City Council to vote on the matter and make a final decision.