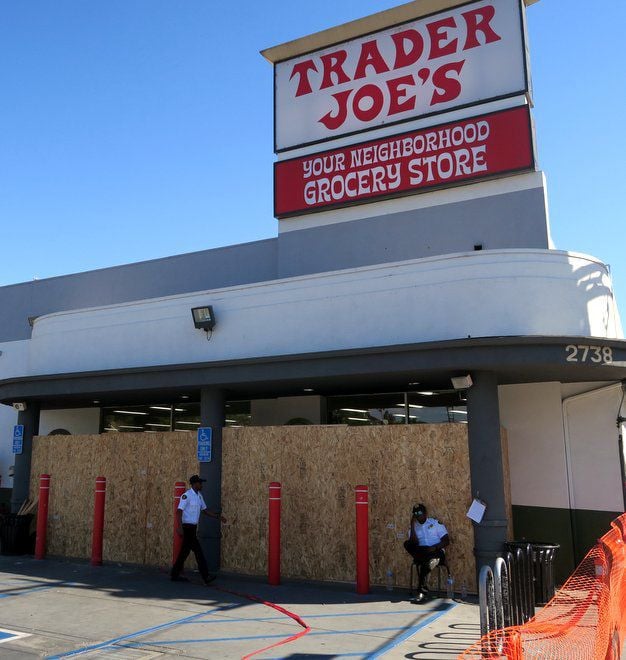 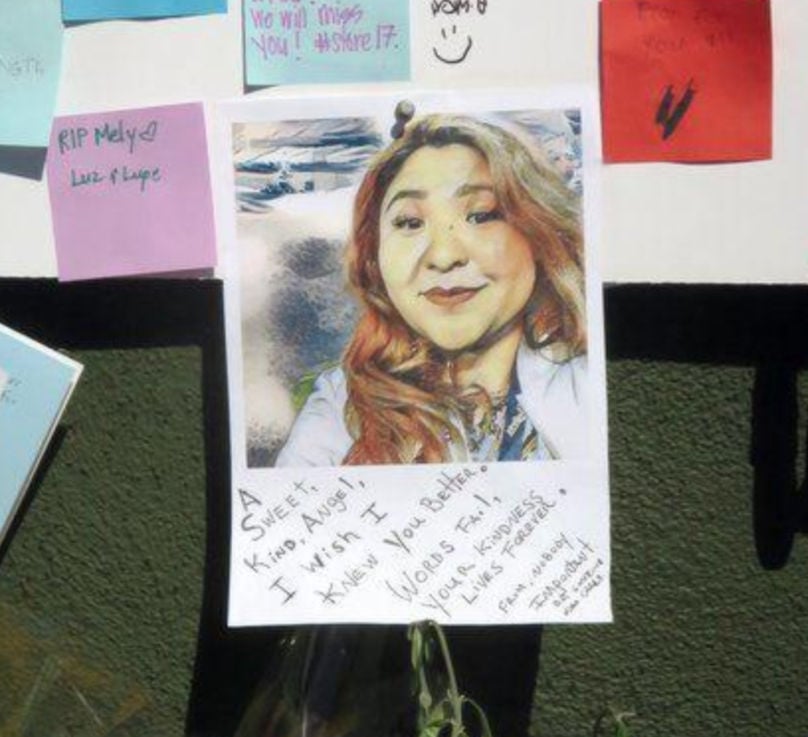 Two LAPD officers acted lawfully and will not be charged with a crime in the 2018 shootout outside the Silver Lake Trader Joe's that left an assistant store manager -- an innocent bystander -- dead after she was struck by an officer's bullet, according to a report released today by the Los Angeles County District Attorney's Office.

The prosecution's assessment of the police shooting of Melyda Corado, however, is dated Nov. 30, about a week prior to new District Attorney George Gascon being sworn into office. It was not immediately clear if Gascon -- who has vowed to take a harder stance on law enforcement shootings -- plans to review the case.

In a 22-page evaluation of the shooting, the District Attorney's Office concluded that Officers Sinlen Tse and Sarah Winans were "justified in using deadly force in an attempt to stop" the suspect, Gene Evin Atkins, who was shot in the left elbow as he ran from the car into the market. He was subsequently charged with murder involving Corado's death, along with 50 other counts.

"The fact that Corado was struck accidentally by Tse's gunfire is tragic, however, it does not negate the lawfulness of the officers' actions in using deadly force to stop a dangerous fleeing felon," according to the memorandum from the District Attorney's Office.

Prosecutors concluded that "Corado was killed due to Atkins' provocative act resulting in the officers' responding to Atkins' use of deadly force and therefore Atkins is criminally responsible for Corado's death."

Though he did not shoot Corado, Atkins is charged with her killing under the theory that he set off the chain of events that led to the 27-year-old woman's July 21, 2018 death, in which he allegedly shot his 76-year-old grandmother and injured his 17-year-old girlfriend in South Los Angeles, then took his grandmother's car and led police on a wild chase in which he tried to carjack a white Jeep Wrangler at gunpoint at a gas station.

He allegedly fired shots at the two officers during the chase, and again when he got out of the car following a crash and fled into the store, holding customers and employees at gunpoint inside before surrendering to a SWAT team after about three hours of negotiations following the tense standoff.

Atkins was ordered in September 2019 to stand trial on 51 counts, including murder, attempted murder, attempted murder of a peace officer, assault on a peace officer with a semiautomatic firearm, kidnapping, fleeing a pursuing peace officer's motor vehicle while driving recklessly, grand theft of an automobile, discharge of a firearm with gross negligence, shooting at an occupied motor vehicle, false imprisonment of a hostage and mayhem.

In February, Superior Court Judge Lisa B. Lench ordered a court-appointed psychiatrist to examine Atkins after his attorney questioned his client's mental competence to stand trial. The criminal case against Atkins was suspended, and he is due back in court Dec. 23.

Atkins allegedly committed "numerous dangerous traffic violations in an attempt to evade the police," tried to carjack a vehicle, nearly struck a pedestrian crossing the street and shot at the pursuing officers on two separate occasions. He failed to surrender even after losing a tire on the vehicle and crashing, prosecutors noted.

"After the crash, Atkins immediately exited the Camry and fired his handgun three times at Tse and Winans as he ran into the Trader Joe's," according to the memorandum. "Tse and Winans returned fire in an attempt to stop Atkins from trying to injure or kill them or civilians in the Trader Joe's. Atkins showed no consideration for the lives of others and it was reasonable and lawful for Tse and Winans to use deadly force to protect themselves and the public."

The District Attorney's Office noted that "no bystanders were visible" behind Atkins or in the line of fire when the officers fired at Atkins, with the evidence suggesting that Corado was "accidentally struck by gunfire when she ran towards the front doors" of the store after the vehicle crash.

Eastsider staff contributed to this report.

You can almost guarantee this new pos district attorney is going to charge the officers. I support the police but this was really a bad shoot. Police officers should not be charged For murder in a situation like this, But the city's gonna pay millions, And probably should.I wish they had at least shot and killed the guy after he got out of the crashed car.

This pos DA is in office to reward criminals...