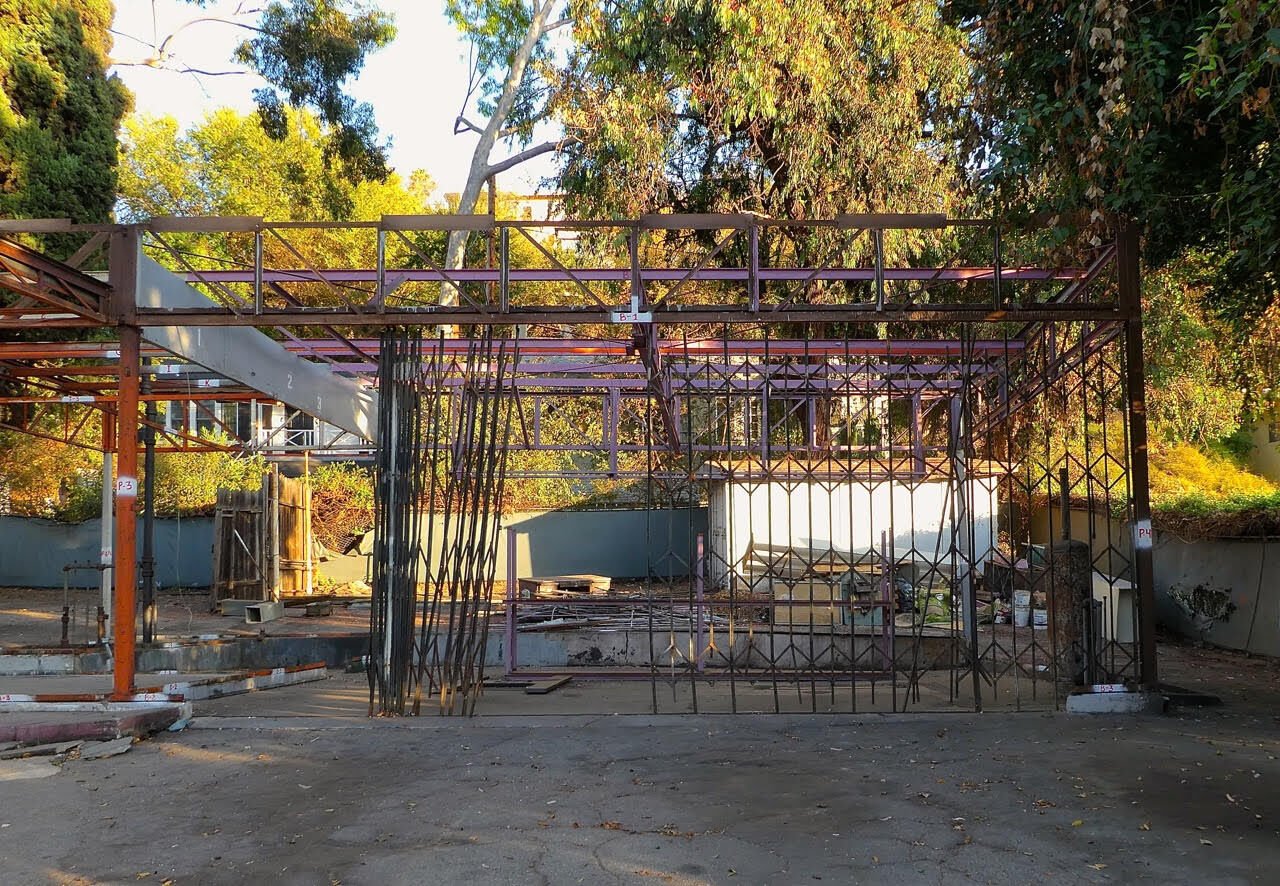 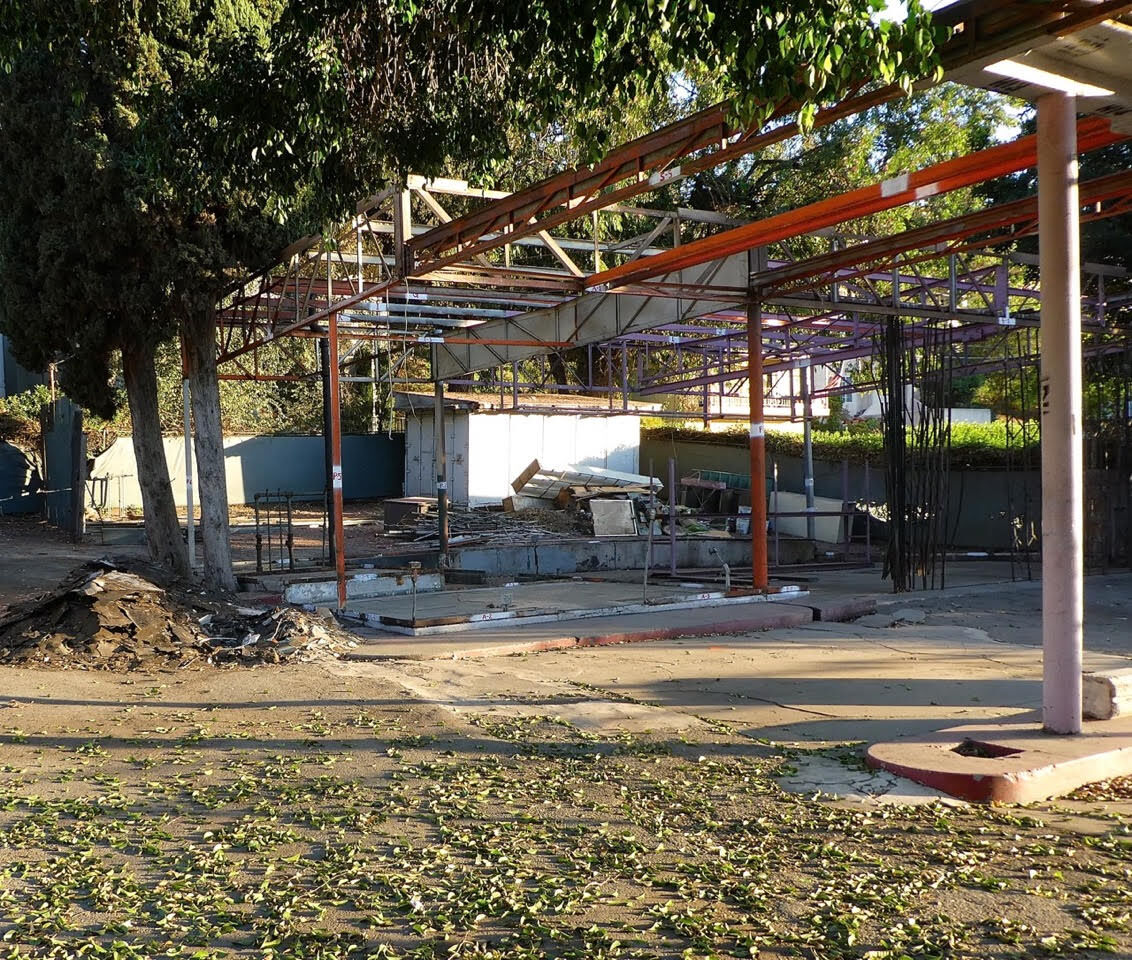 The metal skeleton of the former repair shop that originally served as a Texaco station.

Silver Lake - A former service station that failed to gain historic landmark status has been disassembled, packed up and moved. But its whereabouts have not been made public and its eventual destination has not yet been determined.

The former Silver Lake Texaco Service Station at 1650 Silver Lake Boulevard is supposed to be reassembled and restored elsewhere. But the specific location still has been chosen, according to a notice that  posted on NextDoor by City Councilmember Mitch O’Farrell from District 13.

The notice read, in part:

Crews recently began disassembling a 1941 Streamline Moderne former service station on Silver Lake Boulevard which will be relocated, reassembled, and re-purposed as a café and bike rental station along the Los Angeles River. The structure will be temporarily stored in a safe place until a permanent site is identified. It is anticipated that RiverLA and my office will begin community engagement early next year to help determine the site.

UPDATE: O'Farrell's office confirmed this update. Spokesman Tony Arranaga added that the structure has been donated to RiverLA and is to be adaptively reused as a bike rental station and cafe somewhere along the river.

O’Farrell first filed a motion two years ago to have the station declared a Historic-Cultural Monument - one month after the owner filed to demolish the building. A report from the Planning Department called the the building “a rare, surviving example of an automobile commercial development from the 1940s.”

But the application was rejected by the City Council unanimously last year after the property owner agreed to move the 1940s-era station to an undetermined site along the L.A. River.

The property owner plans to build a mixed-use project on the site with a 3-story, 14-unit residential building with ground floor retail space.

where am i going to get my volvo serviced now? these guys were the best