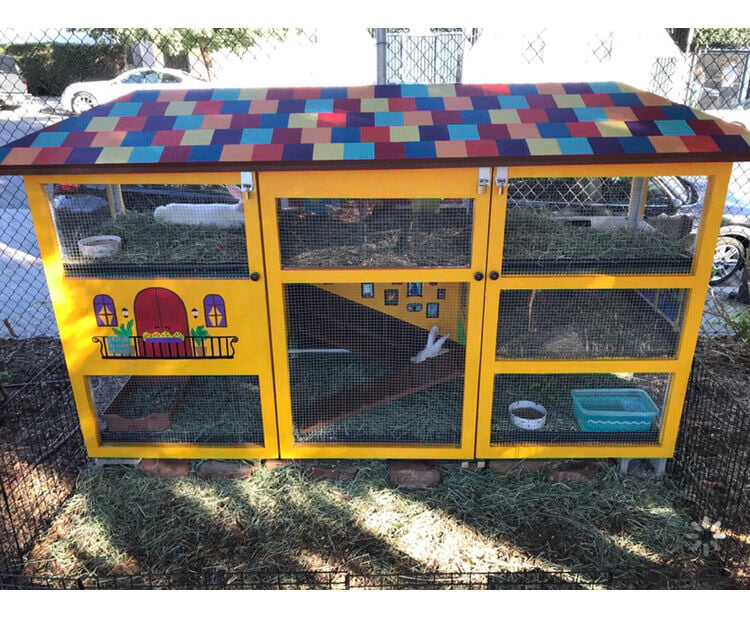 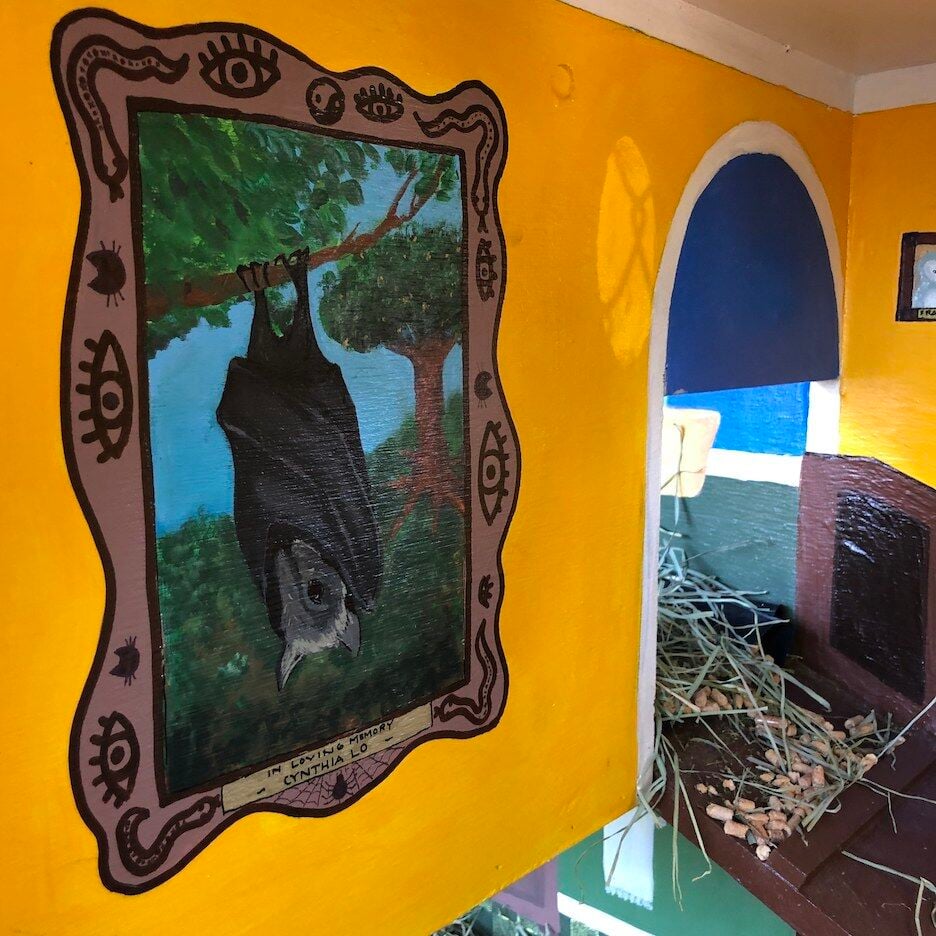 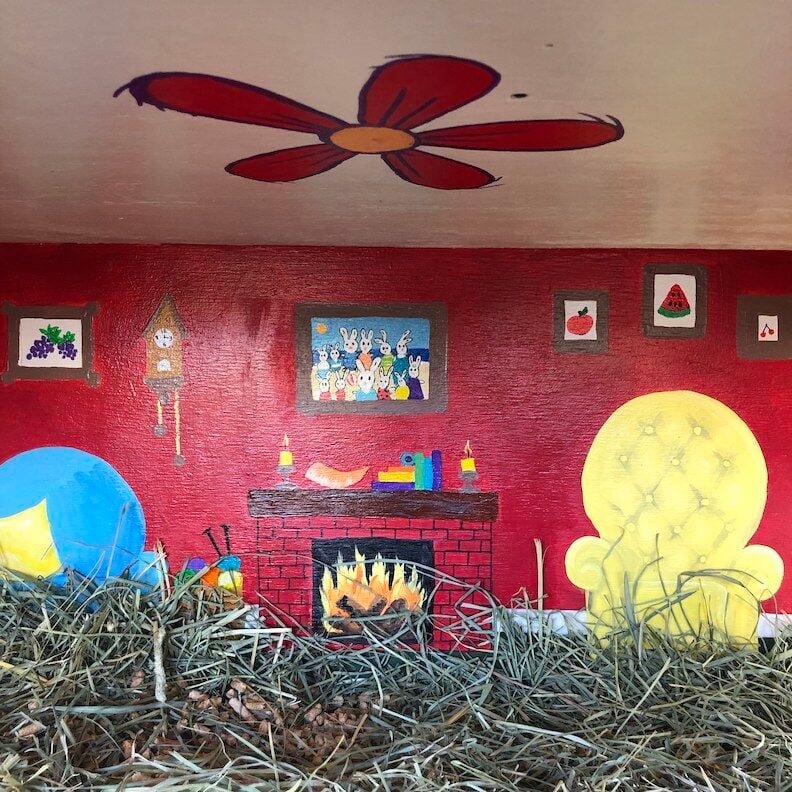 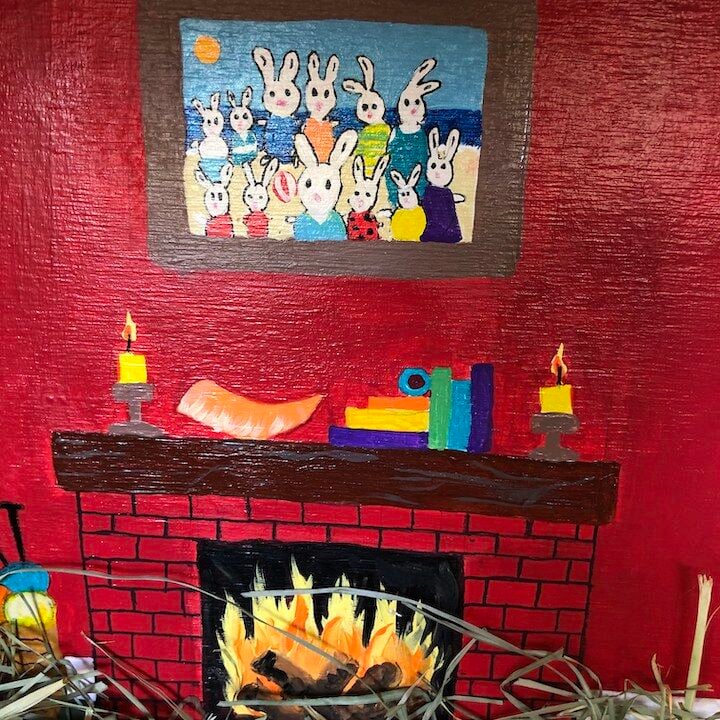 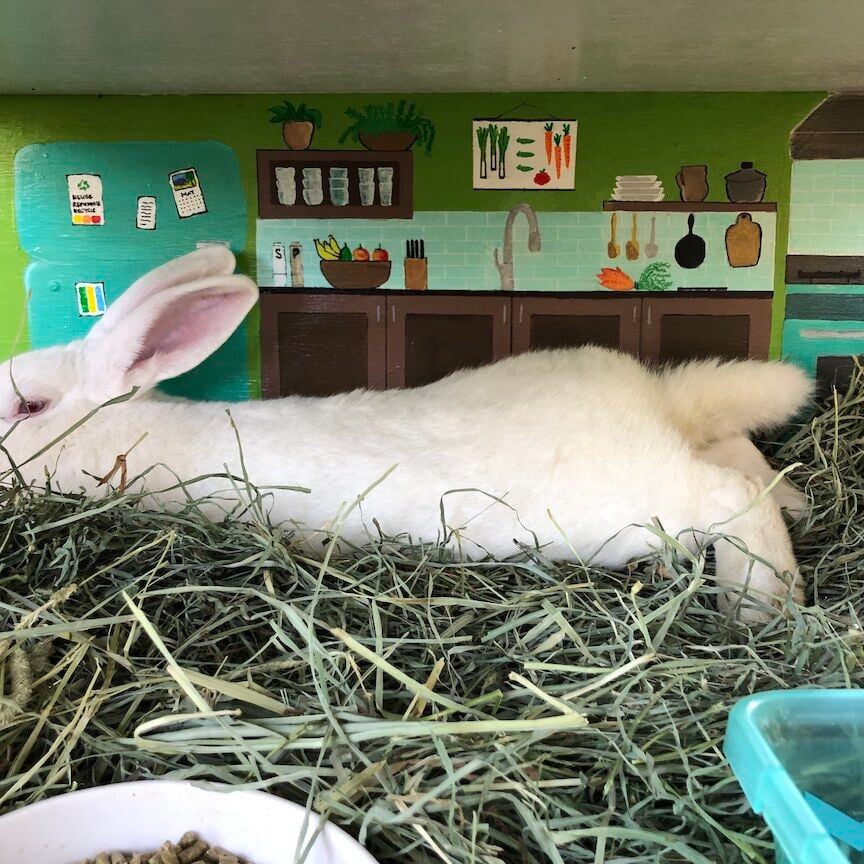 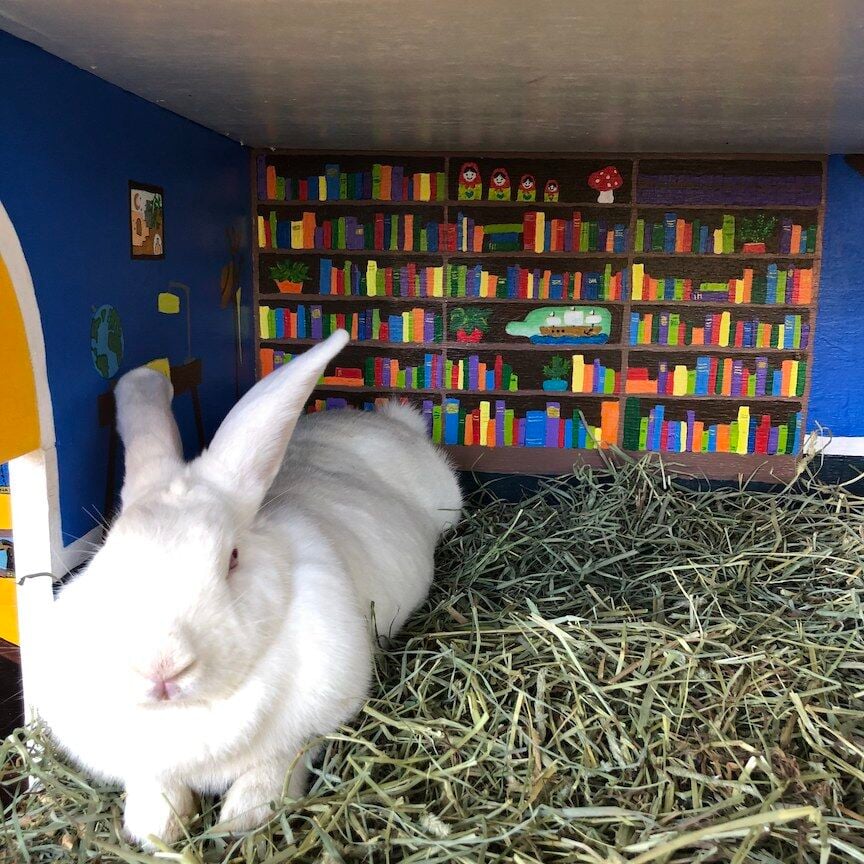 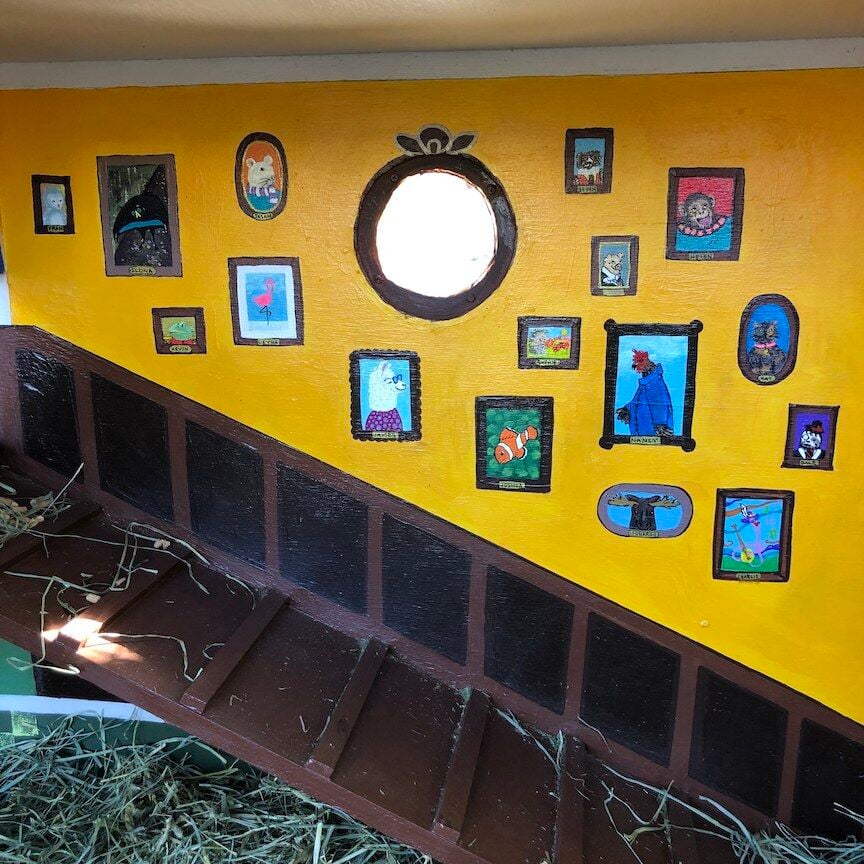 Silver Lake - Despite a red-hot seller's market in real estate, Lady Bun Bun Flufferstein and her son Marshmallow managed to find a brightly colored three-story Contemporary, with a foyer, a study room, a fireplace room, a garden balcony, and a cafe balcony. Plus a garden right outside the front fence.

Sure, the house is only 40 square-feet. But Marshmallow and Lady Bun Bun are rabbits. So they feel safe in tight quarters.

The white-haired, pink-eyed bunnies were adopted by members of the Micheltorena Community Garden, which surrounds most of the new home. The fancy hutch was built by Avo Packsoltes and Ted Burton, working for 30 hours over the course of four weekends, according to Leyna Lightman, one of the gardeners.

Decorating the shelter, however, took much longer. It took a core team of Ilona Piotrowska, Sophie Pennetier, and Katrina Hermann (who also designed the hutch mural) working a total of around 200 hours to paint every picture on the wall, every utensil in the kitchen, every blade on the ceiling fan, every hand on the cuckoo clock, every book in the library.

The garden group adopted the rabbits from Too Many Bunnies, a rabbit rescue organization based out of Redondo Beach. These two bunnies were among a group of six that were found last spring in the streets of Lawndale, according to the director of Too Many Bunnies, Linda Baley, who advised the gardeners on designing the hutch structure. The other four rabbits were also Lady Bun Bun Flufferstein’s babies.

These two animals in particular had scratches on their backs, apparently from crawling under something. They must have been desperate to get away from a threat, Baley said. If rabbits really want to escape, they can dig as far down as six feet deep, and as far away as 60 feet out, Baley said. But they won’t run away if there’s no reason.

“As prey animals, rabbits want food, water, shelter, and no predators,” Baley said. “And if you can set up their cages so that they’re safe, and provide that, they’re never gong to leave.”

Lady Bun Bun has now been spayed, and Marshmallow has been fixed. Their hutch is set against the chainlink fence at Micheltorena Street near the corner with Sunset Boulevard. It also has small fence out front - about the height of a playpen - so the rabbits don’t just wander out and chew through every living thing in the community garden.

The names for the rabbits were chosen by popular vote through the garden group's Instagram page. Some of the names that were not chosen included Bunilla, Rainbow (reminder: the rabbits are completely white), Stew, Ziggy, and Jane Sanders.

The two-foot by eight-foot by four-foot rabbit shelter has not yet been appraised for its potential resale value.