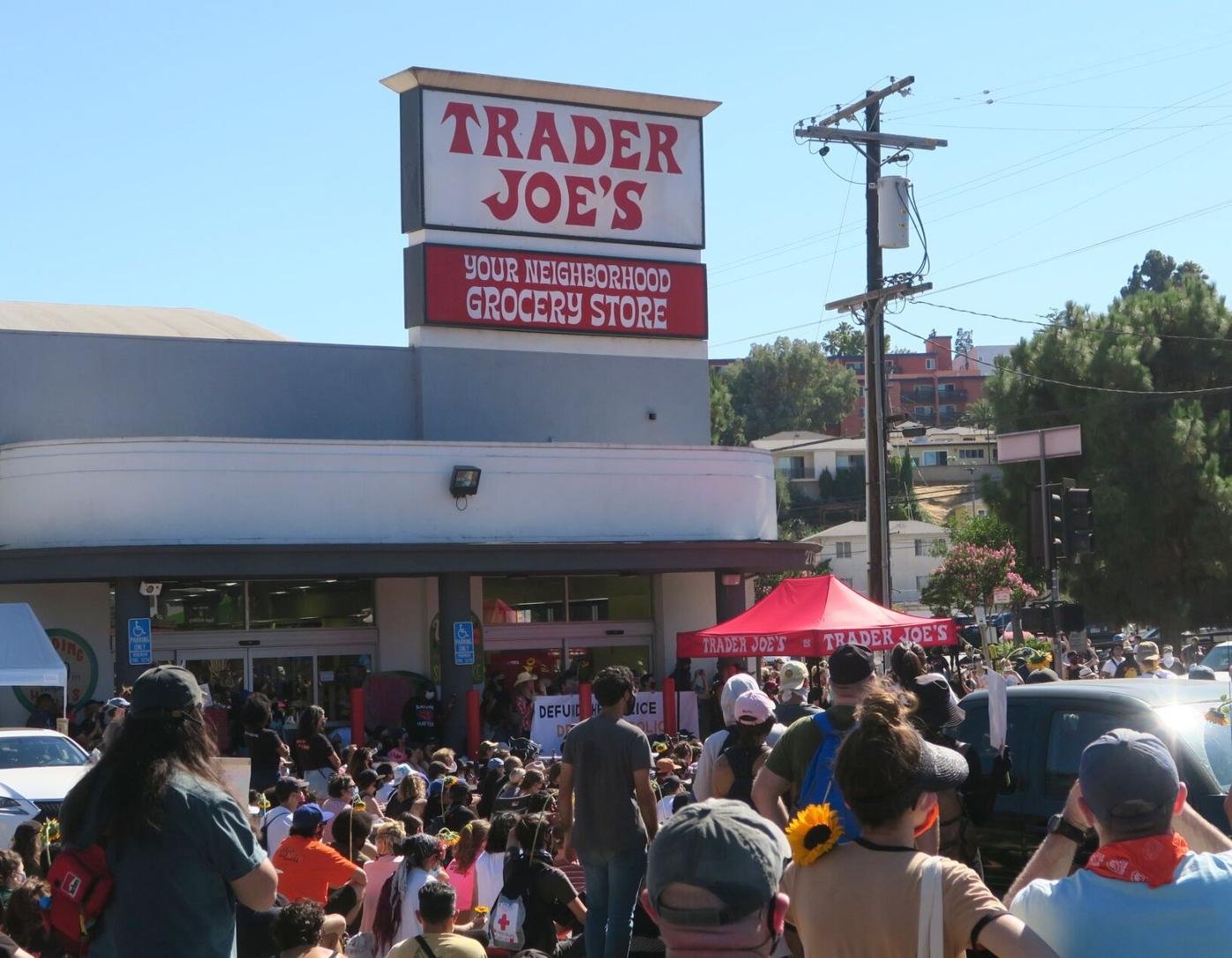 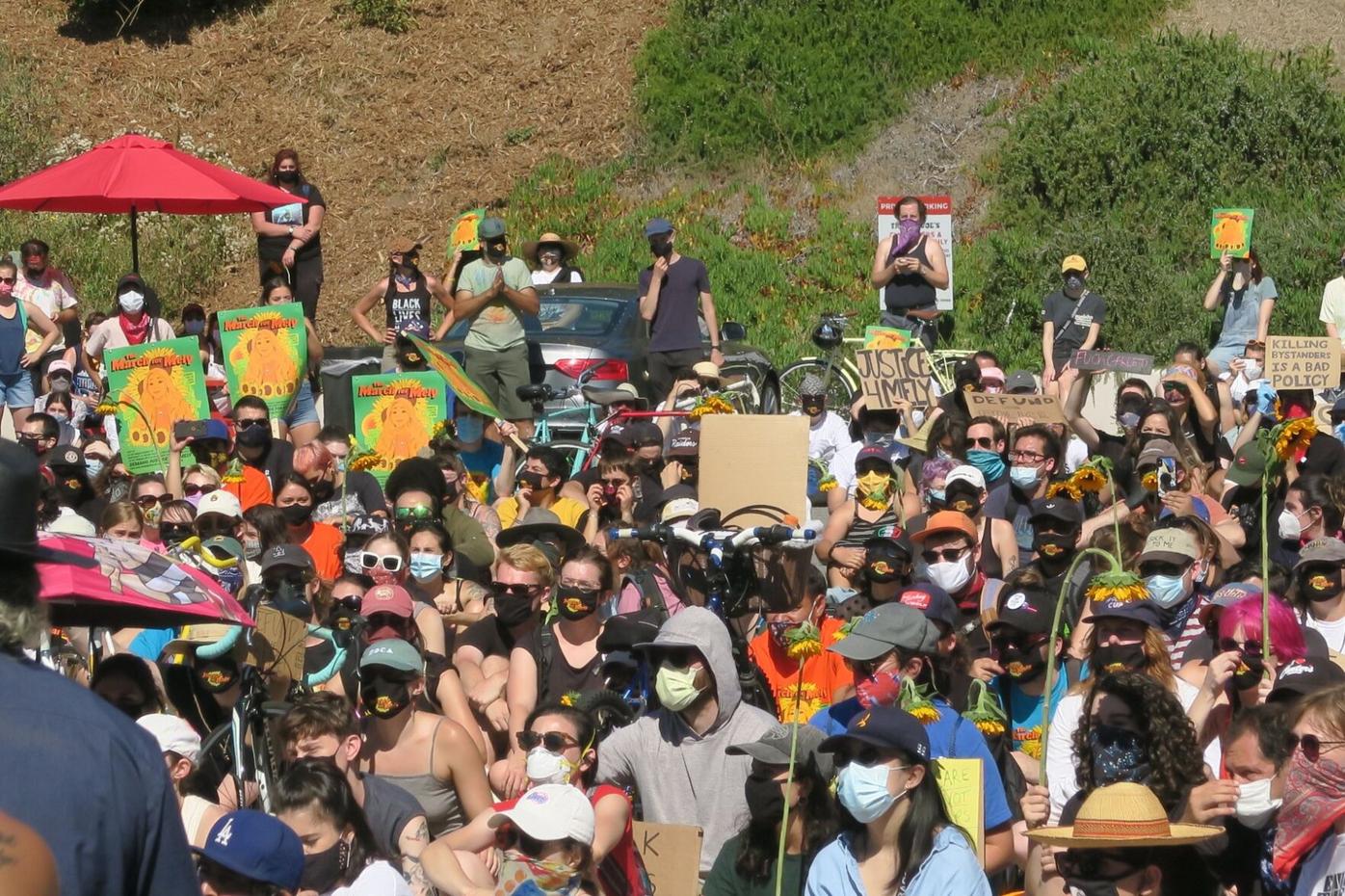 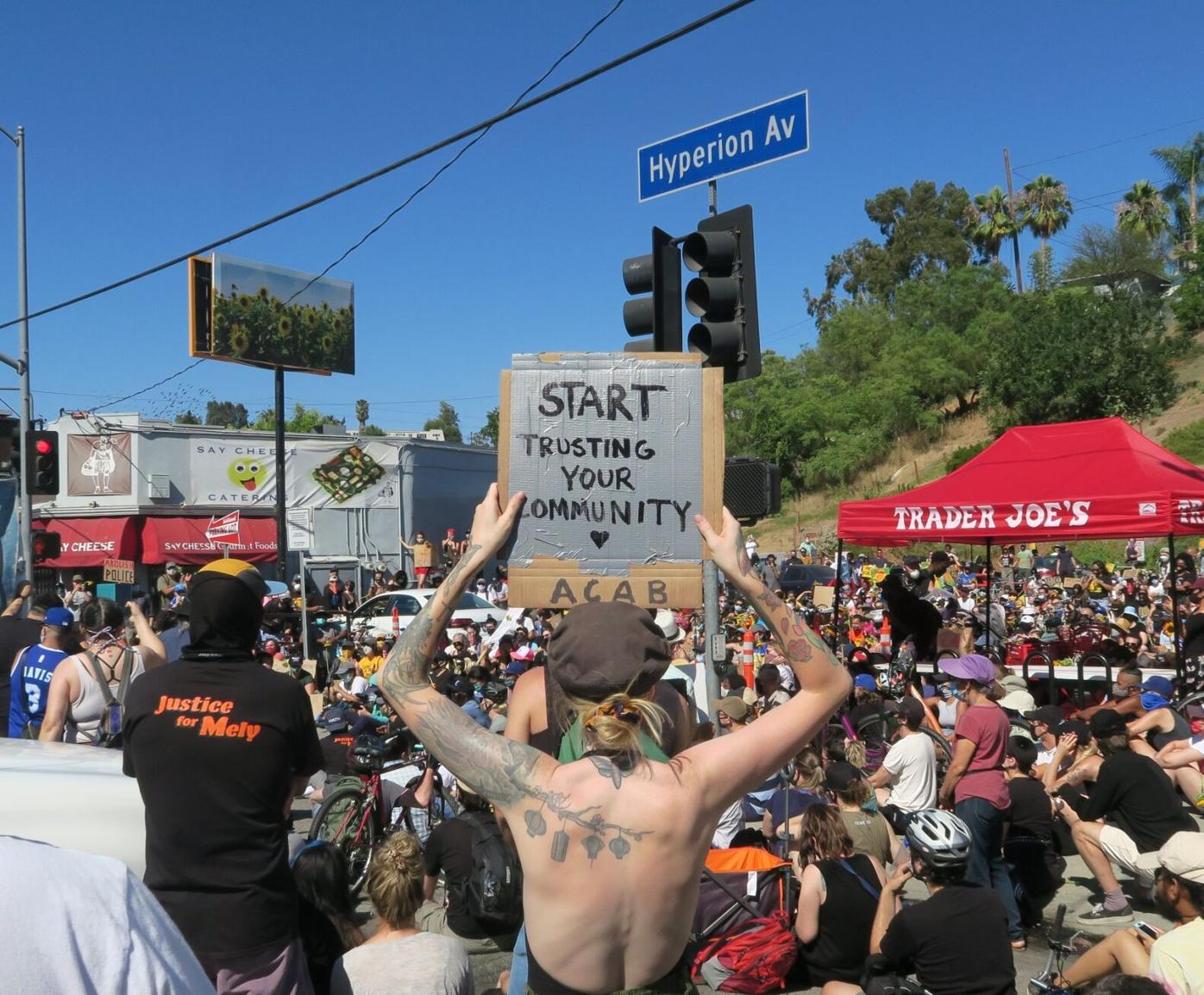 Silver Lake -- A large group of demonstrators marched for several miles this afternoon and filled the Trader Joe's parking lot to honor the memory of manager Mely Corado and denounce police brutality.

The demonstration took place nearly two years after Corado was killed by an officer's bullet during a shootout between police and a suspect, Gene Evin Atkins.

Atkins faces more than 50 criminal counts, including the murder of Corado, since her death allegedly resulted from other felonies of which he’s accused.

Today's memorial started with a march from the LAPD Northeast Division station in Glassell Park and culminated with speeches and music in the Trader Joe's parking lot. Speakers called for the elimination of  the police department and the ouster of LAPD Chief Michel Moore and Mayor Eric Garcetti.

It was the same parking lot that was filled with the sounds of gunshots on the afternoon of July 21, 2018 as officers were engaged in a gunbattle with Atkins, who had crashed his vehicle near the store entrance after a police pursuit.

Corado was shot when she emerged from the store during the gunfight.

Atkins, who is accused of shooting his grandmother and friend earlier in the afternoon, then held several customers and employees hostage inside the store before he surrendered and was taken into custody.

Last year, the family of Melyda “Mely” Corado, filed a wrongful death suit against the LAPD.

The lawsuit claims that officers failed to follow the department’s policy on using deadly force when they opened fire on a suspect.

This afternoon, demonstrators held signs and wore t-shirts with the words "Justice for Mely." Many held sunflowers in her honor.

Water and masks were made available during the event.

Protestors themselves blocked off Hyperion Avenue near the store as demonstration was held in the store parking.

A social worker?? The guy shoot his grandmother, held his girlfriend hostage ,drove like a maniac almost killing people on the road then opened fire on police officers!! Ohh, then took hostages. What about him?

Violence is occurring all over the nation but it doesn't matter unless the cops pull the trigger!

The police got out of their car and immediately started blasting away as the suspect ran, with his back to them, for the store door, and in the barrage they shot that woman and killed her. They then shot in another barrage into a packed supermarket, against policy, even though they had quickly scurried behind a concrete wall where they were perfectly safe.

That was not a time for that, the guy was now contained. It was not time to escalate, it was time to deescalate. Its VERY lucky that the police shooting into a packed market did not result in several people in there being wounded or killed.

The guy was contained, it was not time to be shooting, it was time to deescalate before someone else got shot.

Wrong actually. They shot because it was way more dangerous to have him inside with a market full of HOSTAGES. The guy had no qualms about hurting his grandmother and girlfriend, you think he cares about Bob and Rachel shopping for cookie butter?

Stop creating your own narrative. He was shooting at the police from his moving vehicle before they even arrived at Trader Joes!

He only shot his grandmother and girlfriend because of systemic racism. It's not his fault. We need every city to have Departments of Critical Race Theory to decolonize situations like this and work to promote praxis and education.

So if the officer was black it wouldn’t be his or her fault either?

This is exactly why we need to #defundThePolice, a social worker / mental health professional could have handled this situation far better.

You lost me with the ACAB protesters picture.