All Signs Point to a Stylish Home in Pasadena’s… 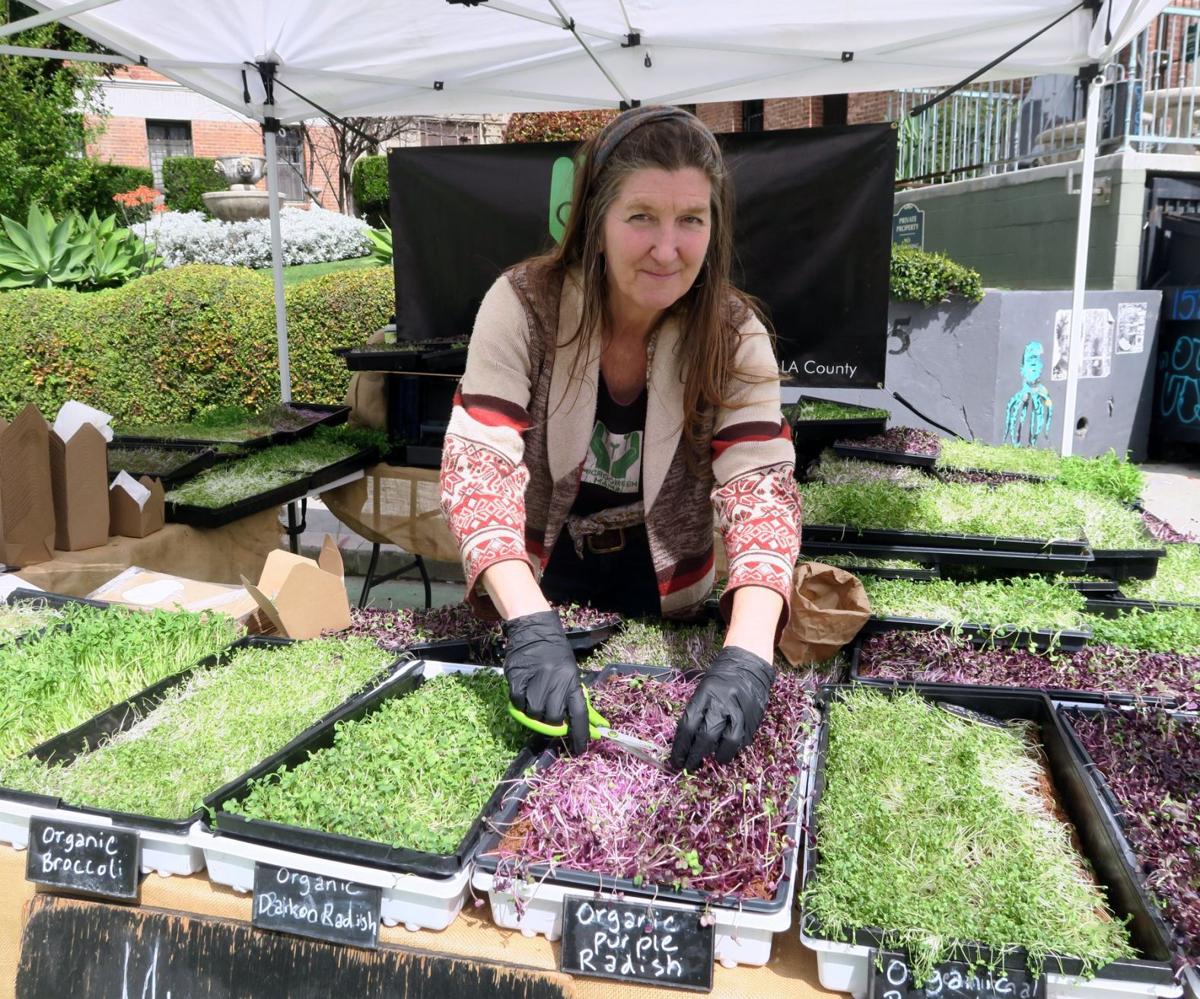 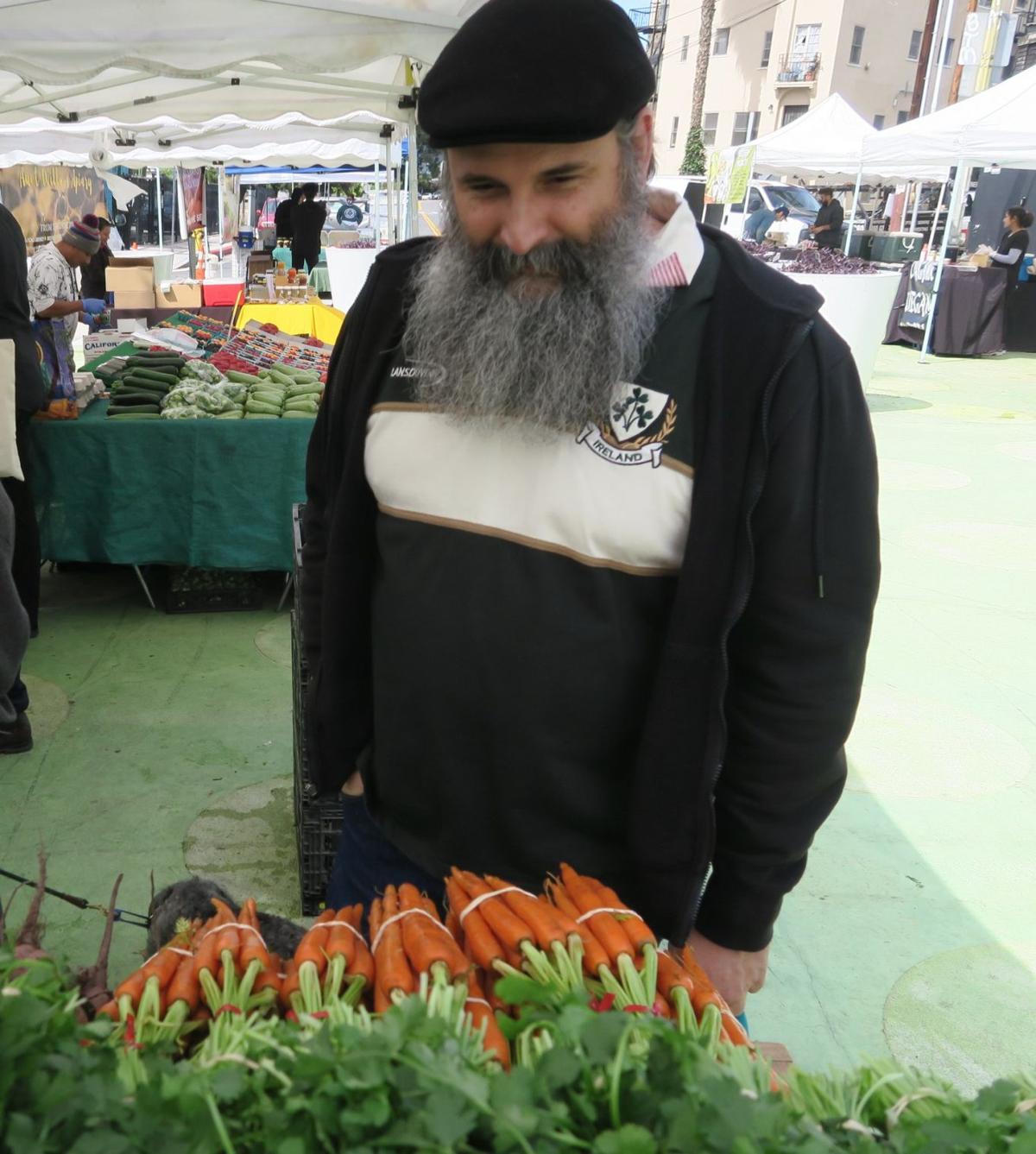 "I'm glad to see that people are not afraid ... and keeping a respectful distance" -- Daniel Pilcher 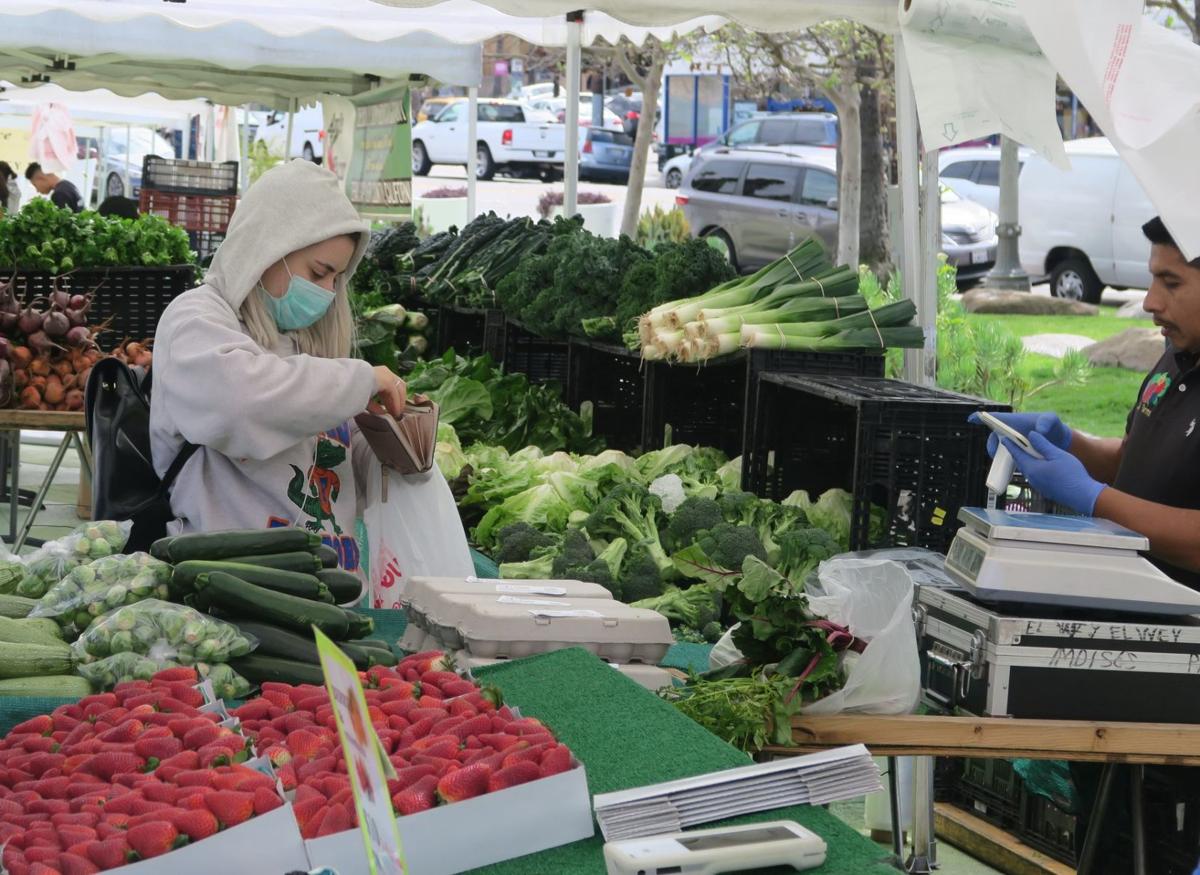 Some customer and vendors wore face masks at the Silver Lake Farmers Market.

But signs eventually emerged that not all was normal at the market in an era of coronavirus. A few customers wore surgical masks and shields as they strolled down the center of the market. No one was offering samples.

Some visitors said there were fewer shoppers than usual on Tuesday afternoon. But others were surprised to see more people than expected wandering between the stalls on a stretch of Griffith Park Boulevard that has been turned into a pedestrian plaza.

"I'm glad to see that people are not afraid," said shopper Daniel Pilcher, "and keeping a respectful distance."

Farmer's markets have been instructed by public health officials to implement several changes to remain open, including the elimination of sample, dining and seating areas and entertainment. All produce and food must be sold to-go.

A market worker wearing a mask said the day started off busier than normal, with more families than usual showing up. "People just want to get out of their homes," she said.

At the Microgreen Mama stall, Laurette Lavin explained the stress-reducing and mood-improving properties of organic purple radishes. But, her peas -- high in vitamin C and protein, were probably the best choice given the pandemic, she said.

Tuesdays usually finds Microgreen Mama at the Torrance Farmer's Market. But that was cancelled.

When she called the organizers of the Silver Lake market on Monday, she was told a spot was available the next day. Lavin said she welcomed the news that farmer's markets were going to be treated as essential businesses and allowed to remain open. "It's the only source of income for [some] vendors," she said.

Many customers were also happy to see the market in action given the panic shopping and crowds at supermarkets.

Said a shopper named Maria, "We're just grateful that it's here -- "just to have a sense of normalcy."