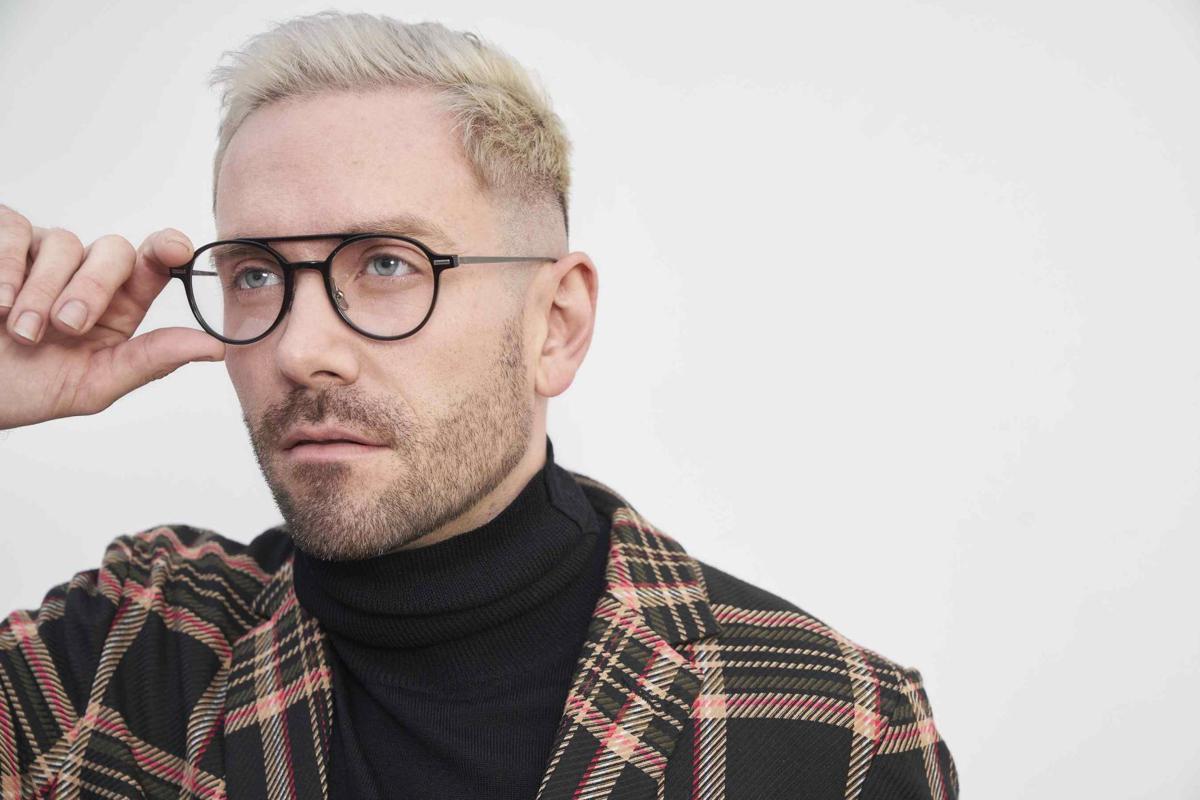 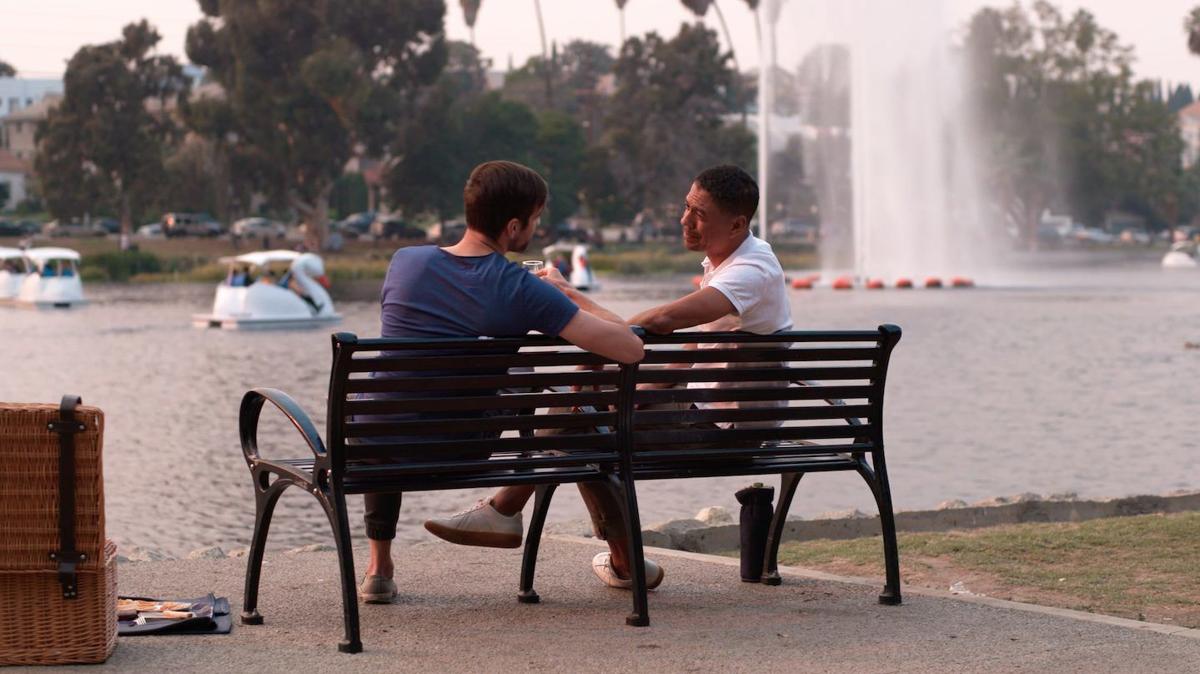 A scene from "EastSiders" shot at Echo Park Lake. 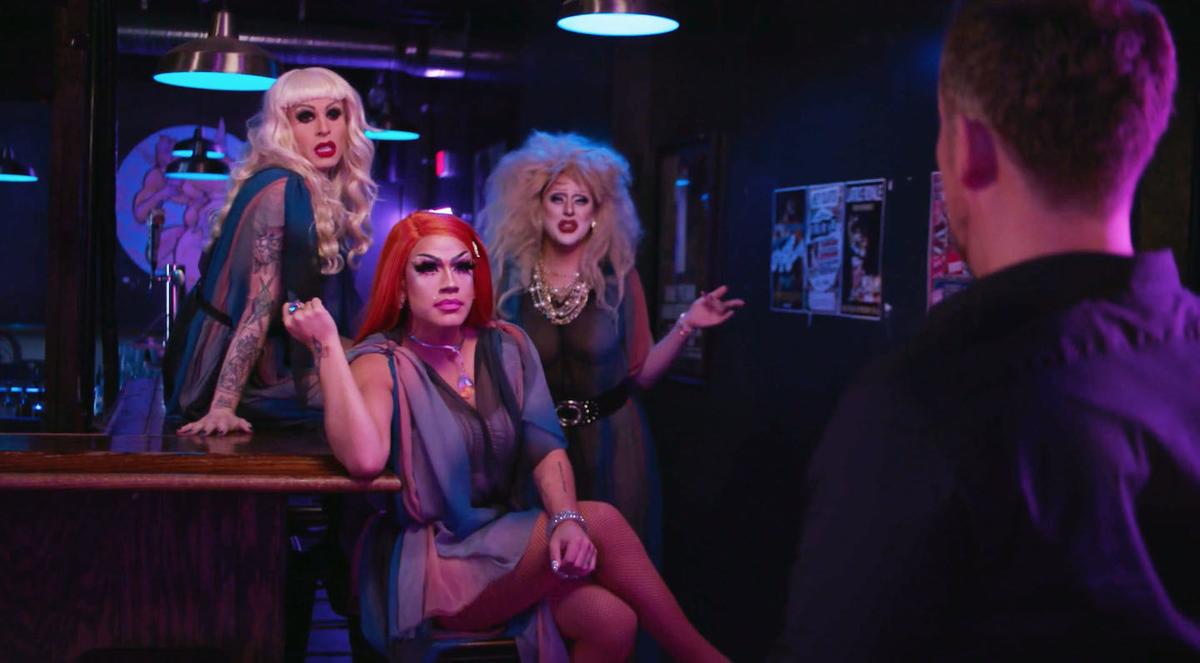 SILVER LAKE -- A Netflix show that's filmed primarily in Silver Lake and Echo Park - and whose characters live in these neighborhoods - has just wrapped up its last season - ending in a marriage, like any classical comedy.

Produced by Kit Williamson, the show “EastSiders” (great name, by the way) has just spent four seasons following the lives, loves and personal catastrophes of a young LGBTQ community in and around Silver Lake and Echo Park.

Local viewers will instantly recognize views of Echo Park Lake, the Mattachine Steps, the Silver Lake Reservoir, Faultline, Cha Cha Lounge, Local and Mohawk Bend. Williamson said the show was, indeed, set and shot primarily in Silver Lake and Echo Park - not just at the familiar landmarks, but also at friends’ apartments in the neighborhood.

Williamson himself moved to Silver Lake 10 years ago after "an unpleasant year in West Hollywood." He began production of EastSiders seven years ago as short segments on You Tube, each show averaging around 13 minutes. Season 2 saw the episodes grow longer as the show moved onto Netflix.

We asked Williamson about the show, the future, and the differences between LGBTQ life in West Hollywood and the Eastside.

What would you say is the elevator pitch for “EastSiders”?

EastSiders is a dark comedy about a gay couple and their friends in Silver Lake, and the sad and funny messes they make out of their lives. It stars five-time Daytime Emmy nominee Van Hansis (As the World Turns) and an incredible ensemble of queer actors and allies. The series takes an unflinching look at queer relationships, and has featured storylines around infidelity, open relationships, abortion and adoption. This season centers around a drag queen’s wedding, and features appearances of drag sensations Willam, Katya, Manila Luzon, Biqtch Puddin’ and Marta Beatchu.

All your characters seem to start out the first season in a very emotional point in their 20s. Is that where you were in life when the show started?

I started the show when I was 26, and it really feels like a time capsule from that time in my life. It’s so incredible that we’ve gotten to see these characters grow up over the last seven years - we get so few long-form depictions of queer characters and relationships, and to see how much they’ve changed over time is really cool. And my husband and I have grown along with the show, fixing my tragic bangs to trading in our thrifted St. Vincent DePaul furniture.

How has the show evolved over the four seasons?

Season 1 was shot on a true micro budget: We shot the entire season for less than $26,000, which we raised through crowdfunding. We’ve since raised nearly half a million to shoot the show, and expanded the format from 10 minute to half-hour episodes. We’re still an indie series, but Season 4 really feels like a TV show—even though we still shoot it in our living room.

West Hollywood has a more high-profile LGBTQ presence than Silver Lake or Echo Park. What are some of the differences between the two communities that stand out to you?

I have so many friends in WeHo, and I would never knock it—I just feel more at home here. There’s a more laid back vibe to the neighborhood, and an artistic edge to the people, where WeHo can feel more polished and cliquey. I think the differences were more pronounced when we started the show, or maybe they just felt more pronounced in my 20s. Don’t get me wrong, I love a messy night out at FUBAR, but I always breathe a sigh of relief when I cross Virgil. We also have such amazing outdoor spaces and way more vegetarian restaurants!

Why did you decide to wind up the show? And why wind it up with (not to give away any spoilers) marriage and family?

In a post-Obergefell world, I think it’s important that queer people decide exactly what commitment, marriage and family looks like to them. For a lot of us, we can’t simply follow the course laid out for us by heterosexual parents - we have to chart our own path. That can be scary, but it’s also empowering. It felt appropriate to tackle the big questions of commitment as we wrapped up the story. I think a lot of couples don’t ever get on the same page about the future—sure, things are great now, but where do you want to be in ten years? If your answer is different from your partner you should probably talk!

I believe that good stories have endings, and that we’ve reached the limit of what we can accomplish independently. This is our last hurrah in terms of this format, but I might not be done with the characters just yet. I’m developing a number of new queer projects, including a possible EastSiders movie on my Patreon page.

A show that is on Netflix isn't a webseries. It's a proper series. Just a thought, copy editor......