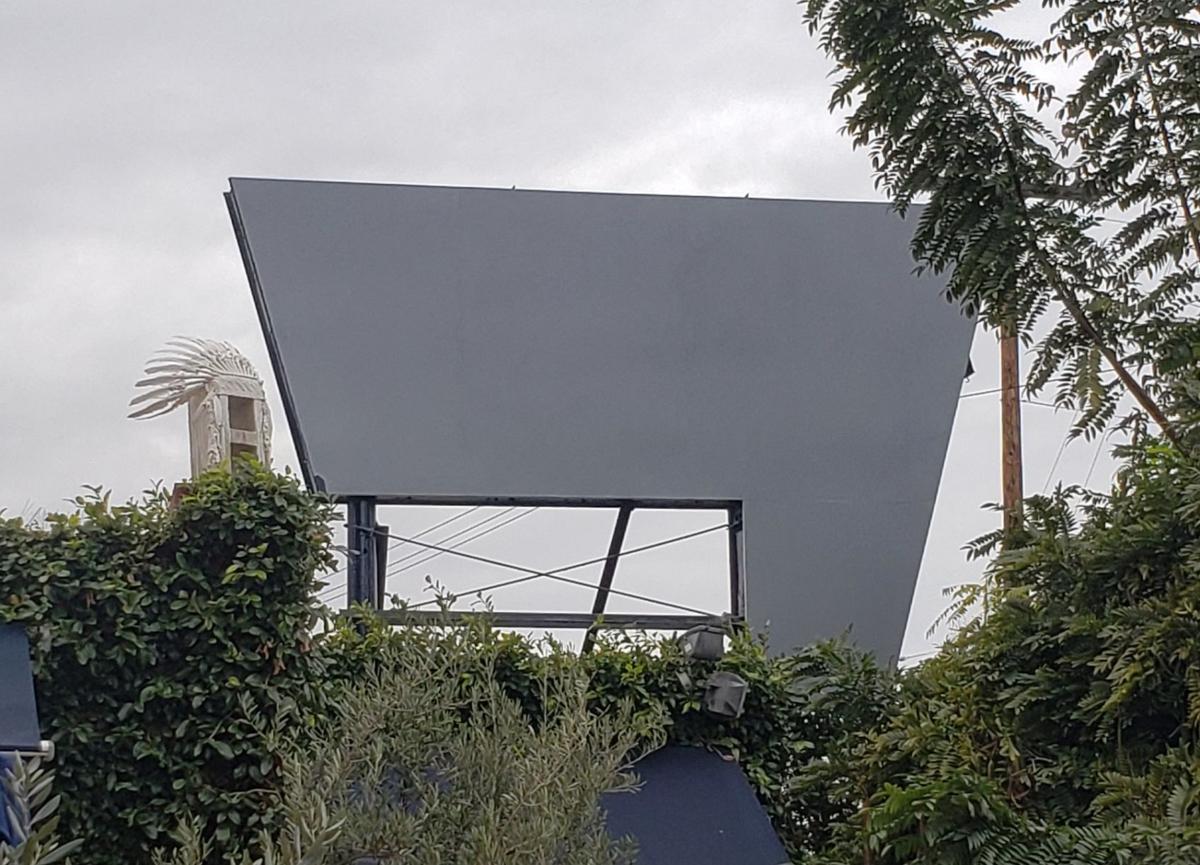 The east-facing side of the sign is blank after being painted over. 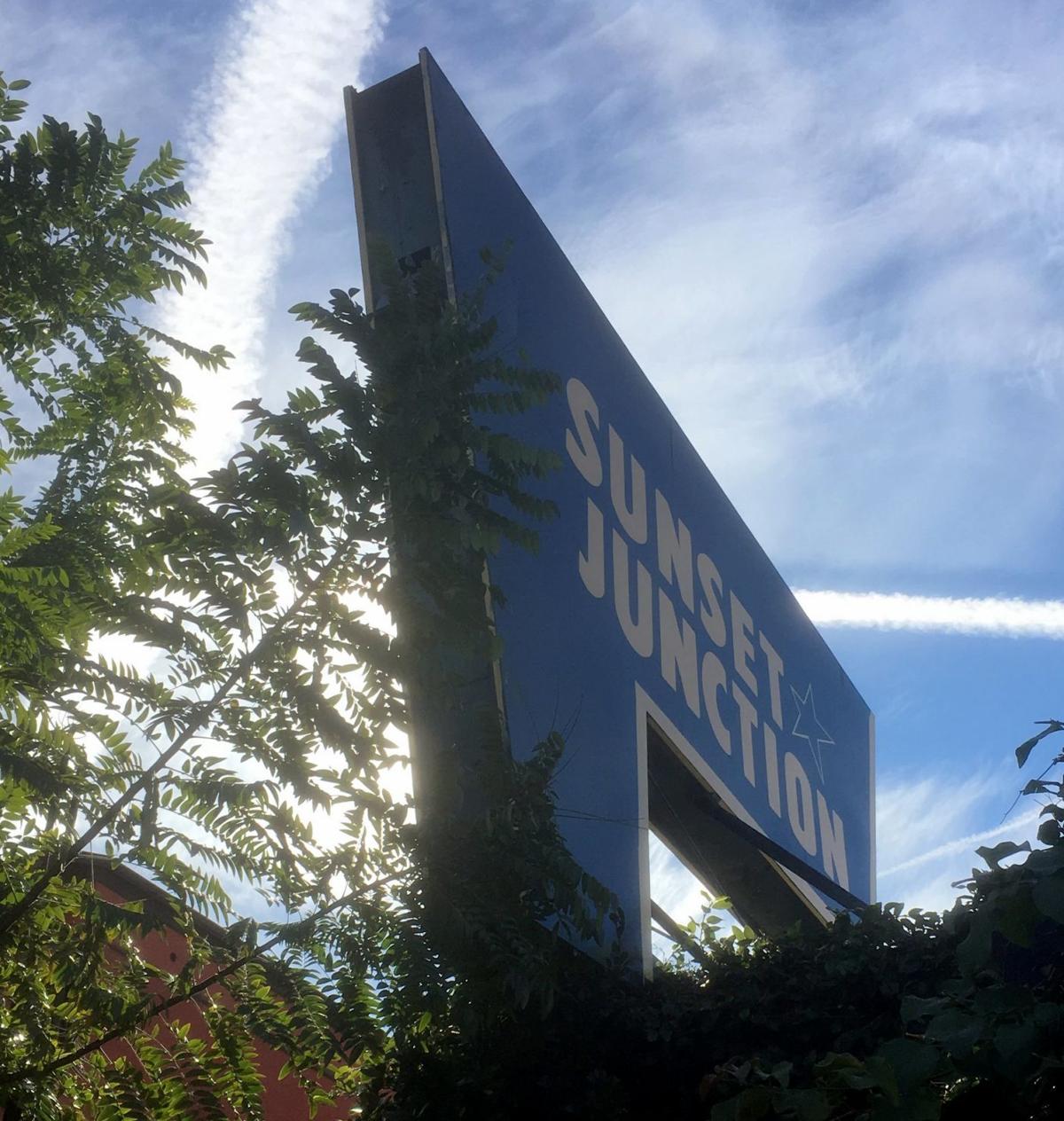 Silver Lake -- It was last fall when passersby began to notice that large patches of the landmark Sunset Junction sign overlooking Sunset and Santa Monica boulevards has flaked off. Then, over the holidays, boths sides of sign that had welcomed visitors to the neighborhood had totally been painted over.

Had the symbol of Sunset Junction joined the beloved Happy Foot/Sad Foot sign, which had been taken down only a few months earlier and stashed away in a Los Feliz gift shop?

Not to worry. The Sunset Junction sign is being repainted and restored but the work has taken longer than expected, said property owner Christine Kantner.

The dark blue sign with cream-colored block lettering had been repainted only two years earlier, Kantner said. But Kantner blamed reformulated paint for failing to last and causing sections of the of the sign to start peeling away.

The sign painter known as T-MAC had recently started to repaint the west-facing portion of the sign when his knee gave out, Kantner said. Once his knee heals, T-MAC will be back to finish both sides of the sign -- which includes a small star and the words "Welcome to Silverlake"--  that rises above the terra cotta-colored complex that houses Intelligentsia coffee, Cafe Stella and other businesses.

It's not clear how long the sign, which is trademarked, has existed in its current form. But Kantner said the sign was already in place when she her now ex-husband bought the building in the early 2000s.

The sign has been there at least since the 1980, I've seen it since then. And probably for many decades before that, very possibly since those buildings were built. The Sunset Junction name comes from the Red Line stop that used to be there, the trains top was listed as Sunset Junction -- I'm not sure why, but possibly two train lines converged there.