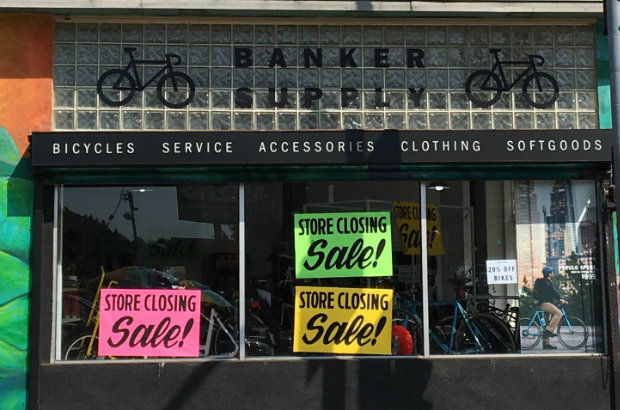 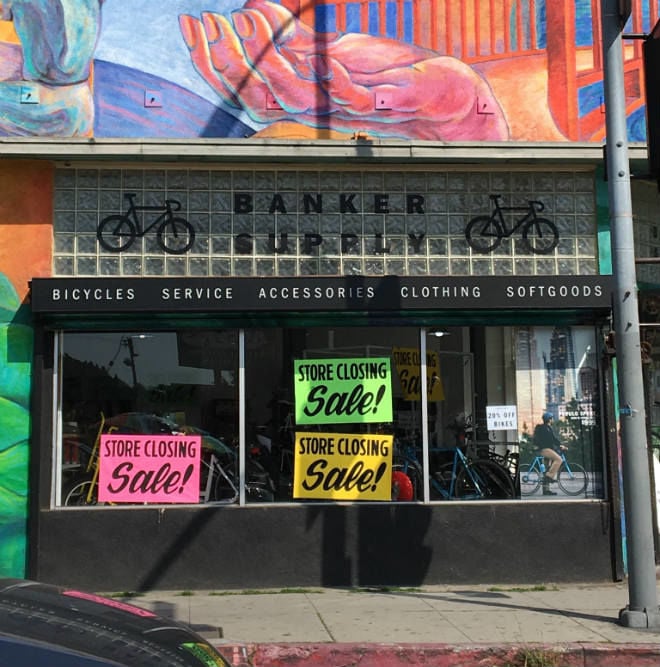 Echo Park  — Banker Supply is closing its bike and cycling apparel and accessories shop less than two years after it opened the bright and shiny showroom in one of the neighborhood’s most prominent corner locations.

“It breaks my heart to have to say this, but this is our final month in Echo Park,” Nick Drombosky, founder of the Pittsburgh-based cycle shop, said on the company’s Facebook page. “Due to a series of unfortunate circumstances, we have been left with little choice but to close the store in the coming weeks.”

He declined to provide any additional details beyond what was posted on Facebook.

The store at the corner of Echo Park Avenue and Sunset Boulevard went up for lease at the end of March at an asking rent of more than $7,800 a month, according to LoopNet.

Drombosky’s focus had been appealing to a wide range of riders – not just racers speeding around in Spandex shorts. It was an approach that had proven attractive to women, who accounted for 70% of sales.

The company announced a closing sale through May 25.