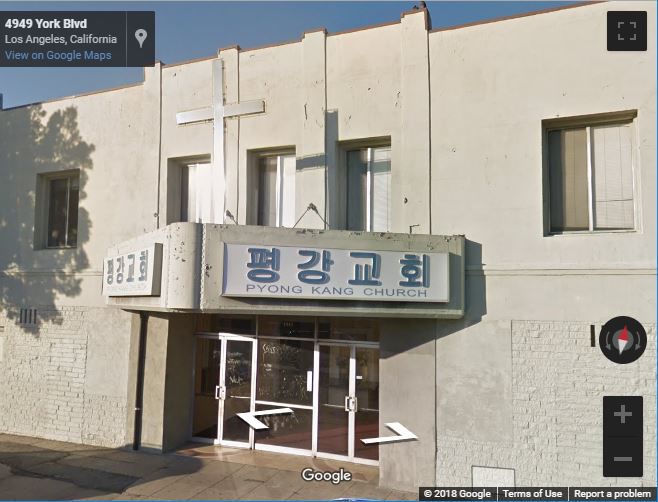 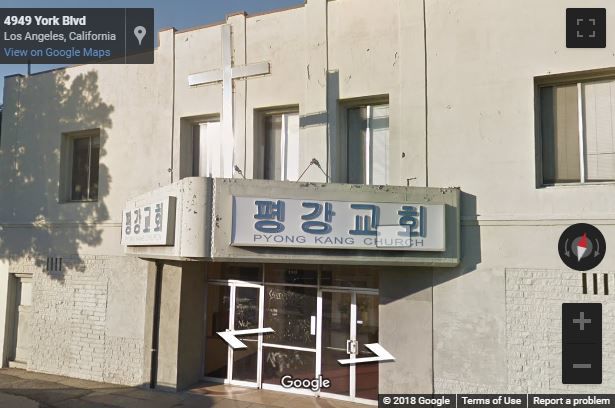 Highland Park  — It was a movie theater for decades, making its debut in the 1920s during the silent film era. It also hosted women’s club meetings and special events, and, in recent years, served as the home for the Pyong Kang Church — its neon cross glowing over the marquee. Now the old movie house at 4949 York Boulevard is up for sale.

The listing does not disclose the price. But Arivify says it was assessed in 2015 at $637,828. The property has a large theater/sanctuary space, and the ceilings rise as high as 22 feet.

The 9,480-square-foot Art Deco building near Avenue 50 first opened as the York Theatre, and was later known as the Fox Theater, according to a city historic survey.  You can see a portion of the old York Theatre sign peeking above a streetcar in this old photo.

It is first mentioned in the Eagle Rock Sentinel in November 1923, in an event notice for the North Highland Park Women’s club. But entertainment listings for the theater really seem to have begun in earnest in 1926, with such movies as “The Little Irish Girl,” starring Dolores Costello.

In recent years, the neighborhood around the old theater  has been gentrifying and changing. Right across the street is the highly popular York Park, and one block over is a strip of shops that include the Hi Hat, The York, Highland Cafe, Highland Brewery and Donut Friend. A few steps away, a vegan restaurant and beer garden is under construction.

Eastside Property Listings showcase for sale and rental homes and apartments across The Eastside.

Click here to find out how you can advertise your property