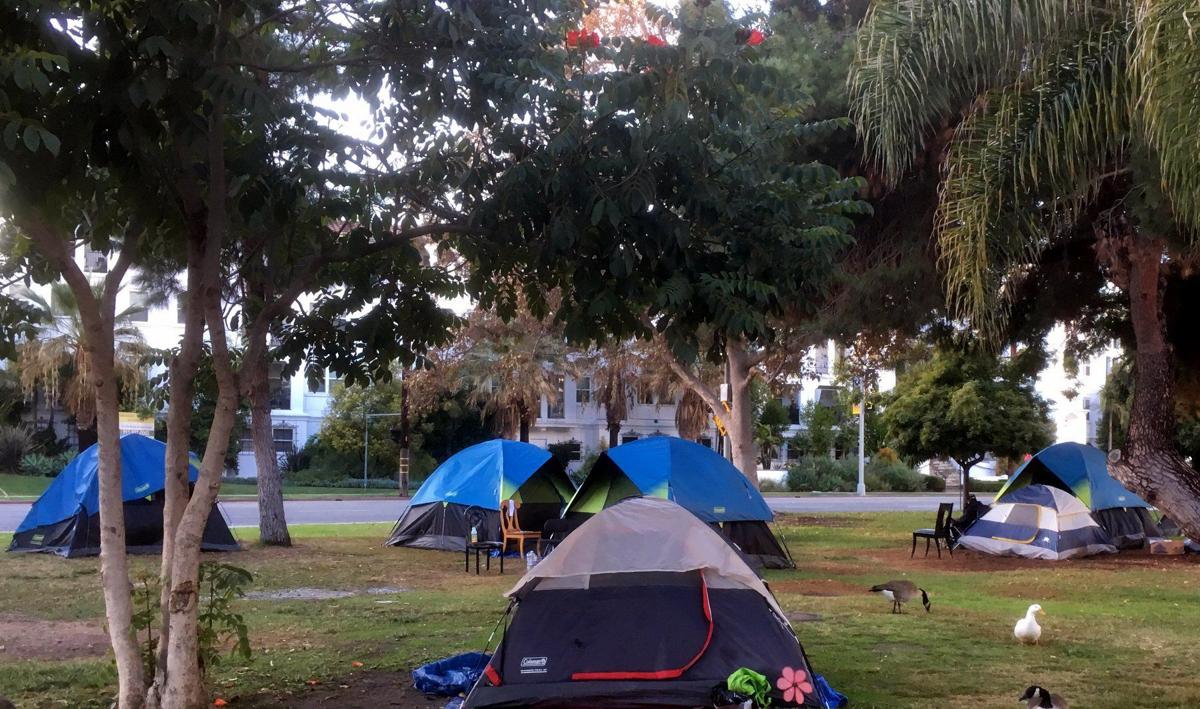 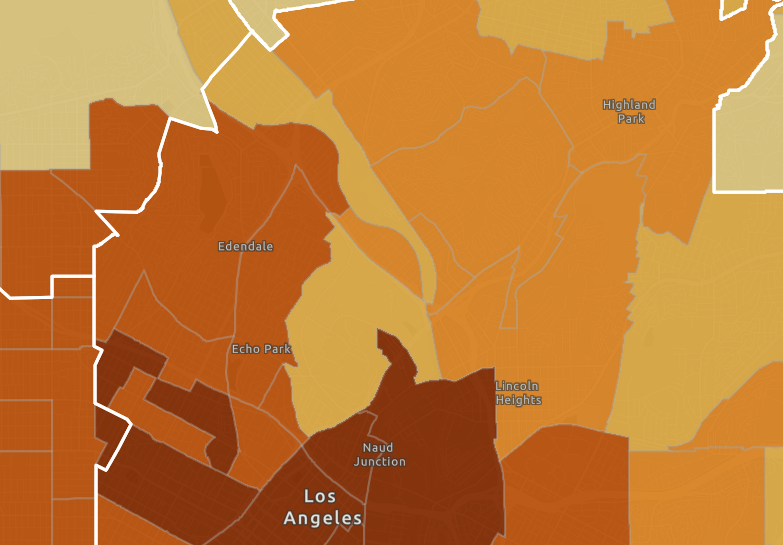 Click or tap here to view the interactive map.

The map's layers color-code the number of homeless individuals in any given area -- based on the January 2019 point-in-time count -- the number of shelter beds available, and the pipeline of new shelters and permanent supportive housing.

Based on that map, the density of unsheltered homeless populations in places like Historic Filipinotown near the 101 Freeway exceeded more than 500 homeless per square mile. That puts it in the same range as Downtown, which has traditionally had the highest homeless counts.

Meanwhile, most of Boyle Heights, East Hollywood, Echo Park, Los Feliz and Silver Lake had more than 100 homeless persons per-square mile, which is similar to homeless hotspots like Hollywood and Venice.

In contrast, Eagle Rock and El Sereno had among the lowest homeless populations densities in the area, with less than 30 homeless persons per square mile found living in the January homeless count.

Chief Executive Officer Sachi Hamai told the Board of Supervisors  that the data- driven GIS map identifies gaps in capacity and should be useful to policymakers at the city, county, state and federal levels.

"As a planning tool, this is intended to provide a clear road map for how we should be moving forward with respect to housing," Hamai said.

Supervisor Kathryn Barger called the interactive map a critical first step in being transparent about the availability of shelter beds and a tool that underlines the urgency of the situation.

Of the nearly 59,000 county residents identified as homeless in the 2019 count by the Los Angeles Homeless Services Authority, more than 44,000 are "unsheltered," meaning they live on the streets or in cars, versus in a temporary situation with friends or relatives.

Even including new shelters slated to be opened, the county has less than 18,000 shelter beds for those 44,000 people. That excludes shelters in Pasadena, Long Beach and Glendale, which manage their own programs. It also excludes winter shelter beds opened temporarily from now until March.

"When I'm looking at the numbers ... we have a huge gap," Supervisor Janice Hahn said. "And ... this is just shelters, this is just bringing in people tonight so they can have a place to sleep, a warm bed, a blanket."

Supervisor Sheila Kuehl said the data is critical because it can confirm or upend conventional wisdom. For example, there has been a lot of focus on NIMBY -- not in my backyard -- residents on the affluent Westside who have pushed back against plans to build shelters and supportive housing.

"We actually have more interim housing in the pipeline than anyone else," Kuehl said about the Third District that she represents.

That's true, though Supervisor Mark Ridley-Thomas' Second District has the highest ratio of available beds to serve homeless individuals, according to the map data.

The board is pushing innovative solutions in an effort to build interim housing as quickly as possible. Supervisor Hilda Solis suggested re- purposing mobile classrooms as housing for homeless individuals.

However, regulations can create obstacles despite agreement on the need for speed. Barger expressed frustration over a tent shelter in downtown Los Angeles -- built by Sprung and to be operated by the Union Rescue Mission -- that she said is ready to open but struggling to get a certificate of occupancy.

Representatives from Barger's office and the city are working together to resolve the issue, a spokesman later said. 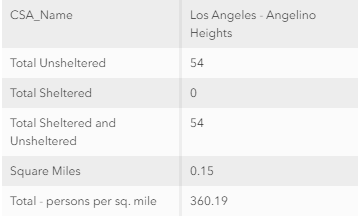 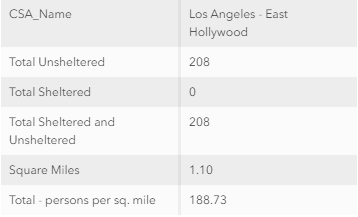 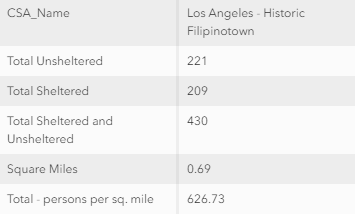 Here's a sample of Eastside homeless statistics broken down roughly by neighborhoods (though the boundaries do not necessarily mirror neighborhood council areas) compiled and mapped by the Los Angeles County Chief Executive Office and the departments of Internal Services and Regional Planning. You can go here to click on an interactive map to find information from other areas.