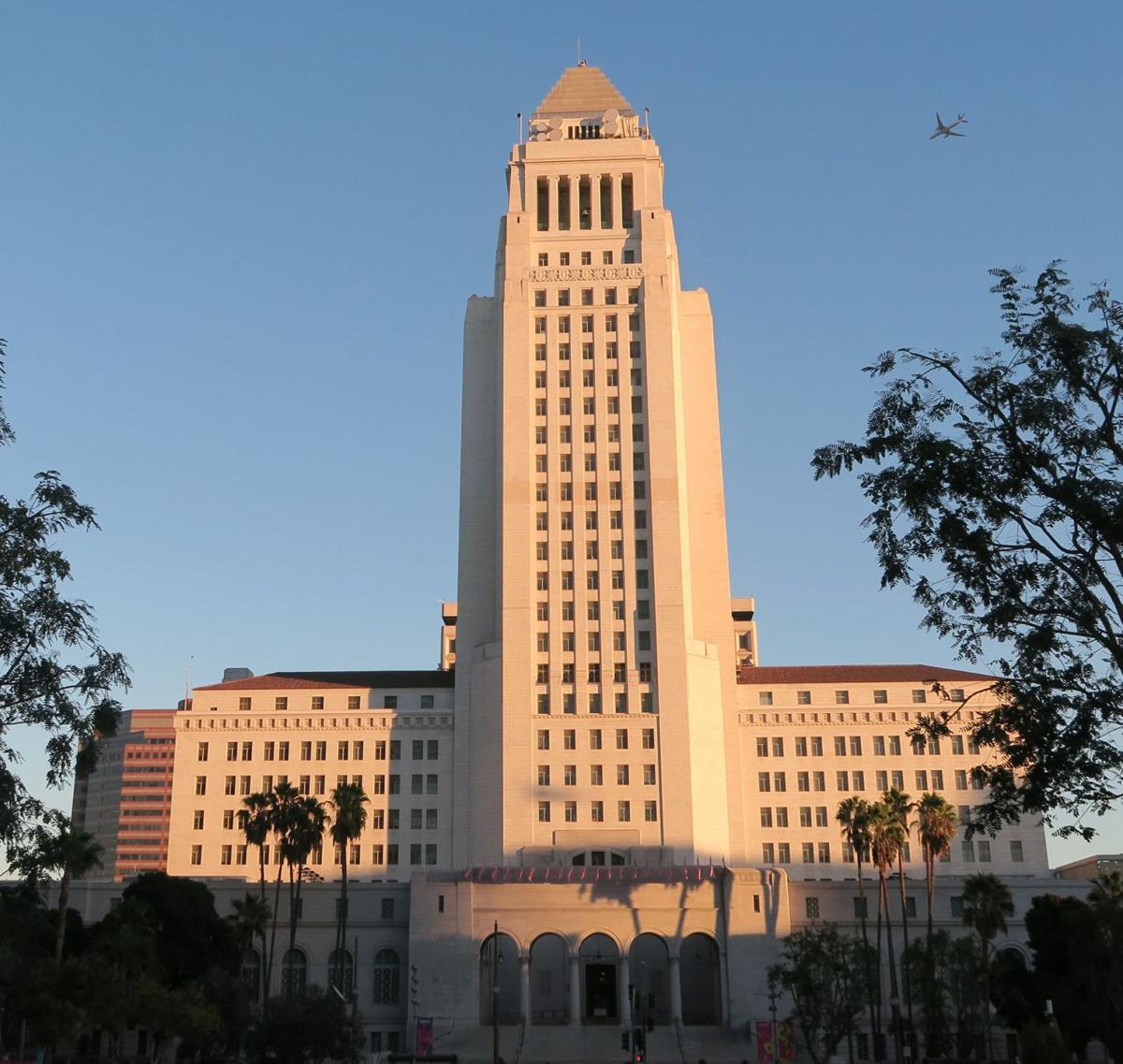 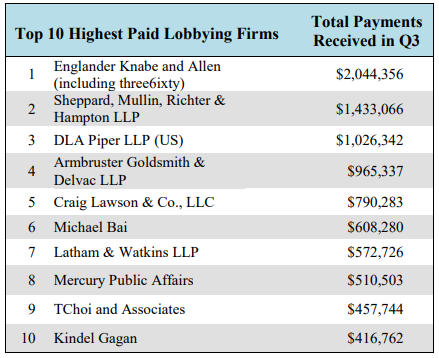 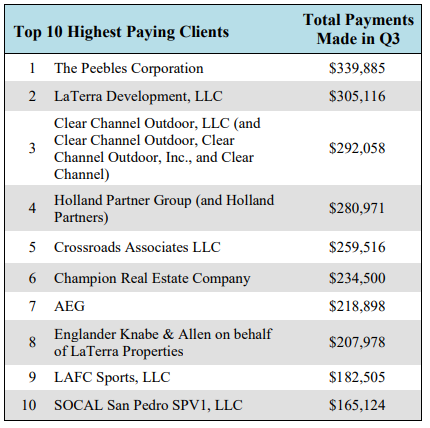 Of the 2,016 clients registered for the third quarter, the largest aggregated amount for lobbying services was $339,885 paid by real estate developer The Peebles Corp., which topped the commission's Top 10 Highest Paying Clients list.

Payments from the 10 clients on the list totaled $2,486,551 and represented 13.9% of all payments by lobbying clients for the quarter, the commission reported.

The commission's Highest Paid Lobbying Firms list was headed by Englander Knabe and Allen (including three6ixty), which received $2,044,356. Together, the 10 lobbying firms on the list received a total of $8,775,399, representing 49% of all client payments received in the third quarter.

In addition to lobbying entities, four major filers reported activity totaling $172,503 in the third quarter of 2019.

Last quarter, a total $18.1 million was spent on city lobbying activity, up about $200,000 from the third quarter and $4.6 million more than the first quarter.

Disclosed information about lobbying entities and their clients can be searched through the Public Data Portal of the commission's website.