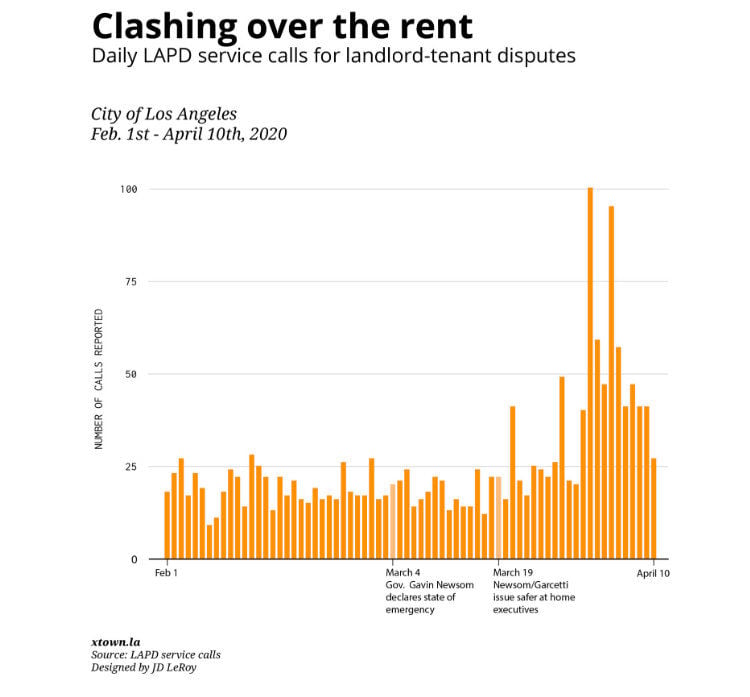 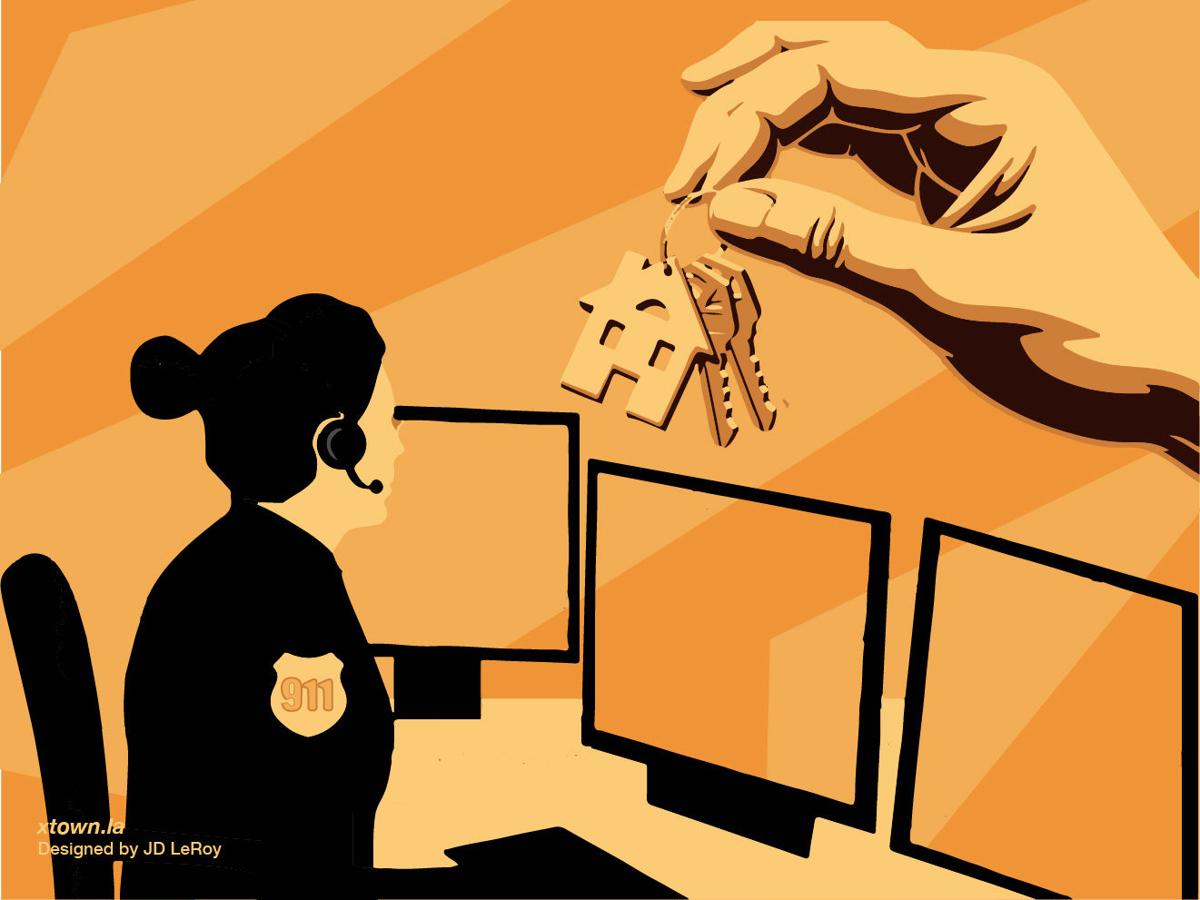 In what may be an early sign of economic dislocation to come, the Los Angeles Police Department is now responding to almost three times as many disputes between landlords and tenants as it was just two months ago.

The stay-at-home orders that have closed everything but essential businesses in Los Angeles have left waiters, bartenders, cashiers and thousands of others without regular income for over a month. Los Angeles already has one of the highest housing costs of any city in the nation.

On April 1, the day the rent came due, the LAPD responded to 100 calls about renter-landlord disputes, by far the highest volume it has received all year. During the first ten days of April — the most recent period for which data is available — the daily average calls to the LAPD were 56. In March, the daily average was 22; in Feb. it was 19.

The high call volume is an indication of how tensions have reached a boiling point between landlords and tenants, raising concerns about how many people could be at risk of losing their home if the shutdown persists. The LA Tenants Union is pushing for a rent freeze and passage of anti-harassment measures protecting tenants from harassment from landlords.

“When income suddenly turns to zero, you have a lot of people who cannot pay rent,” said Daniel Flaming, president of the Economic Roundtable, a research institute that focuses on urban issues and which recently published a report on how the response to coronavirus has impacted the California workforce. “It’s cumulative. Every month it gets worse.”

Flaming said landlords who recently purchased rental property in the last few years are also facing pressure to pay back the bank. “I can see how things wind up with the police getting involved,” he said.

The unemployment rates in Los Angeles County rose to 6.3% in March, up from 4.3% in February.

Across the U.S., layoffs and furloughs caused 5.2 million more people to seek unemployment benefits last week, bringing the total number to about 22 million.

A halt on evictions

Many people are struggling to make ends meet due to fallout from the coronavirus pandemic. Nearly a third of apartment renters in the U.S. did not pay April rent during the first week of the month. The National Multifamily Housing Council found that 84% of apartment renters were able to make a full or partial payment by April 12.

There are currently moratoriums on evictions in LA. Landlords are not permitted to evict people or their guests who are experiencing hardship due to loss of income from their jobs, childcare or healthcare costs related to COVID-19. But tenants must provide written notice to their landlords.

Mayor Eric Garcetti also paused all rent increases in rent-stabilized units and halted evictions under the Ellis Act, a California law that allows people to be removed from their rent-controlled apartments by landlords who claim they want to get out of the rental business.

Angelenos who receive notices to “pay rent or quit” should file a complaint with the Los Angeles Housing and Community Investment Department and stay in their homes, according to the department. But renters still have to pay any back rent within a year once the mayor’s executive order is lifted.

According to the HCID, the city has also stopped all commercial evictions, but tenants only have three months to repay back rent.