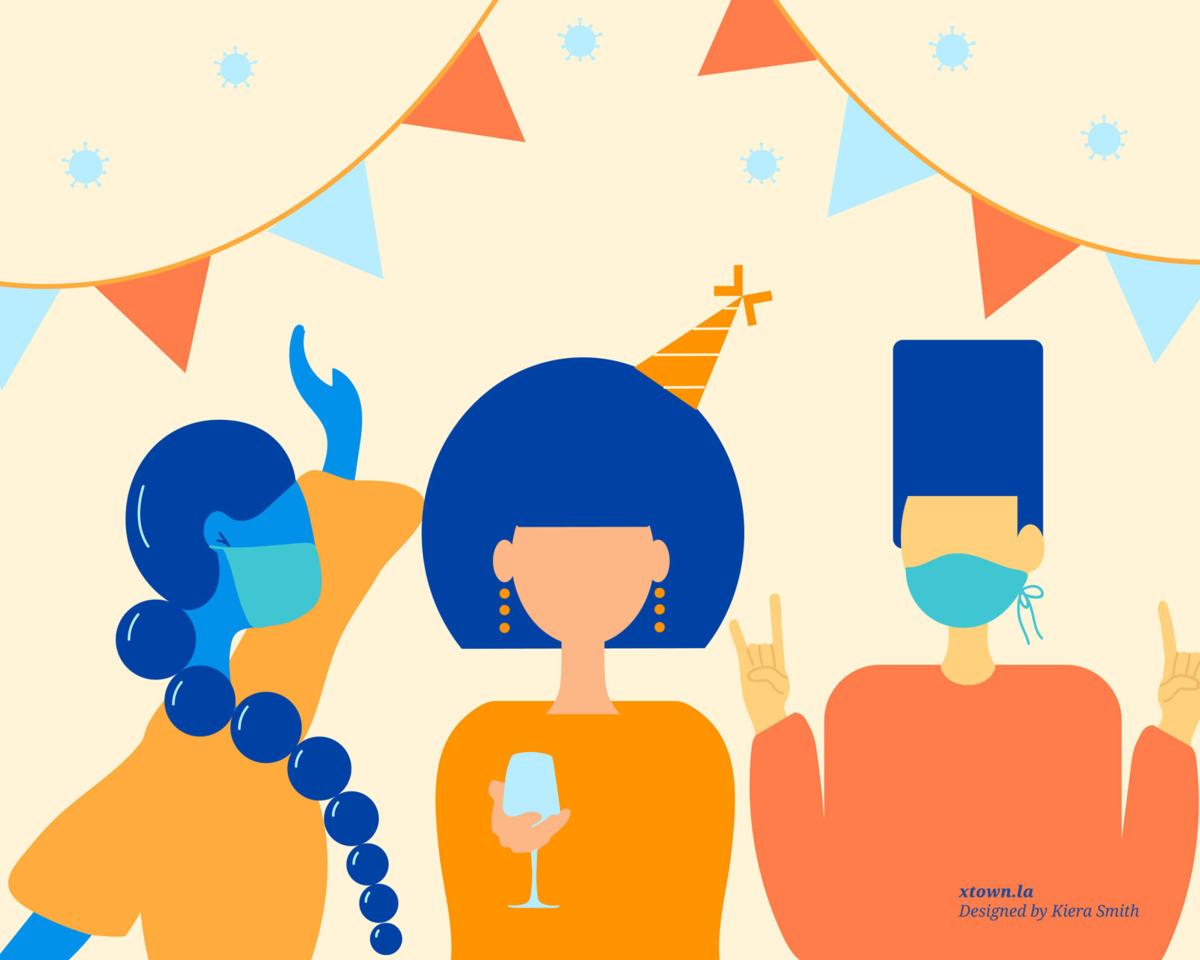 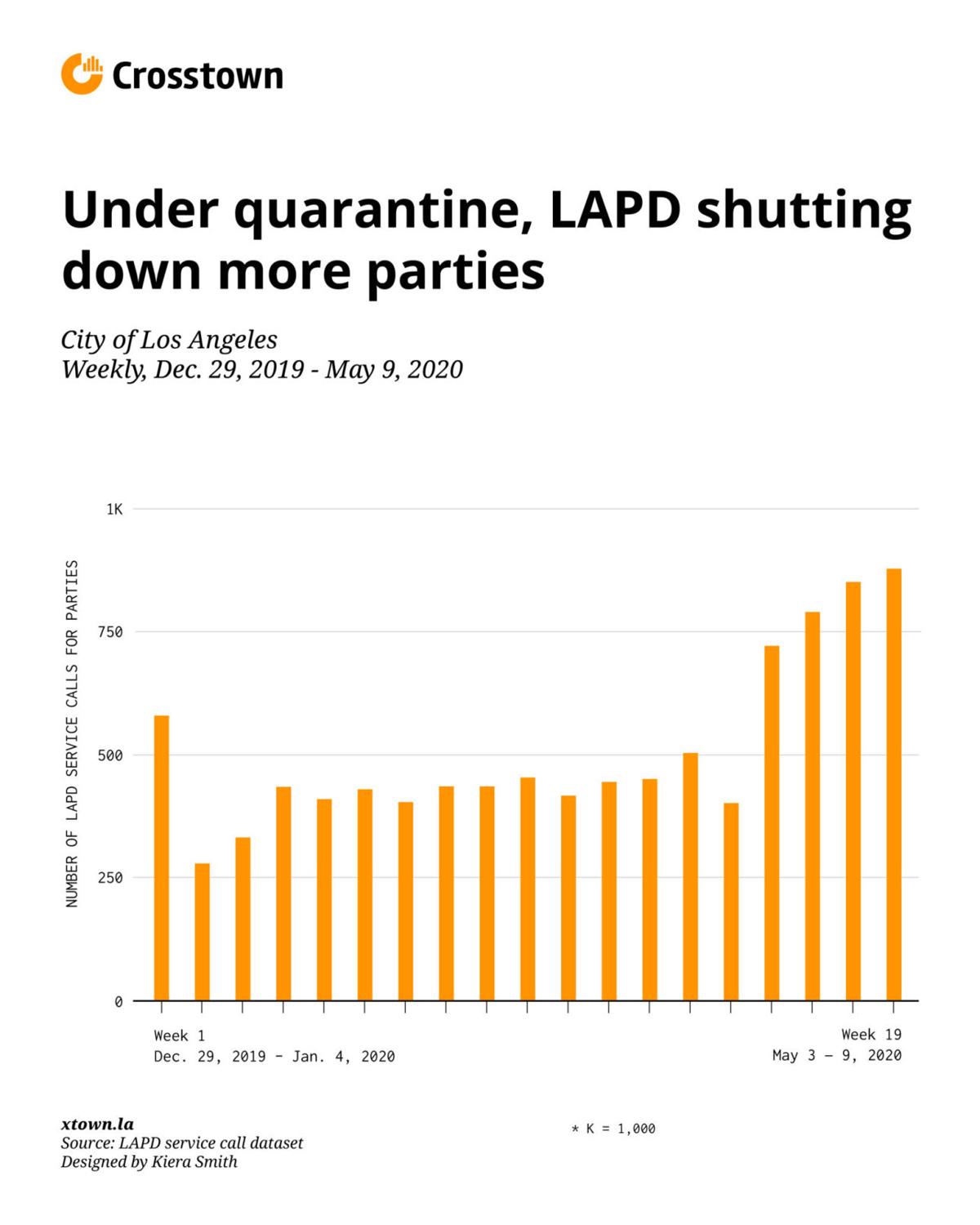 The original version of this story appeared on Crosstown.

Crime in Los Angeles may be way down since the COVID-19 shutdown began, but one thing is keeping the police busy: breaking up parties.

You might have been stuck at home with the family on Saturday night playing Scrabble, but apparently some of your neighbors were out enjoying a raucous nightlife.

The number of times the Los Angeles Police Department was called to respond to complaints about a party skyrocketed over the last few weeks, more than doubling pre-quarantine levels, according to service call data. The weekly average number of calls regarding parties before the stay-at-home order was 421. During the week ending May 9 it topped 878.

One night in particular, Saturday, April 25, hit 287 calls, the highest number so far this year. It was the most in a single day since Oct. 27, 2019 –– the second day of that year’s Halloween weekend.

Officers might be called to check out a party if there is excessive noise or rowdy behavior.

However, in the midst of the pandemic, police are not just responding to gatherings that h

ave gotten out of hand. They are shutting down festivities where people are breaking social-distancing and mask-wearing rules put in place by the city.

Health officials have warned against gatherings that include people other than those living in your own home. In Pasadena, at least five cases of coronavirus were traced back to a local birthday party.

On April 17, police officers broke up a party with more than 50 people in attendance in South Los Angeles. More recently, on May 16, the LAPD responded to a call in Hollywood Hills about a rager involving 100 guests at a three-bedroom AirBnB, where one attendee shot himself in the groin.

As far as the location of the complaints, from March 19 – May 9, the LAPD’s Hollywood division responded to 434 calls, the greatest number of reports since Mayor Eric Garcetti implemented the stay-at-home order on March 19. The Wilshire and West LA divisions came in second and third, respectively, with 291 and 287 service calls.

Interested in our data or have additional questions? Email us at askus@xtown.la.