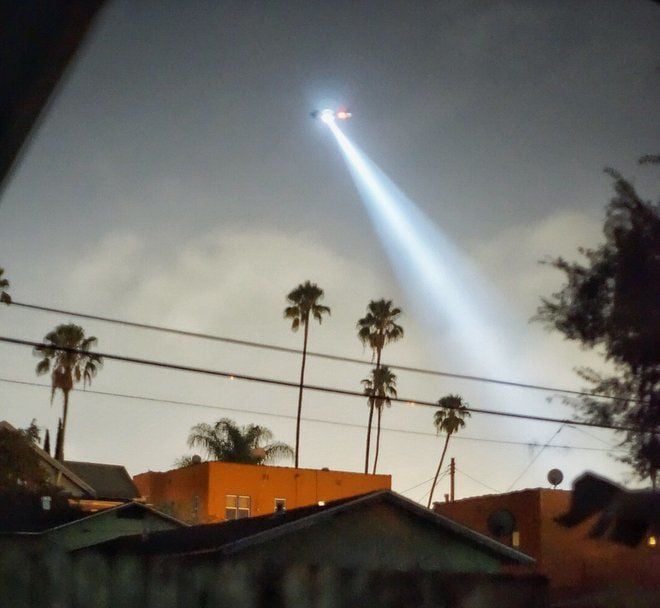 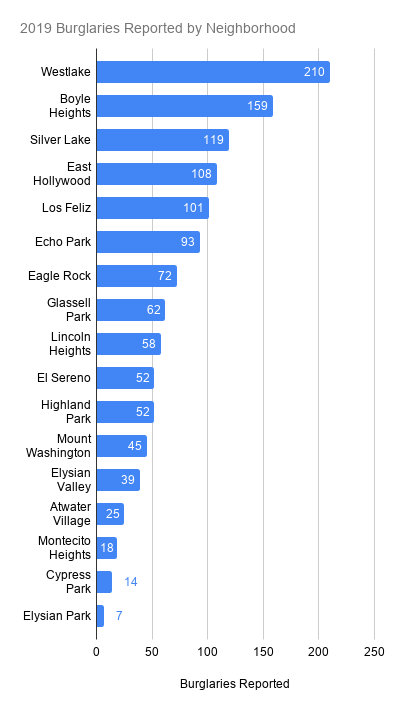 These are the raw numbers of reported burglaries in each neighborhood during the first nine months of 2019. 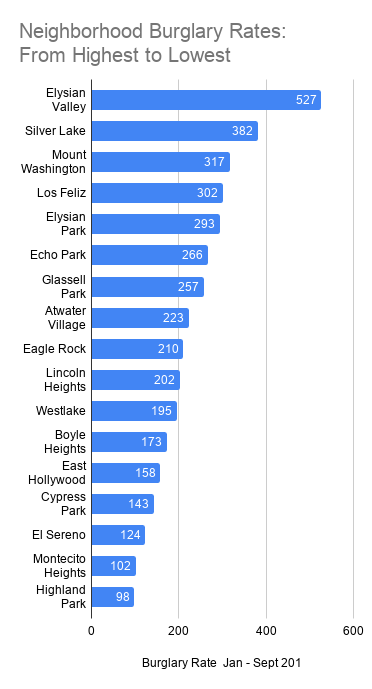 The burglary rates were determined by dividing the number of reported crimes in a neighborhood by its population. That number was then multiplied by by 100,000 to come up with the rate. 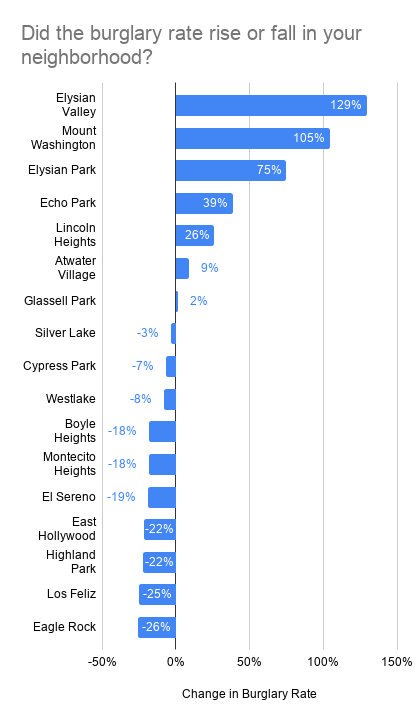 This chart shows how neighborhood burglary rates rose or fell during the first nine months of 2019 compared to same period in 2018. Elysian Valley had the largest increase while Eagle Rock posted the biggest decline.

The first nine months of the year have been a mixed bag when it comes to Eastside burglaries.

Break-ins were up substantially compared to last year in neighborhoods like Echo Park and Lincoln Heights but down significantly in places like Eagle Rock and Boyle Heights, according to an analysis of LAPD stats by Crosstown, a joint project by several departments at USC.

On the Eastside, Eagle Rock posted the biggest drop in the burglary rate, which fell 26% to 72 reported crimes  during the first nine months of this year compared to same period last year. That decline comes even as the neighborhood was the subject of numerous commercial burglaries along Colorado Boulevard.

There were also fewer burglaries in Boyle Heights, one of the hot spots for this type of crime. The burglary rate fell 18% as 159  crimes were reported during the first nine months of the year.

Meanwhile, burglars were busier in Elysian Valley, where the burglary rate rose 129% to 39 crimes, according to LAPD stats.

Another notable increase took place in Echo Park, where the burglary rate rose 39% as 93 crimes were reported during the first nine months of the year.

The burglary rates were determined by dividing the number of reported crimes in a neighborhood by its population, said Crosstown. That number was then multiplied by by 100,000 to come up with the rate.

(The results do not include East Los Angeles, which is patrolled by the L.A. County Sheriff’s Department).

Get up-to-the-minute news sent straight to your device.