All Signs Point to Homes in Los Feliz, Beachwoo…

Start your mornings with news about your community. Sign up for our daily newsletter and join the more than 8,000 readers who turn to The Eastsider to find out what's happening in their neighborhood. 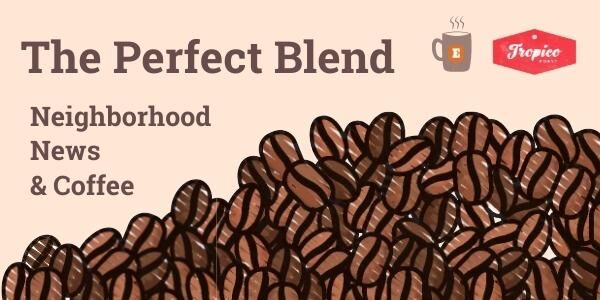 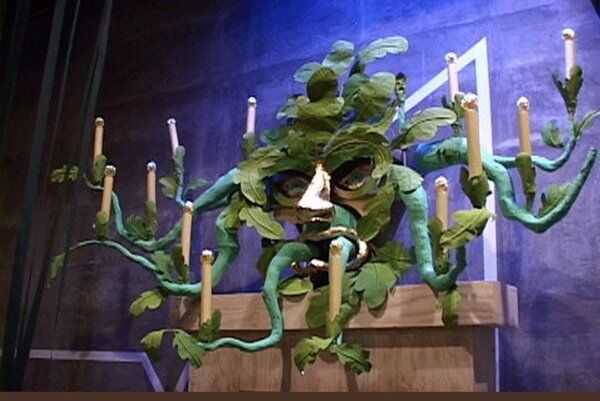 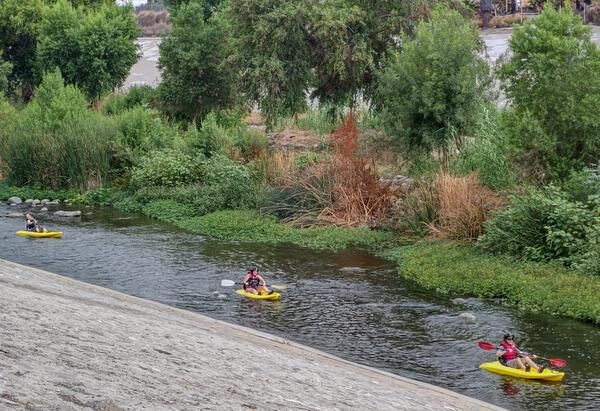 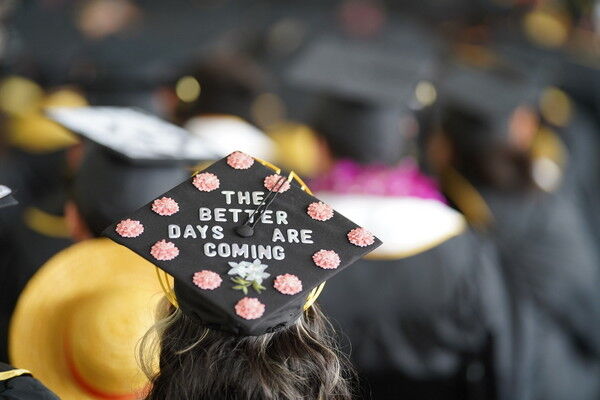 The Daily Digest features the latest content from TheEastsiderLA.com.

We've got a batch of restaurant news, store openings, things to do and a profile of a Mount Washington opera composer waiting for you. Read on!

• Advertise in the Daily Digest

El Sereno: A hopeful message was spotted at this week's commencement ceremony for the  Cal State L.A. College of Engineering, Computer Science, and Technology.

This week we thank Pinky Jones, Diane Kerr and James & Sarah Marcotte for their financial support.

How important are your contributions to The Eastsider? During the first three months of the year, about 30% of our revenue came from one-time and monthly contributions from our readers!

We can do more, but we need your help. You can do that today and take advantage of our Perfect Blend promotion.

Thanks again for your support!

Atwater Village: A Mercedes ended up on the sidewalk in front of an animal hospital following a Wednesday night crash in the 3100 block of Los Feliz Boulevard. CBS2

Highland Park - Bagels and pizza slices have arrived at the Oxy Arts building on York Boulevard. The Boulevard Sentinel reports that Bagel+Slice got the corner space after owner and chef Bradford Kent wrote an essay explaining how his business would benefit the community. Fresh bagels cost $2.85 each or $16 for a half dozen. Pizza starts at $3.75 a slice.

Lincoln Heights: El Arco has opened at 2622 Pasadena Avenue near 5 Points. The menu features chile verde burritos -- including a veggie version - - caldo de albondigas, veggie tostadas, huevos rancheros and other Mexican favorites. A grand opening celebration is in the works, says their Instagram. But El Arco already has a fan named Bruce M., who tipped us off about the place. "The food is excellent."

Highland Park - A branch of Wasteland clothing has opened at 5910 Figueroa St., according to Cheryl Cohen, the company’s president and co-founder. This is the fourth location for high-end designer/vintage resale shop, and its third in Los Angeles. Wasteland began life in Berkeley, California in 1985.

Silver Lake - Shoppers will be able to pay for groceries at the Whole Foods Market on Glendale Boulevard by scanning their palm. The Silver Lake location and the store in Irvine are the first two Whole Foods stores in the L.A. area to get a palm recognition service called Amazon One. Customers' palm prints will be linked to a credit or debit card. From then on, they can hover their palm over the Amazon One device at the check-out to pay for their purchases. Is this convenient or just crazy?

Here's how to get your fix of neighborhood news and coffee

More than 100 readers contribute monthly to support The Eastsider's mission to keep you informed and connected. But we need more Monthly Reader Sponsors to expand the coverage of our communities.

Sign up for a $10.99 Monthly Reader Sponsorship now and, for a limited time, get a free bag of locally-owned Tropico Roast coffee beans.

The man behind "The Tree"

“The Tree” is a retelling of an ancient Japanese myth of the love between a tree spirit and a human with a modern message about urban sprawl and sustainability.

Mount Washington resident Peter Wing Healey is the man behind what's described as an “urbanist opera." He is not only the writer and composer of the opera but also the director of the show, which is on stage this week at the Highland Park Ebell Club.

Wing Healey is an artist at heart, with a background in everything from modern dance to choir to piano. He also founded The Mesopotamian Opera Co., which is presenting “The Tree.”

After Wing Healey and his partner moved here from New York, the incredibly different layout of Los Angeles motivated him to look into urban planning. "The Tree" was inspired by the writings of urban studies author Jane Jacobs, who wrote "The Death & Life of Great American Cities." A later trip to a shrine in Kyoto, Japan, provided Wing Healey with more inspiration for the show — a wood-cut vision of a tree spirit leaving her host.

After that trip, Wing Healey began writing “The Tree” 20 years ago and staged a previous version in Eagle Rock in 2006.

He hopes that this piece can comment on current movements. These include New Urbanism, which promotes walkable and eco friendly cities, and Extinction Rebellion, a non-violent environmental movement seeking to avoid ecological ‘tipping points.’

Despite this commentary on activist movements, Wing Healey sees himself as a “rhapsode,” not an activist.

“I do these things that seem to touch on my life, and I write something new about the world we’re living in,” he said.

Through the power of the lyrics in “The Tree,” Wing Healey hopes audiences will be transported by its meaning and music and poetry.

"The Tree" is playing through May 28.

Kayaking season returns to the L.A. River on Memorial Day, May 30, according to the Mountains Recreation & Conservation Authority, which manages the Los Angeles River Recreation Zones.

As in previous years, water will be tested twice a week at three locations in each recreation zone. Water quality beacons at the kayak put-in sites will show color-coded notifications about possible contamination or safety issues.

Public access points will also feature signs and information about health and safety.

Anyone with a non-motorized, steerable canoe or kayak can navigate the river recreation zone on their own but must enter at designated launch points. Maps of the river access points, and more information, can be found on the MRCA's website.

Those who don't have equipment can hire one of these outfitters for rentals and guided tours:

A look at what's going on this weekend-- and your Eastside weather forecast.

Lincoln Heights: In the mood for some fun activities, live music, food and art? C's Smokeshop is holding a Stony Carnival with proceeds going to 'Unidos Por Siempre.'

Los Feliz: Are your musical tastes all over the map? Then head to the Greek Theatre for a night of classical music, jazz, garage rock and even some Shakespeare thrown in for Marshall High's Bach, Rock and Shakespeare XIX.

Highland Park: Get crafty and learn the DIY world of papermaking with Sheila McMullin at The Pop Hop. In this workshop you will be using locally scavenged materials, recycled papers, and herbal marc.

Audubon Center at Debs Park: Spend an afternoon under the pepper trees and enjoy live music from the Old Time String Jam Band.

That's It! Thanks for reading

• We have more newsletters for you

•  Advertise in the Daily Digest

All Signs Point to Homes in Los Feliz, Beachwood Canyon and Highland Park

Check your email for details.

Submitting this form below will send a message to your email with a link to change your password.

An email message containing instructions on how to reset your password has been sent to the e-mail address listed on your account.

Your purchase was successful, and you are now logged in.

A receipt was sent to your email.