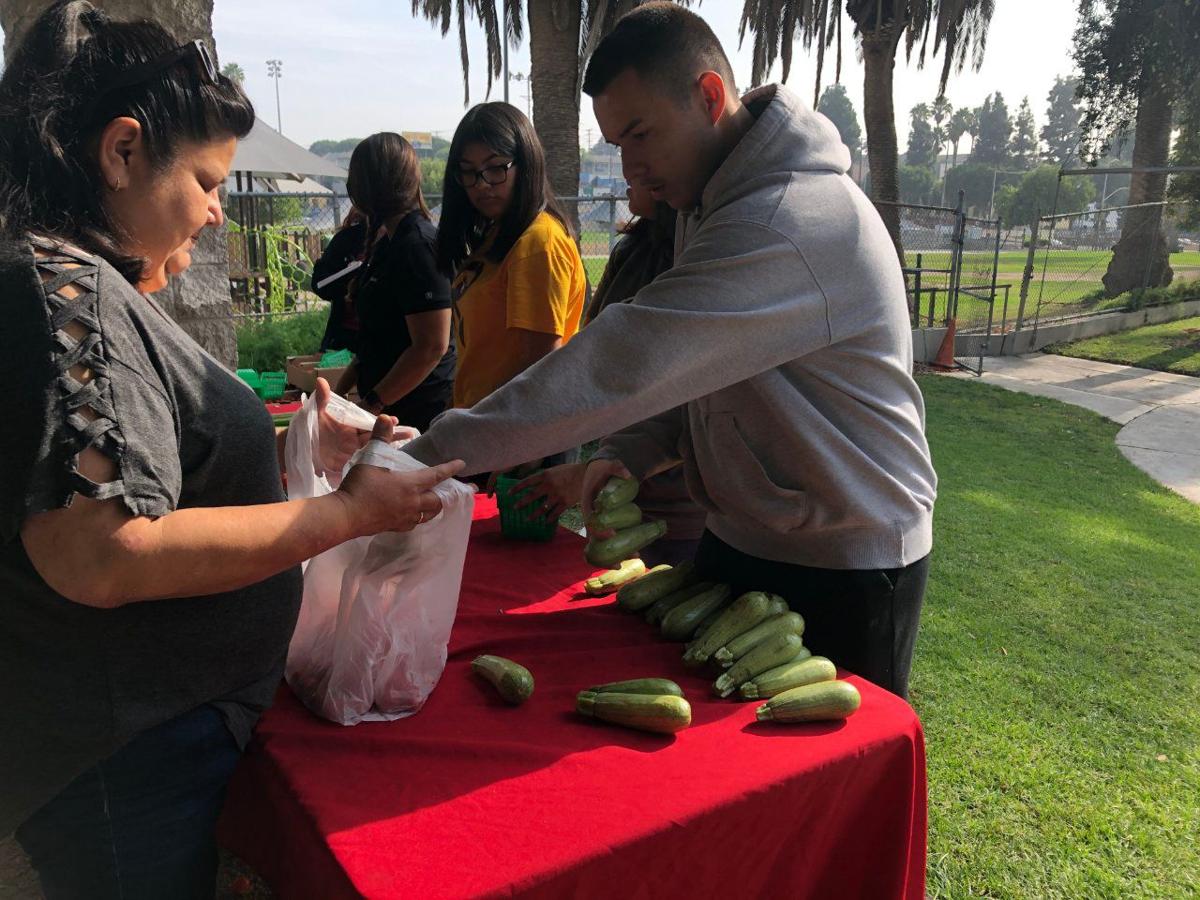 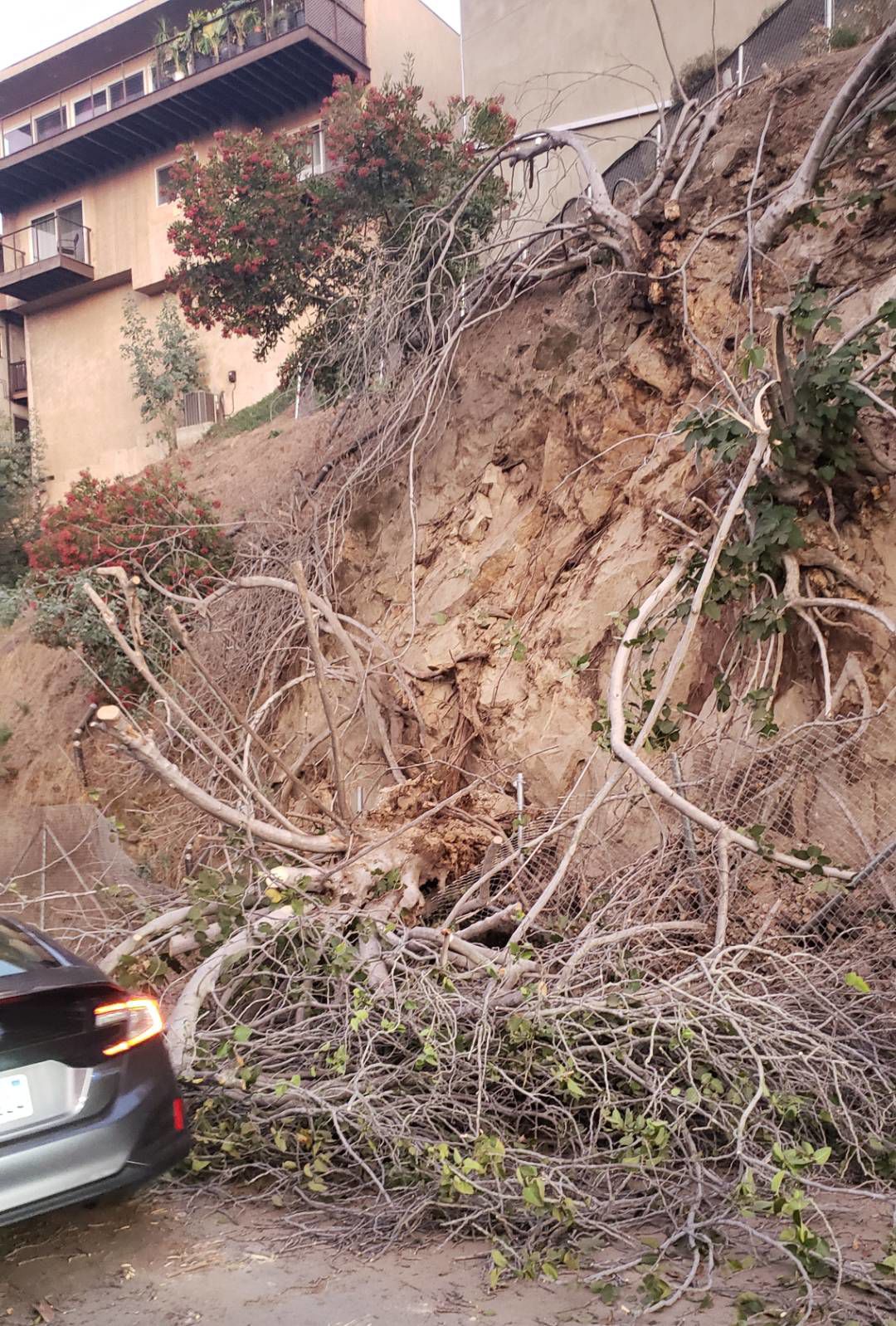 It's Thursday, Nov. 14.  It's going to be on the cool side today, with partly cloudy skies and highs reaching the upper 60s and low 70s.

There was a small rock slide this afternoon in Silver Lake off of Effie, said Chuck Stanley who emailed over a photo. It does not look like there was any significant damage except for some trees or large bushes dragged down by the slide.

There's been a shooting this afternoon in El Sereno near Valley Boulevard and Rowan Avenue. Police have confirmed there was a shooting with an injury but officers will be providing more details later. Here's the full story.

A "hidden bar" bar serving up classic cocktails with a Thai-inspired twist has opened in Echo Park. You can find Spirit House Echo Park inside Sticky Rice, where a red curtain divides the restaurant and new bar, which will also be hosting live music. A full story will be posted later.

Roosevelt High school students distributed produce grown in the campus' community garden during a free farmers' market at the Boyle Heights Senior Center. More than 100 seniors were offered a variety of fresh fruits and vegetables grown at the school and supplied by a food rescue group, Food Forward. The event was presented by the American Heart Association’s Teaching Gardens program in collaboration with the healthcare firm Humana.

The sword-wielding man who was fatally shot Wednesday by deputies at an East L.A. high school has been identified as 37-year-old Omar Garcia, 37, who was homeless, according to the coroner's office and the Los Angeles County Sheriff's Department. Garcia was killed after running on to the campus of Esteban Torres High, where he advanced at deputies while armed with a 3-foot-long sword, said authorities. Crisis counselors were on campus today for students and staff.

A groundbreaking ceremony was scheduled this morning to launch the $850,000 renovation of The Wall Las Memorias AIDS Monument in Lincoln Heights. We published a Q&A last month with Richard Zaldivar, who was inspired by the death of a friend to create the memorial.

And another groundbreaking ceremony this morning, this one in Eagle Rock, where neighborhood activists and Councilman Jose Huizar marked upcoming changes to Colorado Boulevard to make it safer and more welcoming to pedestrians.

We are out on Colorado Boulevard this morning to celebrate the groundbreaking of #TakeBackTheBlvd, our partnership with Councilmember @josehuizar & @EagleRockNC to remake Eagle Rock's main street as a pedestrian-, bike-, transit-, and family-friendly community asset! pic.twitter.com/TcNMMdl02y