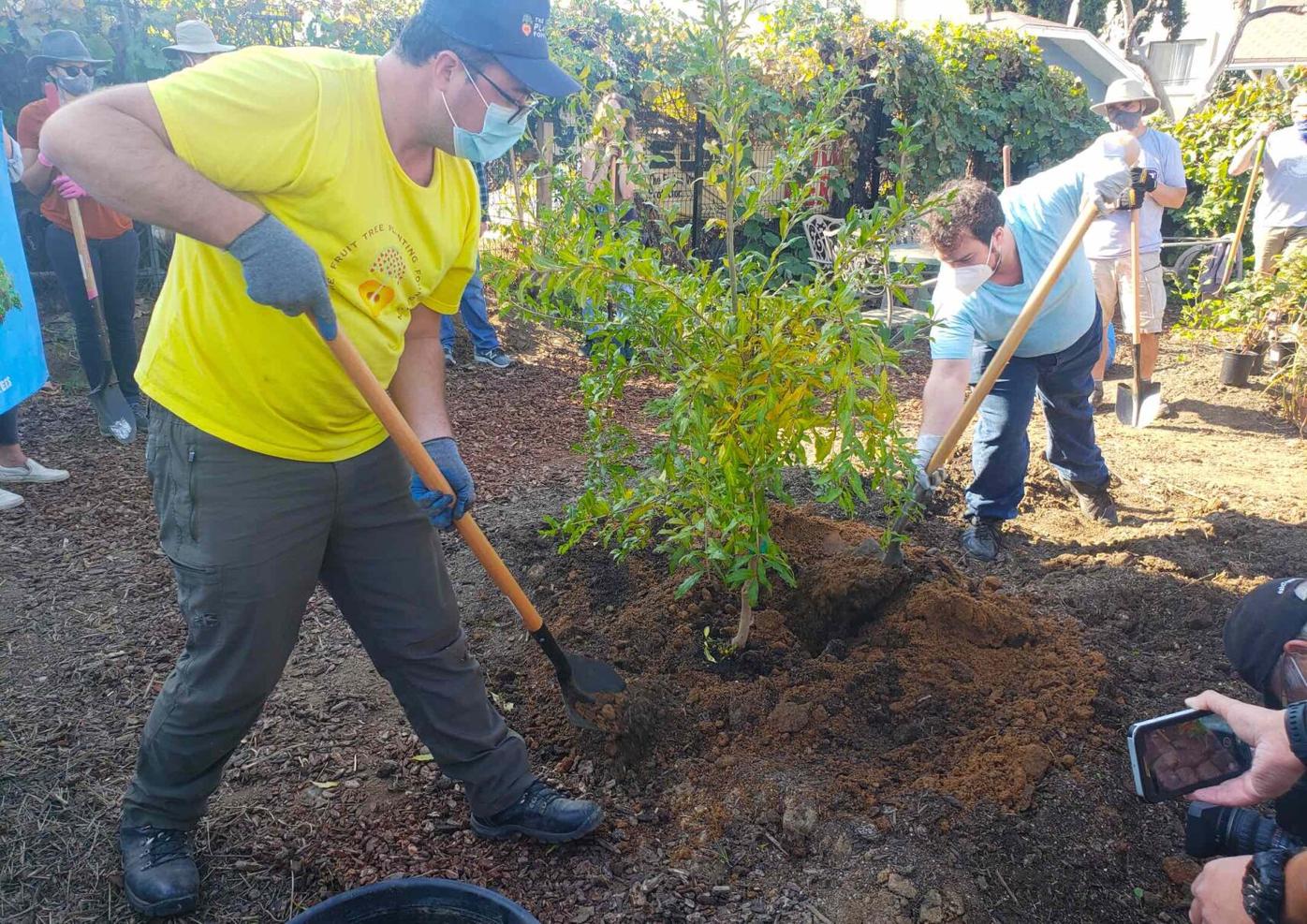 James Kaechele from the Fruit Tree Planting Foundation works with another man at the East Hollywood Community Garden to fill in dirt for his project's 200,000th tree. 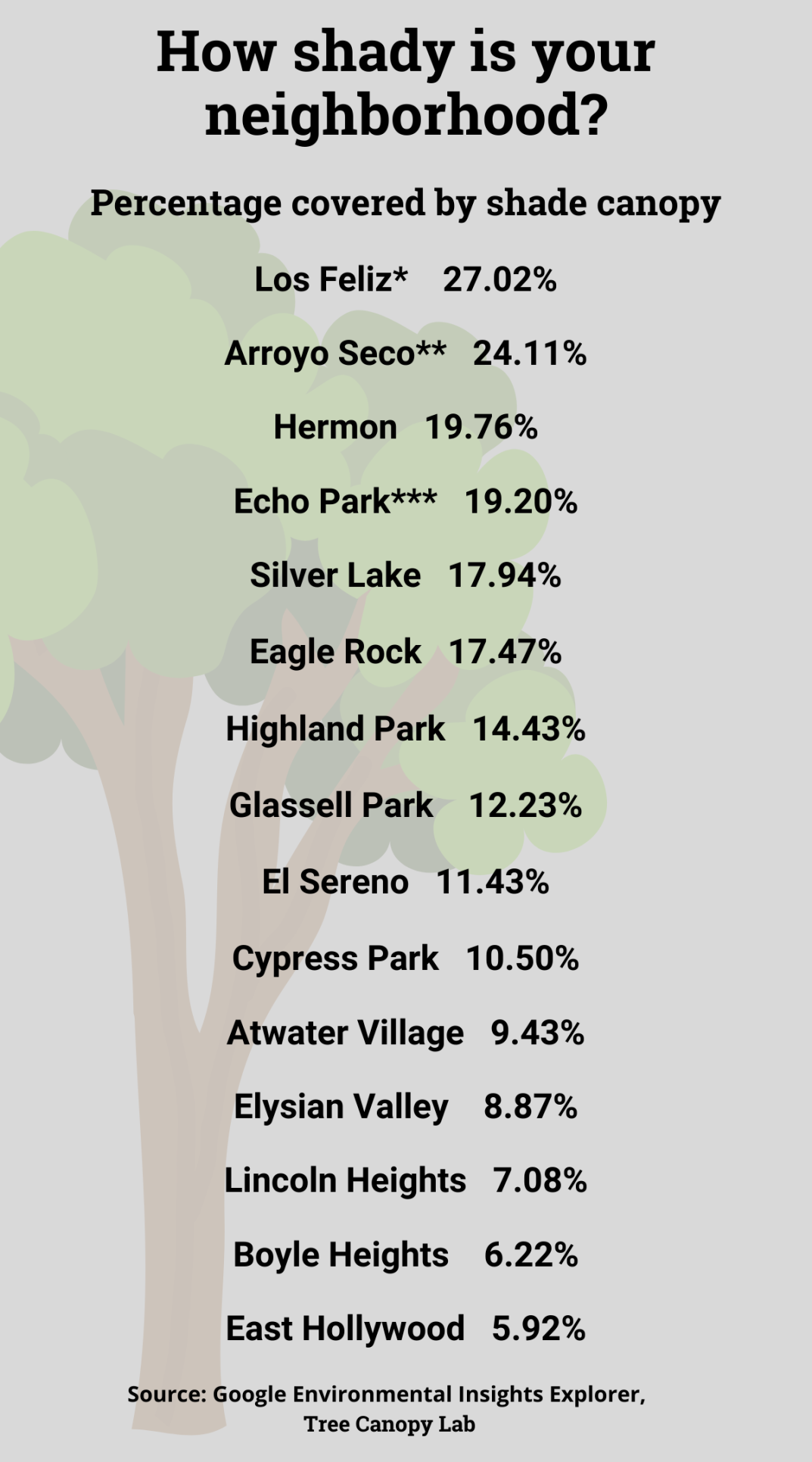 L.A. is often portrayed as a city of sun worshippers wearing expensive sunglasses. But we love our shade, too.

But, like most precious resources, shade and trees are not distributed evenly across L.A. Anyone who's waited for a Metro bus on a sunbaked sidewalk knows that a shady tree can make a big difference.

Google’s Tree Canopy Lab estimates that trees shade, on average, 14.37% of the City of Los Angeles. But in Boyle Heights, for example, that figure is just 6.22%.

Compare that to Los Feliz (including Griffith Park), where its 27%. And beyond the Eastside, there's Bel-Air Beverly Crest at 37.98%.

Malarich and others, like the USC Urban Trees Initiative, plant more trees where they're scarce. The shade cast from the urban canopy will become even more important as global climate change will keep temperatures rising.

A report by CAPA Strategies says much of the shade imbalance between neighborhoods can be attributed to racist redlining laws from the early half of the 20th Century. Richer and whiter neighborhoods got the greenspaces, say researchers.

"Higher density housing, commercial, and industrial activities were allowed to locate in the city's eastern and southern areas in which lower income workers, including people of color, were concentrated," according to a 2005 article in the journal Urban Geography. "Public parks, as well as other urban services were, however, disproportionately targeted to other parts of town."

How much of your neighborhood is shaded on average? Check out the chart below based on neighborhood council boundaries - from highest to lowest:

There are other ways to measure the urban tree canopy, including the LA County Tree Canopy Viewer.