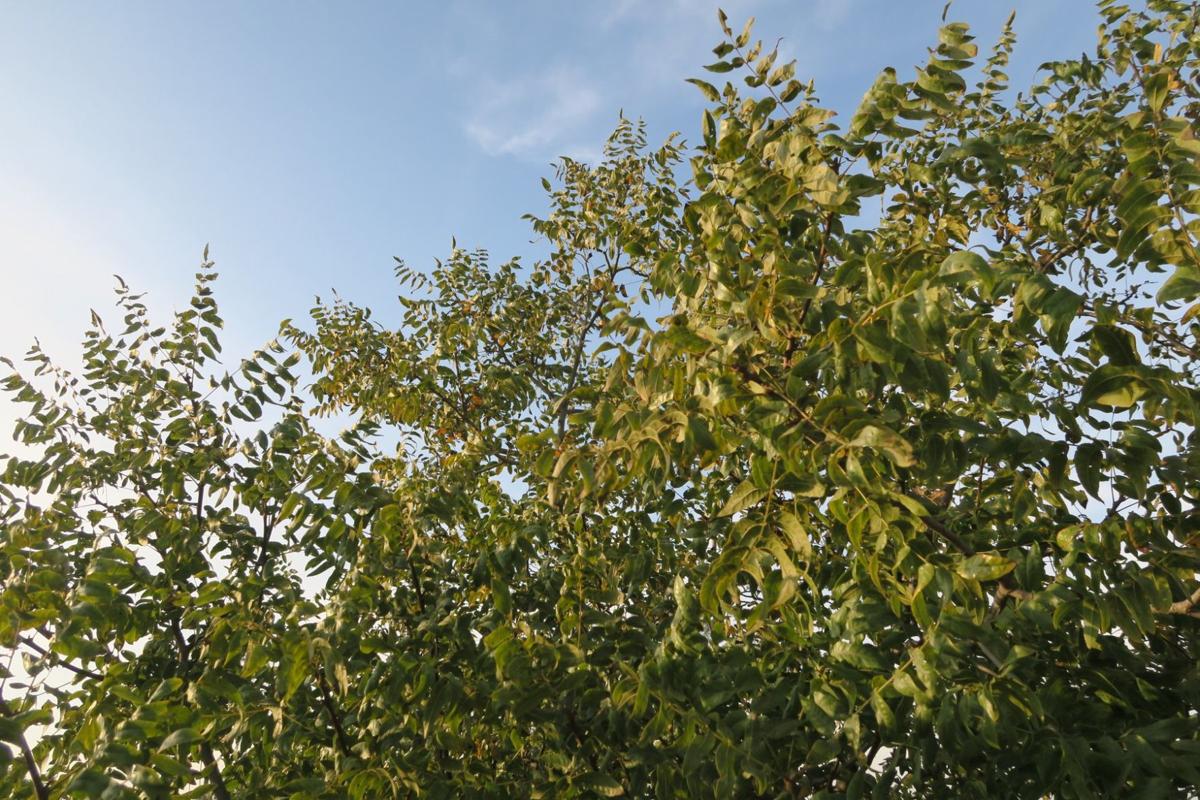 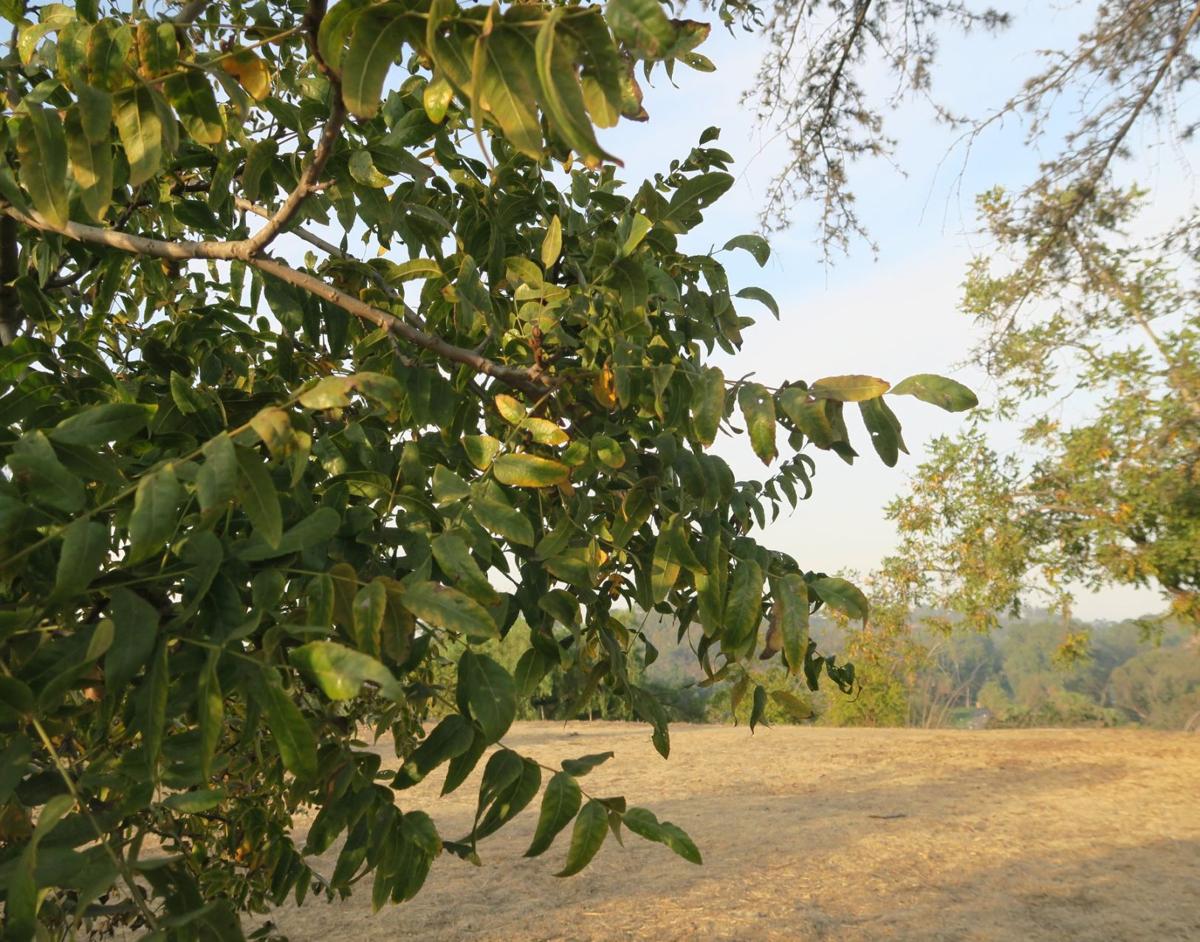 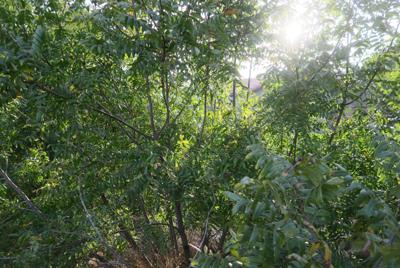 At a recent Saturday work volunteer work day at Commonwealth Nursery in Griffith Park, I was with folks of all ages getting our hands dirty by processing local black walnuts which were being prepped for sprouting and (hopefully) later transplanting young samplings back into the environment.

We reached into buckets of crunchy black nuts, removed the dried outer shell and then, with the aid of sandpaper, scratched away the inner protective husk. The final product resembled a dusty truffle.

“Could we eat these?” was a popular question as the black walnut dust caked our fingers.

Turns out, yes, those green balls you find scattered all over your sidewalk, backyard deck or on walking trails, are very edible – but it’s a lot of work.

“They are a challenge to eat, but their flavor I think is more rich and dense than other types of walnuts,” says Lynette Kampe, Executive Director Emeritus of the Theodore Payne Foundation and Mt. Washington resident. The super hard shell makes it difficult to extract the meat and “you have to be careful if you use a hammer. You’ll end up picking through shell bits to get to the nut which isn’t typically very big.”

Having sampled black walnuts, I found them to have a powerful earthy taste. A little would go a long way if I was to bake them into cookies or breads – and people online are happy to share their recipes. Kampe likes to sprinkle pieces of them on ice cream. “You really don’t need much of them to taste the flavor.”

Indeed, growing a black walnut tree isn’t just about having a food crop. Kampe says there are numerous reasons to consider adding this long-living native tree to your backyard.

While drought tolerant, they grow fairly quickly. Kampe suggests placing trees on north or eastern slopes or canyons. They like a little shade and regular small amounts of moisture.

“They like the same kind of growing conditions as our native oaks.” Right now, she says, is the perfect time to put a black walnut in the ground. (You can find them at Theodore Payne and other native nurseries.) 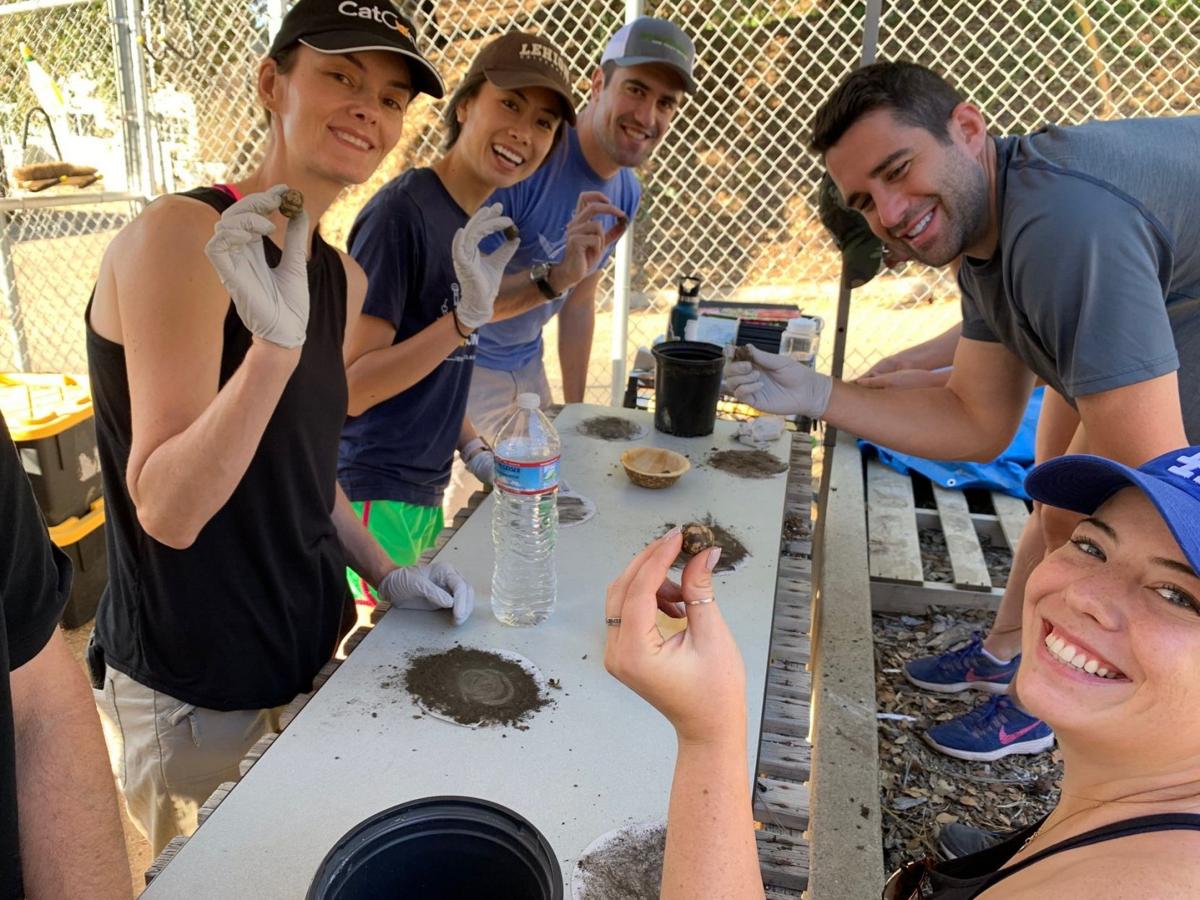 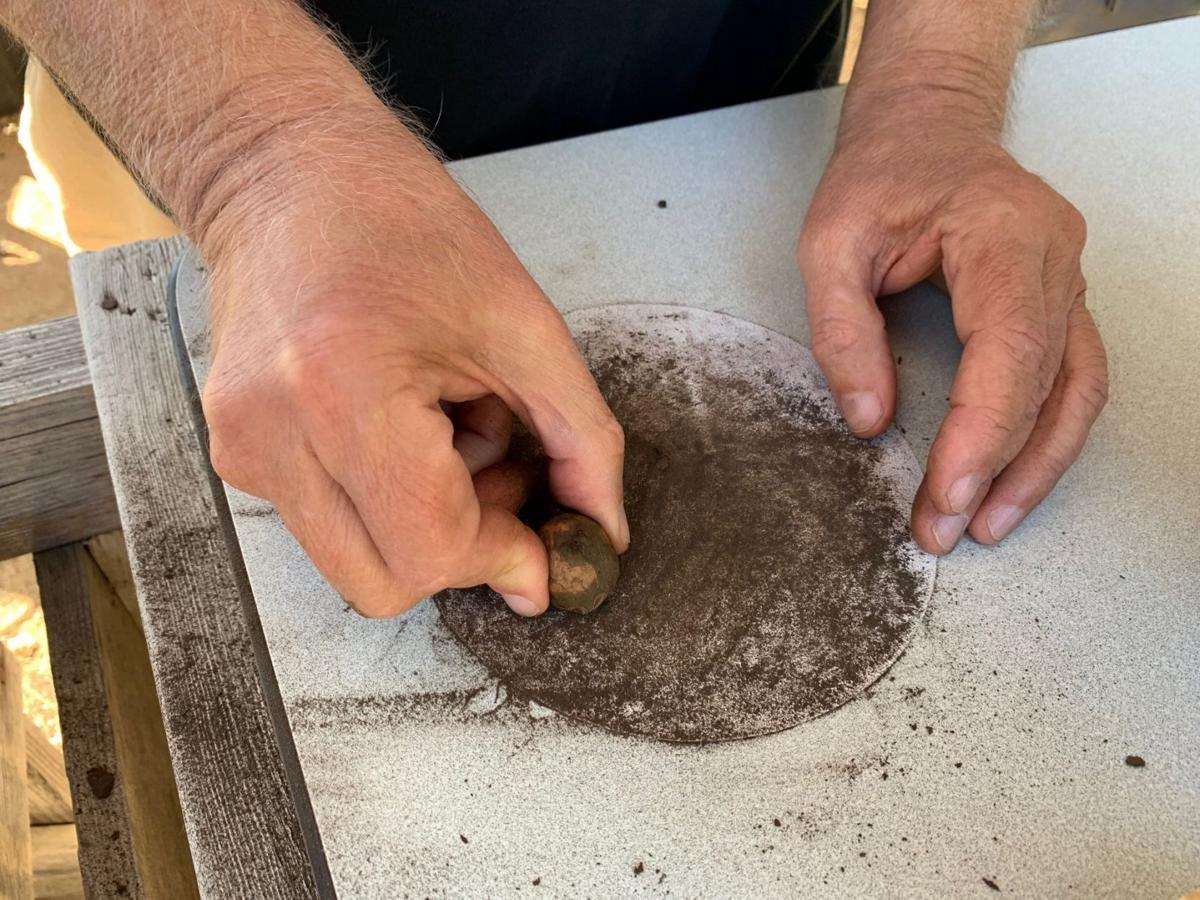 They're a tough nut to crack -- but worth it

Processing native black walnuts is a lot of work to extra a relatively small nut compared to commercial varieties. Though small, the native nuts are said to be more flavorful.

Southern California black walnut trees are found in pockets of Los Angeles, including hillsides in Glassell Park, alongside Debs Park trails, the steep hills of Elysian Park and lining golf courses in Griffith Park among others locations. (Native plant experts caution the public not to forage native walnuts in the wild since the tree it is a threatened species.)

Kampe says black walnuts can live to be 150 years old; they start producing fruit (i.e. clusters of one-inch green orbs) when they are about five years old. Hot summer days turn the fleshy outer covering of these green spheres black. That’s the time that Kampe says she hears the “squirrel gnawing like crazy” to get to the prized delicacy.

Obtaining the prized inner nut can be a messy challenge since a juicy husk, if not completely dried out, can stain skin for days. Native Americans used black walnut hulls as a natural dye, and artisans today often make up a batch of the deep coffee brown dye through boiling. (Note: before attempting to make your own dye, do some research. Wear rubber gloves and protect surfaces. Don’t let the liquid dye come in contact with your eyes. You have been warned.)

In addition to using black walnuts as food and dye, Native Americans also created a game with the shells, filling some up with black tar and others with a white rock and used as a dice game.

But, the overall beauty of the black walnut tree is that it reminds residents of the seasons since it loses its leaves in the winter.

“The leaves turn yellow and then for a while you’ll have a bare tree,” says Kempe who has about a 50 year-old tree in her backyard. In the spring she waits for the green sprouts and then the dangling cylindrical catkins.

“The nuts are, in my opinion, a bonus, because the tree itself is so wonderful. It provides shade and birds create habitats in it as well as pick off all the insects. There is so much to love about them.”

Note: Native plant experts caution the public not to forage native walnuts in the wild since the tree it is a threatened species.

I grew up in Studio City and we had lots of black walnut trees on our property. As children, my sister and I would stash the green nuts in a secret place and then return when they turned dark to smash and feast upon. It was a lot of work to get to the meat but the effort made it more delicious. Today I'm very happy to have a black walnut tree in my yard. Squirrels scamper up and down the branches and bury the nuts in my lawn.