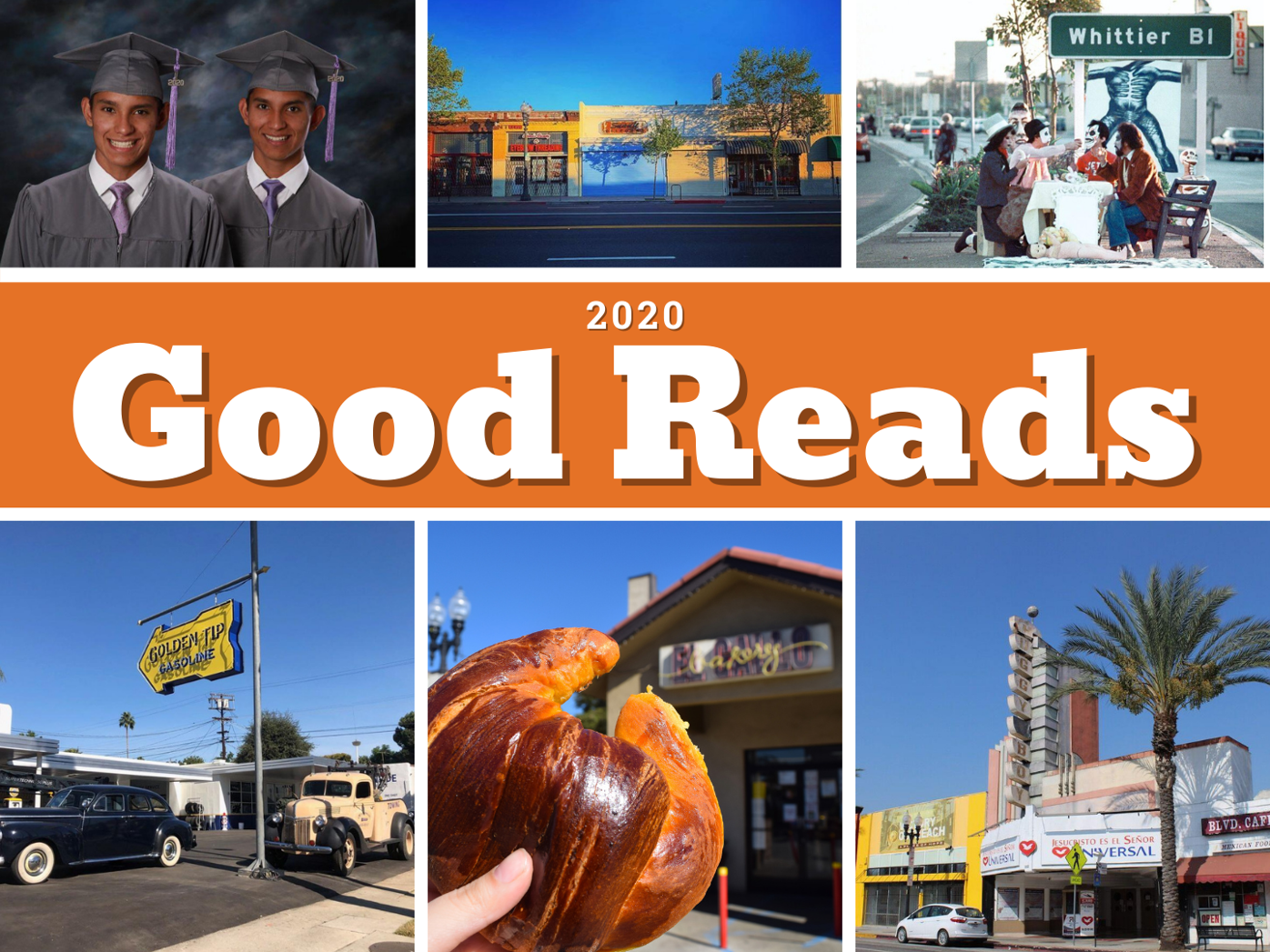 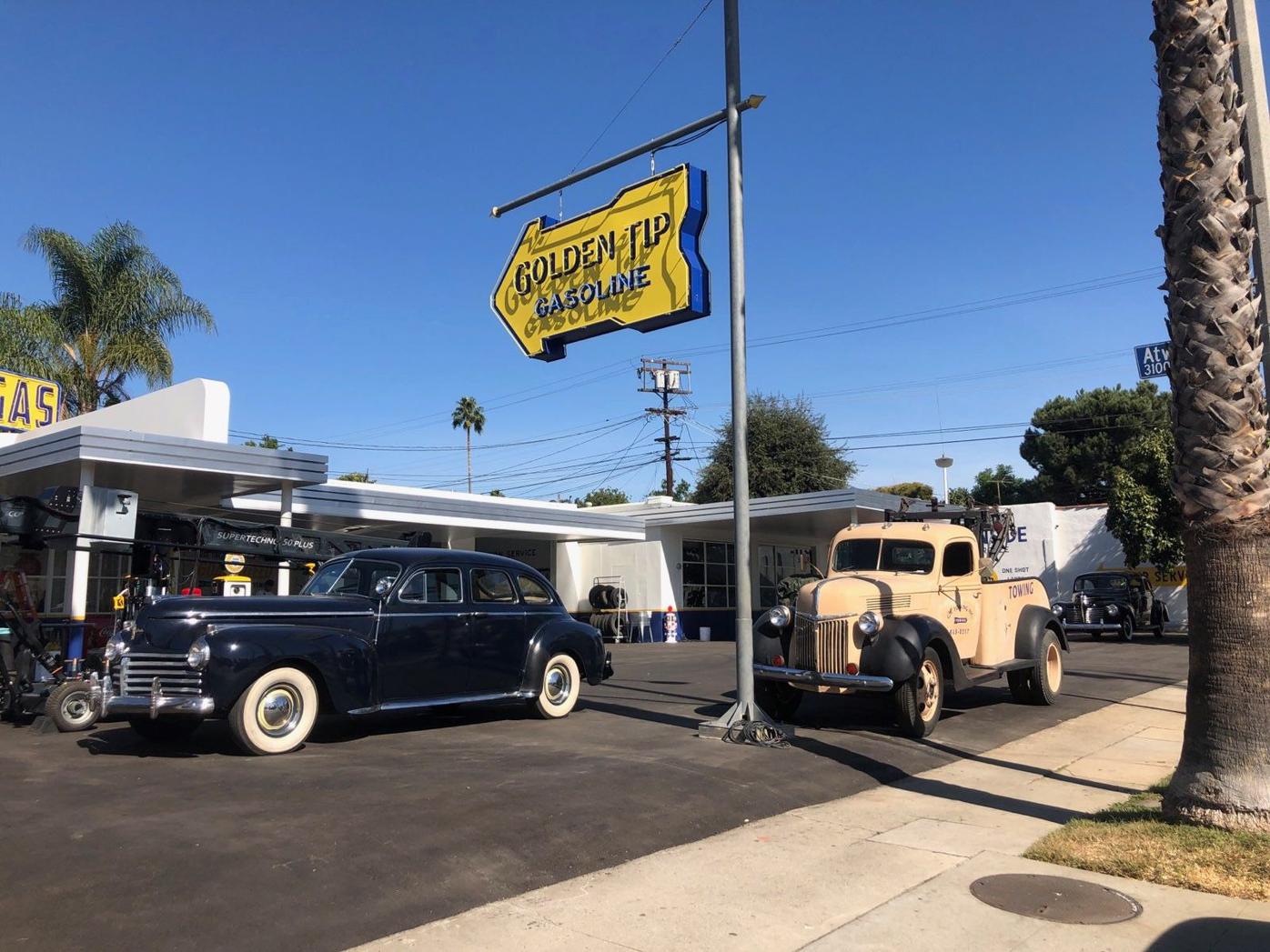 Luis Lopez Automotive in Atwater Village was transformed into Golden Tip Gasoline for the "Hollywood" series on Netflix. 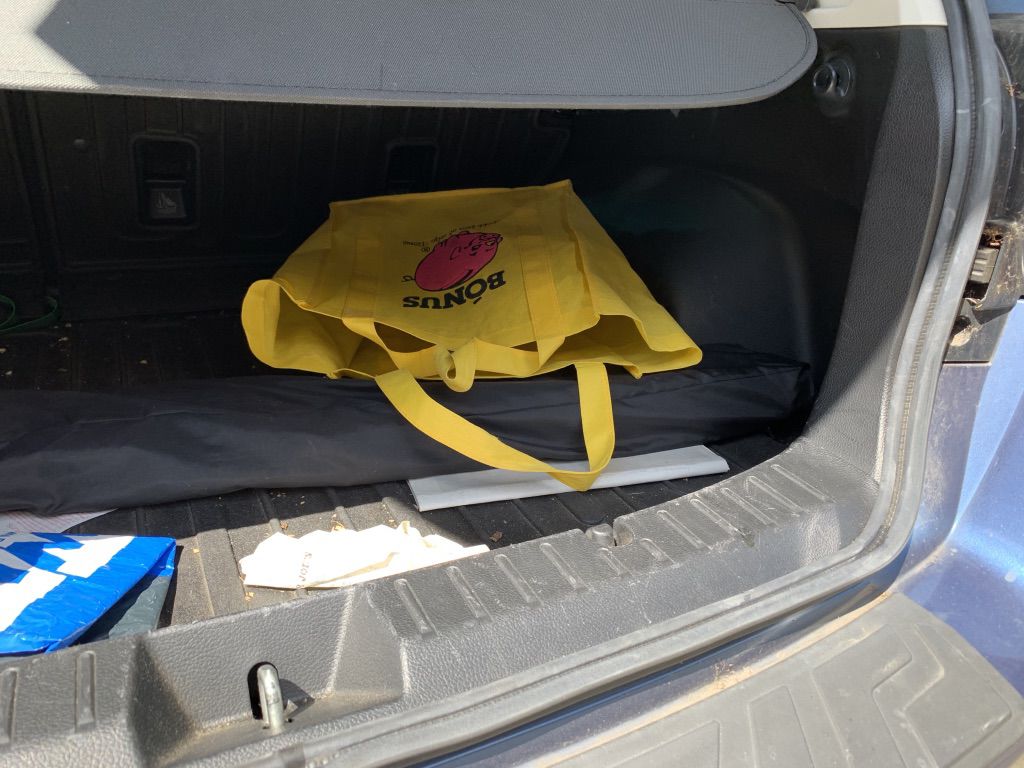 The scene of the crime -- the trunk left devoid of toilet paper. 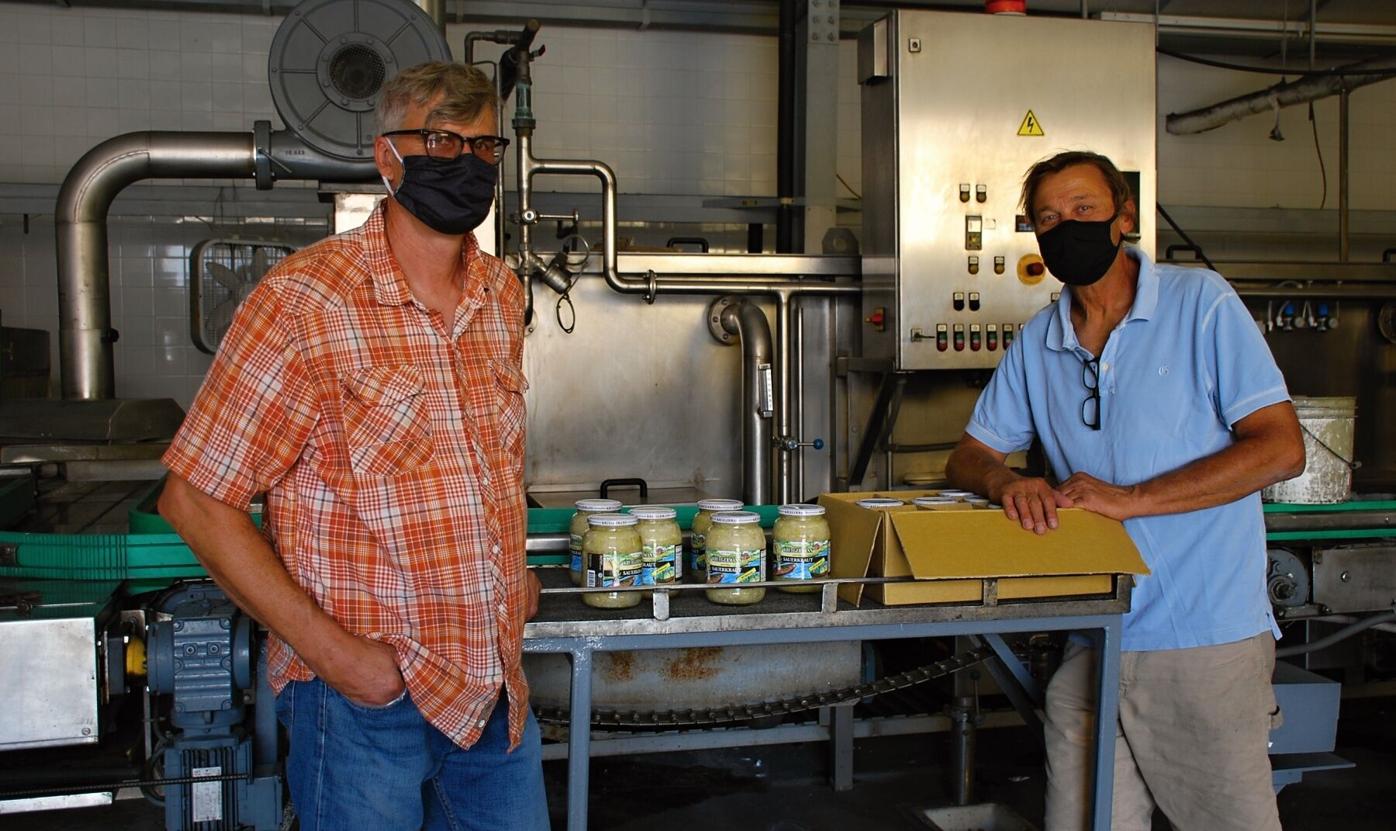 Carl (left) and Greg Kruegermann say that the coronavirus pandemic hasn't slowed down production at Kruegermann Pickles, a demand that is fueled by stay-at-home residents who want well-stocked pantries with products that need no refrigeration. 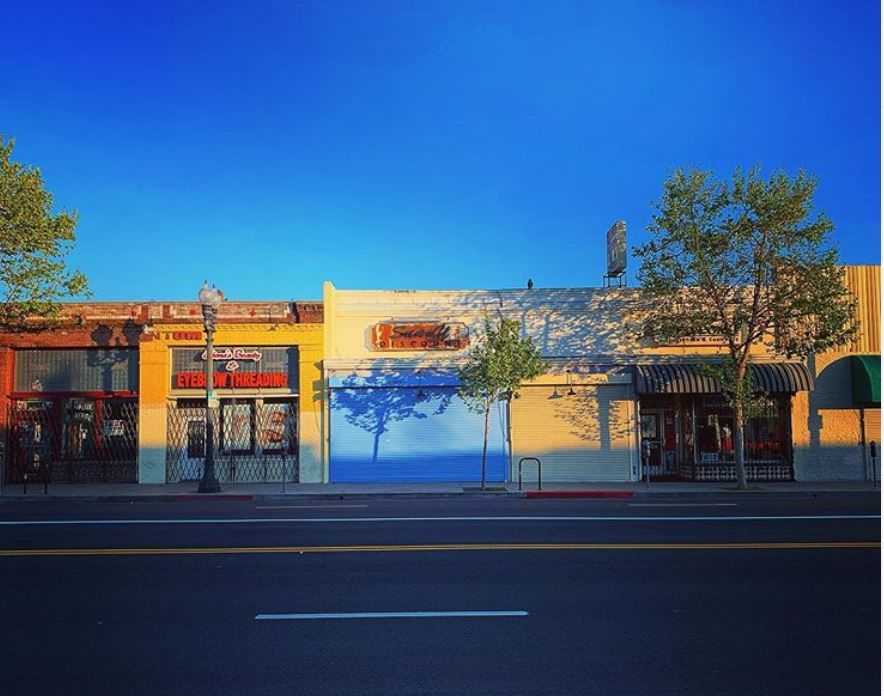 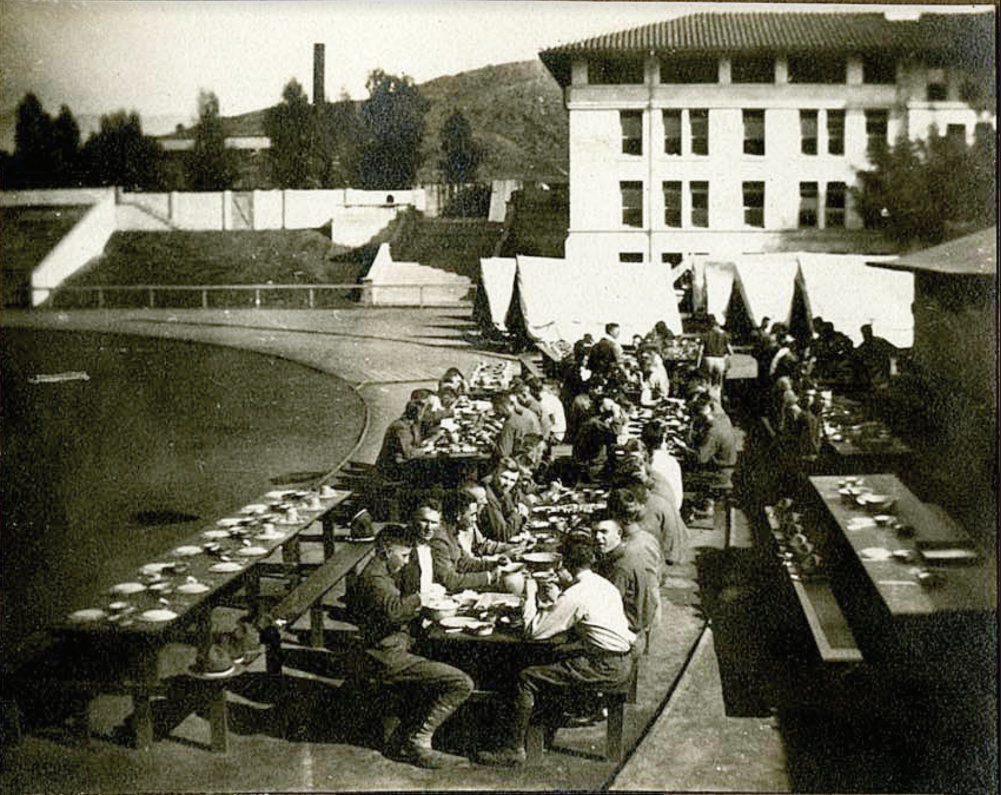 Members of Occidental’s Student Army Training Corps chow down in the temporary mess hall on the perimeter of Patterson Field prior to the shutdown of campus in the fall of 1918 as a result of the Spanish flu epidemic. 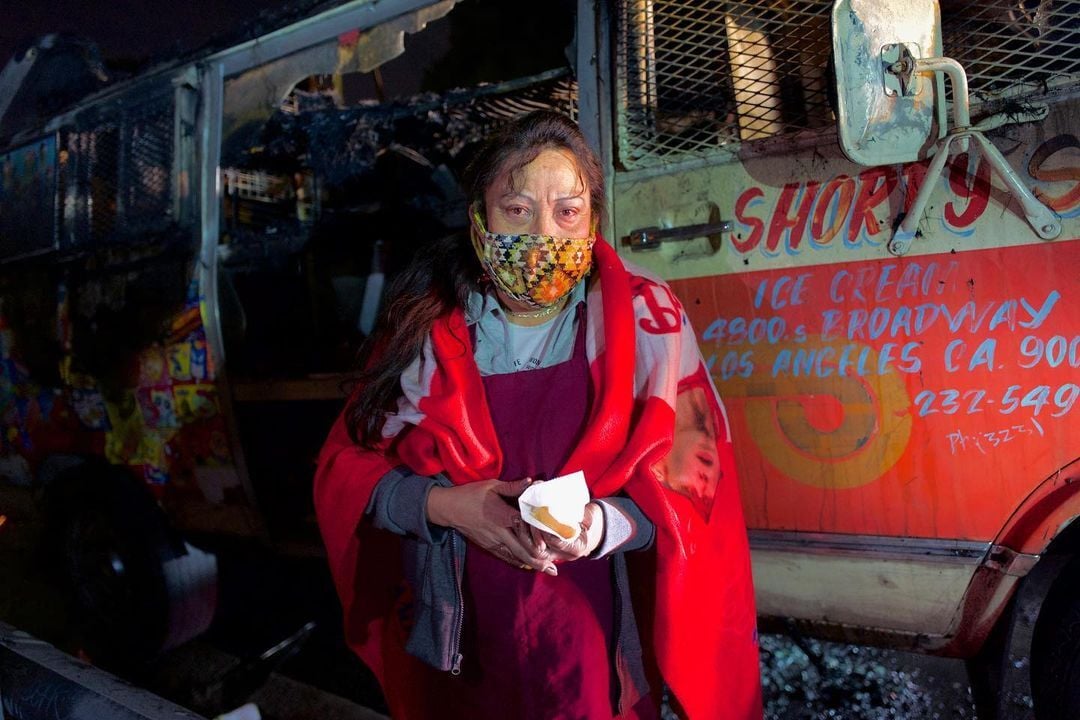 Dalila Santos in front of her ice cream truck after fire fighters put out the flames on Dec. 5, 2020. 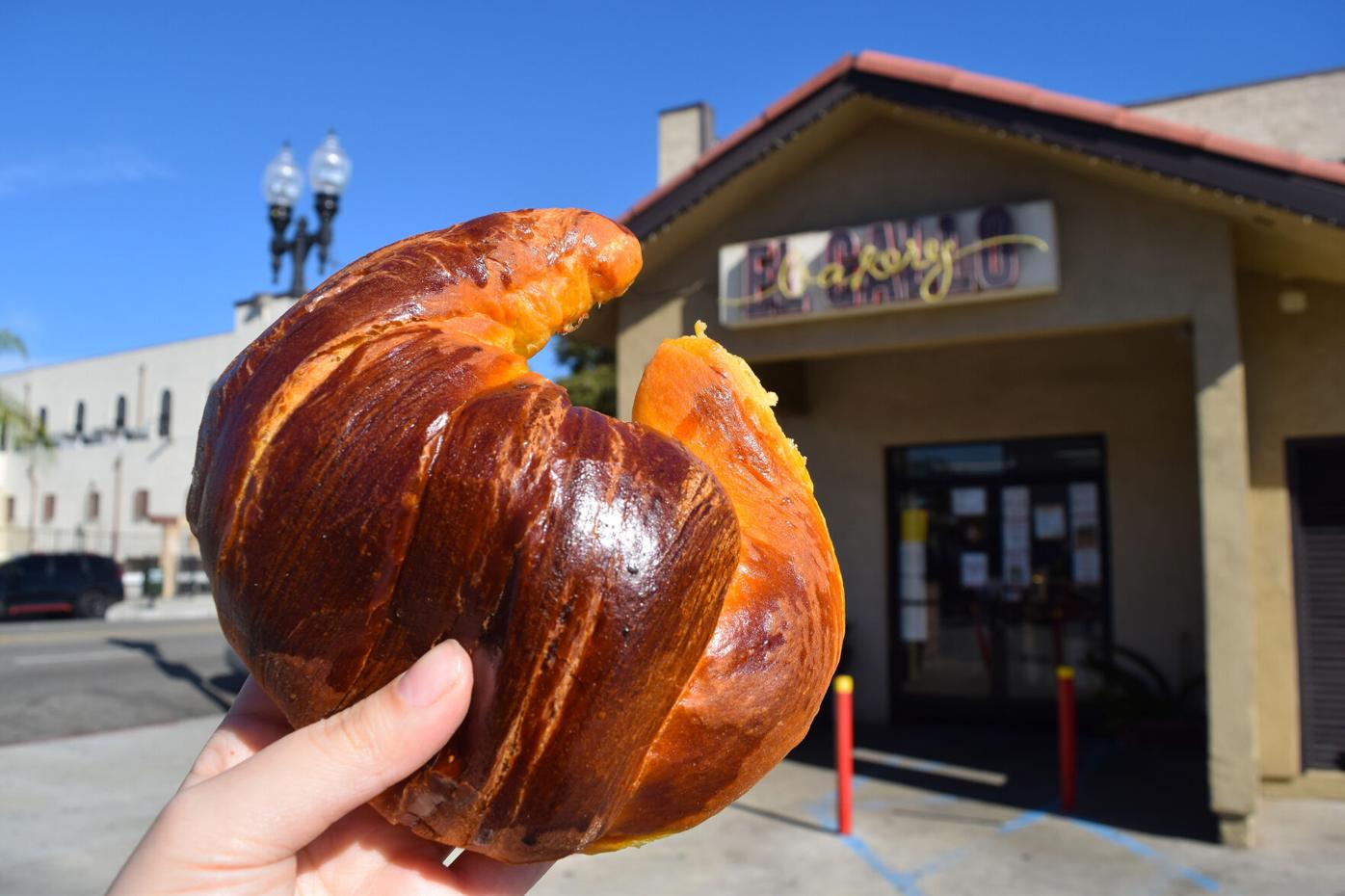 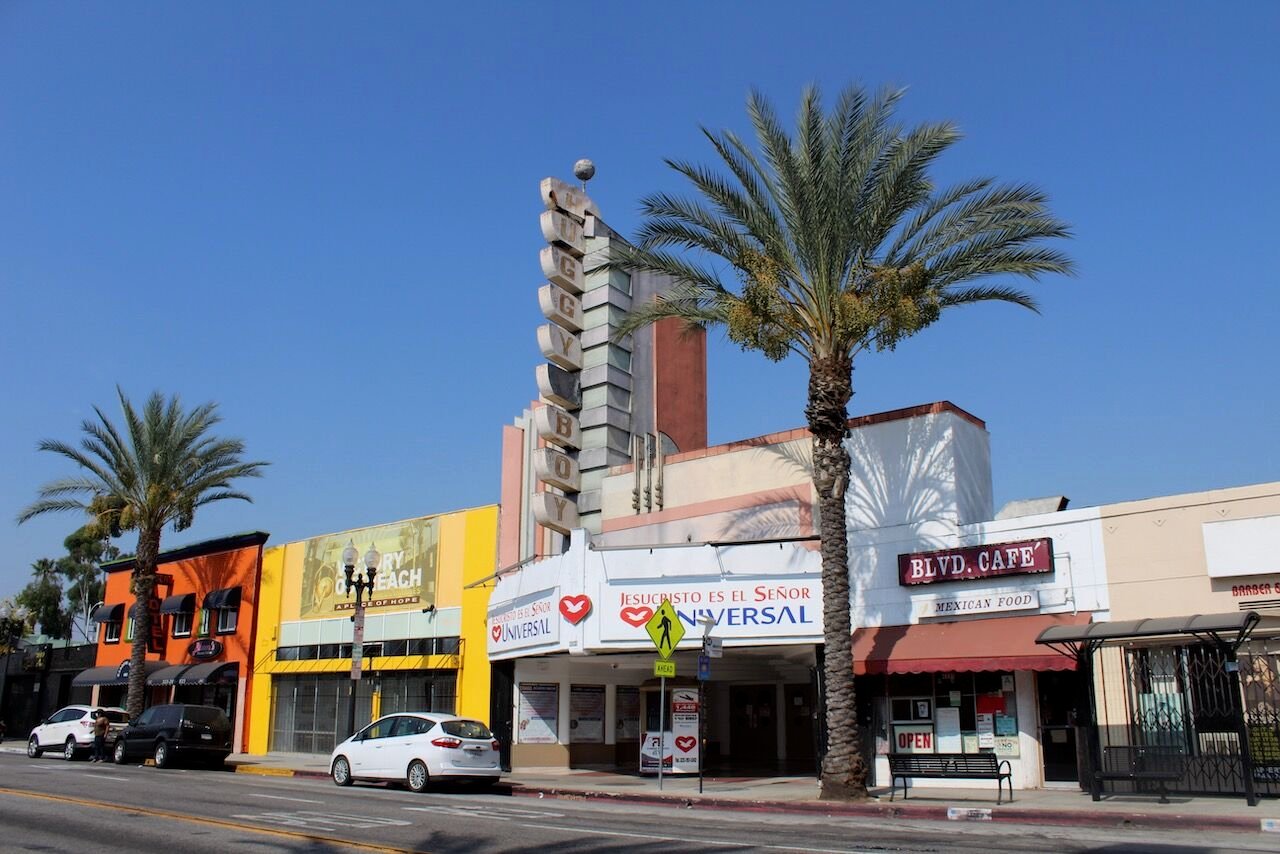 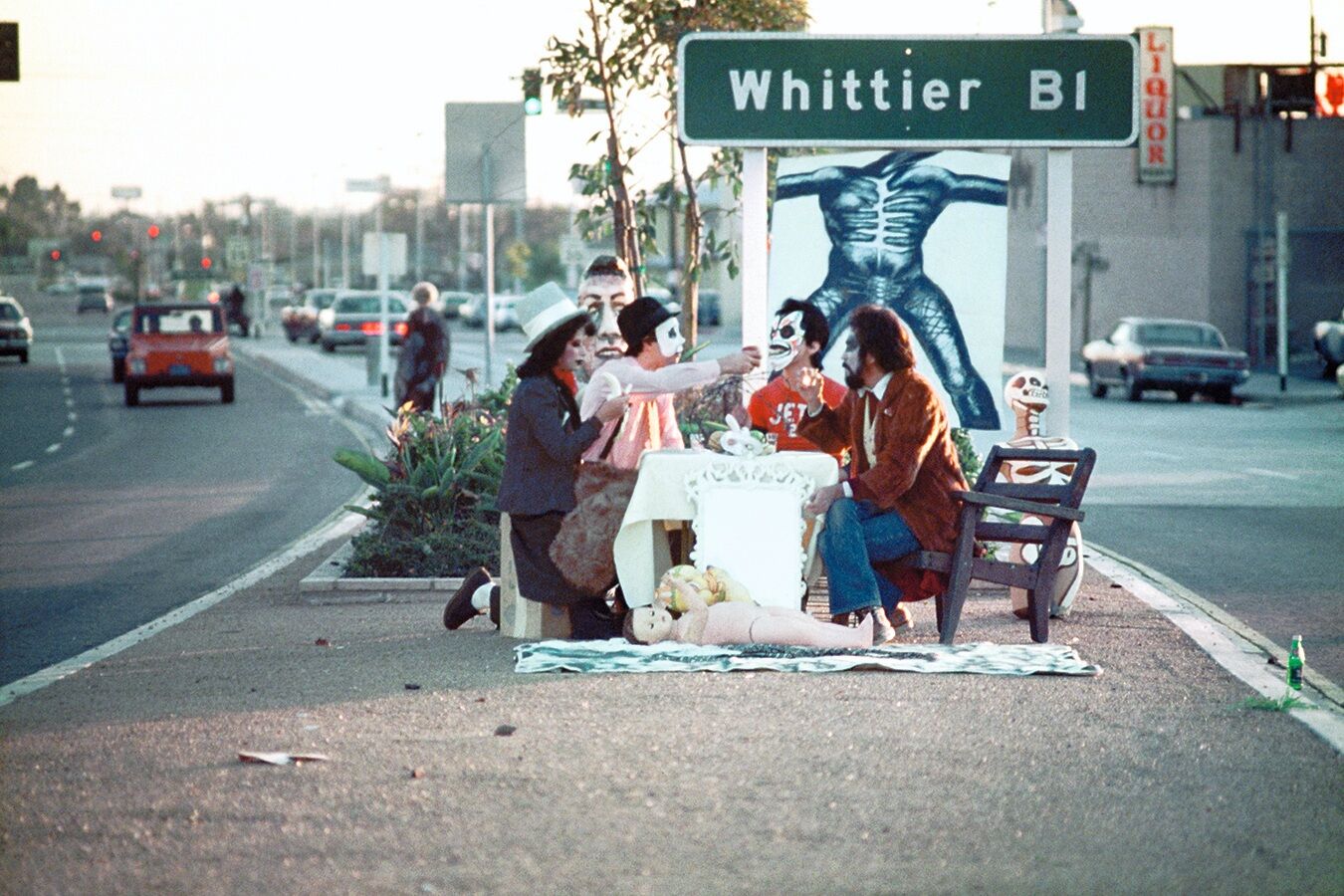 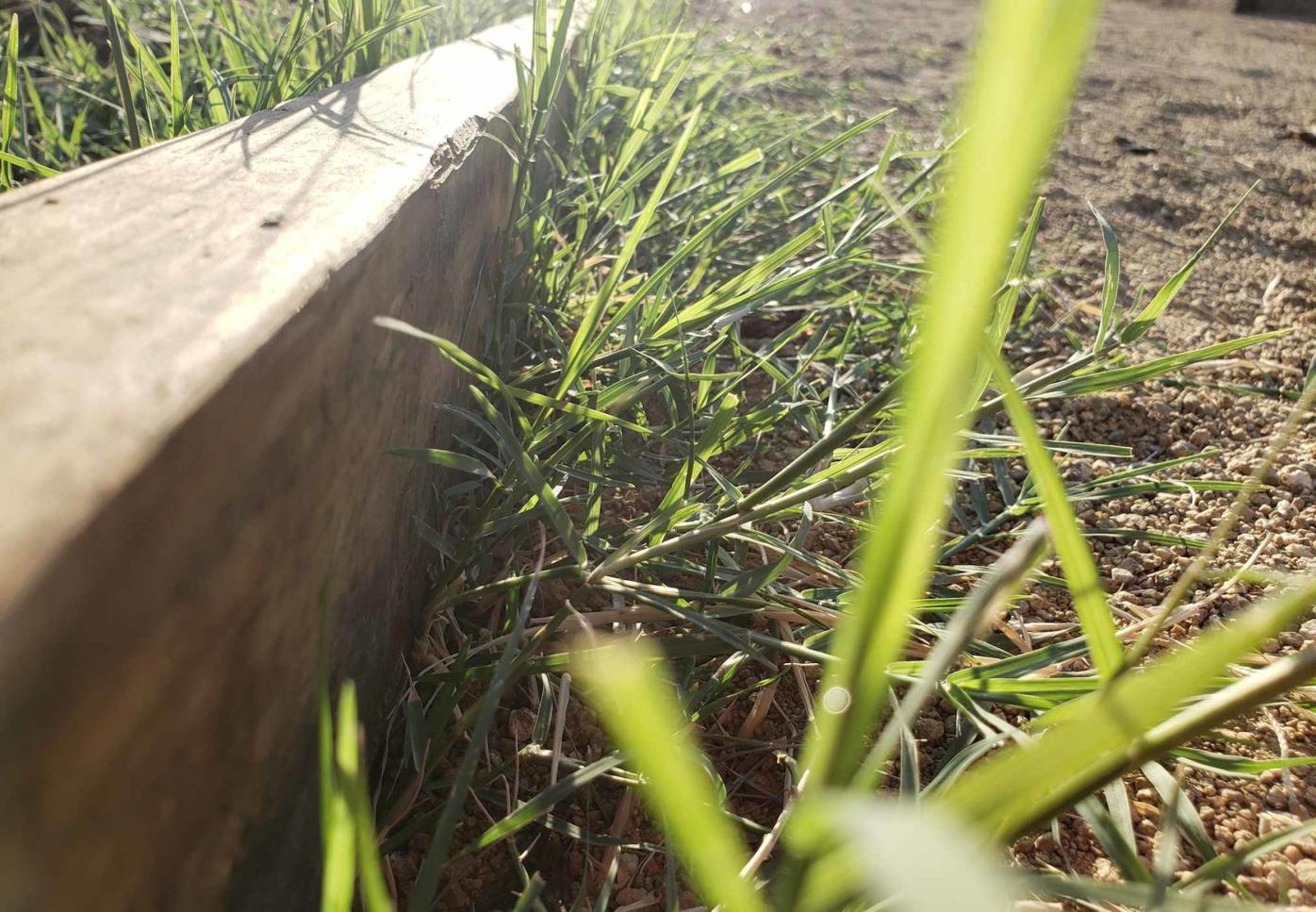 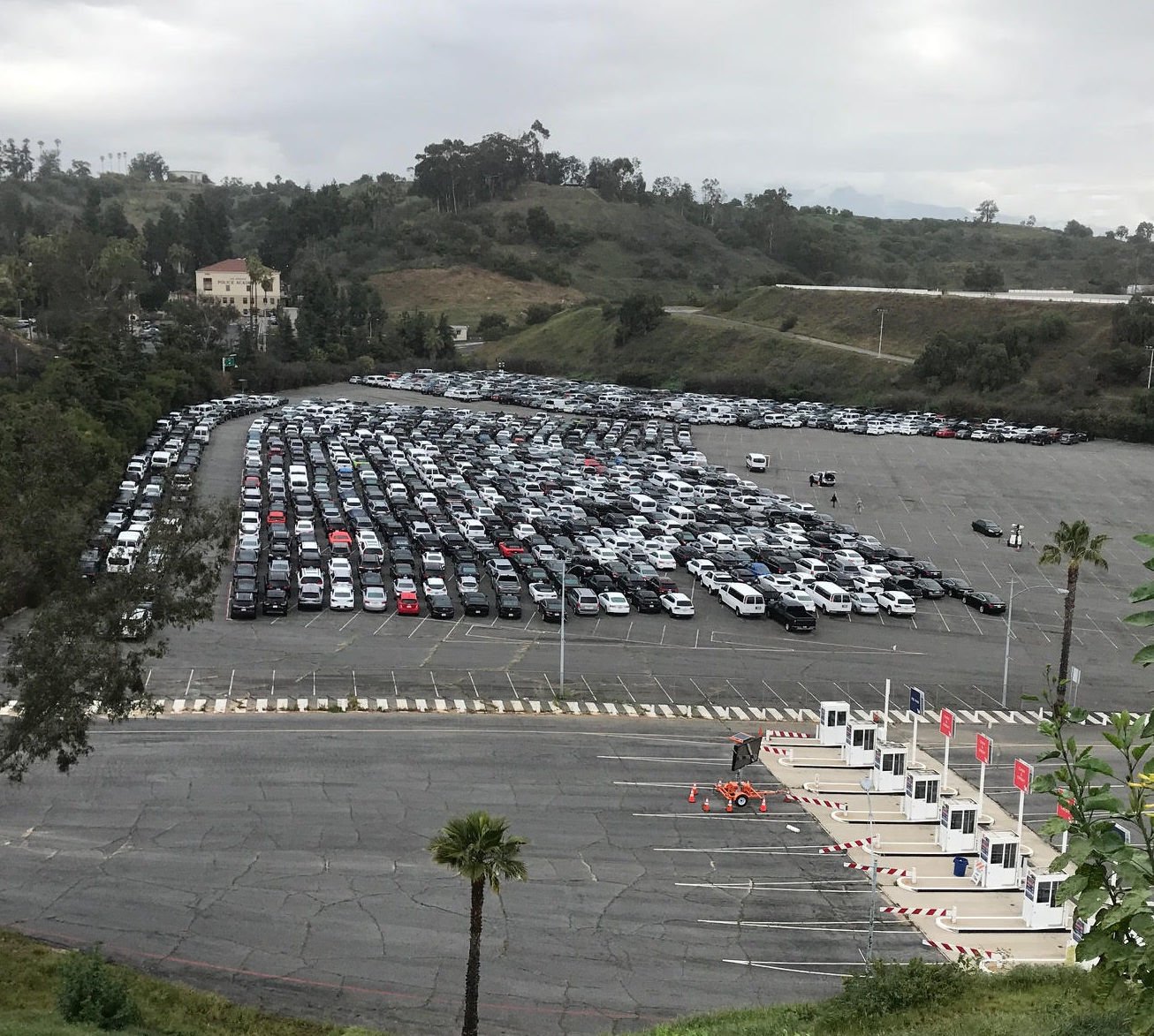 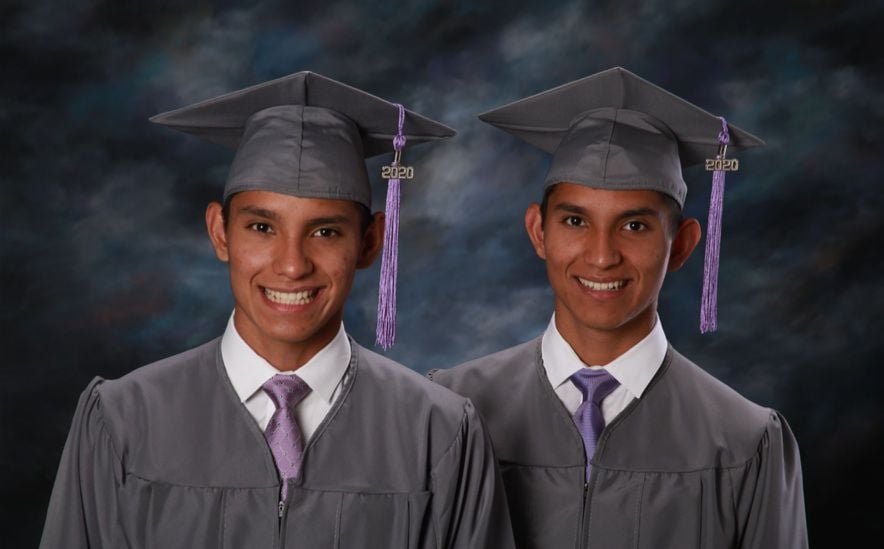 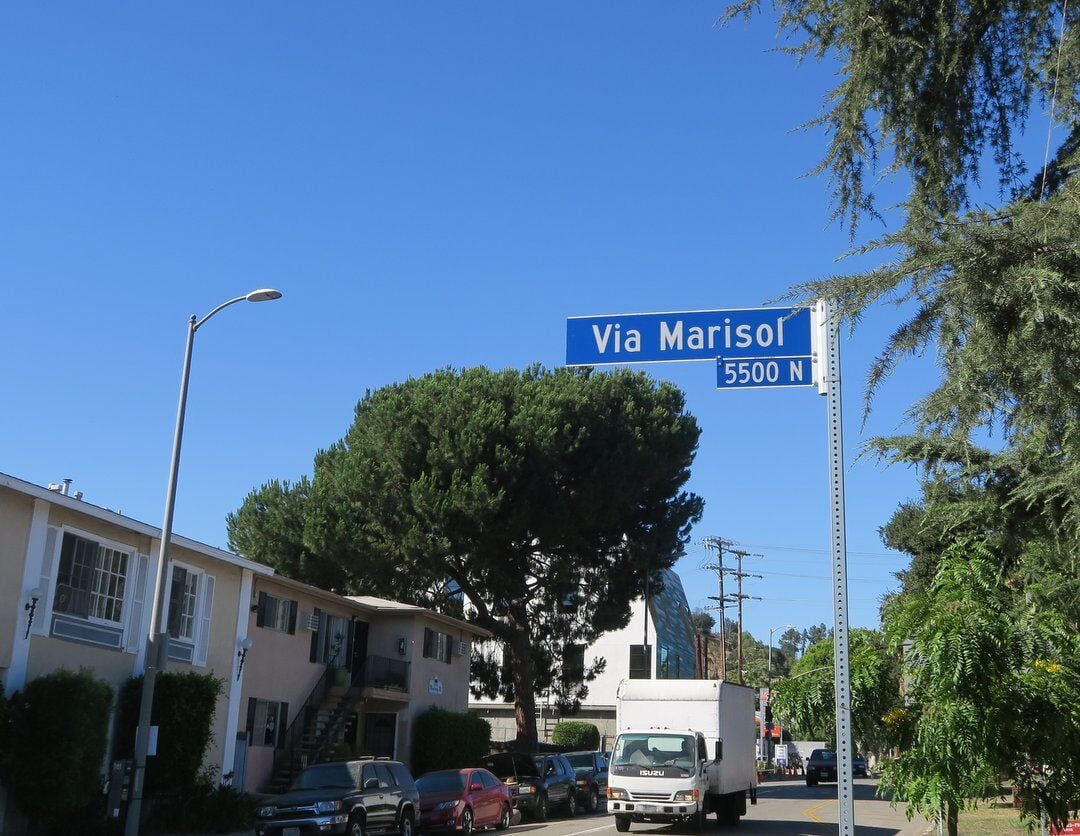 Via Marisol would revert back to Hermon Avenue under a neighborhood council proposal. 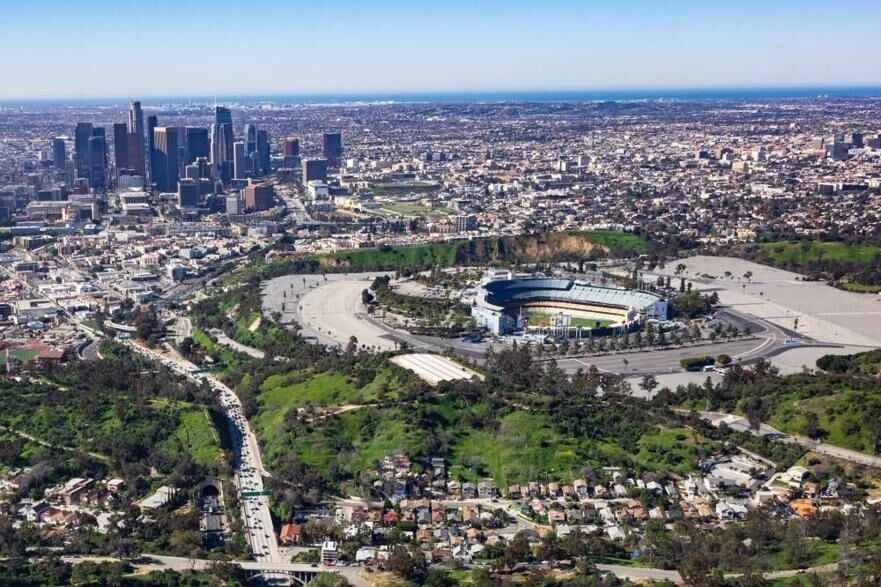 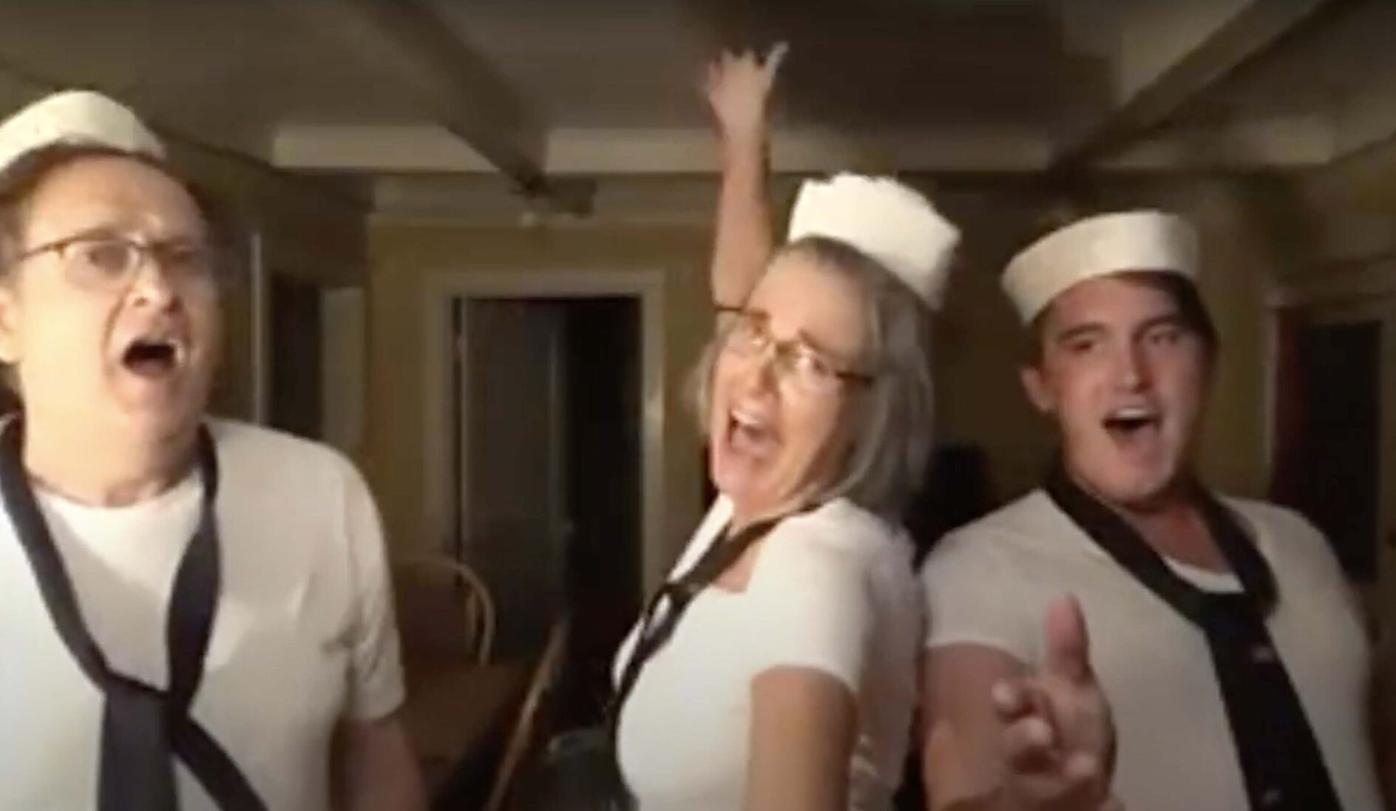 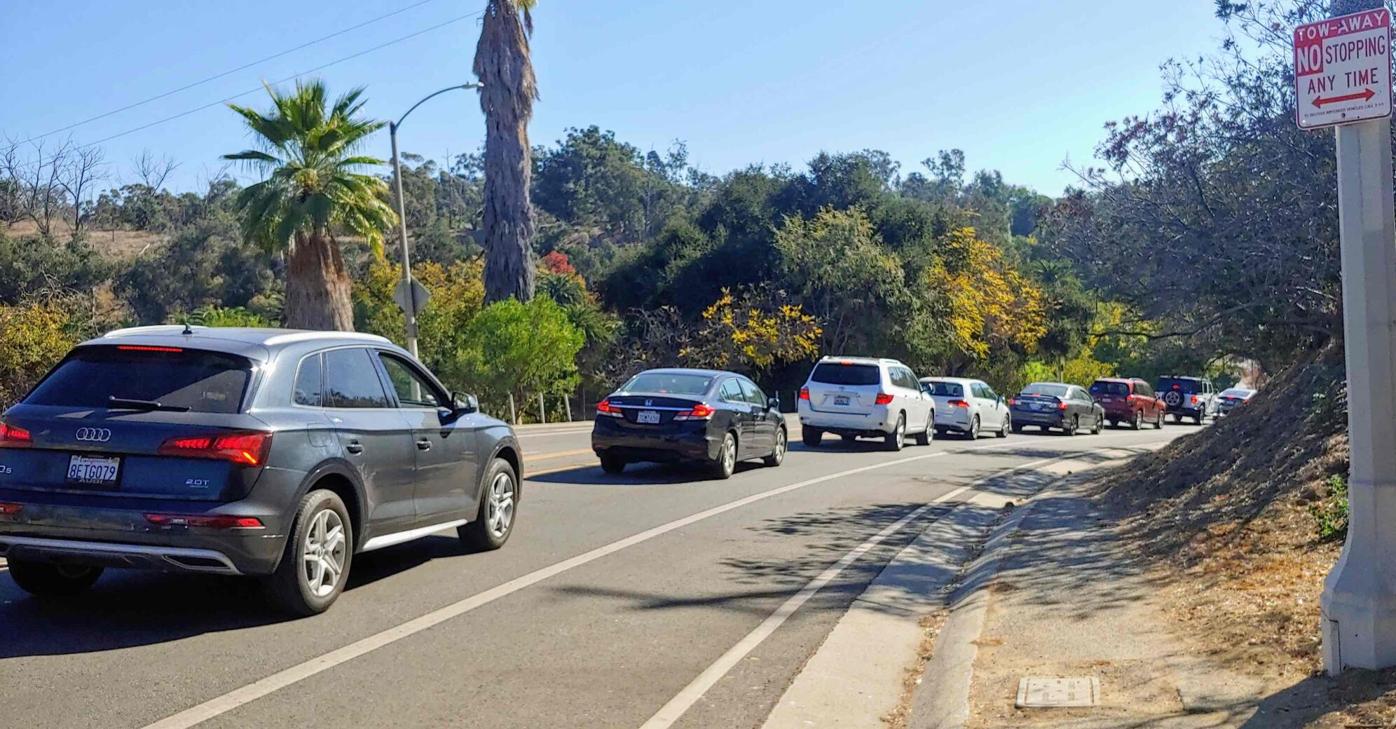 Scott Avenue, toward the stadium.

From COVID-19 to the BLM protests and presidential elections, we can all agree that 2020 has been a roller coaster.

But 2020 wasn't just about coronavirus.  There were the twin valedictorians from Eagle Rock High who are headed to Ivy League; the Lincoln Heights man who raised money for a beloved ice cream vendor after her truck caught fire, and the East Hollywood community gardeners who competed to pull the longest strand of crabgrass from their plots.

We are closing out the year with these and other enjoyable and memorable stories from 2020. Happy New Year!

Atwater Village -- When Luis Lopez leased his car repair shop as a location for the new Netflix miniseries "Hollywood," he didn't exactly know what role his shop would play. Turns out it wasn't about cars getting serviced. Read more

"Oh my god, they got the toilet paper!" -- Echo Park car break-in reveals what's popular with thieves these days

Echo Park -- Think twice before you leave hard-to-find rolls of toilet paper in your car.

On Sunday morning, a resident who lives near Echo Park Lake discovered his car door ajar. His belongings were tossed around inside but a phone charger, a "nice coat" and a pair of shoes were still there. Read more

Elysian Valley -- “We survived WWI, WWII, Russian pillaging, and socialism that made my dad leave Germany in the '60s. We are survivors,” says Greg Kruegermann about how Kruegermann Pickles & Sauerkraut is weathering the 2020 coronavirus pandemic.

Indeed, the longtime Frogtown factory continues to churn out thousands of jars of assorted pickles, red beets, cabbage and more. Last week, more than 10,000 jars of sauerkraut were bottled onsite in Elysian Valley not far from where, at one time, factories like Hostess Bakery, Dolly Madison and Van de Kamp Bakeries were rolling out goods. Read more

Quiet Times: Some miss the sounds of the city, others welcome the peace and birdsong

“I kinda miss it,” admits Luis Lopez about the absence of traffic and noise near his Atwater Village auto repair shop. “I got so used to it. It was like my neighborhood soundtrack. It feels like something is missing.”

We’ve all heard (or not heard) it -- that strange quietness that has enveloped the once busy streets and freeways, not to mention the skies above where fewer airplanes zoom and boom. The constant noise that once thumped along with life in Los Angeles has been dialed down to a low murmur. Read more

Northeast L.A. 1918: Life and death amid the Spanish flu

It was mid-September 1918 when cases of the deadly Spanish influenza began showing up in Los Angeles.

The pandemic first affected seamen and soldiers returning from World War I, and on September 22, the first civilian cases appeared in downtown Los Angeles. Among the infected were 55 students at Polytechnic High School which was then located at Washington Boulevard and Flower Street. Read more

Lincoln Heights -- It was cold last Sunday night when Dalila Santos was on her way home after driving all day through Boyle Heights and Elysian Park selling ice cream. Taking a turn in Lincoln Heights, her ice cream truck stalled in the middle of the road, smoke started coming out from under the hood. Read more

East Los Angeles -- El Gallo Bakery, founded in 1949, is one of the oldest and most well known of East L.A.'s many panaderias. Today, the Cesar Chavez Avenue bakery is owned by Jesus Gabriel Huerta, the son of founder Magdalena Martinez-Huerta. Read more

Shining a spotlight on the old movie houses of East LA

East Los Angeles -- September's fire at the Nuevo Amanecer development on First Street came close to destroying the former Unique Theater, a 1920s movie house that hearkened to an era when neighborhoods like East Los Angeles were true hubs of entertainment. Read more

East Los Angeles -- On a traffic island, four young people in costume sit down for dinner, ignoring street traffic and passersby. A skeletal image hangs from a Whittier Blvd. sign behind them; a giant baby Jesus rests by the table.

A photograph of the 1974 performance “The First Supper (After a Major Riot),” taken by Harry Gamboa Jr., is one of East Los Angeles’ most iconic images. Gamboa arranged and directed the performance with fellow members of ASCO, an art collective formed a few years earlier. Read more

East Hollywood - I guess I've known this weed all my life. It peeks through cement in the sidewalk. It grows through walls. It takes root in hard clods of near-stone 10 inches underground. It's the life that takes over an empty lot when nothing else is happening there. It is more native to Los Angeles than any of us will ever be, and most of us go to war with it as soon as we acquire land. Read more

Has Dodger Stadium turned into a rental car lot?

Echo Park - Why are so many cars parked at Dodger Stadium when the ballpark has been closed to the public during the coronavirus outbreak?

That's what some people have been asking as what appears to be hundreds of vehicles have been parked in tight rows in the stadium lot near Academy Road. Read more

'Angelenos Love the Postal Service': L.A.’s postmaster discusses the pandemic, dog bites, and how to help the post office

The Eastsider interviewed Joe Zapata, the postmaster of Los Angeles. He answered our questions -- and questions from the readers -- about life at the post office these days: Adapting to the pandemic, getting ready for National Dog Bite Awareness Week, and coming out on top as America’s most favorably rated federal agency. Read more

Eagle Rock - David and Daniel Juarez were born 90 seconds apart and have been together ever since.

Residents want to put Hermon Avenue back on the map, settling a 42-year-old grievance

Hermon - It's been more than four decades since Hermon Avenue was replaced in favor of Via Marisol, named after some long-ago city councilman’s kid. But now there's a move in support of another name change, back to Hermon Avenue. Read more

'It's like the announcers were having a private conversation': A strange opening day for Dodger fans

Echo Park - The season opener at Dodger Stadium was - definitely - a baseball game. Yes, we can confidently say that.

It featured two major league teams playing in the same place at the same time. Mookie Betts was there. Clayton Kershaw wasn’t. And after nine innings, the Dodgers beat the San Francisco Giants (8-1), as sometimes happens. Read more

Highland Park - You can’t just stop having open mics in L.A. They're a place to meet up with colleagues in between gigs. Or after gigs. Or when you have no gigs at all.

And so it is that every Monday night. Trip Kennedy sits down in his Highland Park home and hosts a Zoom conference call with his musical open mic, the Show-Off Show. Read more

Echo Park -  Even back in the Before Times, when bartending seemed like steady work and baseball fans could attend games in person, living or working near Dodger Stadium always had its drawbacks. But now that the stadium has converted from a sports facility to the city’s hottest COVID testing spot, conditions have changed. Read more