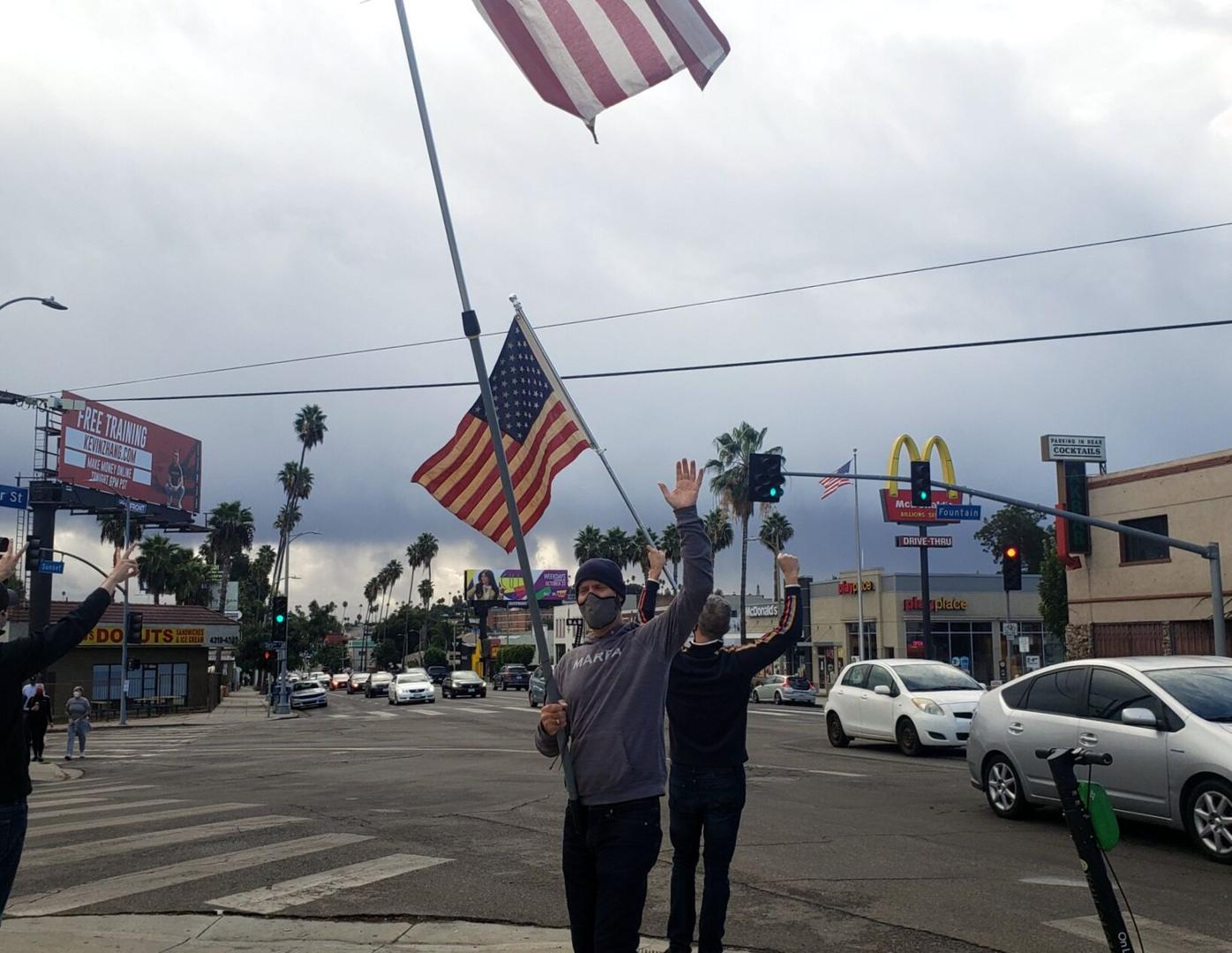 Flags and honking horns at Sunset and Fountain. 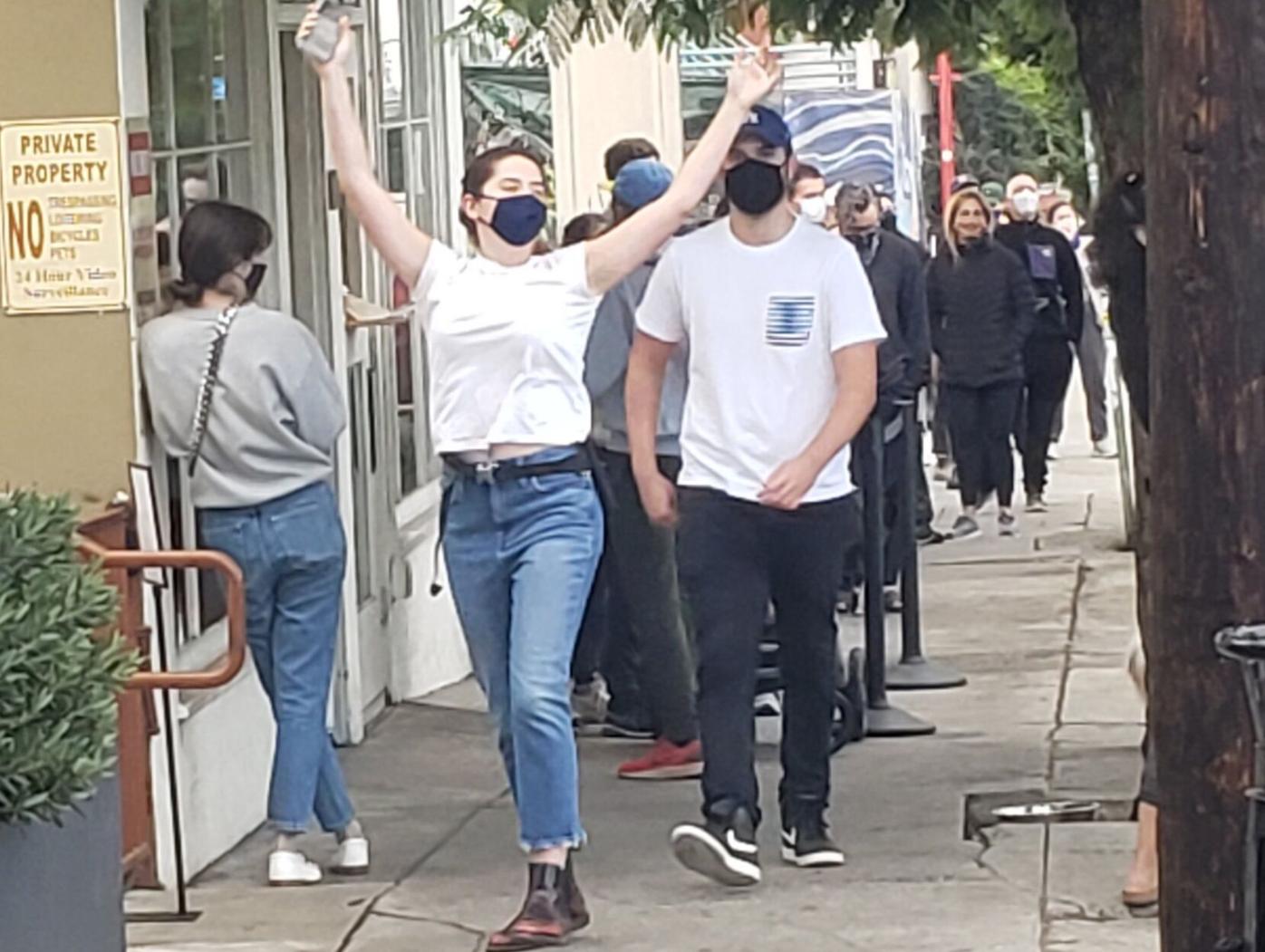 Celebrating on Hillhurst in Los Feliz 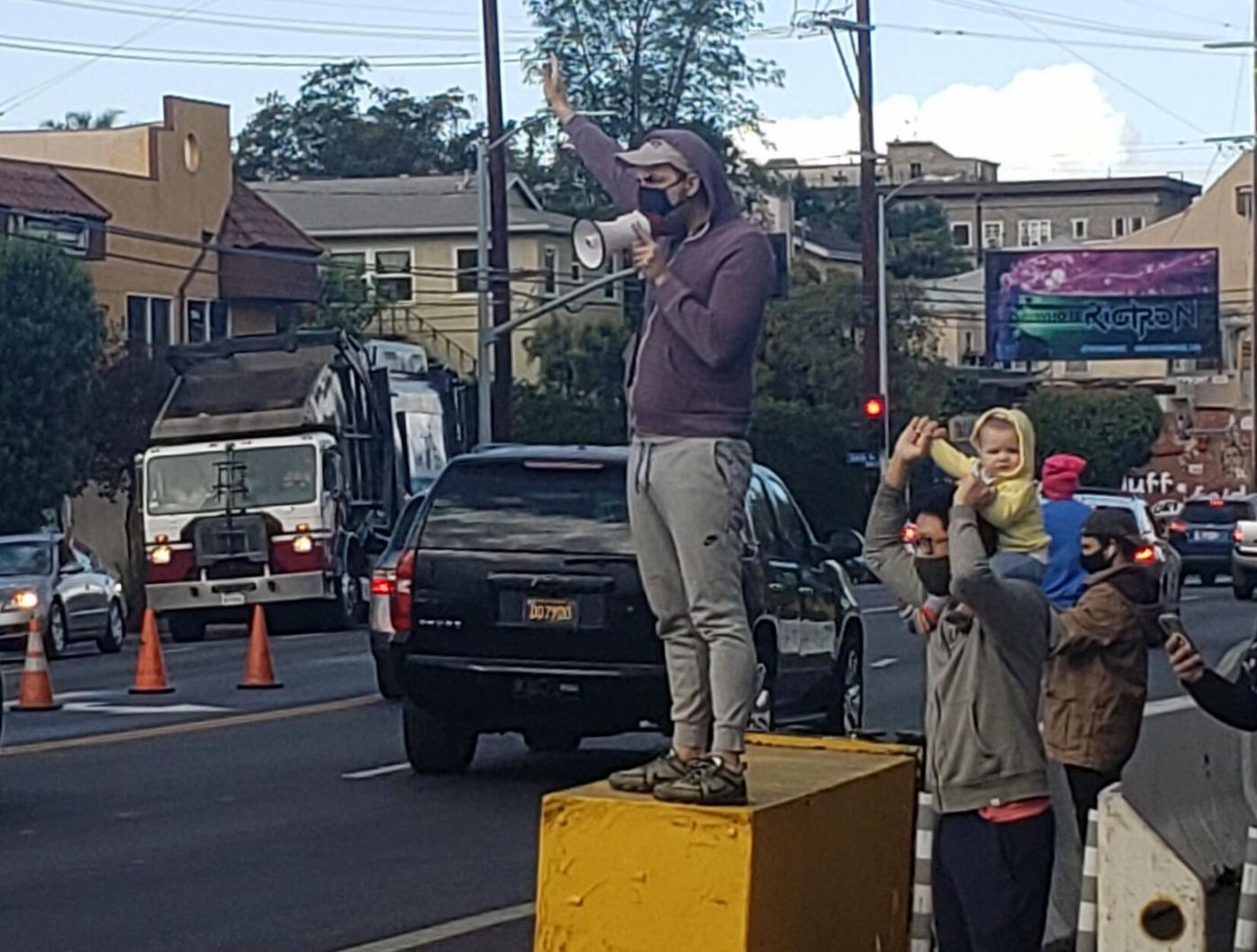 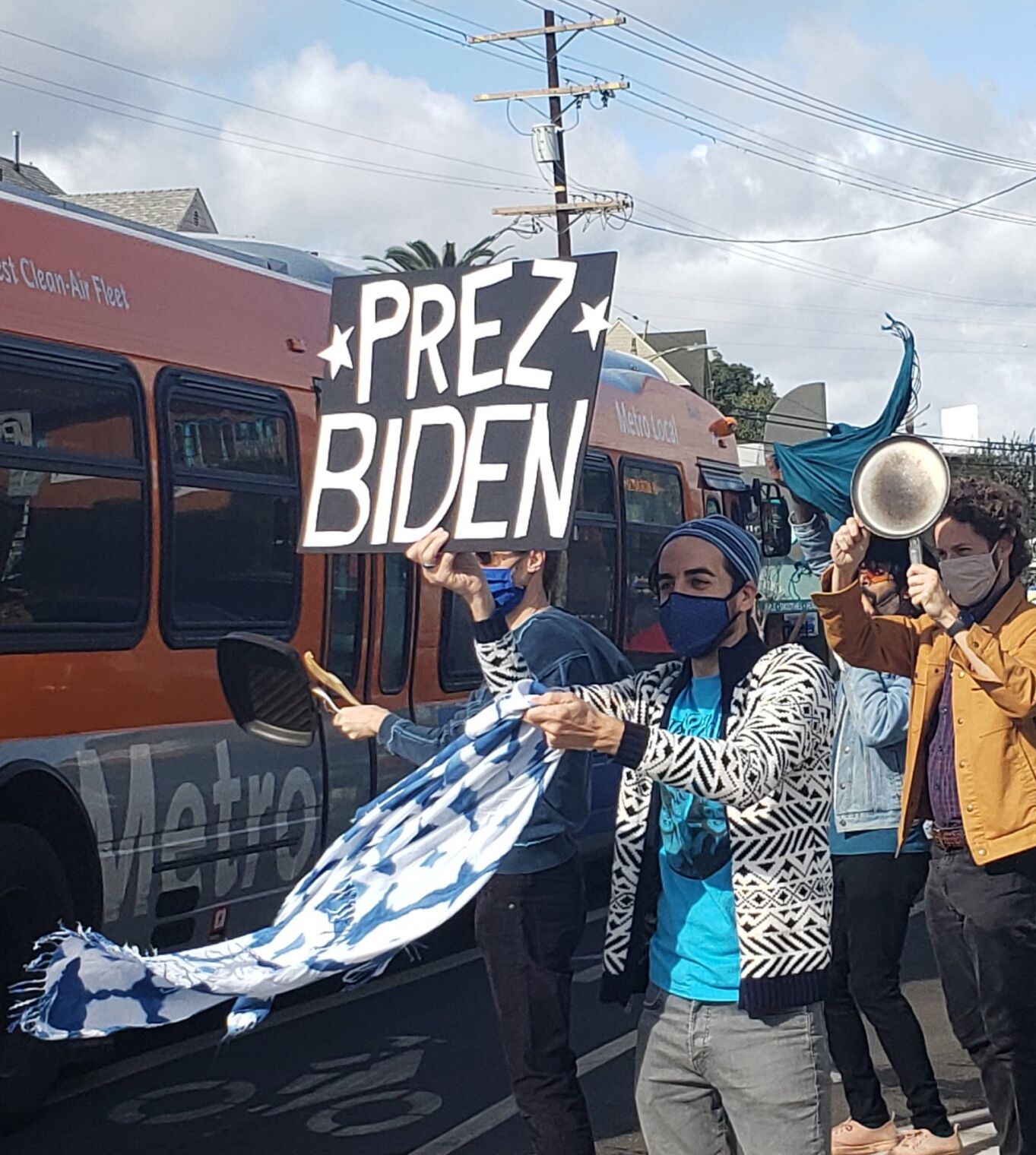 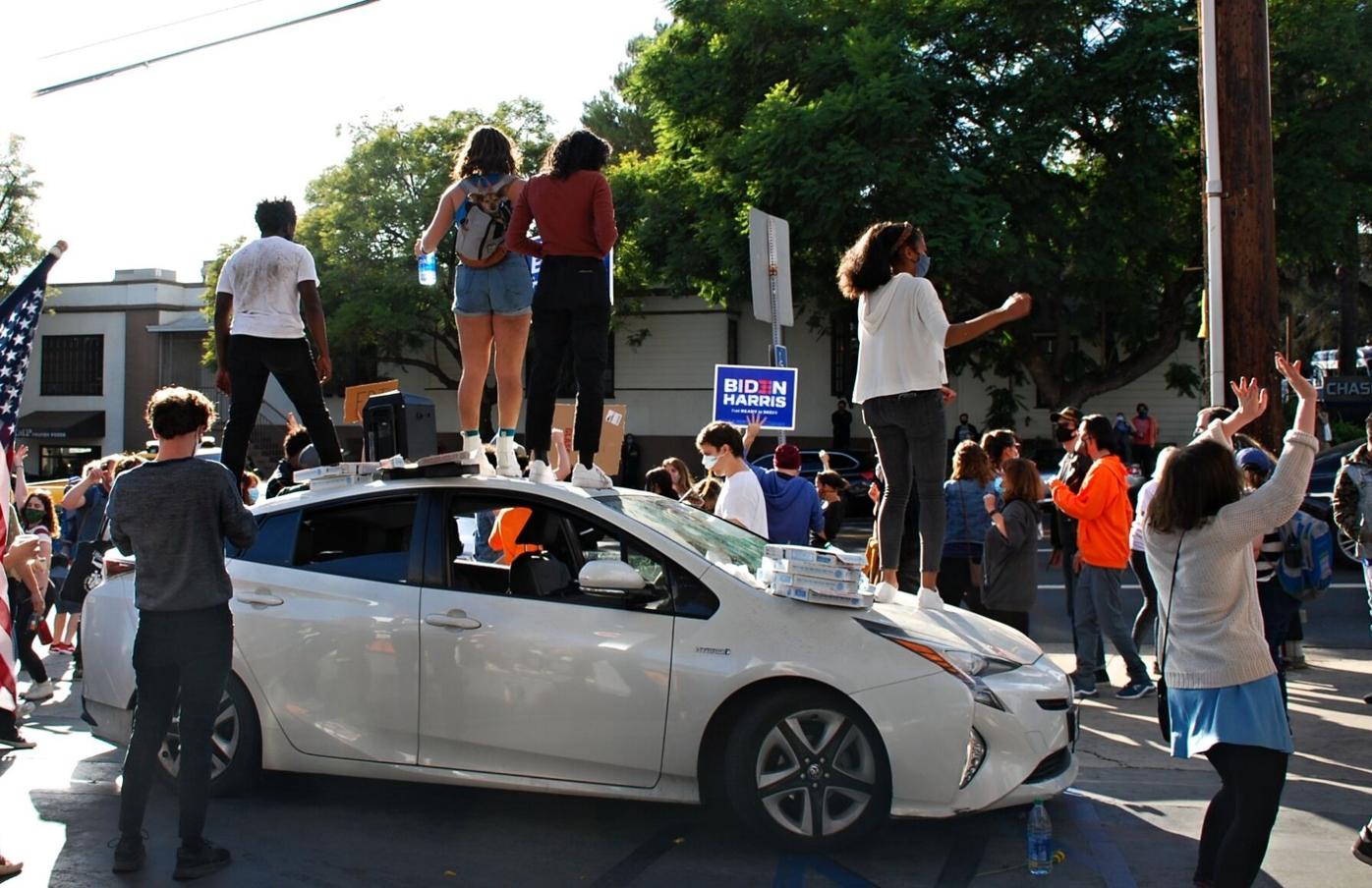 An impromptu sing-a-long of "Since U Been Gone" at a Los Feliz gas station celebration for Biden. 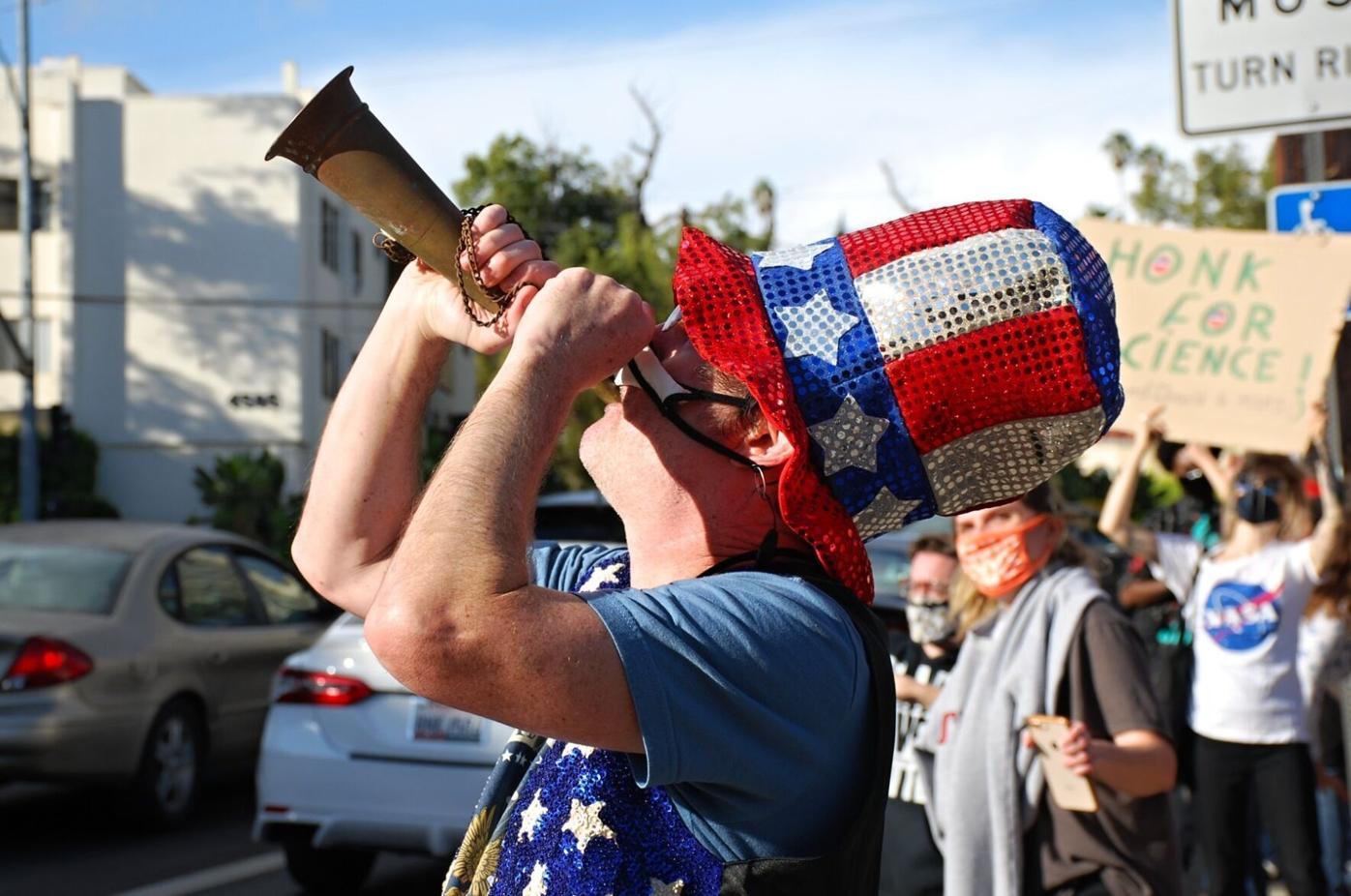 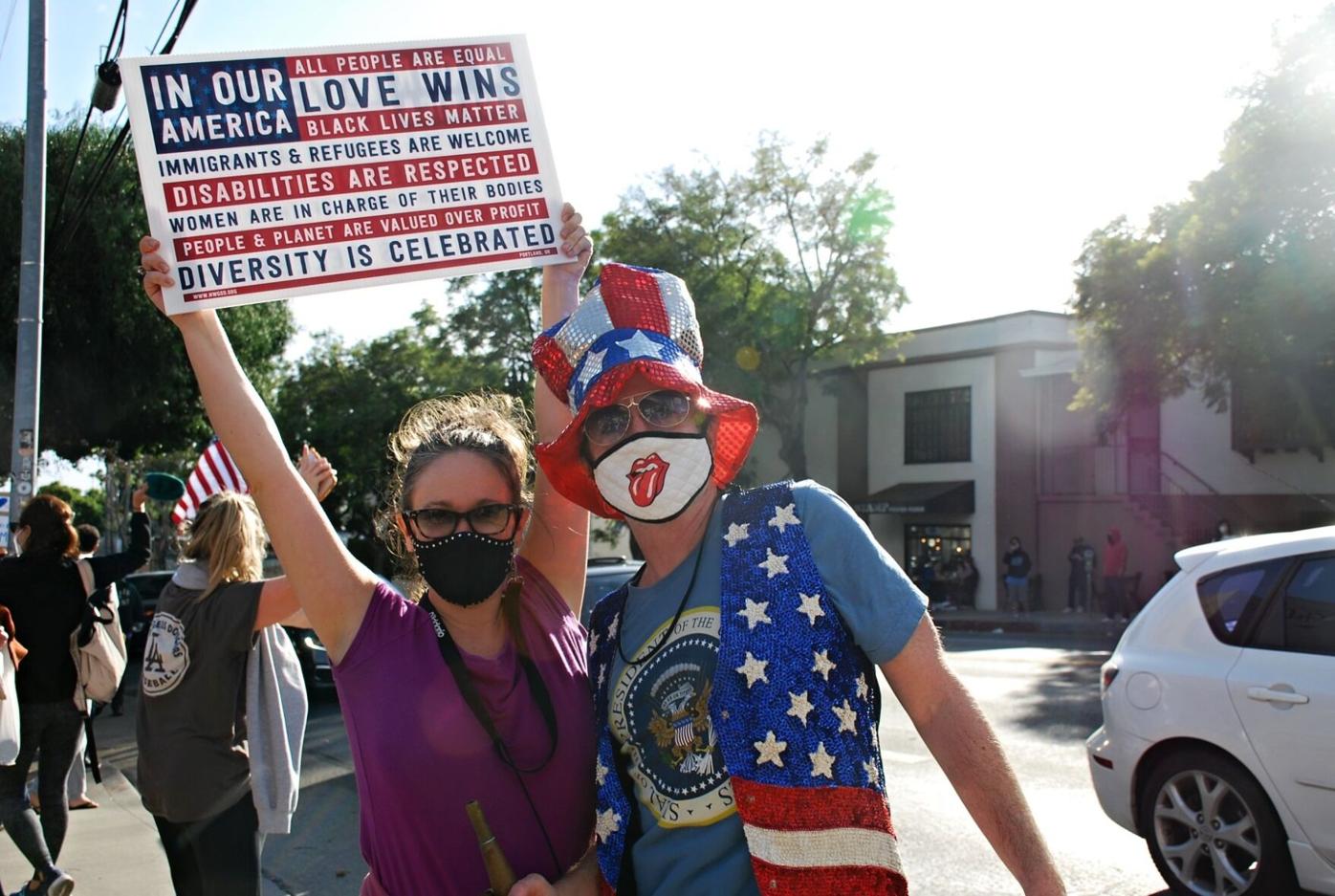 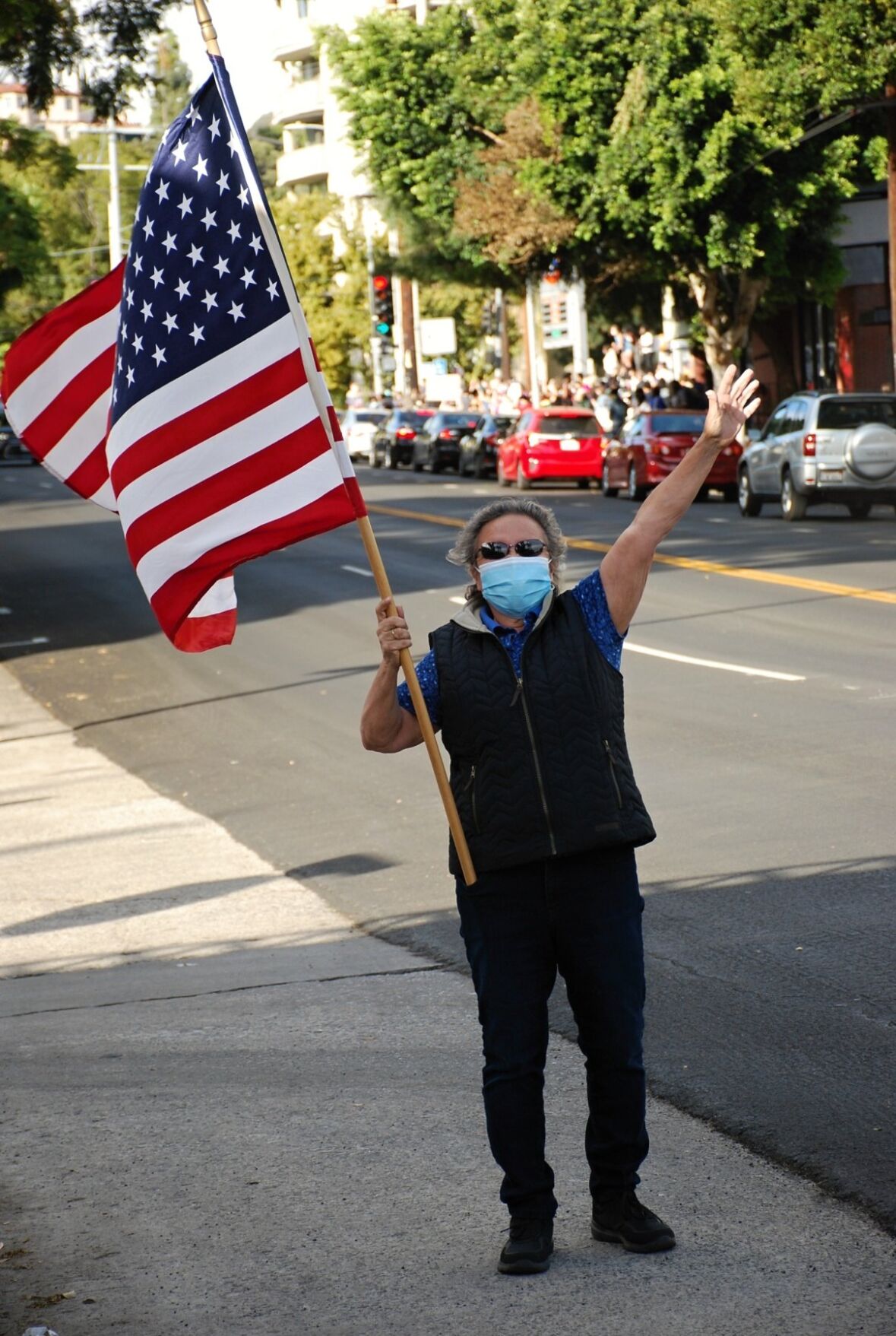 Dora Herrera, owner of Yuca's Tacos, waving a flat near her stand on Hillhurst.

Biden was declared the winner of the presidential election by multiple media outlets at around 8:30 a.m. PST after reports surfaced that he would win Pennsylvania's 20 electoral votes, putting him over the 270 needed to win the presidency.

The results are unofficial, and Trump promised legal challenges in numerous states where mail-in votes were still being counted after Tuesday, and where Biden had overtaken his lead.

"I am honored and humbled by the trust the American people have placed in me and in Vice President-elect Harris. "With the campaign over, it's time to put the anger and the harsh rhetoric behind us and come together as a nation. It's time for America to unite. And to heal. We are the United States of America. And there's nothing we can't do, if we do it together."

In Los Feliz, people danced on a car and sang to Kelly Clarkson's "Since You Been Gone" at a gas station station at Vermont and Hillhurst, where a large crowd had gathered.

"Bottles of champagne were popped and splashed on the crowds," said Brenda Rees who took photos of the scene.

Now everyone is singing along to Kelly Clarkson. pic.twitter.com/l6l2KdAQqf