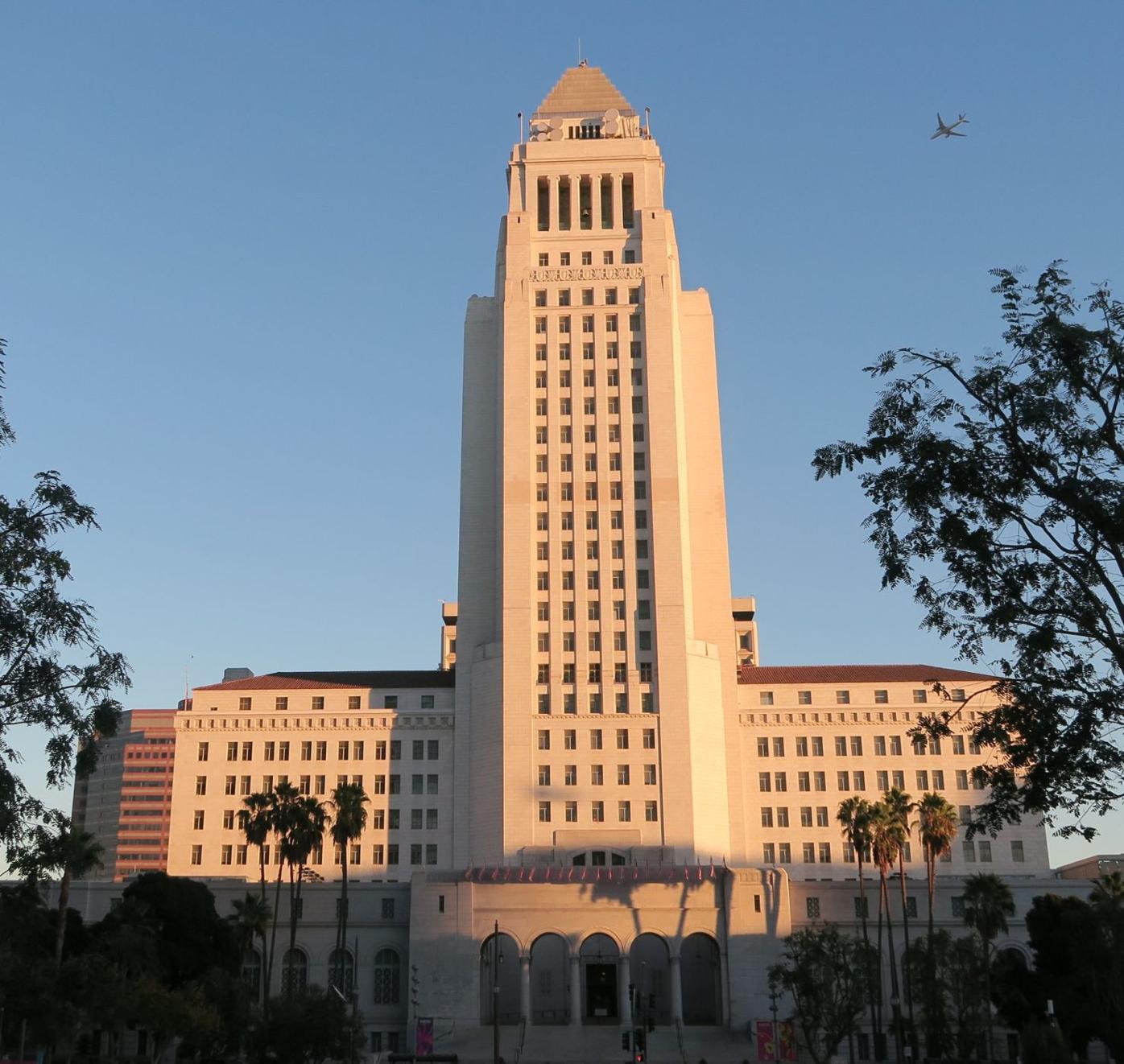 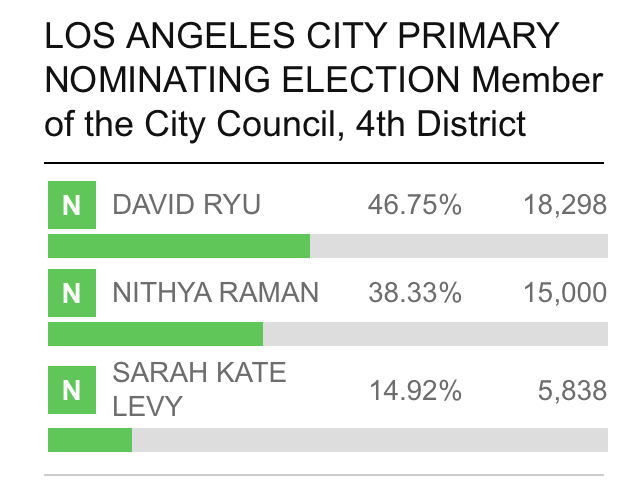 District 4 Councilman David Ryu appears to be headed into a runoff election based on preliminary results from Tuesday's election.

The first-term councilman, whose district includes Los Feliz and a portion of Silver Lake, claimed 46.75% of the vote, according to early results posted this morning on the county clerk's website. Ryu would need 50% or more of the vote to avoid a runoff election on Nov. 3.

In second place was Silver Lake resident and homeless advocate Nithya Raman with 38.33% while Sarah Kate Levy was in third with 14.92% of the vote.

Ryu was far ahead of his two rivals when it came to raising campaign donations and major endorsements, including that of the Los Angeles Times. But he was criticized during the campaign for his handling of the homeless crisis.

The L.A. Times also notes that some of Ryu’s decisions have riled progressives. That included his voted to reinstate restrictions on where people can live in their cars and when the City Council's Homelessness & Poverty Committee forwarded a new set of proposed restrictions on sleeping on sidewalks before he’d really had a chance to review it.

She also authored a report for the L.A. City Administrative Officer in 2014, showing how the city was spending over $100 million on homelessness, with most of the money going to jailing the homeless rather than finding them stable housing.

Levy’s public focus has been on housing and women’s issues.

She is president of the National Women's Political Caucus (LA Metro), and a volunteer with the Planned Parenthood Advocacy Project. She also belongs to the Democrats for Neighborhood Action, Heart of Los Angeles Democrats, Stonewall Democrats, and the Los Angeles Library Foundation board.