The Eastsider, as a community service, is providing free access to all news coverage of COVID-19. To strengthen our ability to keep our community informed during unprecedented times, we ask for your financial support. Click here for options. 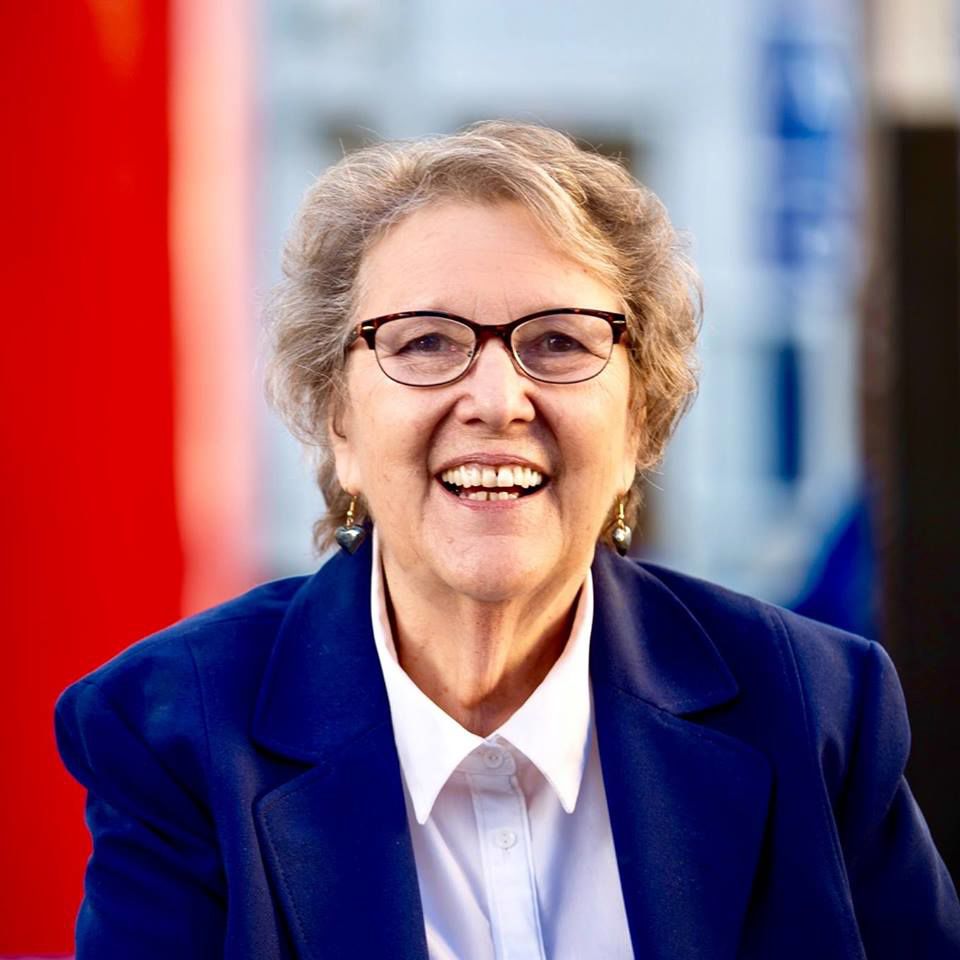 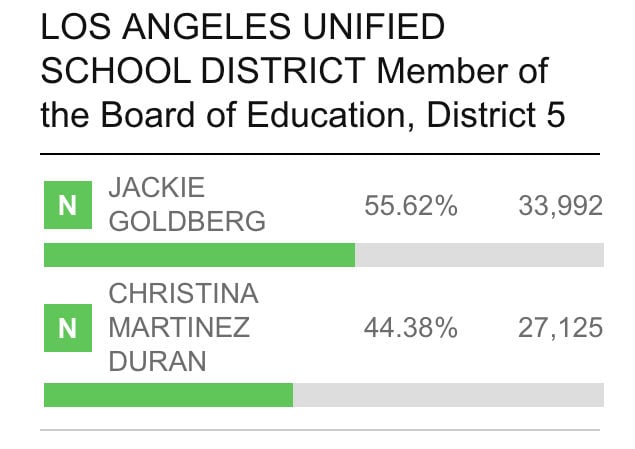 School board incumbent Jackie Goldberg fended off a challenge to represent District 5, which stretches from East Los Angeles and Los Feliz, after being targeted by a barrage of negative campaign mailers.

Goldberg, who lives in Elysian Heights, garnered 55.62% of the vote compared to 44.38% to her only challenger, Christina Martinez Duran, according to preliminary results from Tuesday's primary election.

Goldberg, a longtime opponent of charter school expansion, was targeted by pro-charter advocate Bill Bloomfield, a retired businessman who according to various reports infused more than $780,000 into the campaign against her.

In other school board races, two other seats on the Los Angeles Unified School District Board of Education are heading for November runoffs, although in one district, it's still uncertain which candidates will be competing.

All of the odd-numbered district seats were up for election Tuesday, with the District 7 seat wide open due to incumbent Richard Vladovic being termed out of the post that covers South Los Angeles, Gardena, Watts and San Pedro.

Unofficial results showed Patricia Castellanos leading the field and winning her way into the November runoff. The results also gave Tanya Ortiz Franklin a slight edge in the race for second place over former board member Mike Lansing. It was unclear, however, how many ballots remain to be counted in the district, and whether Lansing might be able to overcome his roughly 800- vote deficit.

That contest and others for the LAUSD board have revived the traditional battle between charter school backers and opponents.

Castellanos, a deputy for county Supervisor Sheila Kuehl, is being heavily backed by the teachers' union, United Teachers Los Angeles, and on Monday she scored an endorsement from presidential hopeful Bernie Sanders.

Lansing received financial backing from Bill Bloomfield, a pro-charter school advocate who has been dumping hundreds of thousands of dollars into the coffers of various candidates -- raising the ire of the teachers' union.

According to various estimates, the election was one of the most expensive in the district's history, thanks largely to the influx of donations from charter-school backers.

Bloomfield has also contributed to the campaign for Franklin, a former teacher who works with the Partnership for L.A. Schools.

The District 3 race in the western San Fernando Valley, meanwhile, became particularly volatile and will also go to a runoff in November. Incumbent Scott Schmerelson will square off against Granada Hills Charter High School staffer Marilyn Koziatek, who is backed by the California Charters Schools Association.

The association has spent heavily in the race in hopes of unseating Schmerelson. One ad in the race drew condemnation for depicting Schmerelson, who is Jewish, wearing a gold chain and waving a wad of money, while falsely accusing him of inflating his own salary. Schmerelson denounced the mailer as anti-Semitic.