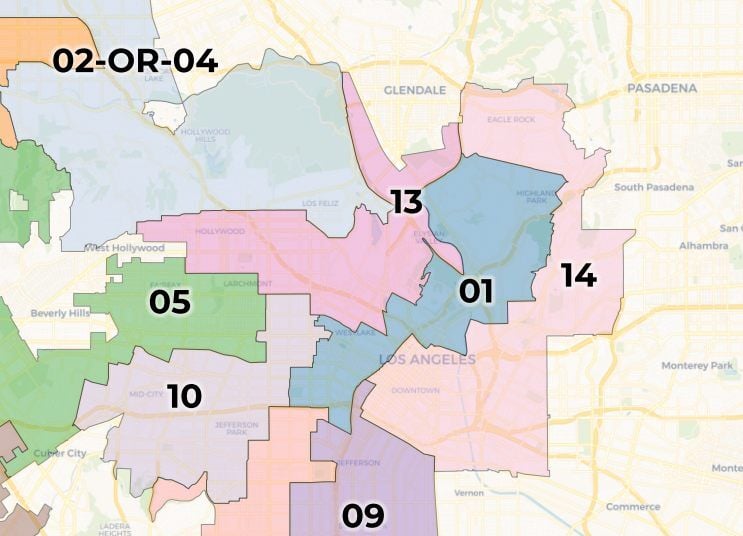 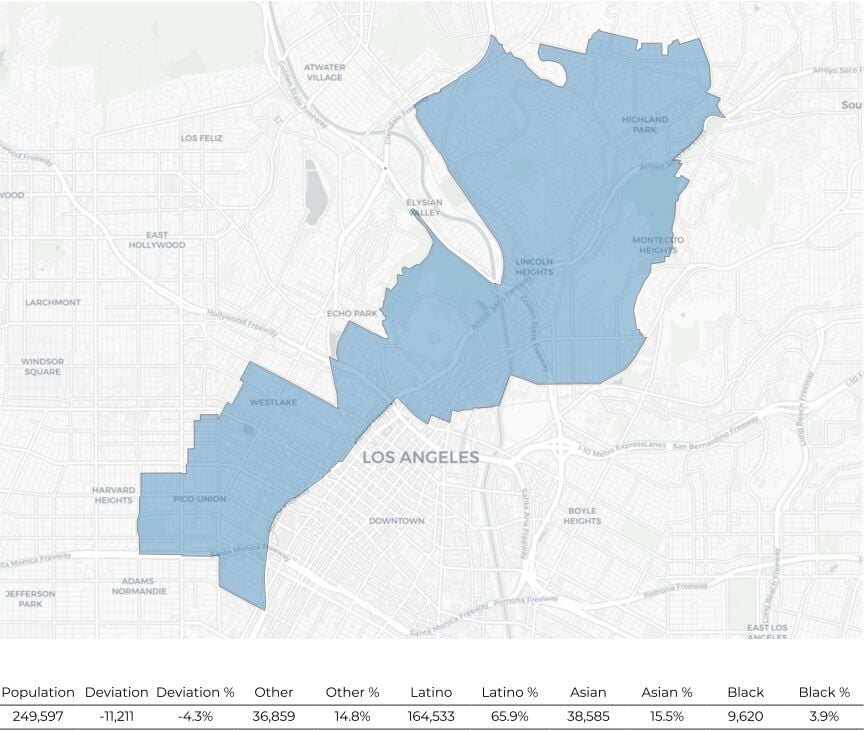 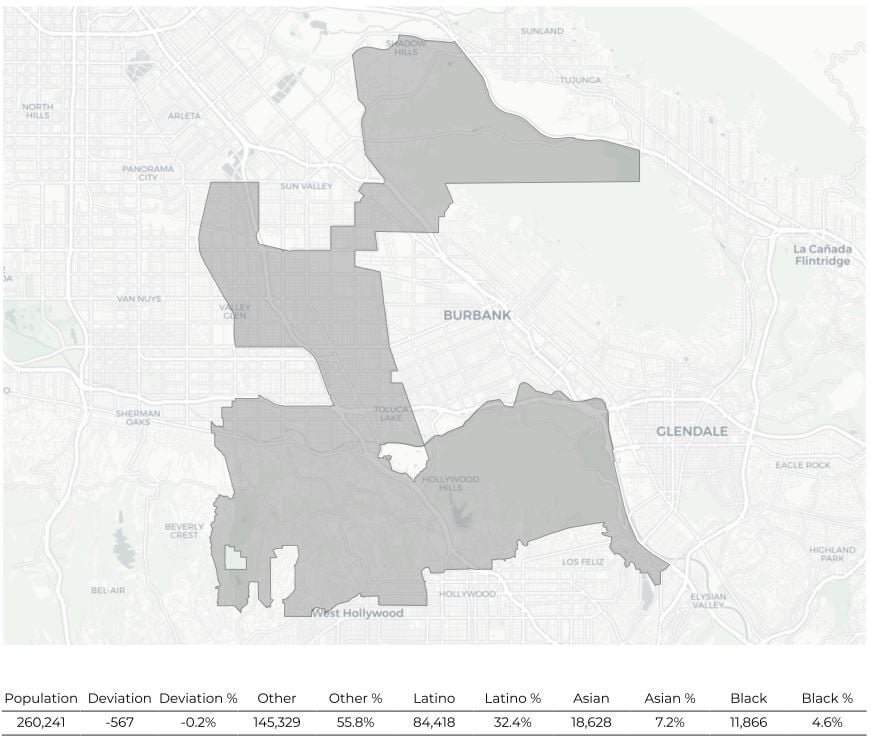 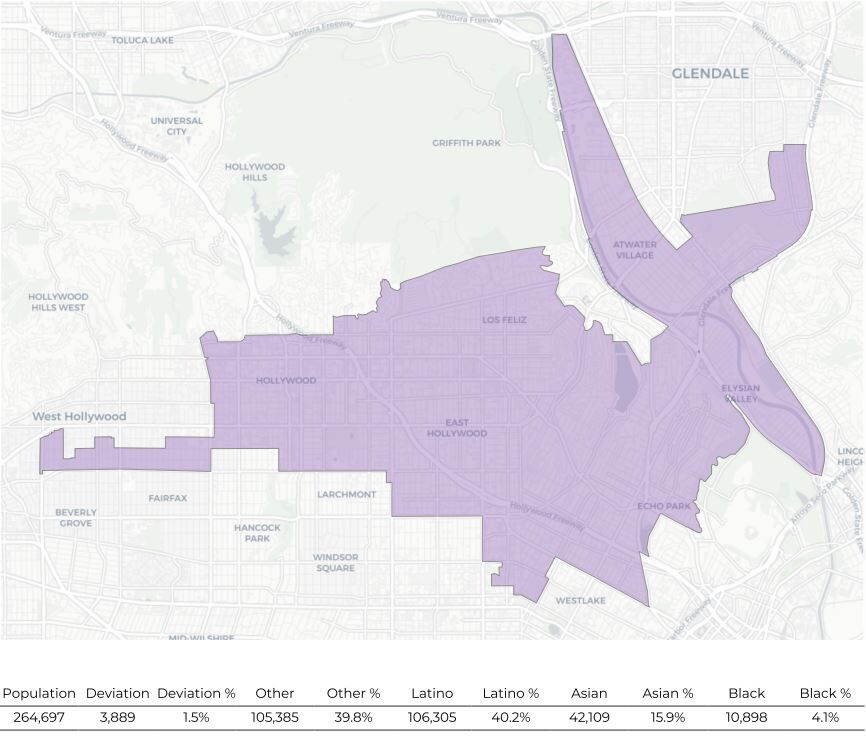 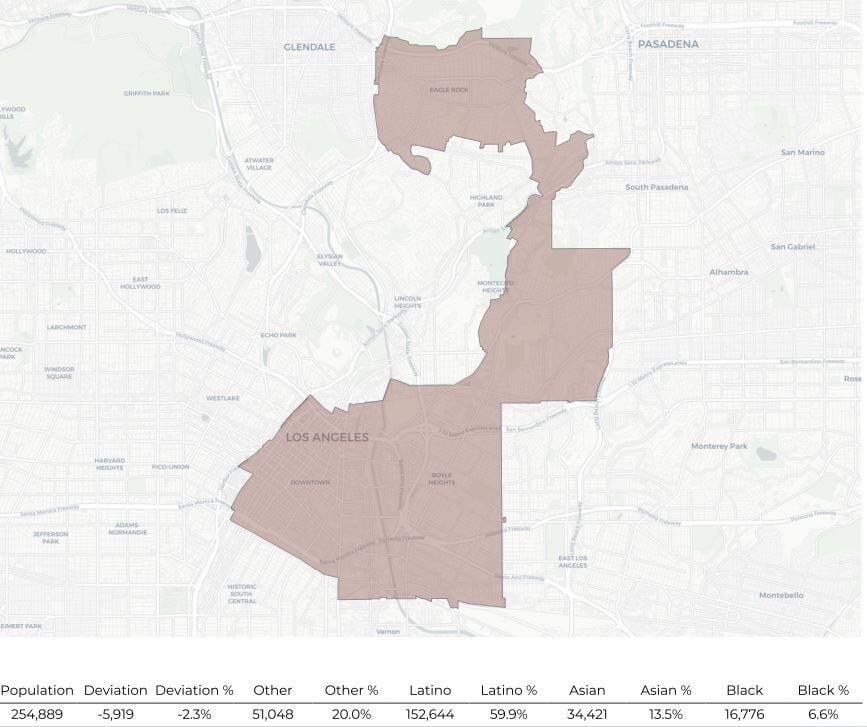 The maps were drafts of what L.A. City Council districts would look like over the next decade. After countless revisions, the LA City Council Redistricting Commission, which is overseeing this map making process, last Thursday finally selected a draft map -- officially known as Draft Plan K 2.5 -- to present to the public.

Most Eastside council districts would not change much. However, Council District 4 represented by Nithya Raman of Silver Lake, would see her territory dramatically shifted into new areas and away from neighborhoods that voted her into office less than a year ago.

The redrawing of council boundaries -- or redistricting - takes place every 10 years at the local, state and federal level. The process is linked to the latest census and changes in population, which fell across much of the Eastside.

Locally, the LA City Council Redistricting Commission is tasked with ensuring that residents have fair and equal representation at the City Council level.

The independent, 21-member body made up of political appointees from across the city, is guided by four goals:

• The various parts of a district must be connected to each other.

• The commission, to the extent possible, must minimize the break-up of neighborhoods.

• The commission must comply with the Voting Rights Act, a federal law meant to protect residents of color so they “have a fair opportunity to elect a representative of their choice.”

Redistricting is a process few people follow. Yet it “impacts your day-to-day, real life,” said Rick Taylor, a seasoned Los Angeles political consultant. It can mean how responsive a council district will be to responding to the average resident who has a problem with trash pick-up or a pothole in front of his or her house.

“You want to make sure you are represented by someone who has the best interest of your community in mind,” he said.

Political impact on the Eastside

Raman faces the biggest changes and challenges by far and she and her supporters are not happy about it.

If Raman was a political force her district might not have undergone such drastic changes, Taylor said. “Because she’s a newbie, they decided that’s the most changeable” district, he said.

“The good news is she has three and a half years to introduce herself” to new constituents, he said. The downside is building a base could be very difficult “because they may not be as progressive as those who elected her” and could also attract opponents.

The commission has set up four more meetings this month to gather comments from the public involving the draft map. The commission may modify the map based on those comments before sending a recommended version to the City Council.

Once in the hands of the City Council, additional public hearings will take place. The City Council and mayor have until December 31 to approve a map which goes into effect Jan. 1, 2022.

Councilmember were urging their supporters and constituents to weigh in.

"There is still a ways to go, and public engagement is crucial," said O'Farrell in a statement. "It's important that the commission continues to hear from residents across the City."

Here are the proposed boundaries for council districts 1, 4, 13 and 14 that had been recommended by the LA City Council Redistricting Commission. Go here for a more detailed street map version.  The public will be able to voice their reaction to these boundaries over for four meetings in October before the commission's final vote and then once again before the city council votes later this year.

District 1 represented by Councilman Gil Cedillo would not see many changes. The current district includes all or portions of Angeleno Heights, Cypress Park, Glassell Park, Highland Park, Lincoln Heights, Westlake and other neighborhoods.

District 4 represented by Nithya Raman would see the most dramatic boundary changes. The changes were so great that the commission labeled it as District 2 or District 4. The current district includes all or portions of Los Feliz, Silver Lake, Hollywood Hills and other neighborhoods.

District 13 represented by Councilman Mitch O'Farrell would not see many changes. The current district includes all or portions of Atwater Village, East Hollywood, Echo Park, Glassell Park, Silver Lake and other neighborhoods.

District 14 represented by Councilman Kevin De Leon would not see many changes. The current district includes all or portions of Boyle Heights, Downtown LA, Eagle Rock, El Sereno and other neighborhoods.

CD 14 and CD 1 boundaries are changing.[scared] CD 1, Gil Cedillo's district has gobbled up part of CD 14 in Highland Park. This happened when Elysian Park asked for a boundary change. When they did this, they also pushed CD 1 into CD 14 in Highland Park. It also happened because CD 1 lost more population in the Census than CD 14. (There was an under count) Additionally, they allowed more of Eagle Rock to become part of CD 14 and part of Lincoln Heights as well. So now CD 14's de Leon will now only represent 25 percent of Highland Park and CD 1's Gil Cedillo will represent 75 percent of Highland Park. The current boundaries have about a 50/50 split. So a bunch of people in Highland Park will have a council member they did not even vote for. They are not happy. That CD 14 portion of Highland Park will see their influence diluted. Last night, well over a dozen Highland Park residents spoke against this map. See a detailed map here: https://districtr.org/edit/57312?event=mapsofla

You can overlay the current boundaries by clicking data layers.[scared]