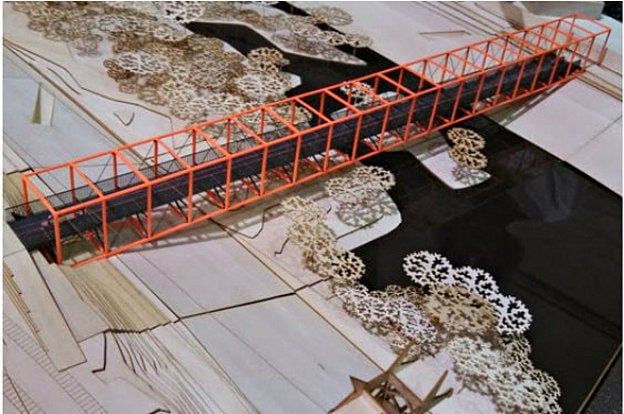 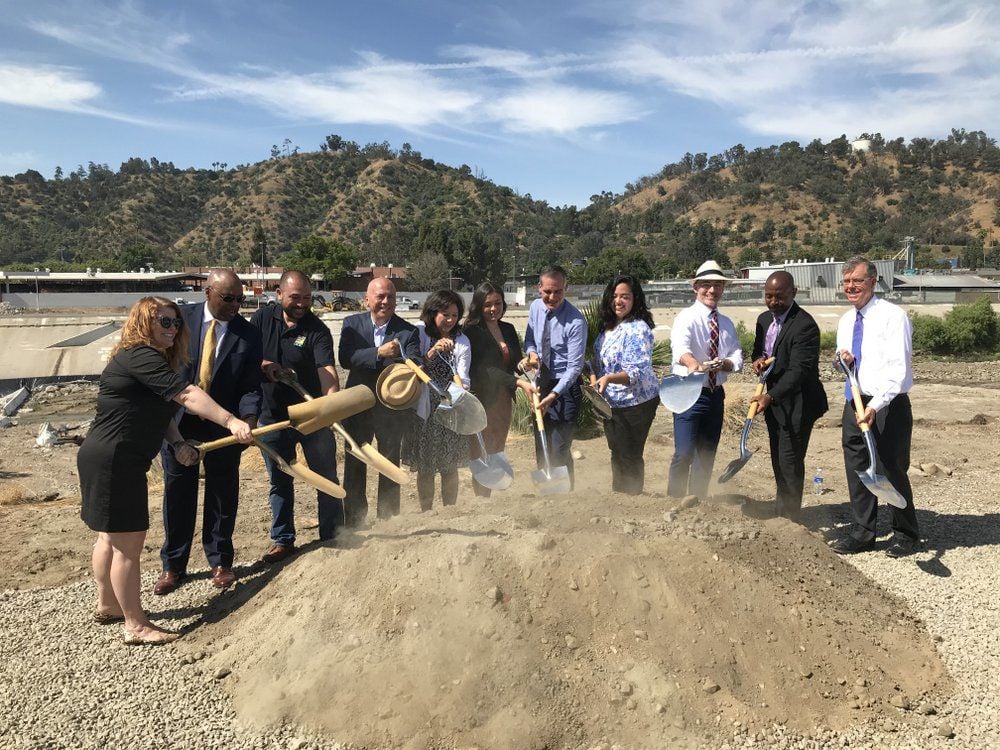 City Officials -- including Mayor Eric Garcetti and Councilman Mitch O'Farrell -- this morning held a ceremonial groundbreaking for the Taylor Yard Bicycle and Pedestrian Bridge that will span the L.A. River, connecting Cypress Park and Elysian Valley.

Preliminary work had already begun before today's ceremony for the 400-foot-long, orange structure, which is one of a trio of new river bridges now under construction in the area. Instead of being designed for motor vehicles, the new spans are intended for pedestrians, cyclists and, in one case, equestrians.

"The idea to connect the river communities of Cypress Park and Elysian Valley has been almost three decades in the making," said Councilman Mitch O'Farrell in a statement. "The Taylor Yard Bridge is a critical piece of connectivity at the L.A. River, giving Elysian Valley residents a healthier pedestrian route to access the communities. This has been a vision worth working for all these years.”

The $20.6 million bridge -- which will cost much more than originally expected -- is being paid for by Metro and is scheduled to open in early 2021.  The Cypress Park end of the bridge will be near the Rio De Los Angeles State Park and the new homes and apartments that make up the Taylor Yard Transit Village. In Elysian Valley, access to the new bridge will be near Riverdale.

For pedestrians and cyclists, the metal structure will create a much more convenient link between Cypress Park and Elysian Valley.  “I believe in bringing people together and this bridge will allow communities on both sides of the river to share in all the river has to offer now and in the future," said Councilman Gil Cedillo in a statement

However, in the near future, the construction of the bridge is going to result in the temporary closure of the L.A. River Path in Elysian Valley and also shorten the kayaking run in the L.A. River this summer.

Cool bridge! Who designed it?