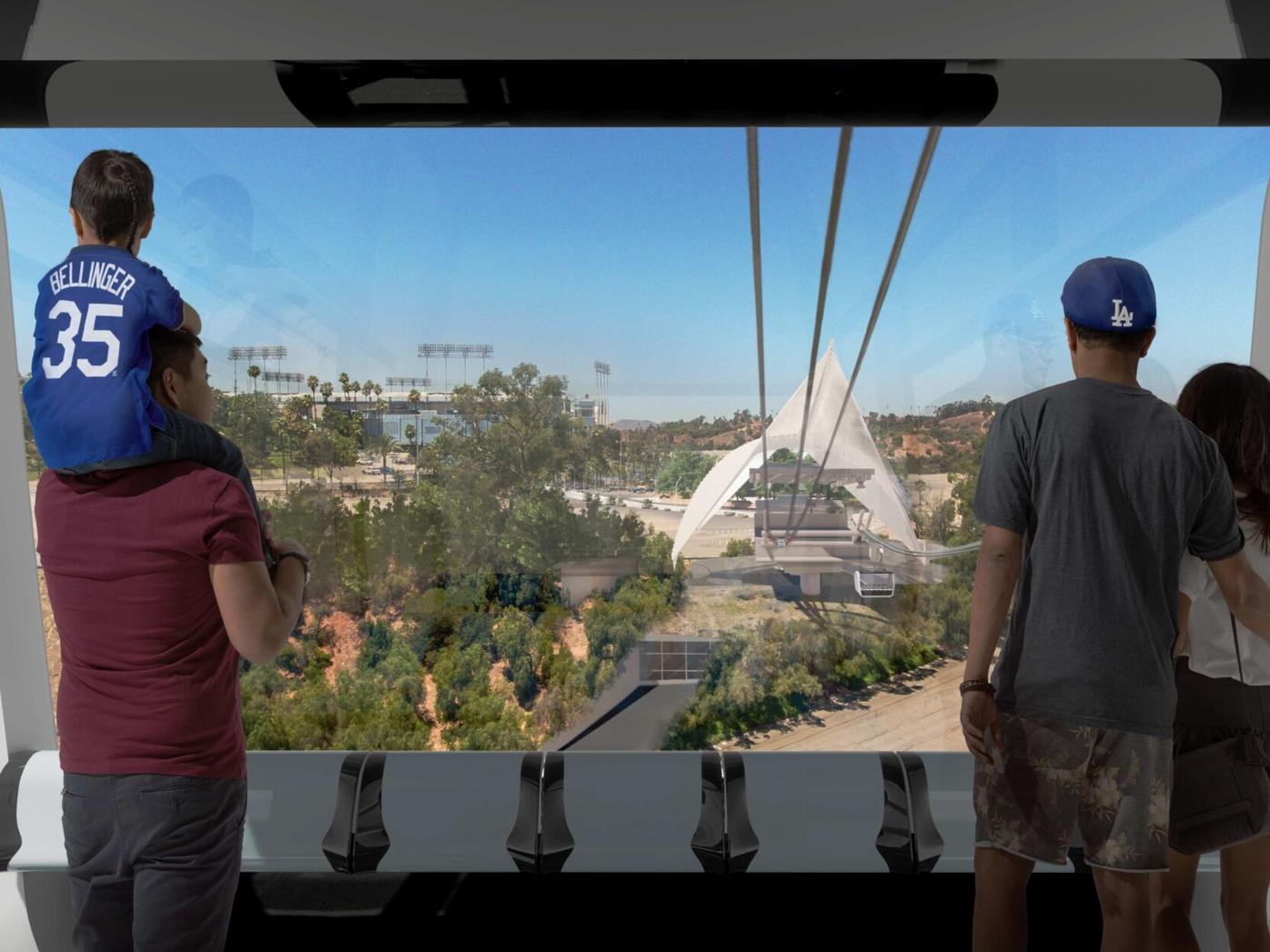 Rendering of the gondola approaching a station at Dodger Stadium. 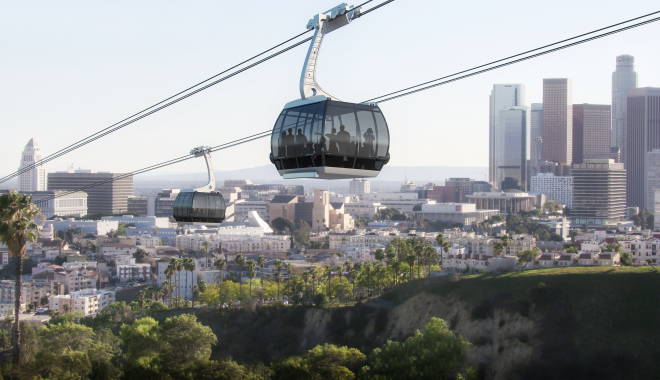 The company proposing to build a gondola from Union Station to Dodger Stadium announced today it has settled on a route that would take the aerial tramway generally above Alameda Street through Chinatown and include a station at the foot of Los Angeles State Historic Park.

Officials with Los Angeles Aerial Rapid Transit said they were abandoning a second alternative route that would have taken the gondola system generally along Spring Street.

According to LA ART, the preferred route known as the Broadway Alignment would take the gondola from Union Station to an intermediate "Chinatown/State Park Station," then continue to Broadway and then turn toward Dodger Stadium. The intermediate station would be close to the Metro L (Gold) Line station in Chinatown.

Officials said the architectural design of the intermediate station would "incorporate local community cultural elements as well as a community art program," and would include "benefits for the Los Angeles State Historic Park including proposed visitor-serving entrance improvements."

The selected route will now be the focus of an ongoing environmental impact report on the project being conducted by the Metropolitan Transportation Authority. The draft EIR is expected to be released for public review this fall.

LA ART has said the environmental review and approvals process could be completed by 2022, allowing construction to start as early as 2025 and become operational before the 2028 Summer Olympics.

The gondola system could move up to 5,500 people per hour in each direction, meaning more than 10,000 fans could be transported to Dodger Stadium in the two hours before the start of a game or event, LA ART stated.

The aerial system would get fans from downtown to Dodger Stadium in about seven minutes.

"Connecting to the region's transit hub at Union Station, above Alameda Street near El Pueblo de Los Angeles, LA ART would serve all Dodger home games and special events at Dodger Stadium for its game-time service including timed-entry reservations to encourage fans to utilize this unique transit to the game," according to the company. "It can also operate daily to serve community members, Los Angeles State Historic Park and Elysian Park visitors, and tourists -- creating a critical new zero-emission first-last mile link to the region's transportation hub at Union Station."

Terrible idea. The State Historic park took forever to come to pass and the city is looking to impede on it to make room for a ridiculous gondola scheme. If the gondola system was meant to alleviate the traffic situation in Los Angeles, that might be something to work with...but this is to get people to baseball games, of all things.

I just don't believe an aerial tram would transport 5,500 people an hour to Dodger Stadium. Not for one second do I believe that, it would be less than 1,000. And one way would probably be 25.00, or maybe 35.00. Not buying their pitch.

Right you are! Not even close to that -- they alwaye inflate these kind of numbers, but this is a lot of inflating. And take longer than the existing shuttle buses from Union Station because they plan to make a stop at the Gold Line one station up from Union Station, wasting time getting to the stadium rather than let those riders go one more stop to Union Station.

I would NOT want this over my home or business.

Visual blight. Totally unnecessary. No gain in time to get to the stadium. Offensive.