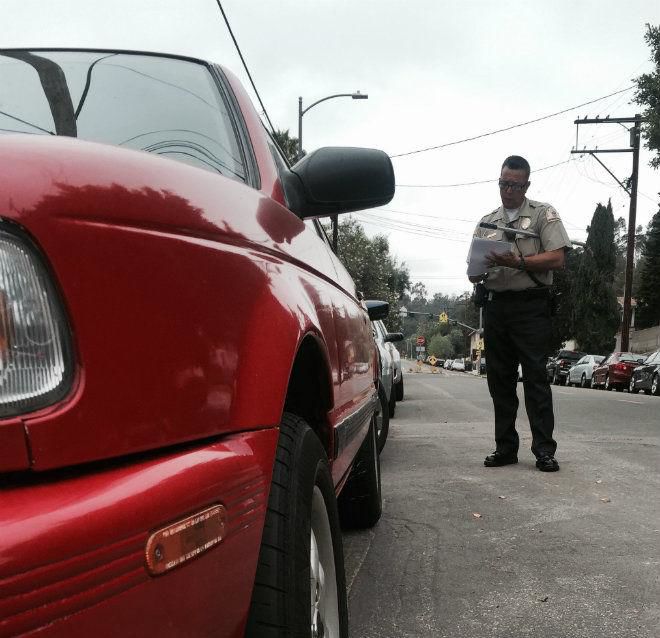 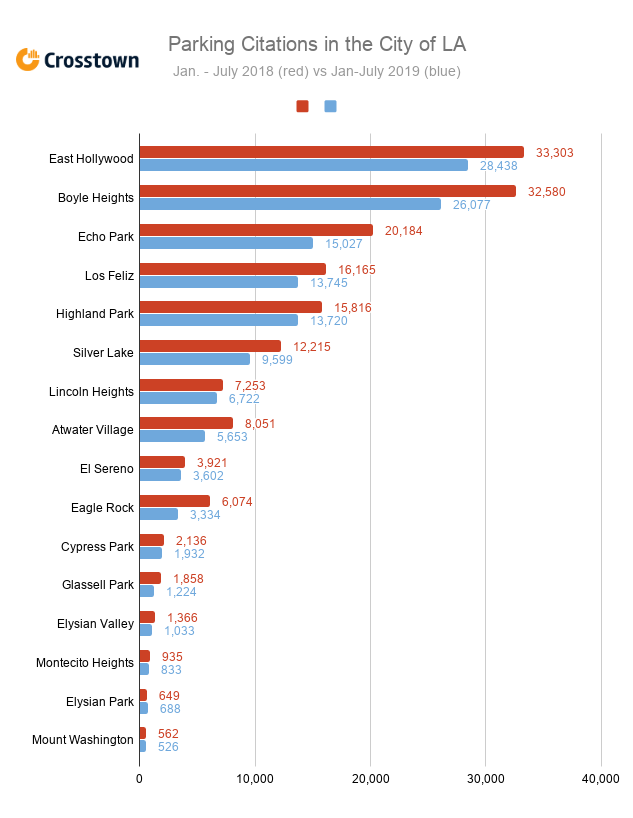 Parking Citations in the City of LA

The number of parking citations issued by officers in Eagle Rock during the first seven months of this year plunged about 45% compared to same seven months last year,  according to an analysis of city data by researches at USC.

Officers in Eagle Rock wrote 3,334 parking tickets between Jan. 1 and July 31 of this year compared to 6,074 during the same period last year, said Crosstown, a joint project by several departments at USC.

Apparently traffic officers in Eagle Rock and other L.A. neighborhoods have been too busy with other duties to slap as many tickets on windshields this year as they did in 2018, according to officials.

Citywide, the number of parking citations issued between Jan. 1 and July 31 dropped 13.1% from last year to 1.07 million (yes, that's more than a million tickets). But Eagle Rock was among several Eastside neighborhoods that showed much steeper declines in parking tickets, which are issued for everything from street-cleaning-day to expired-meter violations.

Even in parking-challenged East Hollywood, which had the most citations among the neighborhoods we track, the number of parking tickets issued during the first seven months of the year fell nearly 15% drop from 2018 levels to 28,438.

What explains the drop?

Some of it has to do with the employees of Los Angeles Department of Transportation "being stretched thin," said Crosstown. About 20% of staff positions are vacant while the remaining workers need to tend to requests to remove abandoned vehicles, oversee special event traffic management and as well as issue parking tickets.