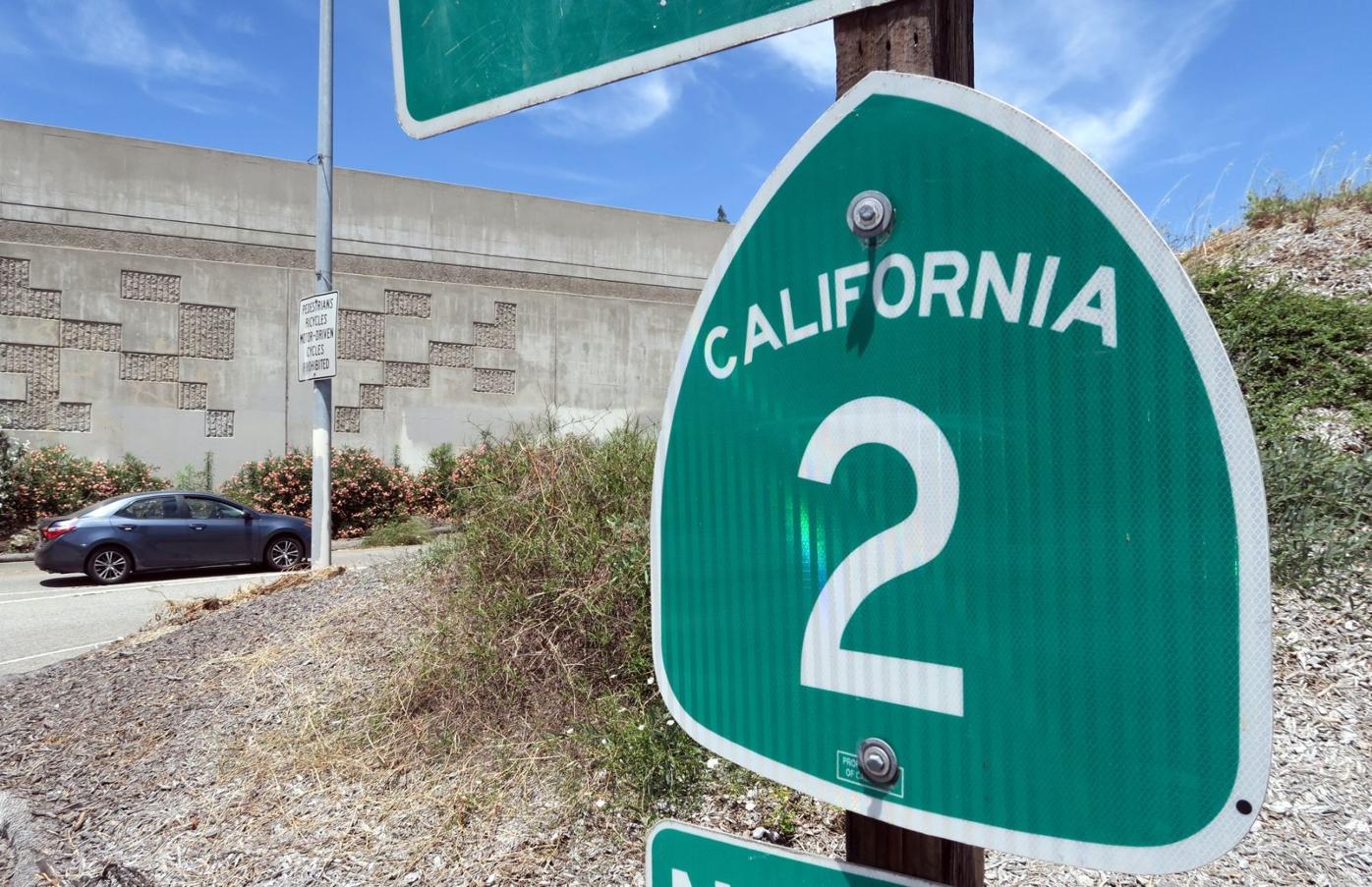 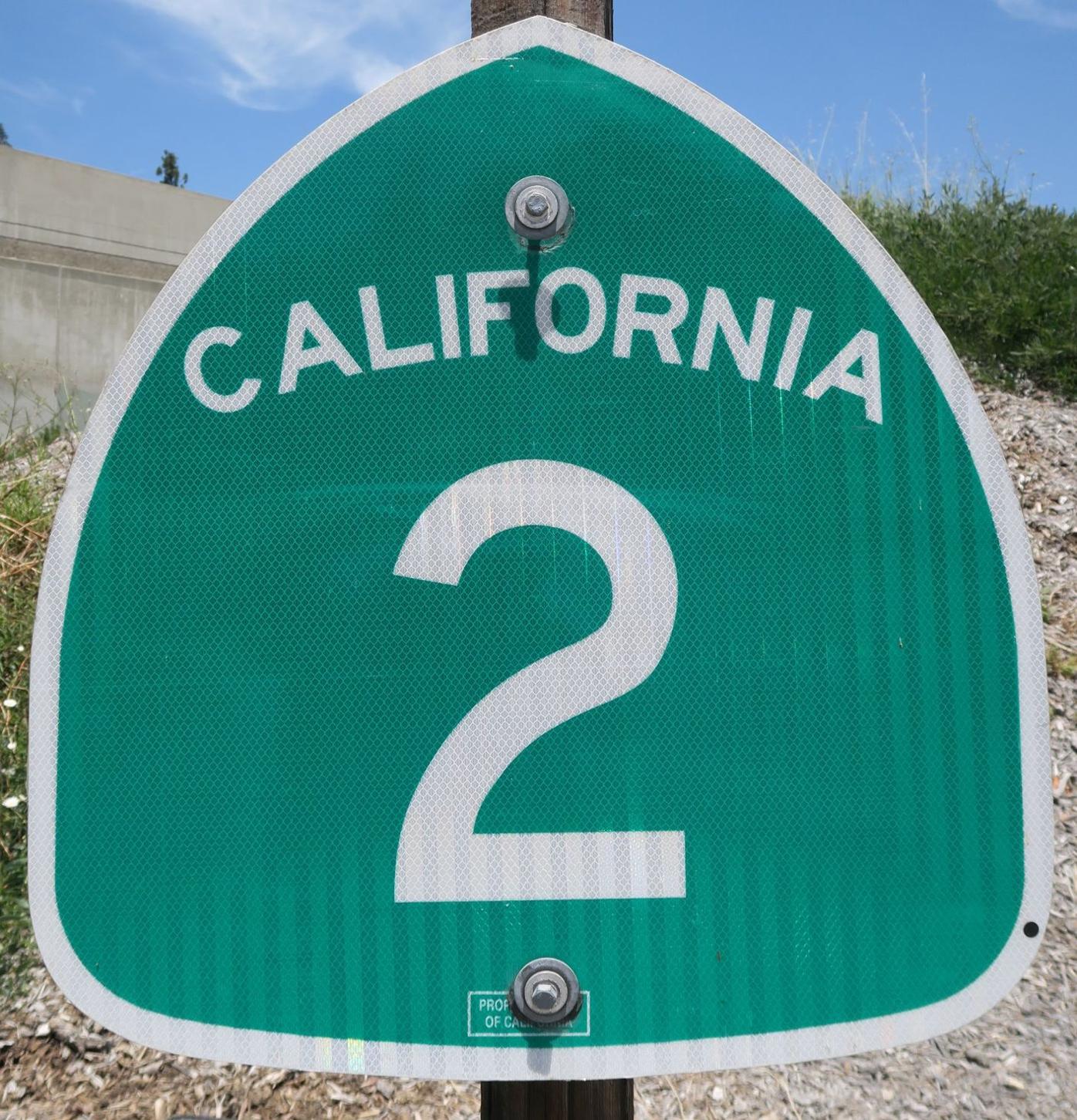 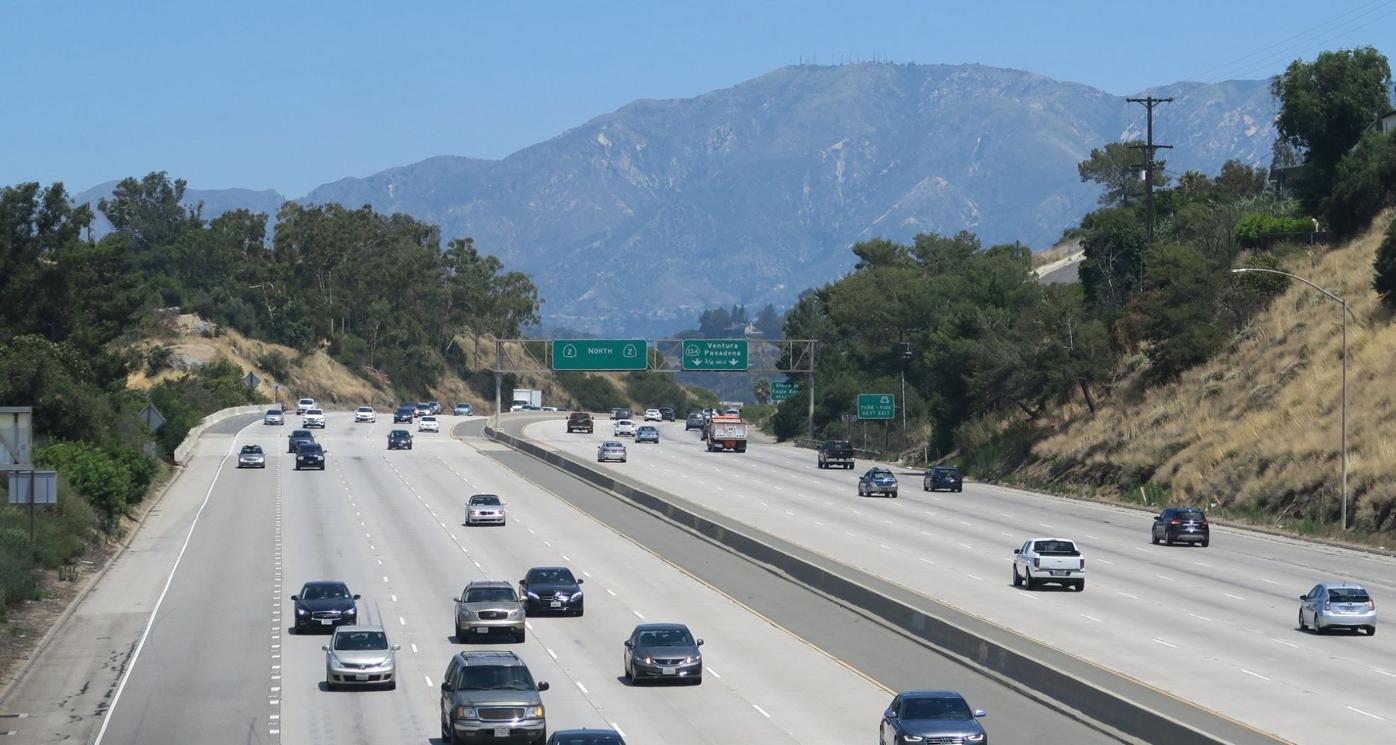 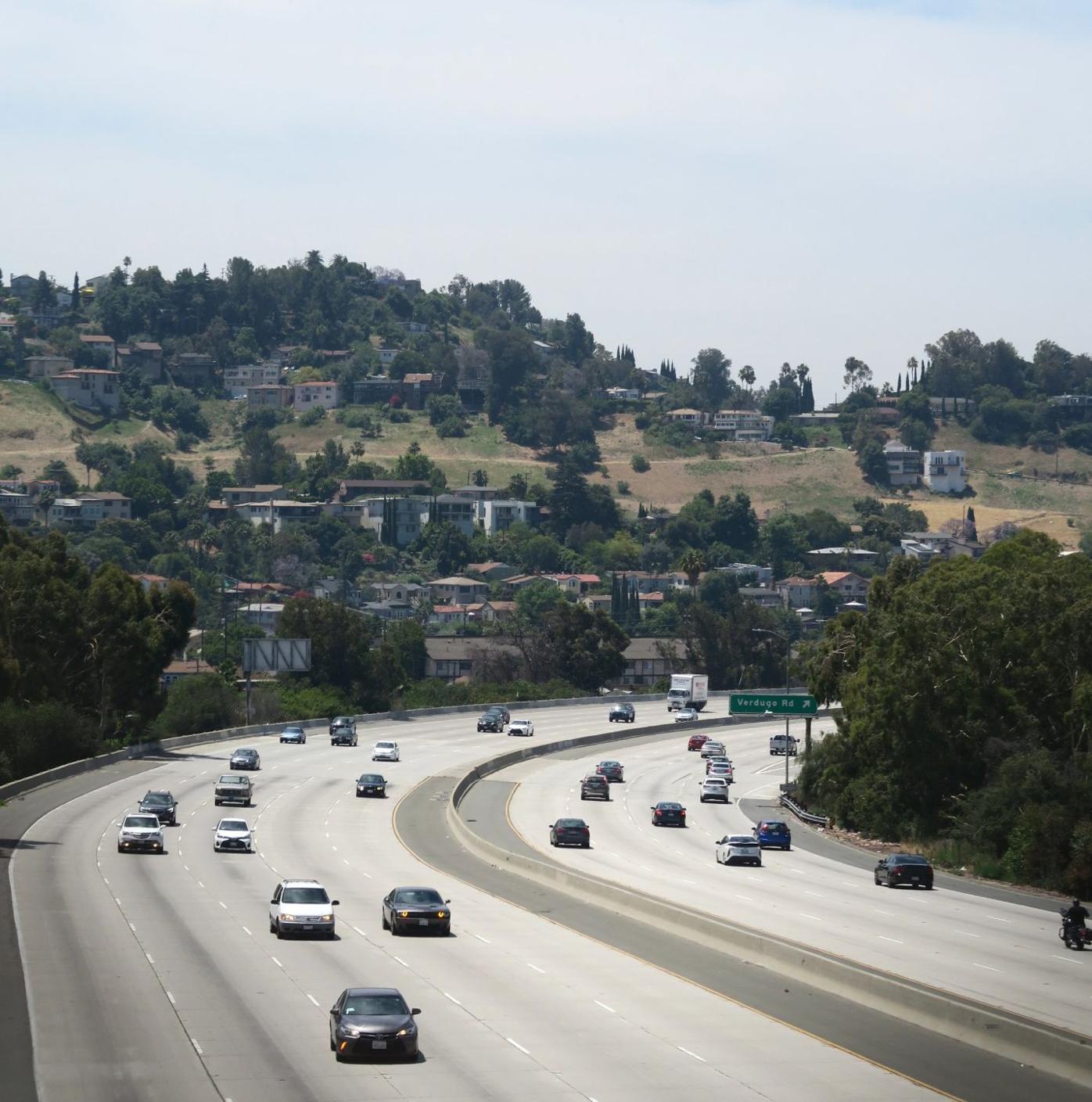 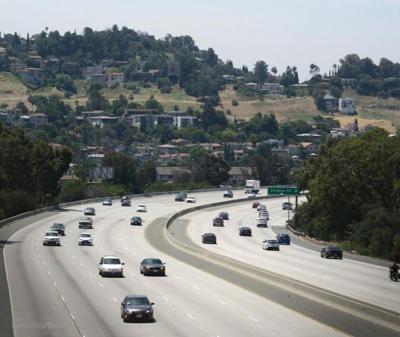 There is nothing more pure for a seasoned Los Angeles driver than swooping up and over on the most glorious freeway ever constructed – the State Route 2 (SR2), or known to us in Northeast Los Angeles who love it, The 2.

The 2. The Glendale Freeway. The Beloved 2. The 2 Above Them All. The Freeway That Always Makes You Wish You Had a Convertible. The 2 That Takes You Away.

As a route, the SR2 extends beyond our NELA boundaries – but, as it traverses its way from the frenetic streets of Santa Monica through Beverly Hills and West Hollywood (How is this congested boulevard The 2?) it really only gets really interesting when it hits our turf. This is where The 2 throws off its unassuming cloak of ordinary and transforms into an engineering marvel that promises – and DELIVERS – an exhilarating driving experience with matching natural scenery. (Sorry, 110 Arroyo Seco Freeway. Sure, you have quaint light fixtures and really nice bridges, curvy stretches and knuckle-biting on-and-off ramps, but for wide-open driving pleasure, The 2 puts you in the back seat.)

Merging transitions is just one of the many reasons to embrace The 2 as The Freeway Most Like An Airstrip. A steady climb leads to a beautiful curving transition lane from the westbound 134 to the North 2. However, the ascent into the atmosphere from the eastbound 134 to the North 2 is adrenaline-charged aeronautical dramatics. Driving-like-you-are-flying does not get any better than leaving La Canada on The 2 southbound heading into NELA. Flanked by the San Rafael Hills, that are currently dotted with white buckwheat, flowering yuccas and orange stringy dodder aka “witches hair”, the supreme view of Downtown unfolds as you descend. Go ahead. Gasp.

Going south to north paints a different story, one of enticing adventure. Enter The 2 off of traffic-choked Glendale Boulevard on the border of Echo Park and Silver Lake and suddenly, you are transported onto a highway to heaven. Through Glassell Park, Highland Park and Eagle Rock, you follow a wide open ridge through eastern Glendale. The official Glendale Freeway culminates at La Crescenta Valley, but SR2 continues for a short spell on the Foothill Freeway and then off at Angeles Crest Highway for a wind-y good time through the verdant and wooden San Gabriel Mountains, where it meets its termination at the edge of Victor Valley in the Mojave Desert.

Our Beloved 2 in NELA-land has come late to the freeway game as far as Caltrans was concerned. The first segment was built in the 1950s and ran from just west of the Los Angeles River to Avenue 38. At one time, it was called the Allesandro Freeway because of its close proximity to Allesandro Street. Five lanes in both directions crossed the Los Angeles River.

The section between the Ventura (134) and Foothill (210) Freeways was largely completed in 1973 but not fully finished until spring of 1978. (Five years? Really?) Hollywood took advantage of this mostly completed but closed and empty freeway as a location for such TV Shows as Adam-12, Emergency!, CHiPs as well as feature films Corvette Summer, Coffy, Death Race 2000, Hardcore, The Gumball Rally and Cannonball.

At one time, city planners envisioned the route to have continued through Echo Park and Silver Lake all the way to the Hollywood Freeway. But those plans fell to the wayside, which kept the Beloved 2 somewhat disconnected from the tangle of other freeways.

Let us all pay closer attention as we transport ourselves on The 2, admiring the views, the clean construction lines, the often emptier lanes of traffic. But watch out for wildlife – deer, possums and raccoons have been known to linger at the side of the road, and unfortunately, a mountain lion was killed while trying to cross The 2 back in 2014. Our spirits can soar with the eagles on The 2, but let’s keep eyes on the road on this magnificent engineering marvel.

Brenda Rees is a writer who lives in Eagle Rock

Having moved there in 1969, with many structures already demolished, that hill was something of a playground area as it had partially returned to a natural state. The actual construction project was one of the most devastating human acts of pure stupidity I have ever witnessed up close. Those hills should have been preserved for open spaces as they were instead of becoming another corridor for the ever increasing nightmare of people zipping back and forth. But this is just more of the concrete road to ruin in the Bear Flag Republic.

Nice story. I worked for the California Division of Highways (now Caltrans) when they built the 2. Sadly you should have seen the beautiful homes torn down in Eagle Rock to build it.

Very cool article; coming down from La Cañada with the elevated view of dtla is awesome

Take The 2 has been my own personal motto for as long as I can remember! Don't think I've ever read a better tribute to the freeway I adore! #Takethe2

Tom is right. But forgetting that for a moment, the 2 freeway has always been my fav. Last night, I drove from La Canada to SL, whizzing all the way down to the Fletcher offramp. (It's very important during busy times to exit at Fletcher because that's where it get's backed up) Great story & pics! OH, and there's a homeless guy who hangs out with a 7 year old cat on his shoulder at the SB exit of the Fletcher offramp. Saw him 2 days ago. He leaned into my open car window as I pulled out a couple of bucks. Wanted me to have a pic of him with his cat. The cat growled at me! Yes, really!

A whole article about the 2 without a mention of Frank Lanterman?

Actually, it was not envisioned to go merely to the Hollywood Freeway. It was to go all the way across to Santa Monica, right through Beverly Hills, following Melrose Avenue. Beverly Hills put up such a big fight that the plan collapsed, and so the freeway ends at Glendale Blvd. Much of the property to extend it through Silver Lake already had been purchased. Then state Senate Speaker David Roberti arranged for that property to be sold at cost to the tenants living there, a notably lower price than it would sell for at that time. That sale included restrictions on how much the buyer could sell it for over the next 20 years, so they could not make a windfall profit on the good deal the state extended them, and so as to make for low-income housing over that period. The lack of that freeway as east-west is why the Santa Monica Freeway is so congested.