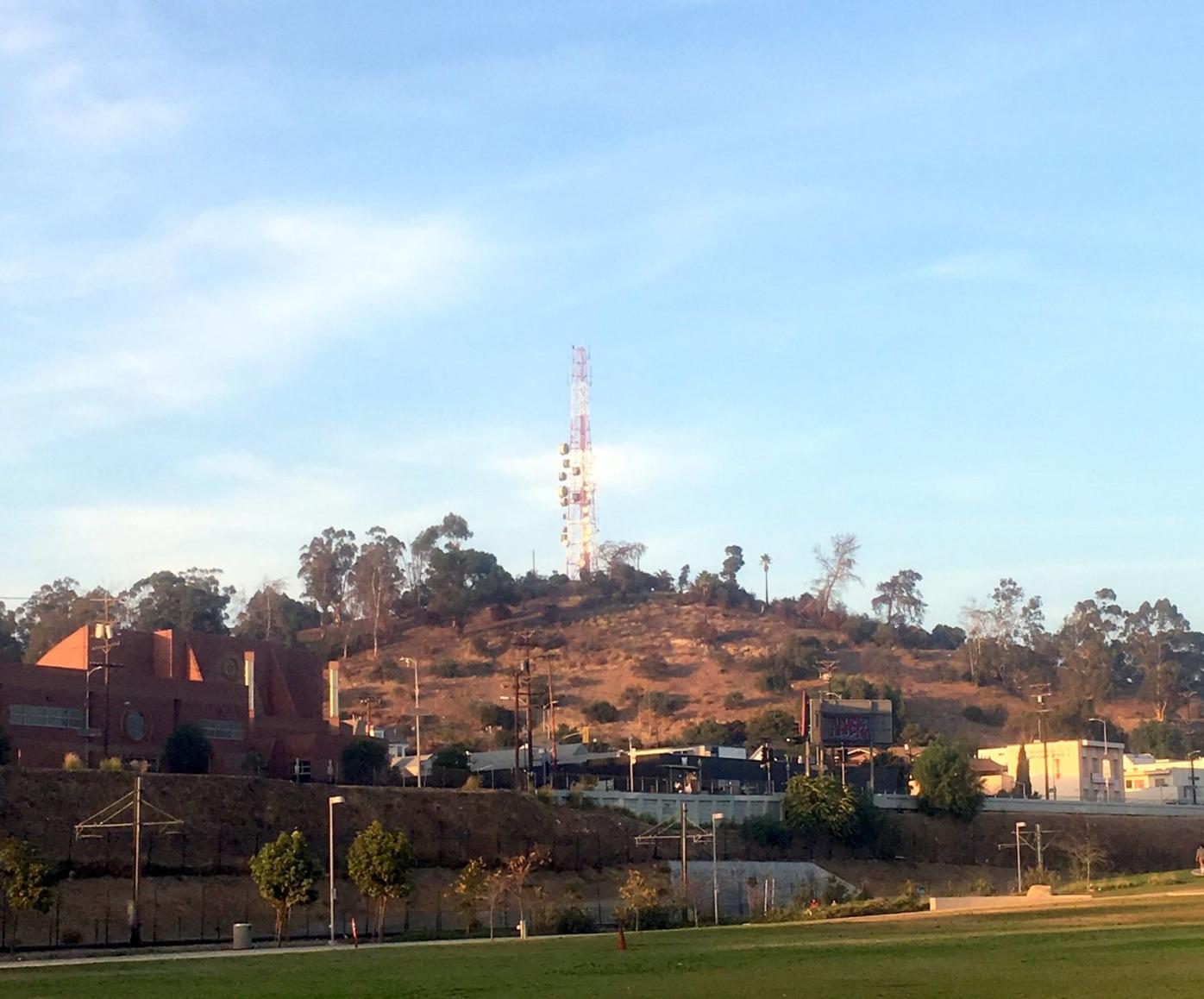 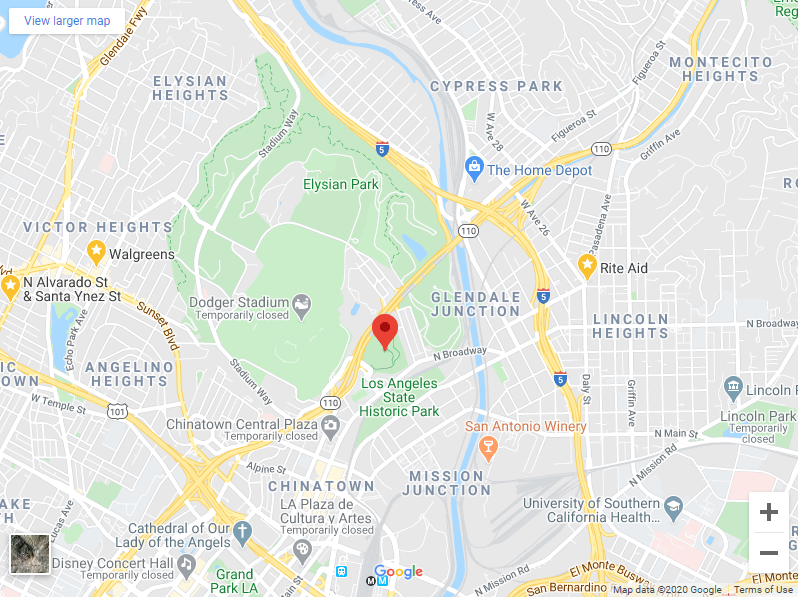 Radio Hill is located across the Arroyo Seco Parkway from Dodger Stadium.

How could a fire-prone hill in Elysian Park be made safer? Send in the dogs, says a park advocacy group.

The Citizens' Committee to Save Elysian Park says creating off-leash dog trails in the Radio Hill area would attract more people and their pooches to the remote corner of the park. That in turn would create more "eyes and ears" to discourage illicit activity and prevent and report fires on the hill.

The group has put out a petition to drum up support as the group lobbies Council District 1 and the recreation and parks department.

“Not only will this create an outdoor destination for local dog owners to explore, but we also believe a greater presence will help secure the radio towers and improve safety in the area,” said Taylor Renee Haynes, the secretary for the CCSEP. “Currently, this section of the park is mostly unregulated, resulting in illicit use that creates fire and security risks. Most people do not feel safe in this part of the park.”

Currently, dogs are required to be leashed in the city's second largest park (though a walk down some of the more popular trails would lead you to think otherwise). In fact, the Recreation and Parks Department is planning an off-leash park near on the west side of the Arroyo Seco Parkway near Solano Canyon.

The off-leash trails proposed by the Citizens Committee would be on the east side of the freeway, between Chinatown and Solano Canyon. Here, a grass-and-brush covered hill serves as a pedestal for a red-and-white radio tower used by the LAPD and other agencies. But it's also the site of numerous homeless encampments and fires -- so many that 1st District Councilman Gil Cedillo is seeking ways to safeguard the tower.

Currently, this is only a proposal with no plans or budget. The city’s Department of Recreation and Parks first has to approve the location, Haynes said. And although Haynes said her committee has long been in touch with Rec and Parks, neither the department nor the council office has issued a reaction to the petition, while the plan is still being formulated.

Off-leash dog trails would be different than a dog park

“Dog trails are more versatile than a typical dog park, inviting families, hikers, birdwatchers and others to also enjoy the scenery, as long as they're okay with off-leash dogs,” she said. “It would not be a place reserved only for dogs and their owners.”

As for the fires that have bedeviled this section of Elysian Park, the plan for a dog trail could give firefighters better access to scorched areas. And the presence of dogs, downers and hikers could actually lower the risk of periodic blazes in the first place, Haynes said.

“We believe that increased utilization of the pathways will reduce illicit use and offer more ‘eyes and ears,’ preventing fires from starting or getting out of control,” she said.

Would you support off-leash dog trails on Radio Hill?

Well, I think anything that can help control fires in this area benefits all, even the homeless.

There has been no inordinate amount of fires in that area. There are small (and large) fires all over the park every year. This is not being proposed due to some special high amount of fires there.

Illicit activity? Oh, yes, you must be referring to the homeless people who have lived there for many years, in an area few go to so they are no bother. Illicit, as in criminalizing homelessness. So, that’s what Citizens Committee to Save Elysian Park is now about? Set the dogs on them?

And the park group is worried that they need to “secure” the POLICE radio towers, I gather the police can’t do that, and there must have been a lot of attacks on the towers? Let’s blame homeless people for attacks on a police tower that no one has even heard of, probably has not happened.

Didn’t they just put out a plan for a off-leash location for dogs near the Elysian Park reservoir? Oh, yes, that’s even mentioned lower in the story.

I’ve been to that part of the park from time to time. I have always felt perfectly safe. Yes, there are some homeless people there, but they have never been a bother. But I know many people see homeless, and in their heads they see danger, even without any problems. I see too many with hate of the idea of a homeless person. I didn’t know this group had now become that. Gee, that attitude would cause the group’s founder, Grace Simons, to turn in her grave (actually, she was cremated). Not one word of helping them, instead send in the dogs and make up allegations.