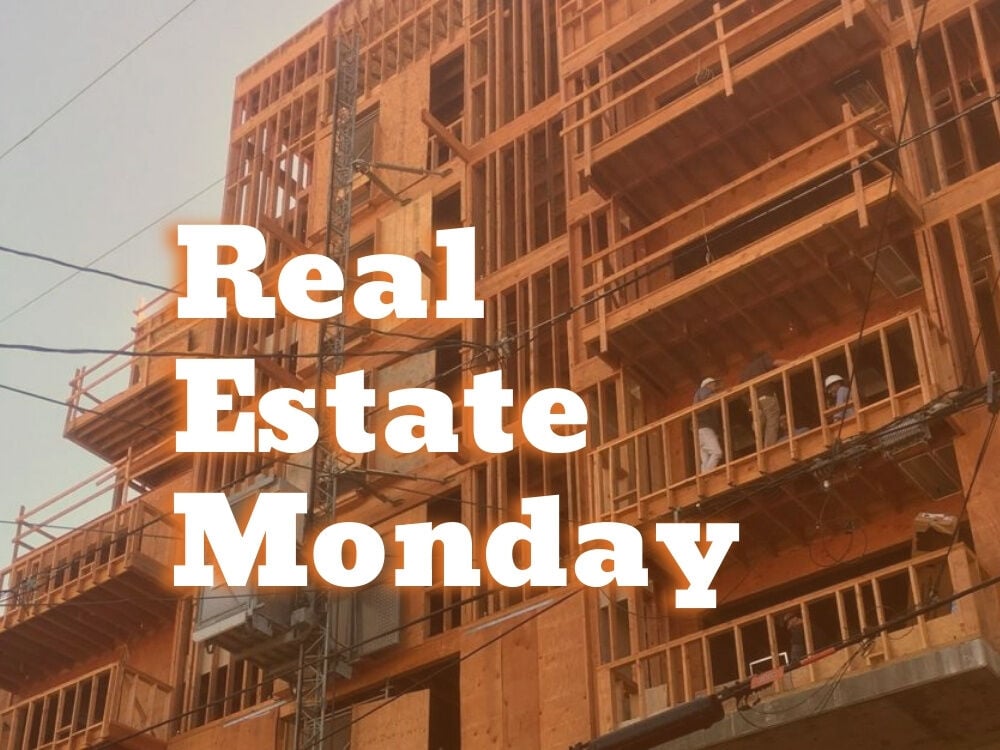 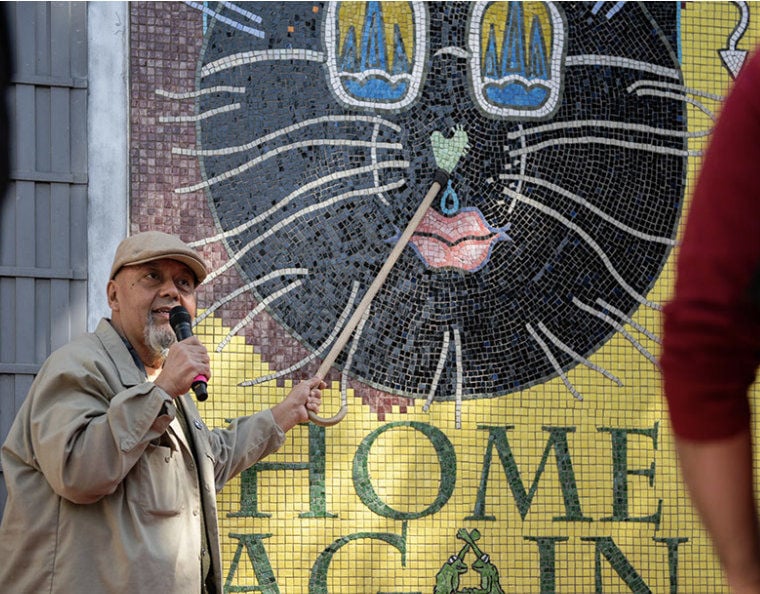 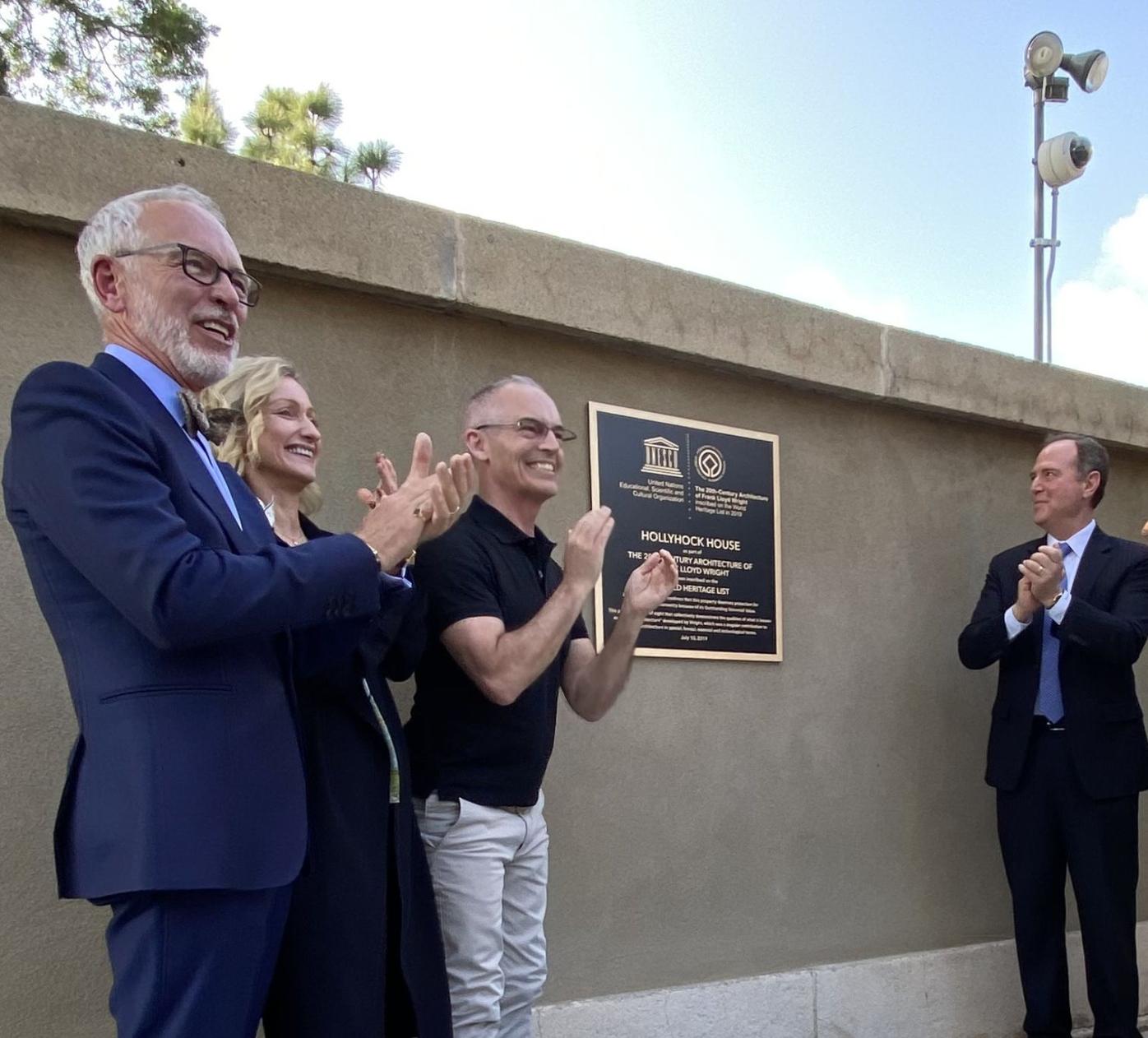 In this issue of Real Estate Monday, a six-story, mixed-use project has been proposed for Virgil Avenue; the International Institute of Los Angeles in Boyle Heights has been nominated as a historic landmark and actor Luka Jones is asking $1.15 million for his Los Feliz home.

Read on for details!

Muralist Leo Limon and artist Jose Antonio Aguirre unveiled a glass mosaic mural during a ceremony at Atwater Union,  new 10-unit new live-work development in Atwater Village. The 8-foot by 6-foot  “Home Again” mural is based on the famed cat murals called “LA River Catz” that Limon (whose work hangs in the Smithsonian) has been painting on storm drain covers along the LA River for over 40 years. (Atwater Union is an Eastsider advertiser)

An application has been filed to make the home of the International Institute of Los Angeles a historic cultural monument. The building at 435 South Boyle Ave. was completed in 1932, according to the L.A. Conservancy. Designed by Webber & Spaulding, the Spanish Colonial Revival features two courtyards, where recent immigrants have often gathered for special events and holidays. The Institute was established in 1914 to help newly arrived immigrants integrate into their new lives in Los Angeles.

A plan has been filed to put up a six-story mixed use building with 37 units at 700-710 Virgil Ave. Just on the other end of the block from Sqirl Cafe, this location is currently listed as the location of the Independent Taxi Cab Co.

The official plaque designating Hollyhock House as a UNESCO World Heritage site was unveiled this weekend at a ceremony featuring Congressman Adam Schiff, L.A. Councilmember Mitch O’Farrell, and staff from the City’s Department of Cultural Affairs. The hilltop residence designed by Frank Lloyd Wright for an oil heiress was named as a UNESCO World Heritage site last summer in recognition of its global importance.

A developer has proposed building a 4-story apartment building on a site now occupied by a 105-year-old Echo Park residence, The Eastsider. It's part of a batch of new construction that is much higher than neighboring buildings on Echo Park Avenue.

The frame is complete for a 70-unit project going up at 1750 N. Glendale Blvd., Urbanize reported. The five-story building is to have 62 standard apartments, and eight live/work units fronting the street.

Luka Jones - whose acting work has included the movie "Her" and the TV show "How I Met Your Mother" - has put his hillside home up for sale at just under $1.15 million, Variety reports. Jones bought the mid-century 2-bedroom/2-bathroom more than a dozen years ago for $800,000. The house is mostly hidden from the street, but has views over the city from the bedrooms.